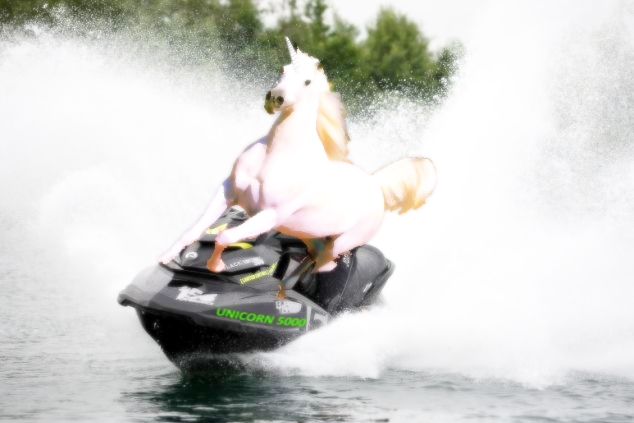 Did we finish all of our maintenance tasks? No.

Did we sail anyway? Yes.

Even though we did a deep cleaning a few weeks ago, we did a little more—being in the work slip for so long while our mast was down made Fortuitous dirty again. I took a first pass at tuning the rig. And then we’d had enough.

We quickly prepped the boat for sailing and motored out into the dreary afternoon. 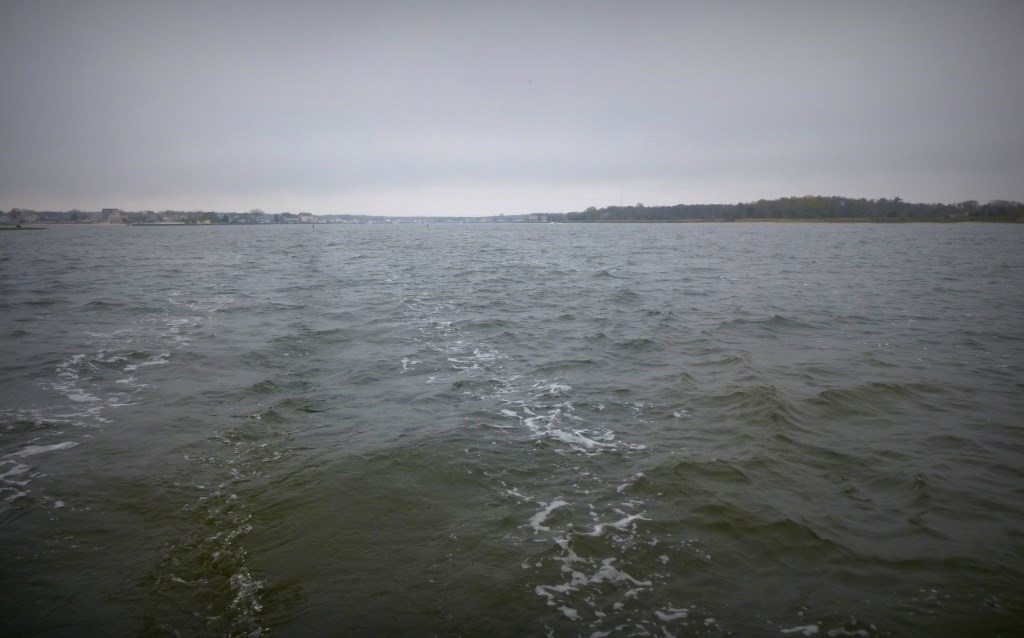 We hoisted the main in the mouth of the creek. Winds were light and the bay was relatively empty. Jen wanted some time on the tiller, so she took the helm and we sailed around on the just the main for a bit, first sailing straight across toward Island Beach and then tacking north. 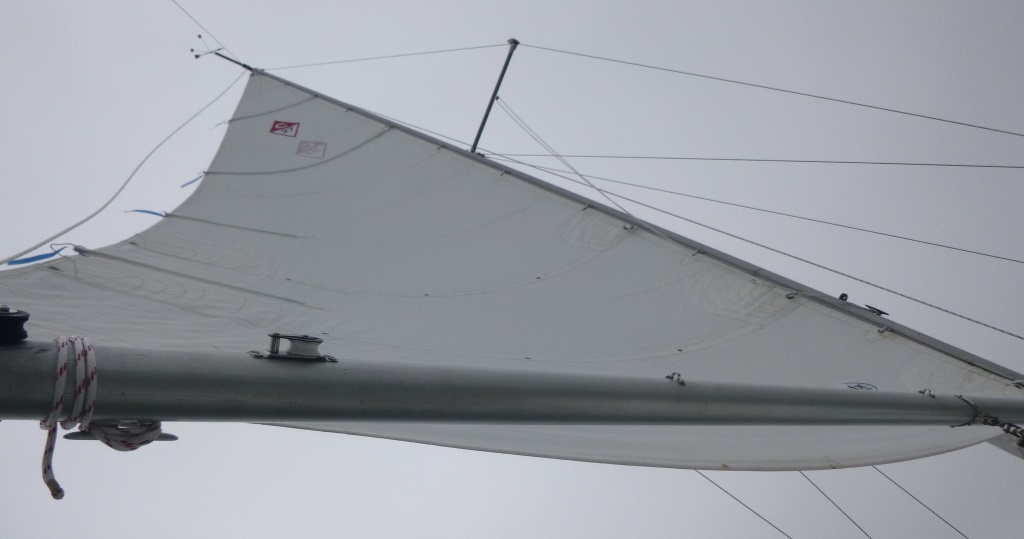 When we got near Marker 39 I took the helm. We came about, fell off onto a broad reach, and unfurled the headsail. The boat powered up nicely and we continued south. It had been kind of misty all day, but just south of 40 we could make out a line of dense fog ahead. I’m not sure that I’ve ever seen such a strong delineation…it was like a special effect from Cabin Boy (“Eh, purple lightning. That’s always a good sign.”). I might not have believed it if I hadn’t seen it, although it was difficult to capture in a photo. 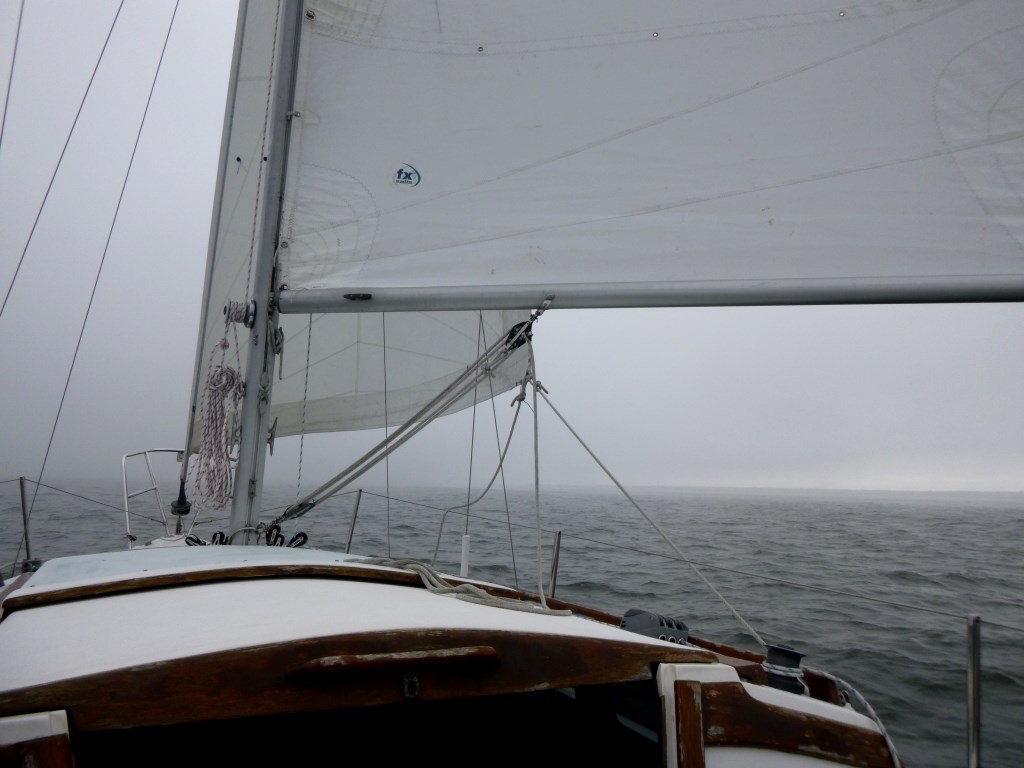 We were soon on the edge of it, and not wanting to repeat the blind point-to-point navigation that we did on our delivery, we fired up the engine and headed for home. It seemed like a bunch of boat traffic showed up as soon as no one could see, which was a little unnerving. We turned on the nav lights and had the horn at the ready, but there were no issues.

While navigating the channel back up the creek, some dudes on jetskis squeezed into the channel with us as we were going between two channel markers (and the creek’s channel is ridiculously narrow this year). They weren’t doing anything dumb and were going very slowly, but I still took the opportunity to mutter something to Jen about how they don’t draw anything and could have easily gone on the other side of the buoys. Jen said “Hey, they were courteous, reasonable jetskiers. You don’t tough-talk a unicorn.”

How is this not already a saying?

By the time we got back to the marina and had the boat put away, the fog was visible in the creek, so we probably made the decision to return at the right time. 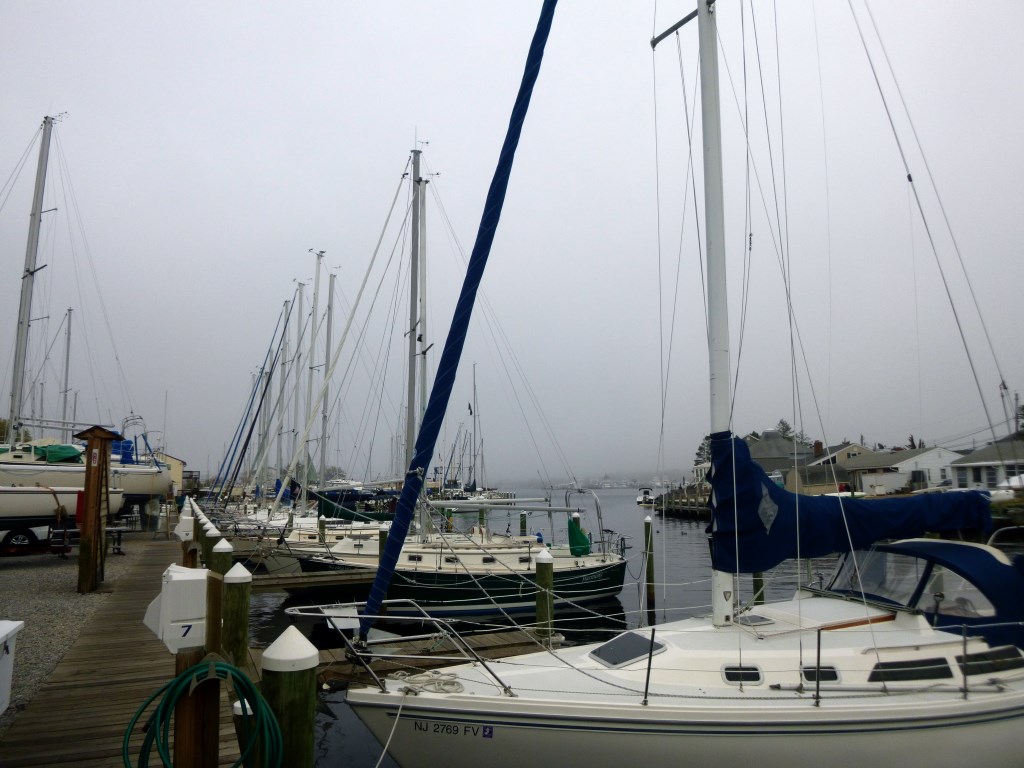 As we drove away, we stopped to take some pictures of the marsh in the fog. I don’t like sailing in it, but we don’t get it that often and I find it fascinating from land (see Fogged In and Warmer Climes). 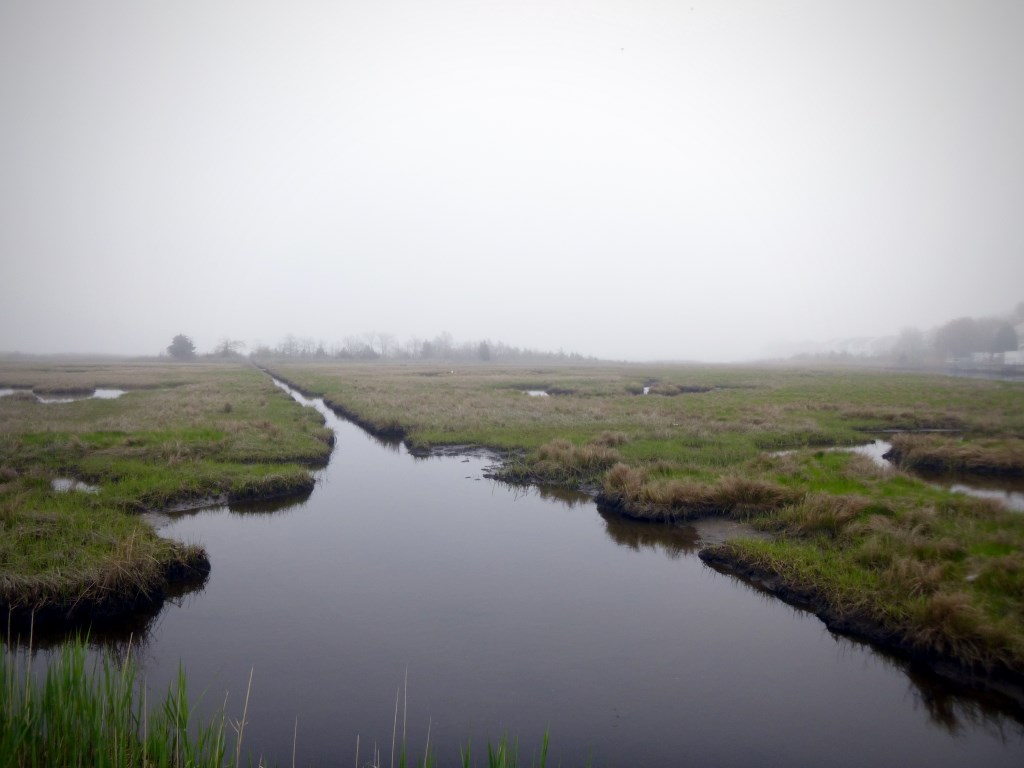 Fortuitous performed well in our brief shakedown. We still have some remaining maintenance tasks, but a little sailing goes a long way toward restoring my already-fragile sanity. Even a short sail in sketchy weather…that moment when you turn the engine off and just keep going can offset a lot of nonsense.

And remember: you don’t tough-talk a unicorn.