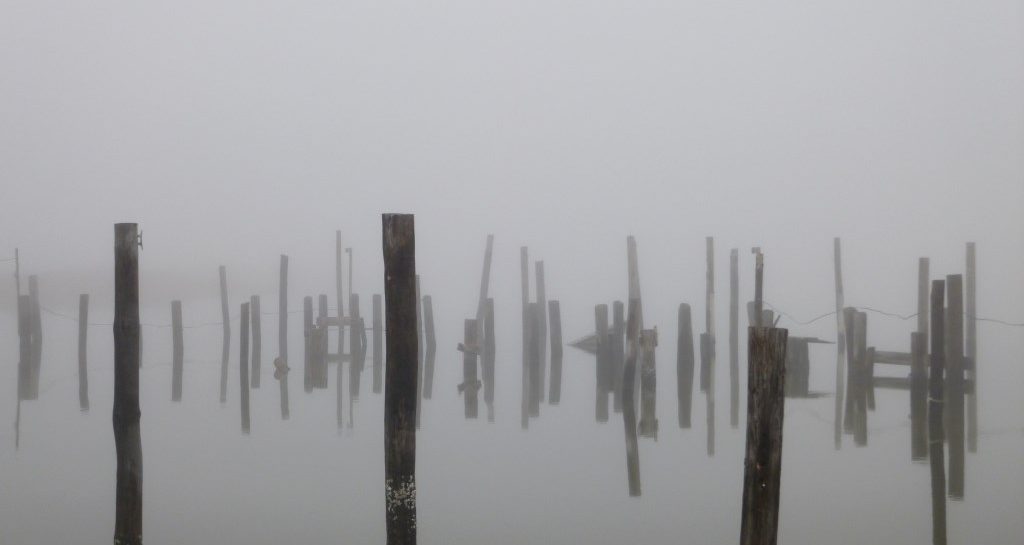 Of all the things that could have kept us from sailing in November, I would not have guessed that today’s attempt would be blocked by fog.

Cold? Yes. Crazy winds? Sure. Snow? Not out of the question—in fact we had some very light snow earlier this week (so I’m told). But fog is a weird one. We’re not in San Francisco or the Grand Banks or something, and the only fog we get usually burns off by mid-morning. This stuff was thick and appeared to be sticking around.

I wasn’t worried about navigating, but I was worried about getting clipped by a powerboat. If there was wind, it may have been a more difficult choice, but the meter at Trixie’s was reading 0.0. We made the best of it and continued our preparation for winter, removing all of the non-essential sailing stuff from the boat. We’ll now be able to completely winterize her in a single trip, should winter sneak up on us, but we can still sail if the temperatures hold out.

The still air made for some ethereal photos. 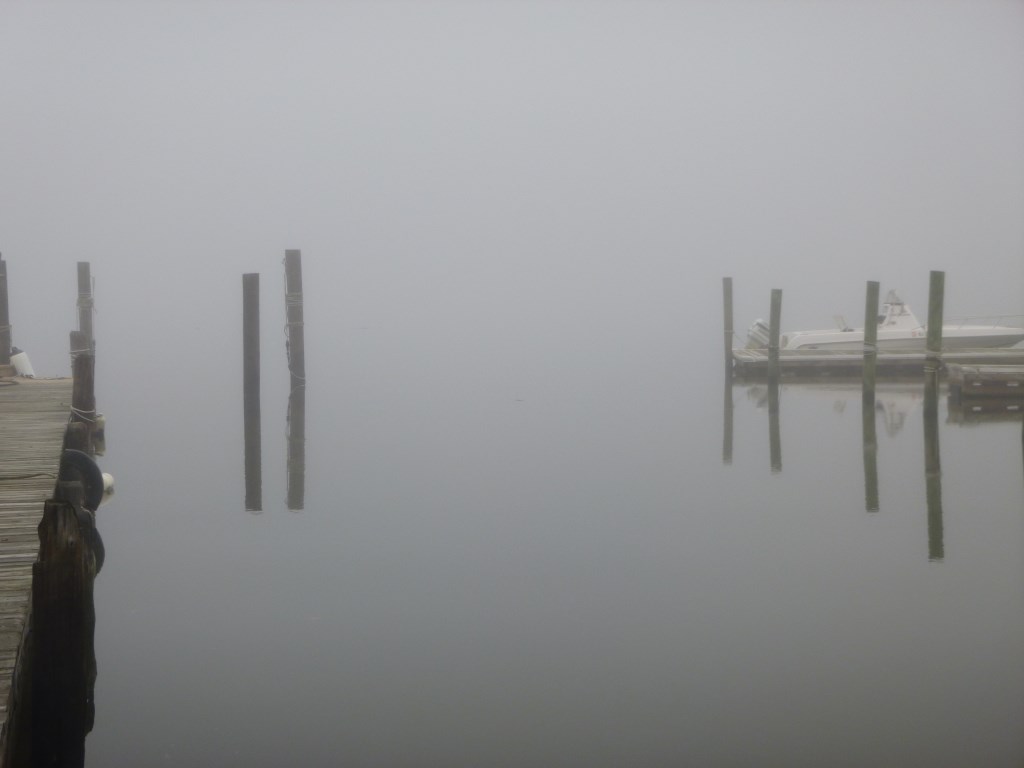 On the other side of the peninsula, there was slightly more wind. Still not a great sailing day though. 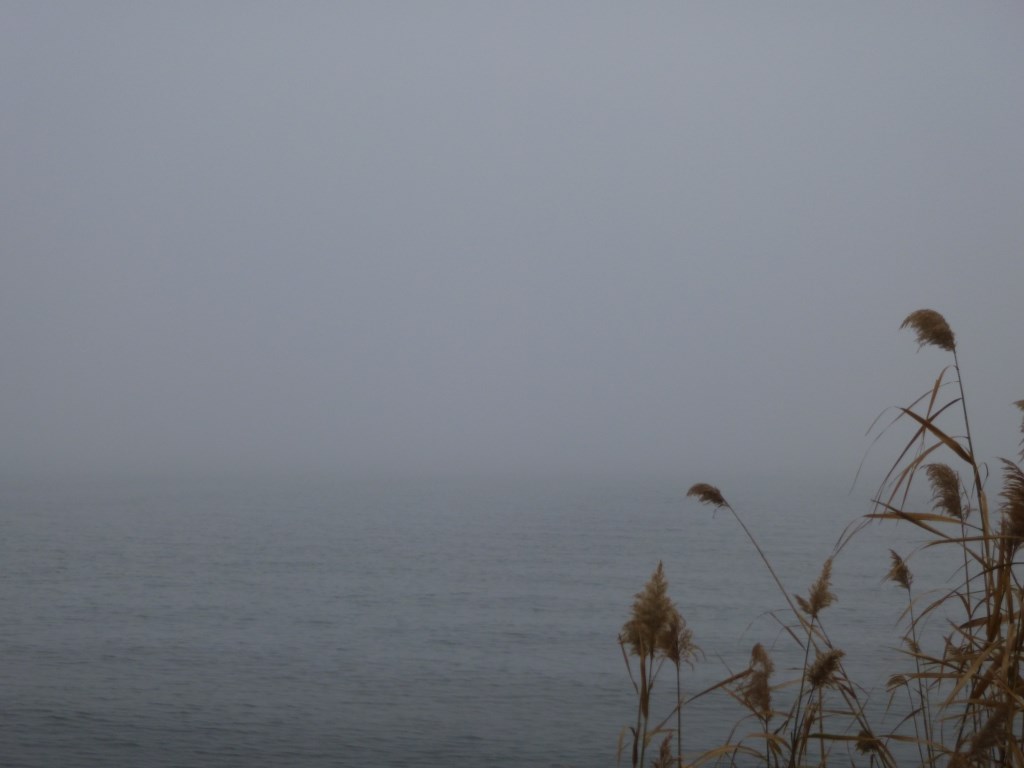 We’ll keep trying. I think we’ve got at least one more sail in us this season.

There are more photos in the Gallery here: /gallery-fogged-in