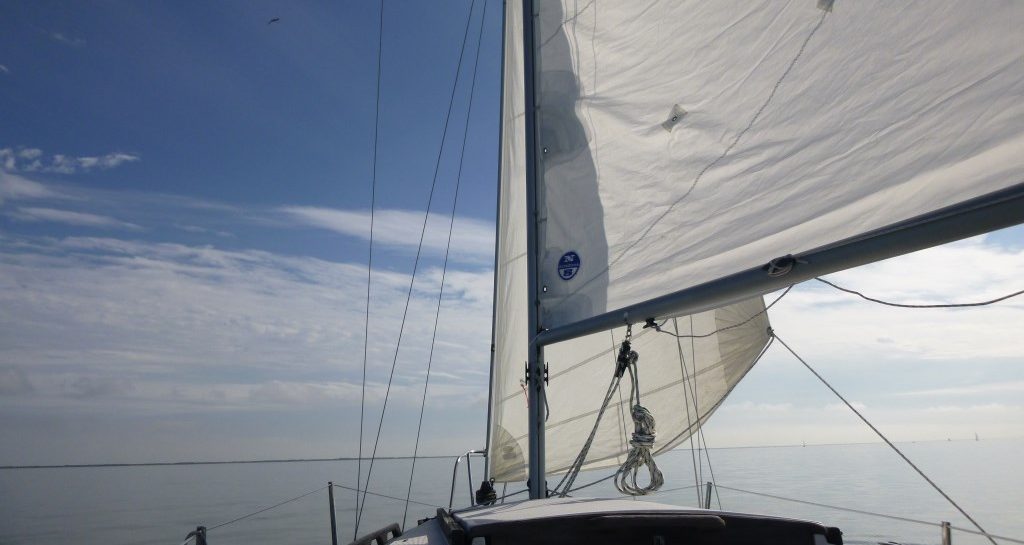 Everything finally came together and we were able to extend our sailing season into November—our first sail past Halloween. While this time of year can tend to get a little nasty, we found a calm day between a gale warning and a small craft advisory and snuck in a relaxing little float around the bay. 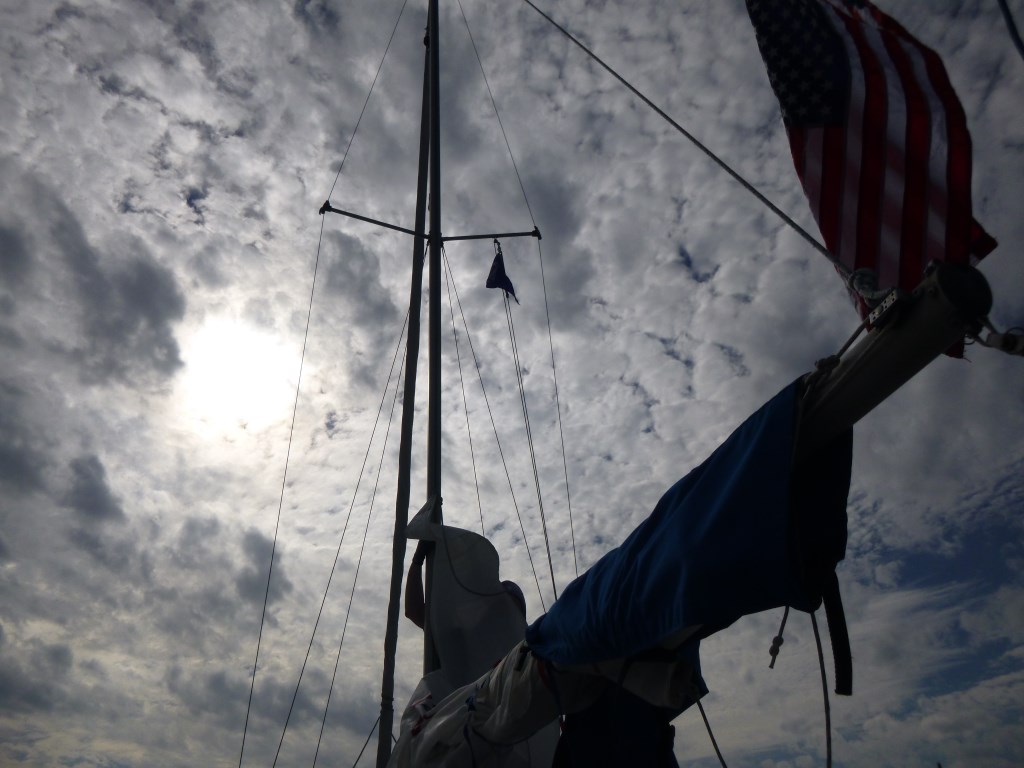 One of our main goals was to try out our new small jib. In a previous log entry, I mentioned how we had our old hank-on 110 converted to luff tape so that we could fly it from our furler. Our 150 often leaves us overpowered in spring and fall sailing and we’re forced to reef down at the sacrifice of sail shape. The thought was that it would be nice to have a dedicated smaller sail as a better option for rougher weather.

Of course, on the day we decided to try it out, the wind was barely scratching 5kts. This is precisely the type of whether where the 150 excels. We weren’t really out for speed though [this is foreshadowing] and we wanted to make sure that it fit before the sailmaker forgets who I am, so we ran it up. It’s actually a little smaller than 110 now (which was intentional) and it doesn’t go all the way up the forestay, but it worked fine.

You can also see there how flat the water was. This is the calmest we’ve seen it all year, which I’m sure was helped by the general lack of boat traffic. There was a lot of chatter on the VHF from fisherman, but they were mostly out in the ocean looking for stripers, leaving the bay empty. There were a few sailboats though, and I was watching a couple of them a mile off our starboard bow.

The boat in front was a Chrysler 22, and the boat behind him was a Catalina 25. It wasn’t clear if the Catalina was trying to catch up to a buddy or if he was hunting for a race. Not a formal race, of course—just that thing where two sailboats are headed in the same direction and someone obviously has to lose. We were headed basically that way, so took a course to intercept and started trimming a little more aggressively.

They had such a huge lead on us, I was surprised that we caught up, but we did. The 25 passed the Chrysler, which wasn’t even flying a jib. We eased past them too and then wanted to see what was up with the Catalina 25. Years of racing on the Delaware with Sailor Steve have taught me a few things about sailing in light wind: Jen and I were both to leeward to heel the boat, with our weight forward to keep the transom from dragging, and all of the controls were set pretty lightly to put some lift-inducing draft into our sails. Even with our little headsail, we made the pass. 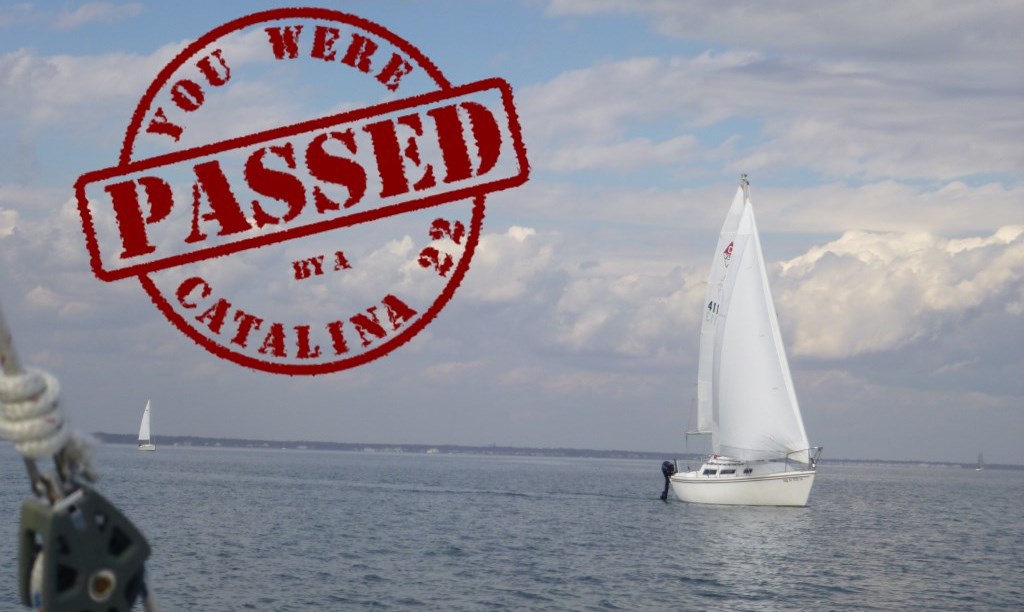 We were running out of water on that side of the bay so we turned to starboard and headed off on a broad reach. I’m pretty sure that if the 25 would have made the same move he could have taken us, but he tacked and headed the other way. We had a very slow sail in front of Tices (I think…it’s difficult to tell where Tices is where there aren’t 500 boats in it) as the wind clocked around to the south. We had plenty of time to take pictures of the crazy cloud formations that were blasting through quickly at altitude, despite the calm at sea level. 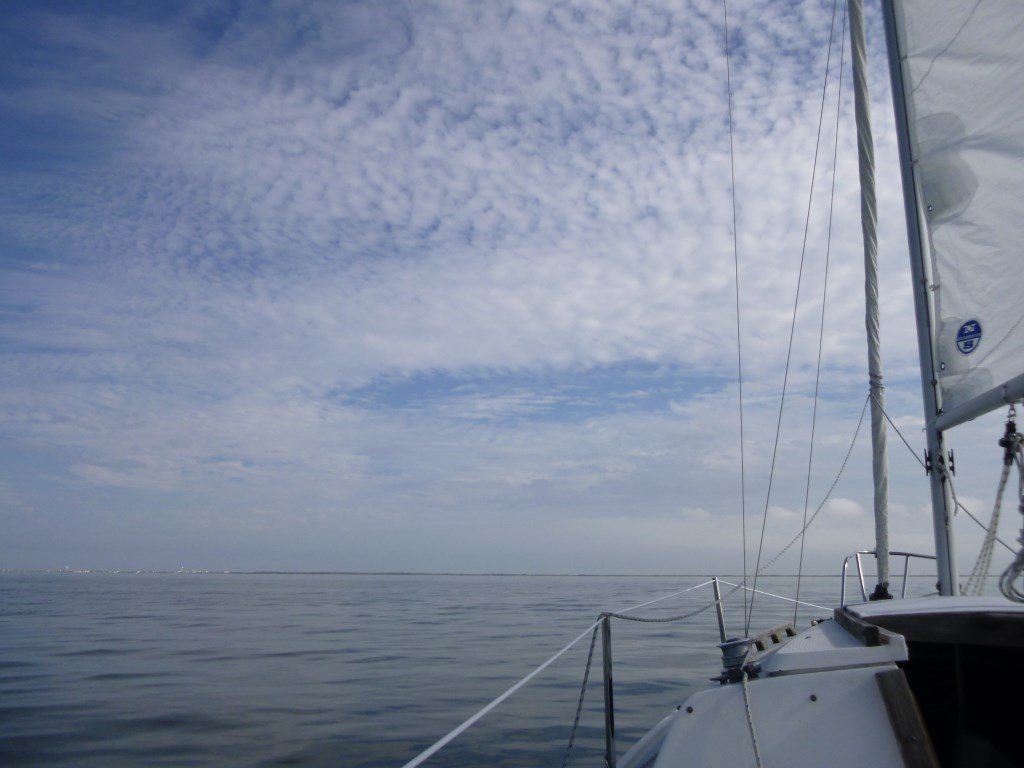 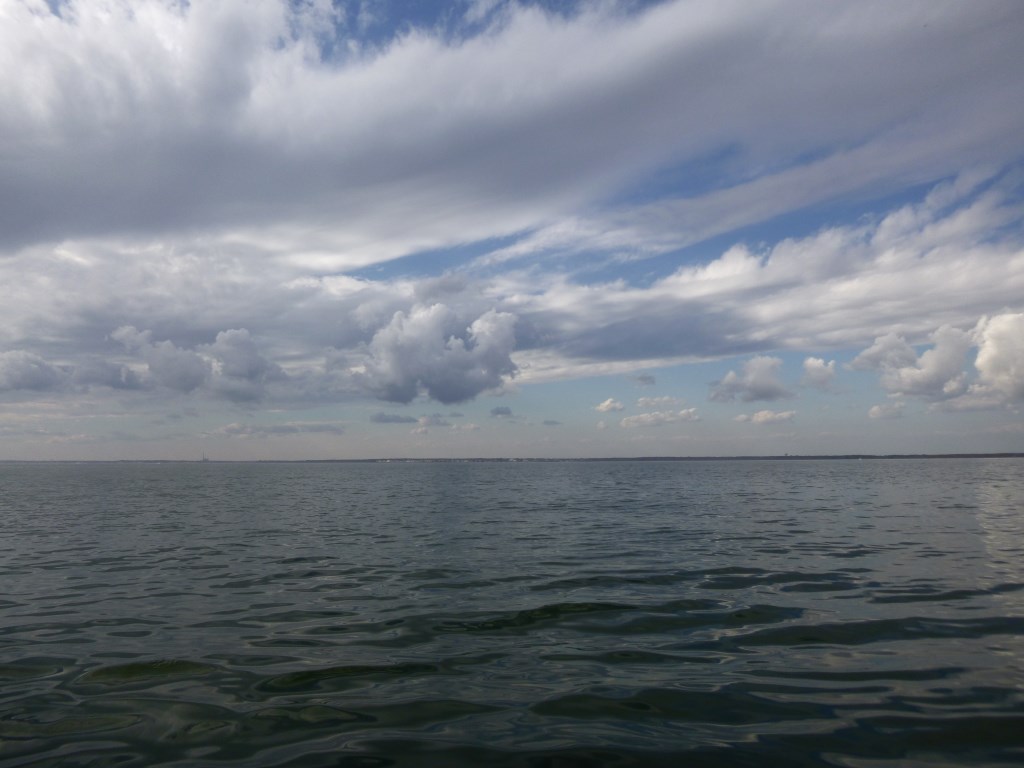 We turned around when we got about as far south as Forked River and very slowly made our way back. I think Jen was sleeping on and off for some of it, which I suppose could be interpreted as a measure of boredom, but I prefer to think of it as a representation of just how chilled out we were. We might not get many more reasonable sailing days this season, but we haven’t yet done anything that would keep us from trying again. Certainly light winds and temperatures in the 60s were more than we can expect for this time of year, and we were really glad to have another opportunity to get out there. 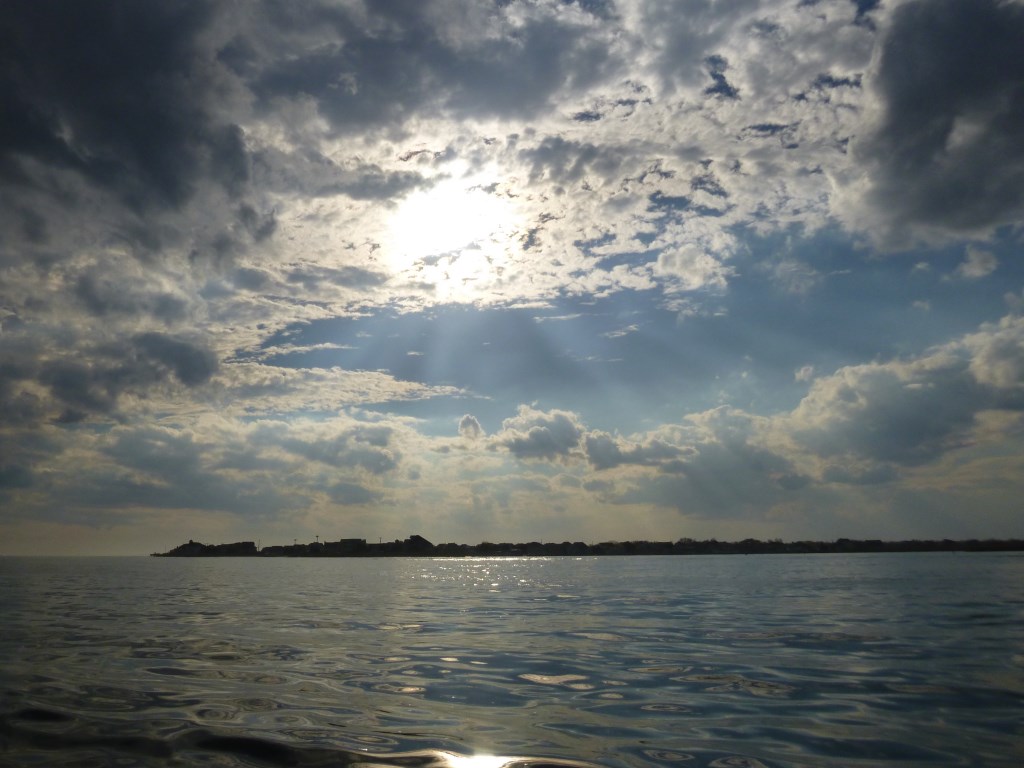 2 thoughts on “Sails Between Gales”