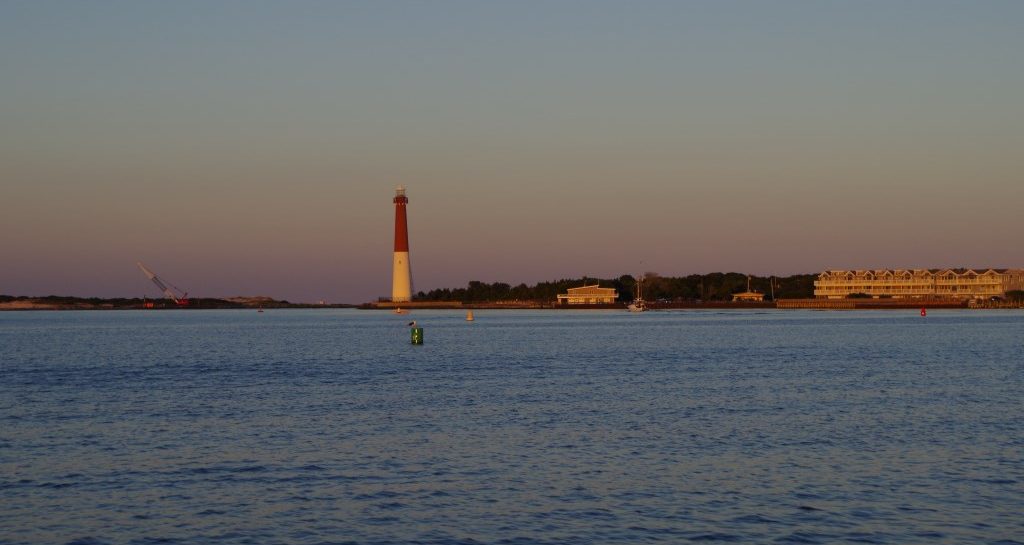 Short days, pervasive overcast, coat weather, and a yard full of unraked leaves mocking me: it’s that time of year when sailing feels like it’s an impossibly long way off. But perhaps it’s an ideal time to reflect on a season well-sailed.

Given my delight in the derision that my university’s English department always displayed toward the journalism department, I’ve tried hard to think of a way to intentionally bury the lead in this log entry, but I just can’t do it: we got a new boat. 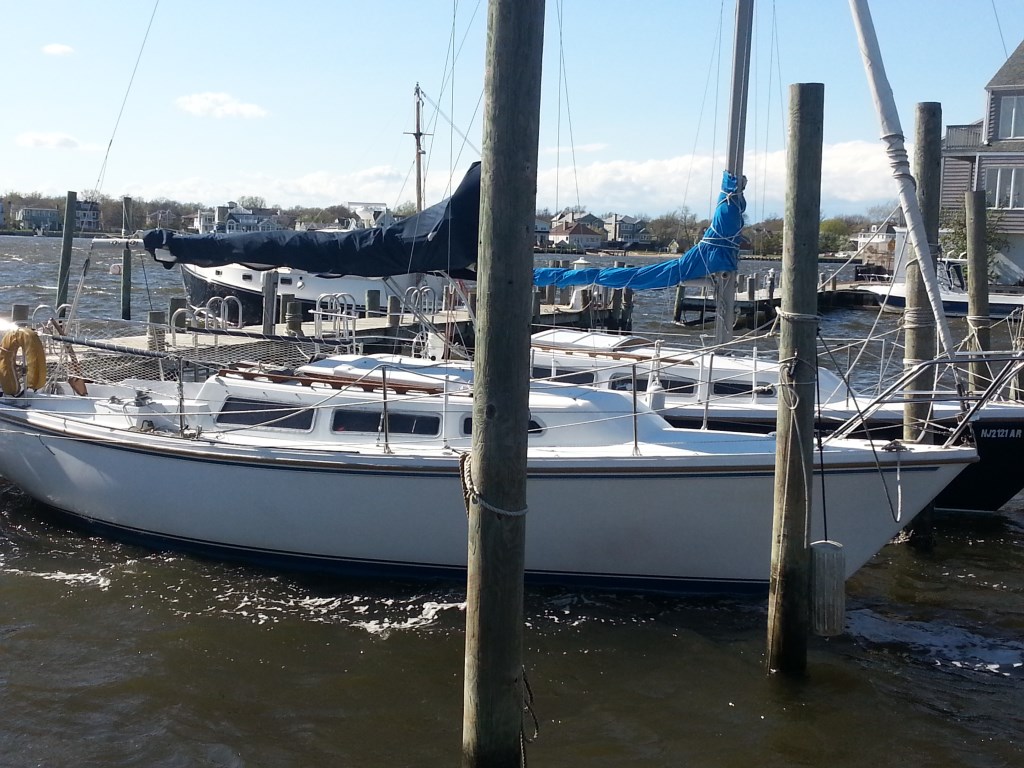 It wasn’t an easy process. We had deep and genuine affection for our Catalina 22, and after our first visit to the Catalina 27, we declined to make an offer—I just didn’t have the immediate emotional connection that I expected. The weeks that followed were arduous, however, as I contemplated the decision in some kind of bizarro non-buyer’s remorse. After a lot of thought, a lot of discussion with fellow sailors, and a blown deal between the seller and another potential buyer, we got a second opportunity and seized it. Our new Fortuitous has been a giant leap for us.

One of the reasons that we wanted to move up to a bigger boat was so that we could expand our cruising range. As much as we loved the 22, I never really felt comfortable taking her beyond the barrier islands and out into the ocean. We broke through that barrier on our very first trip in the 27 when we sailed her from the Shrewsbury River, around Sandy Hook, and out into the Atlantic to get her home—and we did it blind. 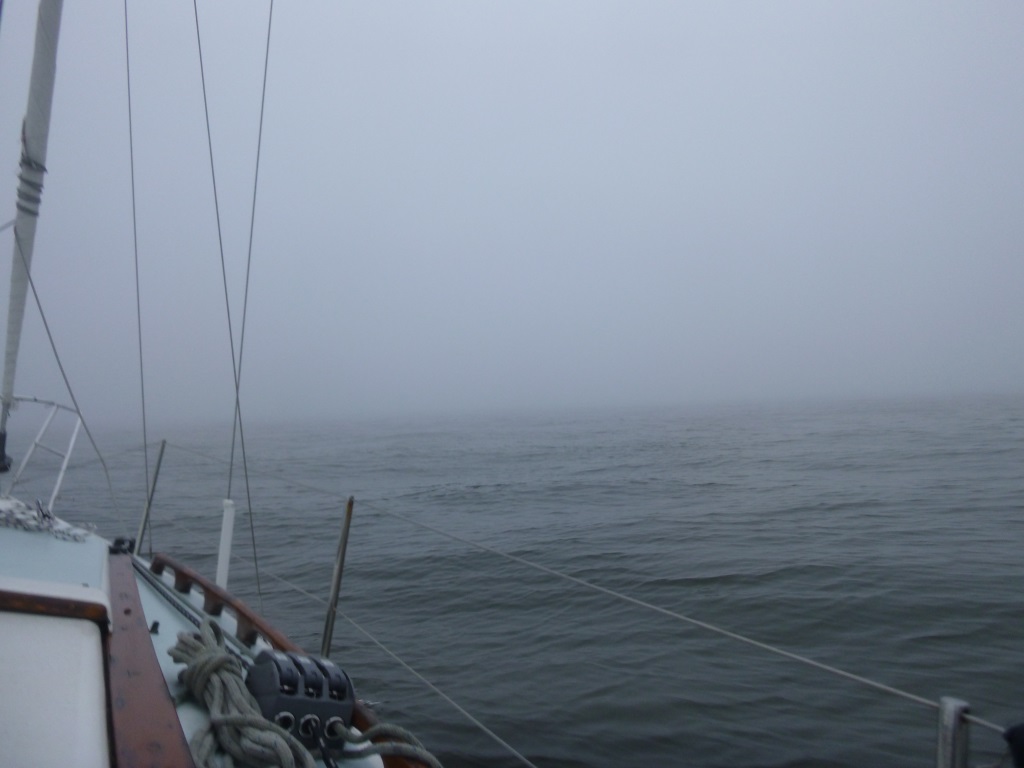 While we might not have been out of sight of land in the traditional sense, we certainly were in the literal sense, because we were enveloped in a fog that required us to draw on every scrap of seamanship that we’d stashed over our previous 4 or 5 years of sailing. Dealing with invisible ships, an inlet, a canal, and the Baltimore Shrimp Box (without the advantage of a real chart plotter, radar, or AIS) made for an exciting and occasionally terrifying trial by water. The full account is still a little nerve-racking for me to read, even though I know how it ends.

The delivery wasn’t our only foray into the ocean this year though. Determined to actually see the ocean in which we were sailing, we set out again on our trip to Atlantic City. The major mental hurdle for that trip was traversing Barneget Inlet, which has a reputation as a nasty place for a sailboat. Leaving Myers Hole before dawn and watching the sun rise over the ocean as we made our way out into the infinity was amazing, and Jen has described the sail that followed as one of the best experiences of her life. 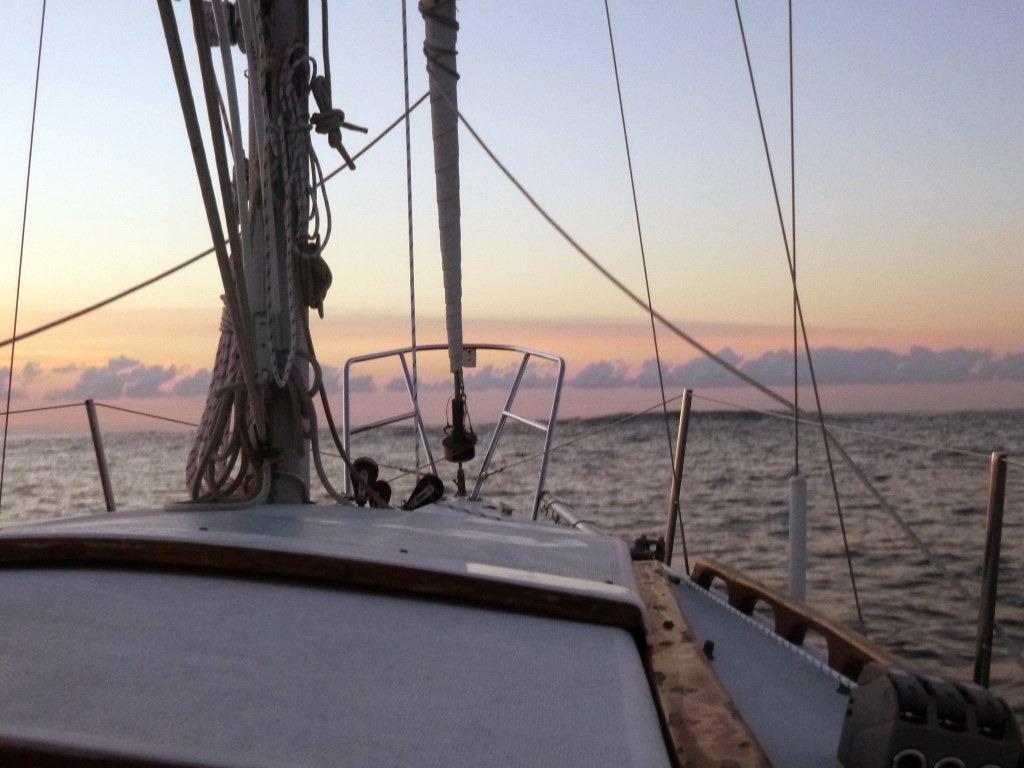 The return trip and some of the intermediate equipment blunders were another story, but we made it. I’m hoping that leaving Absecon Inlet on an ebb with opposing onshore gusts to 20kts was our Cattus Island Event on the 27—the moment when we earned our faith that the boat will absorb far more abuse than her crew.

Another entirely new facet of sailing for us this season was racing. I’ve been racing on other people’s boats for years, but it was exciting (and humbling) to take the skipper’s seat. I don’t think Jen was necessarily looking forward to racing—she doesn’t seem to have my competitive streak—but when I asked her for her list of sailing highlights for this year, she included the long distance race among them. Even with two reefs in, we held off the bigger faster boats for far longer than was reasonable and wound up in second place by 38 seconds in corrected time. 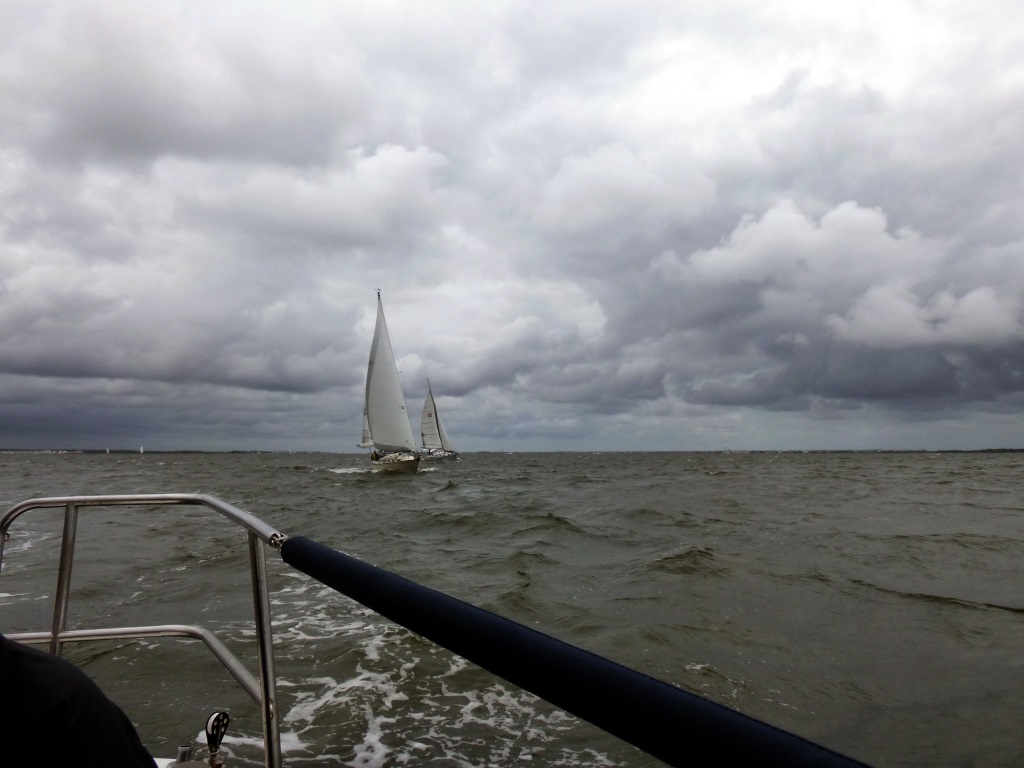 While we didn’t place as high in the Tall Oaks Challenge Cup, we did confound a couple 34 footers who absolutely could not pass us downwind. 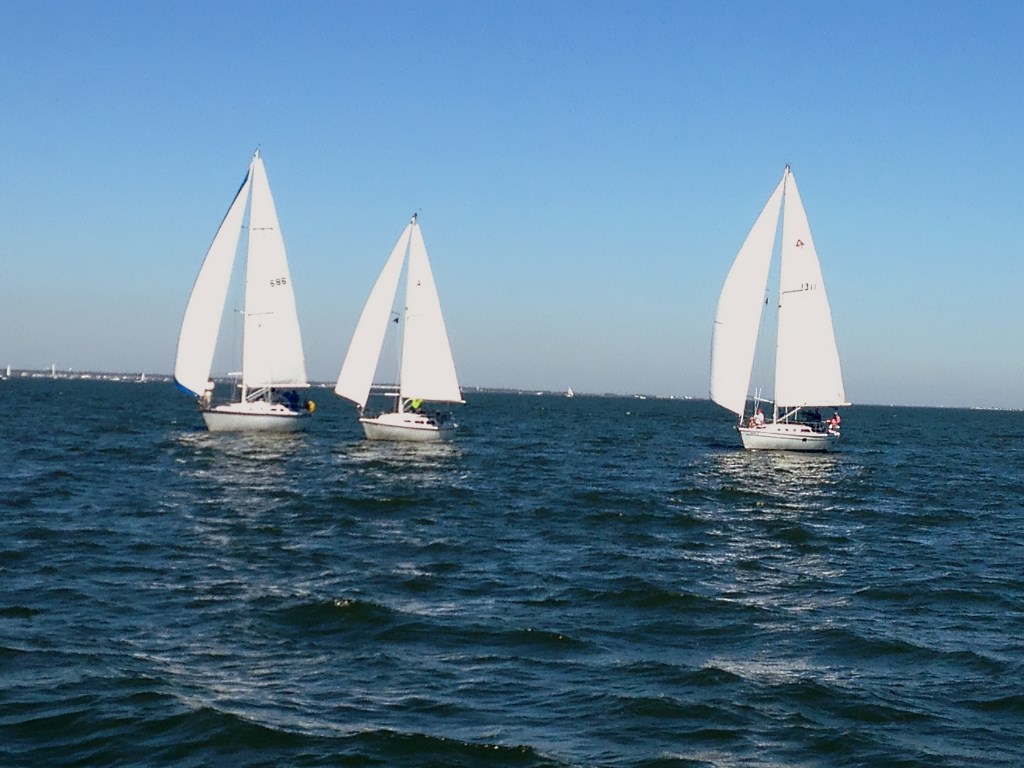 In all, I don’t think we had a bad showing for our first season of racing. Special thanks to Sailor Steve for crewing with us, and we hope he can join us again next year. Here are the full racing results:

In addition to our racing and ocean sailing, we did a lot of the typical sort of daysailing and weekending in the bay that we’ve always enjoyed, and we did it in a lot more comfort than ever before. If given a choice between being known as gritty or elegant, I’d almost always choose gritty, and there were many things that I loved about sailing a pocket cruiser with no amenities, but I’ve come to accept that there are no bonus points for sleeping in separate bunks from your wife or adopting a catcher’s stance to pee.

We did have a few setbacks. For example, I have about five outstanding tasks that are going to require a trip to the top of the mast and we still don’t have a functional boom after bending it in the Frostbite Race. I’ve been focusing on that stuff a lot lately in my day-to-day, but in going back through the 2014 boat log entries in preparation for writing this, there were a lot of good times that deserve remembering:

This has been a momentous year for us. Our new boat has exposed us to exactly the sorts of challenges and opportunities that will enable us to take our sailing skill to the next level. Despite the early trepidation, we have no regrets. We were ready.