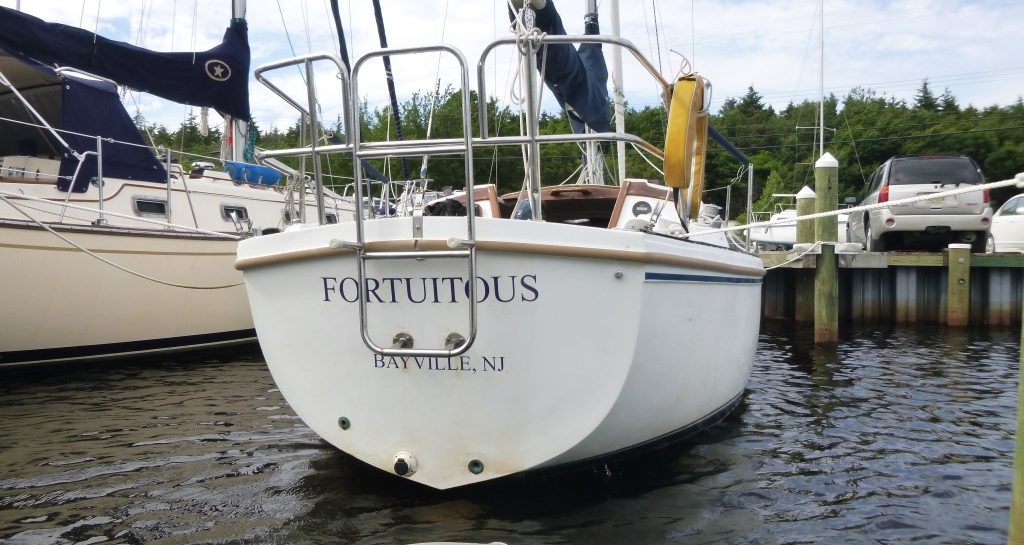 Jen and I celebrated the solstice like any normal Americans: by spending some quality time on the boat and performing an intricate series of arcane rituals. 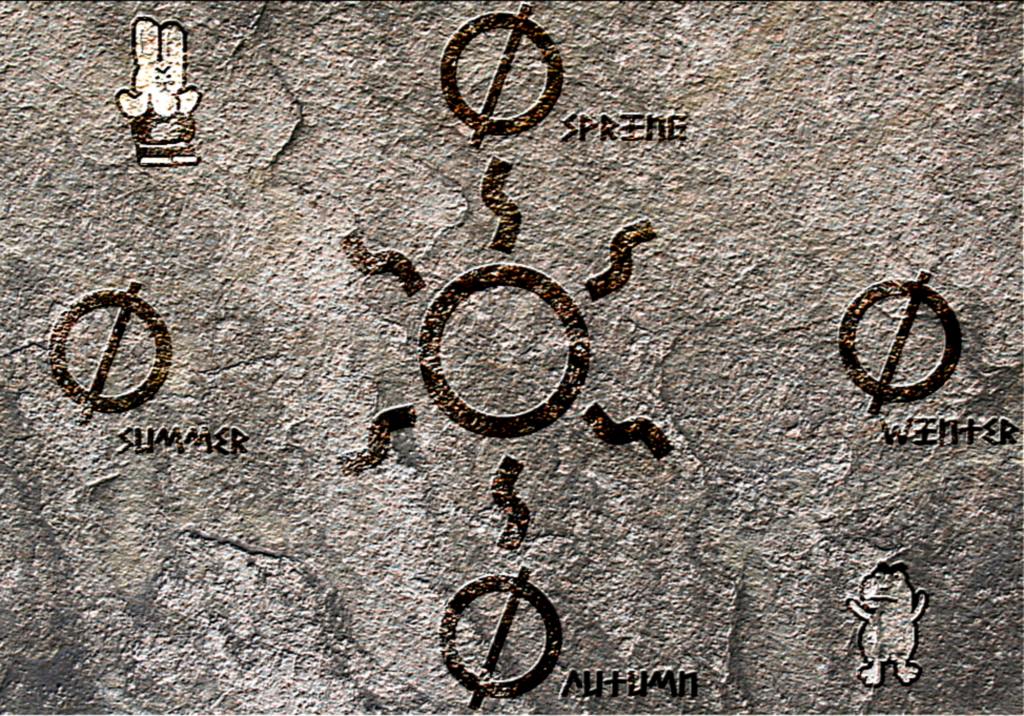 This past weekend was the summer solstice in the northern hemisphere. This is the official start of summer and the longest day of the year, when the tilt of the earth’s axis is inclined most toward the sun. We went down to the shore late Friday night after work with the idea of anchoring out at Berkeley. 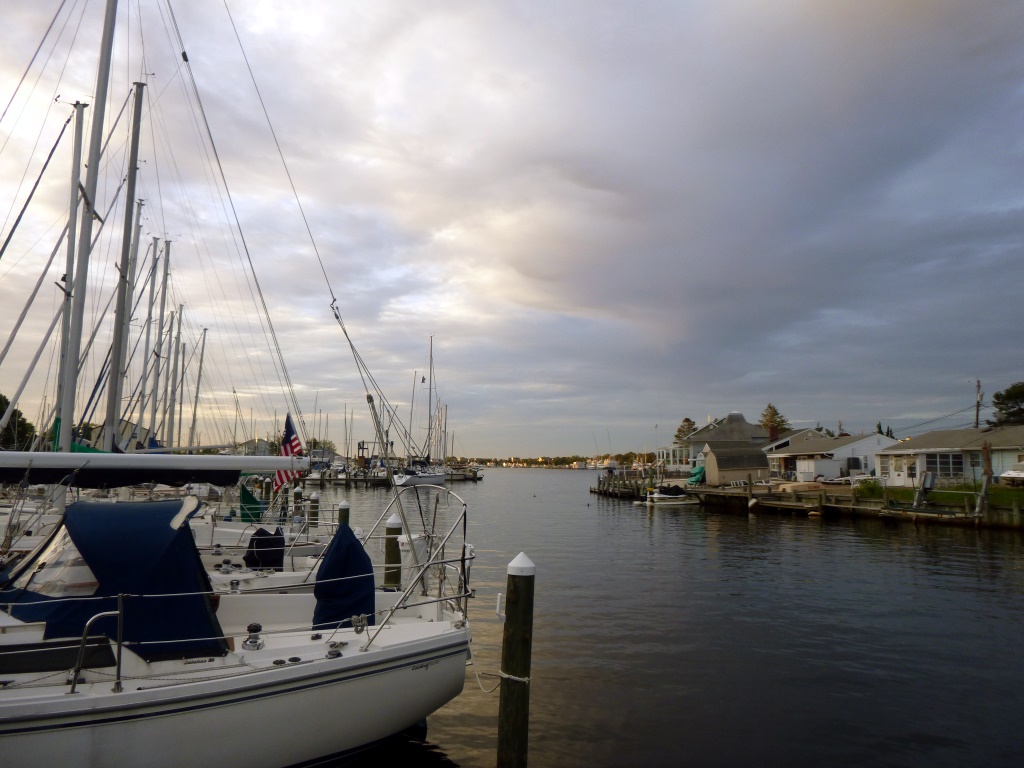 This photo of early morning on the day of the solstice attests that we didn’t make it. It occurred to me at some point that we don’t really know where the channel markers are in the dark. Some version of the channel is shown in our charts, but it’s far from accurate…the state pulls the buoys each fall and puts them back with fresh soundings in the spring, and as each year goes by the channel gets more and more narrow (and shallow). The first two marks can’t be more than 20ft apart, and we didn’t want to risk starting our weekend by running aground just outside of our marina in the middle of the night, so we just slept on the boat at the dock.

We switched things around and made Saturday our maintenance day. The first order of business was to finally perform the de-naming ceremony on our boat. I had long dreamed of donning a Thurston Howell III-style yachtsman’s costume for this, with Jen beside me, dressed in something that would be in a tattoo parlor’s idea book on a page labeled “Sexy Mermaids,” but when the time actually came we opted for a more subtle affair in our normal boating attire. We used John Vigor’s Interdenominational Boat Denaming Ceremony to perform the rite, and we followed it as closely as possible. The one area in which we may have strayed was in the value of the champagne that was sacrificed. I didn’t go with the cheapest option—and believe me, I looked long and hard at the $3.99 bottle of Banana Red Asti that appeared to be in the vein of a sparkling Night Train. We wound up with a lower-mid level Californian, supposedly made in the méthode champenoise, but probably still closer to a Chien Enragé than a 1928 Krug.

With the libations offered, we were able to proceed with other maintenance tasks. I removed the lower lifeline so that we can actually grind our jibsheet winches. I re-routed the furling line to port so that we could open the anchor locker more easily. I brought our new anchor aboard, and there was a brief shining moment when I thought “Oh, maybe it does look more in scale on the boat, when it’s not taking up my entire desk at work or half of our living room floor,” but in the end, no, it’s way too big. Sailors love to upsize their anchors, and I understand the sentiment, but with the configuration of our bow and our complete inability to mount a roller there, we’re going to need to downgrade to the appropriately sized anchor and send this one back for someone to use on their frigate. The last maintenance task was to put the new name on the transom.

I’m so happy to be sporting a tasteful serif font. As much as I love the 22, the playful Comic Sans-ish typography was a constant source of torment for me.

The annual Windjammers Chicken ‘n’ Ribs dinner was rapidly approaching, and I made a quick run to the grocery store to lovingly prepare our appetizer and/or dessert for the party. That is to say, I bought a frozen pie (with much telephone-based consultation from Jen, since I know even less about pies than I do about sparkling whites). We had a nice dinner with the club, but I was itching to take advantage of the daylight so we snuck out abruptly and fired up the boat. Someone on land joked with us as we motored by “Man, you don’t waste any time, do you?” and I actually felt bad for a second that we hadn’t really stayed to help clean up, but that guy was sitting on a bench smoking a cigar and I’m at peace with my club karma, so I bumped us up to 2800rpm and we putted off with the setting sun over our stern. 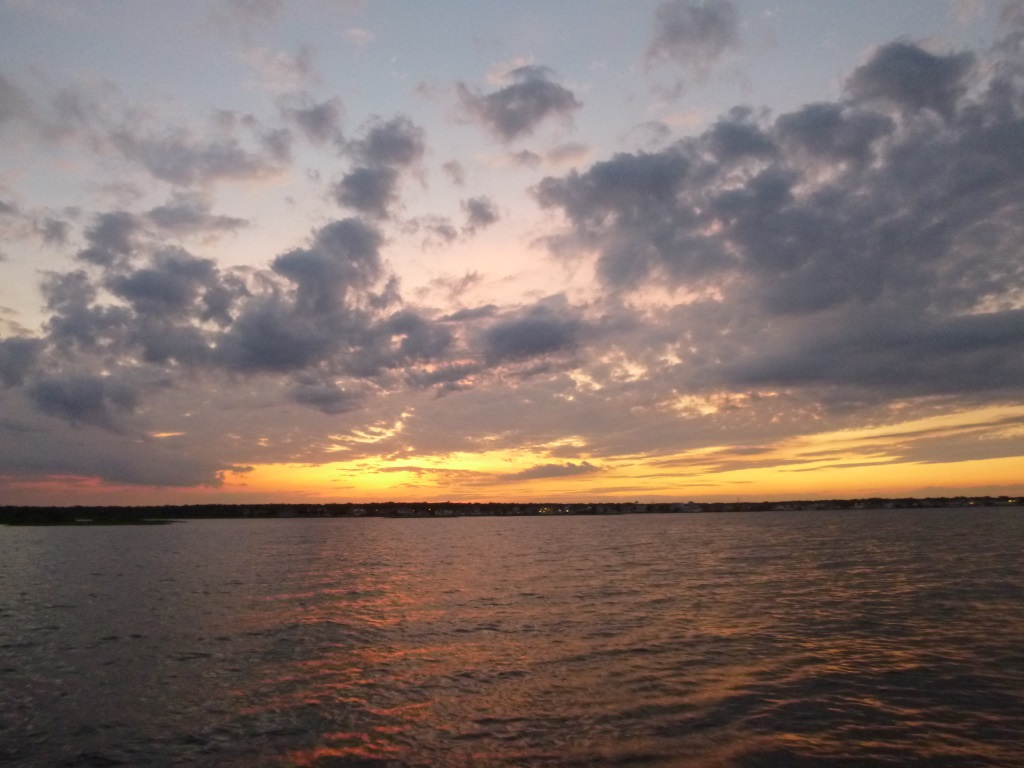 We anchored (using our travel-sized Danforth) in Berkeley and watched the solstice sunset scroll through the color wheel. It was amazing to see how different it was from one minute to the next, and the show extended well into the twilight. 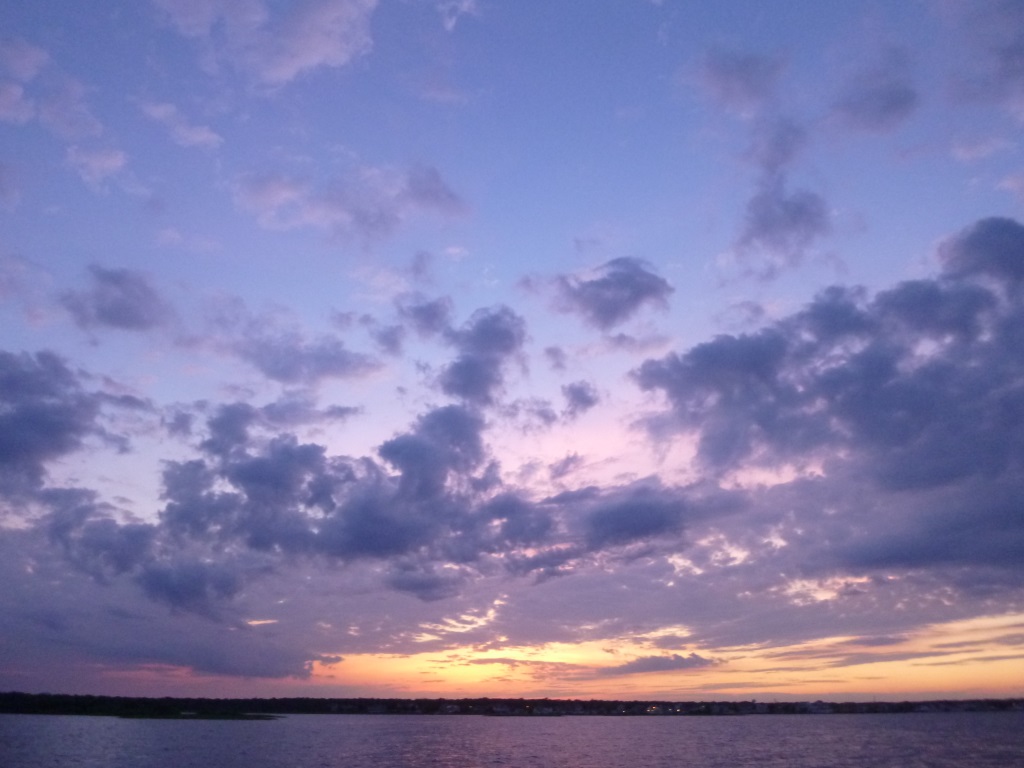 We had a calm night at anchor with very little wind and surprisingly few boat wakes, even though we were anchored near the entrance to the cove. The next morning, I got up early enough to see the sun rising again over our bow, and then promptly went back to sleep. We eventually returned to the marina and performed the brief christening ceremony at the dock, this time with Richard solemnly witnessing the event. On Saturday we had only de-named, and we had to allow a little time for that to settle in before re-naming, per John Vigor’s suggestion. We poured out another one for our homies and recited the incantations. Confident that the sea gods have been appropriately honored and their thirst slaked, we can now officially refer to our new boat as Fortuitous. 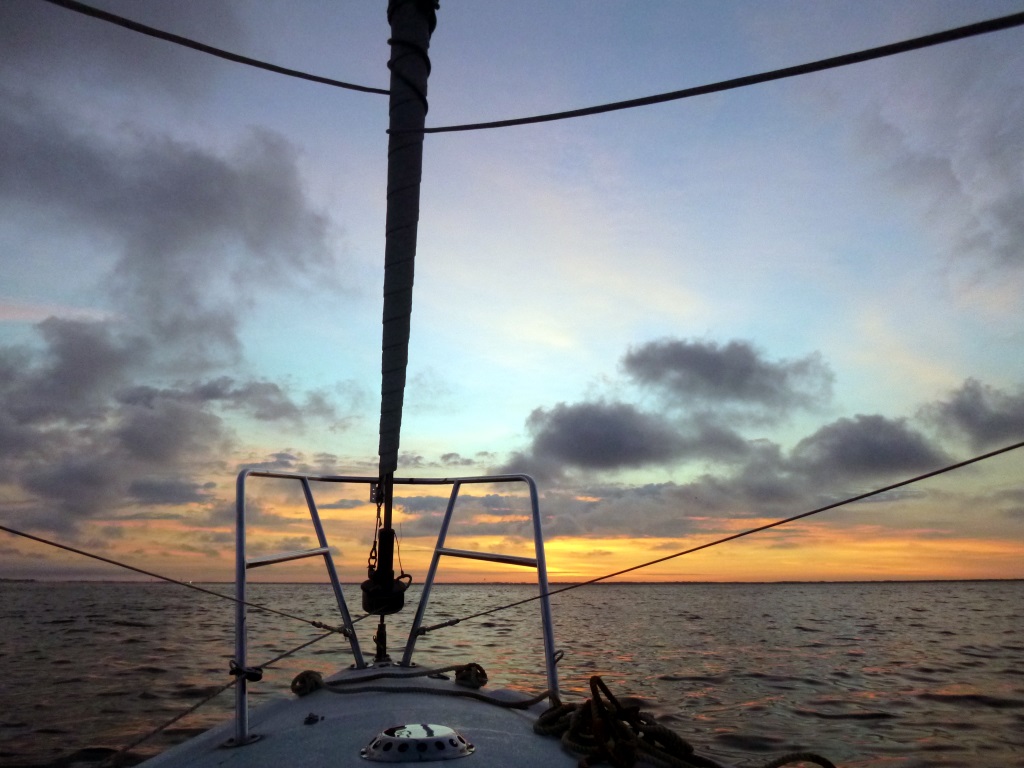 Oddly, this all made sense to me. I’m not particularly superstitious, but under the logic of Pascal’s Wager, it’s to one’s advantage to hedge. Performing the naming ceremonies on the solstice seemed somehow additionally appropriate, since we’re turning the page on both the season and on the life of this boat. Sailing has made me more attuned: wind and waves, cycles of the moon and tides, the various celestial workings that drive it all… A lot of that has been a practical matter, as it has been for sailors for thousands of years, but I understand how thinking at that scale would conjure spiritual notions. Even if it doesn’t quite dip into the supernatural for me, I enjoy the tradition, and I enjoy having enough knowledge to experience the reverence and awe.