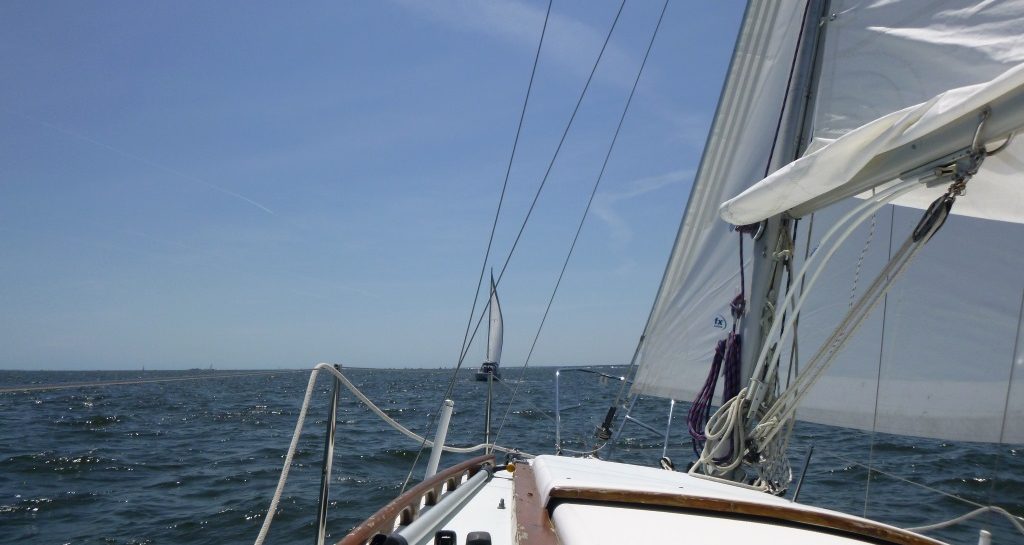 “I don’t have much to put in the boat log. We basically just sailed in a circle.”

Jen replied, “Yeah, but it was a fun circle.”

…which neatly sums up the experience of a good daysail.

We got down the shore fashionably late, but we’re traveling light these days, since we can actually store things on this boat, and didn’t have much to load in. We also got out on the water quickly since we don’t need to wait for the ramp anymore.

The wind was from the south, so we first sailed across the bay and then came around to the southwest, allowing us to sail south of Forked River on one tack. We chased down The Dawn Treader (this one did not have the home port of Cair Paravel) and passed them, but they weren’t flying a main so it wasn’t that impressive once we politely made our move to pass them to leeward.

There was a lot of traffic, both on the water and on the incessantly chattering VHF. There was the usual [absurd] amount of radio checks on Ch. 16, which are now all lengthened as civilians and the coasties step on each other to tell them to use the automated radio check on Ch. 27. There were also an unusually high number of distress calls—actual emergencies and just the usual calls to tow boats. The conditions weren’t anything extraordinary, so I assume that it was just the sheer probability of lots of boats.

We picked our way through a large field of drifting fishing boats between BB and BI, and eventually made it down to 42 where we tacked around and started back on a broad reach. We passed a Catalina 270 (the boat that replaced the 27 in the Catalina line) and held the reach until we started running out of deep water to the east of 40, then turned to sail a somewhat chaotic wing and wing back toward the mainland. The wind had built while we were sailing with it and it had kicked up some chop, so sailing dead downwind required vigilance, but we were fine. Once we got around the shallow humps in front of Governor’s, we returned to a broad reach and sailed up to 39.

I got distracted by our still-not-quite-repaired traveler as we jibed around the mark and overshot my intended point of sail. I wound up backwinding the jib and didn’t have enough momentum to overcome it, so we were forced to take a penalty turn, but we did better on the second jibe and continued on our way, beating back south toward Cedar Creek under somewhat more blustery conditions. 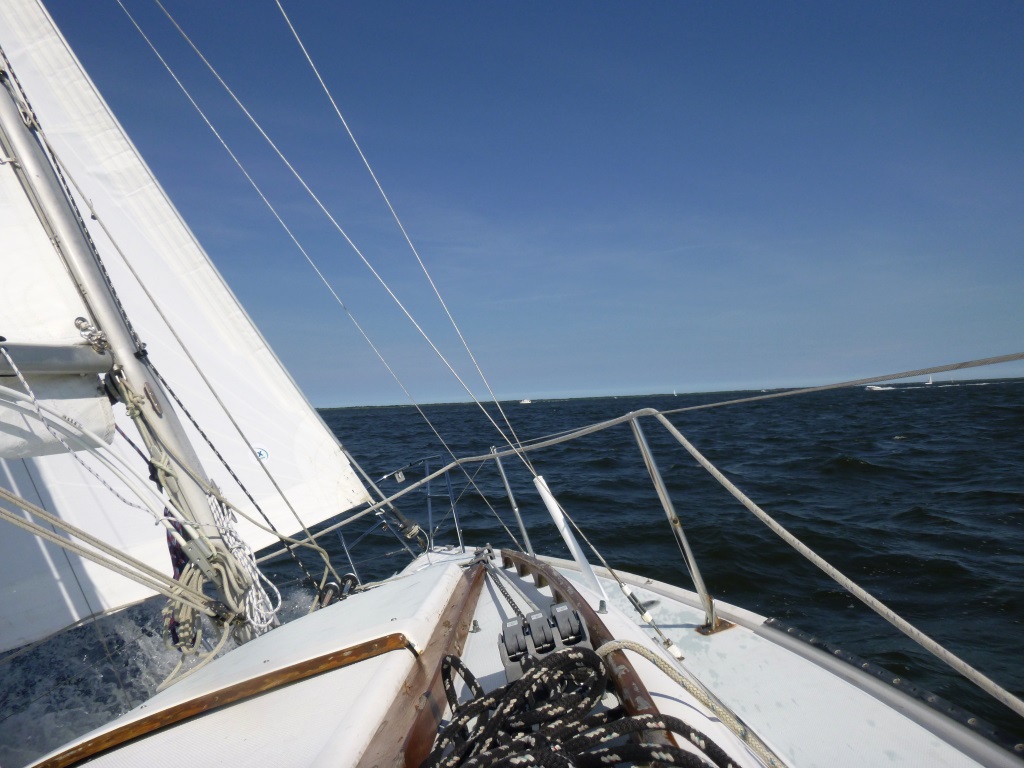 There wasn’t anything particularly monumental about our sail, but it’s always good to get out there. We continue to get better at sailing this boat, and she continues to gracefully handle whatever we throw at her. I’ll never complain about putting miles under the keel, even if it’s done sailing in big circles.

2 thoughts on “Sailing in Circles”