I’m not sure that the sun was up when we left the house. There are very few things that will get me out of bed early enough to see that electric blue pre-dawn sky, but sailing is one of them, and we were racing in the Jet Star Regatta.

Fortuitous wound up coming in third in the Windjammers’ Summer Solstice race series. The boat that easily won was Tiki, a big Pearson 36 with a serious racing pedigree. I told them that if they ever needed crew for a more competitive race, I would be available, and they took me and Jen up on that for the Fifth Annual Jet Star.

One of the iconic images from Superstorm Sandy was the Star Jet roller coaster, which fell into the ocean after part of Casino Pier in Seaside Heights collapsed. The Star Jet had replaced a long-standing roller coaster called the Jet Star, and given the confusing nomenclature, many locals continued to use the old name. The Jet Star Regatta is a race run by the Metedeconk River Yacht Club in honor of all of those who suffered the effects of Sandy. It takes place in the ocean, from Point Pleasant Beach, just outside the Manasquan Inlet, to the resting place of the coaster and back.

We arrived early at the yacht club, despite getting a little lost on a single coffee’s worth of clarity. The captains’ meeting was just finishing up, and crews were returning to their boats as we roaming around the marina looking for Tiki. I immediately noticed that all of the crews had uniforms—not just t-shirts, but embroidered polo shirts, made undoubtedly of some hi-tech moisture wicking material that likely cost more than any of my clothing. This was the first sign that we were at a yacht club and not a sailing club.

We eventually found Tiki and immediately started preparing for the race. The forecast was for light winds, so we removed and flaked the roller-furling 135 to replace it with the laminate 155 headsail. As we worked at the transient dock, a stream of race boats with their uniformed crews left the marina at high speed. The rest of our crew arrived and we shoved off, eager to catch up to the pack to time the bridge openings. In order to get to the ocean from the Metedeconk River, you have to go through the Point Pleasant Canal at the top of Barnegat Bay and on to the Manasquan River, which involves a total of four draw bridges. We hadn’t seen these bridges since our delivery, and never with the traffic of a typical summer weekend.

The bridges allowed all fifteen boats to go through en masse and we made our way out the Manasquan Inlet into the big, bad North Atlantic—only to find it as calm as a farm pond. There was some gentle swell, but negligible wind. The committee boat began the starting sequence, but at the final signal they issued a postponement to allow the wind to fill in. We lowered the headsail to keep it from flogging and started the engine so that we could stay near the starting area and keep clear of other boats. The relentless bobbing made some of the crew start to feel queasy, but before too long the breeze picked up to the point that the committee could re-start the sequence.

I don’t exactly recall the start, but we were soon off, traveling south along the shore, generally upwind, with the crew on the leeward rail to induce heel and keep the sails filled. With the light wind, we couldn’t point that high, and wound up sailing a little fat to keep our speed up. This had the effect of running us fairly close to the beach, and we had to throw in some tacks to keep ourselves out of shallow water. There was a gate somewhere around Mantoloking, presumably to keep racers from heading way out to sea on long tacks, and we had to tack to make it through that too.

Not only was this my first race in the ocean, but it was my first race of this length—approximately 20 miles. I’m not sure if it was the light wind, a perceived lack of boat-dueling from being spread out in the ocean, or if I’m just not great crew, but I found it hard to stay in my usual racing mindset for that period of time. I think some of the other crew found it difficult too, and as the race continued, there were fewer people on the rail, and one gentleman went to sleep.

This was also my first race with a dedicated bowman. We used to have a de facto bowman on Revolution (although I don’t think he self-identifies as foredeck crew) and I’ve read about them, but never experienced one in real life. A bowman is someone with several times the lung capacity of a normal person who wanders the foredeck in a state of agitated disappointment. It was quite an education.

As we approached Seaside Heights, we were having a hard time staying out of the designated swimming area and had to tack earlier than we would have liked to make the windward mark, which meant more tacks as we got closer to round it to port. We got caught in irons trying to squeeze past it, and were surprised when a horn sounded on the nearby committee boat. None of us had noticed that the RC had shortened the course to only include the windward legs, which cost us some time in the way we crossed the line and meant that we wouldn’t be able to use the spinnaker in anger on the way back.

We set the spinnaker anyway, and I took the wheel for much of the downwind sail back toward Manasquan since we were no longer racing.

Back at the club, the party was already in full swing. This was also my first boat race sponsored by a rum distiller. 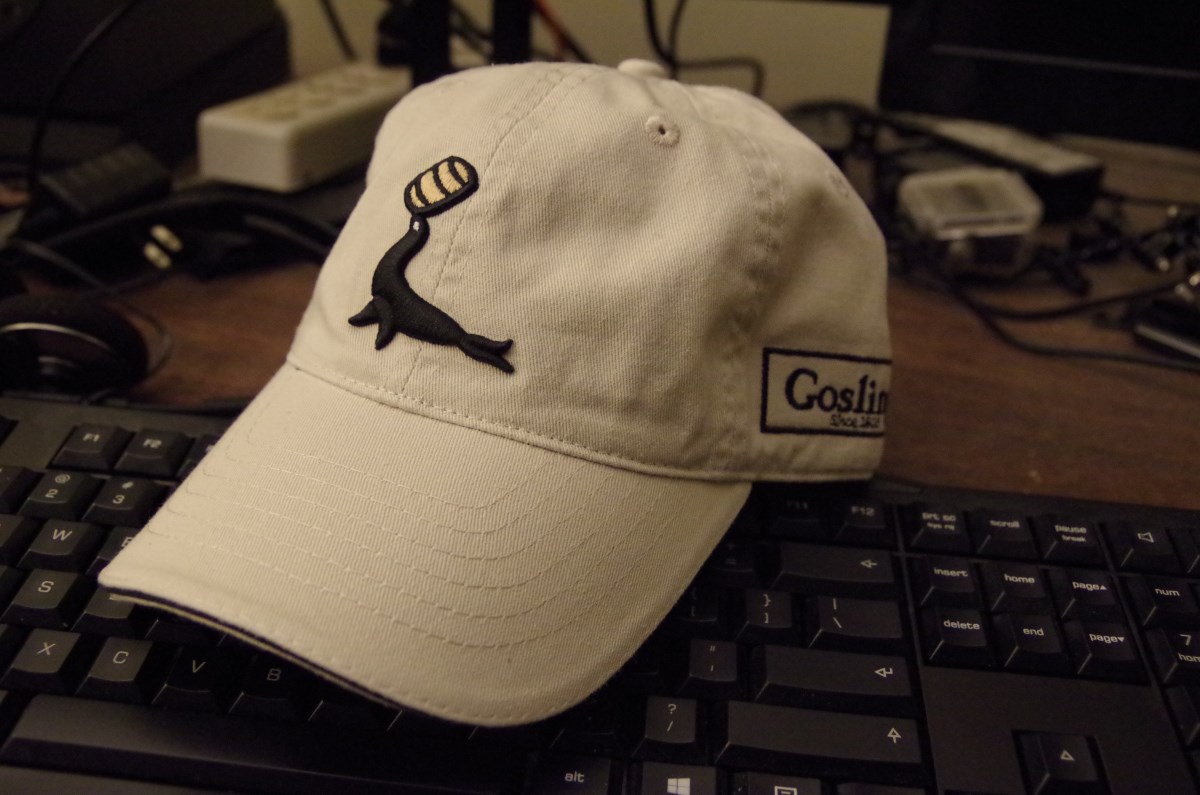 I fully availed myself of the all-you-can-drink Goslings Gold Seal, served neat. When that ran out, our skipper arranged for us to get a variation of the Dark and Stormy which amounted to a pint of Black Seal with a light misting of ginger beer floated on top. He would later go on to literally talk the bartender out of her shirt, trading a Tiki crew shirt for her Jet Star shirt. It’s good to have a skipper with people skills.

There was food. There was a live band. The yacht club had a pretty cool clubhouse, well appointed for a sailor’s party. When the last boat came in, the club poured out on the veranda to chant “DFL” at them, which may have been a little too Lord of the Flies for my taste, but it was mostly a pleasant affair.

When the results were tallied, we had finished in last place in the spinnaker division. We would have won the non-spin division, and no one flew a spin since the downwind legs were canceled, so by some measure we were somewhere in the middle. Regardless of the outcome, it was a great day on the water, it was fun to participate in a more serious sort of race, and our hosts on Tiki were extremely generous. It was definitely worth getting up before dawn to sail around the ocean.