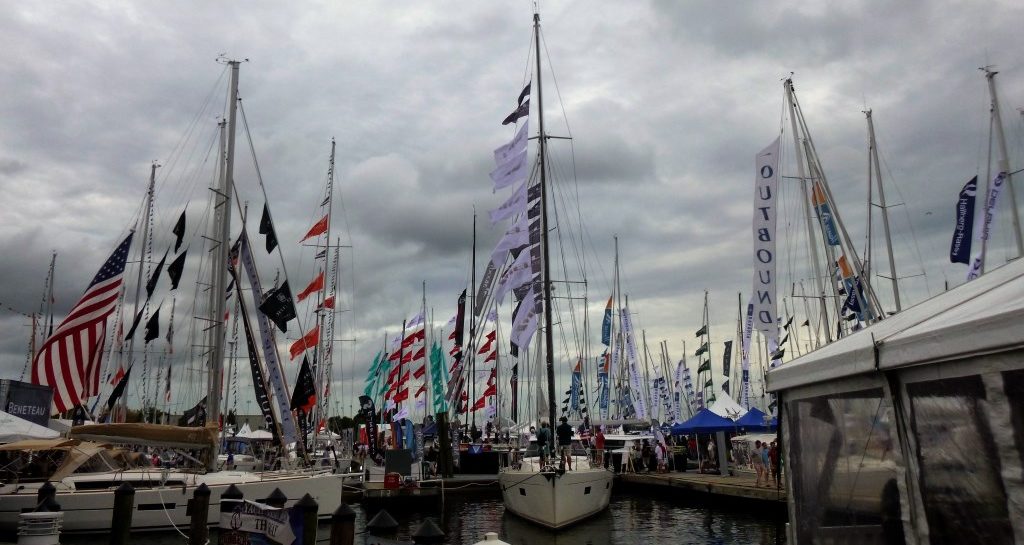 Jen and I took the weekend off from sailing to go to the boat show in Annapolis.

We’ve been to the sailboat show in Annapolis a few times (here and here, for example). We’ve historically paired it with a University of Delaware football game, but this weekend the team was away in New York, so we were left to our own devices to make a long weekend out of it. The plan was to drive down to a hotel just outside of Annapolis (far enough away that rooms weren’t demanding a premium price) on Saturday, attend the show on Sunday, and then drive back on Monday.

We arrived earlier than anticipated on Saturday, and weren’t exactly sure what to do. We wound up driving into Baltimore and immediately found ourselves living out some of our favorite scenes from The Wire. I got us most of the way there before Jen’s navigation kicked in, and then it wanted to take us on the scenic route, so we explored the area by the train tracks where McNulty and Bunk get wasted and throw beer cans. We saw the Domino Sugar sign, near Frank Sobatka’s docks. I’m pretty sure that we drove under the overpass where McNulty crashed his car. We found the police station, where I pointed out Rawls’ office and we made guesses as to which of the officers were real po-lice. I had the brilliant idea of searching for “dive bar”—somewhere where McNulty would drink—and the first place that Jen’s telephone took us was in a group of strip clubs, not unlike Orlando’s. This didn’t seem like a great location, so we continued on. Jen’s service gave out as we entered what I presume was Omar’s neighborhood [whistles The Farmer in the Dell]. 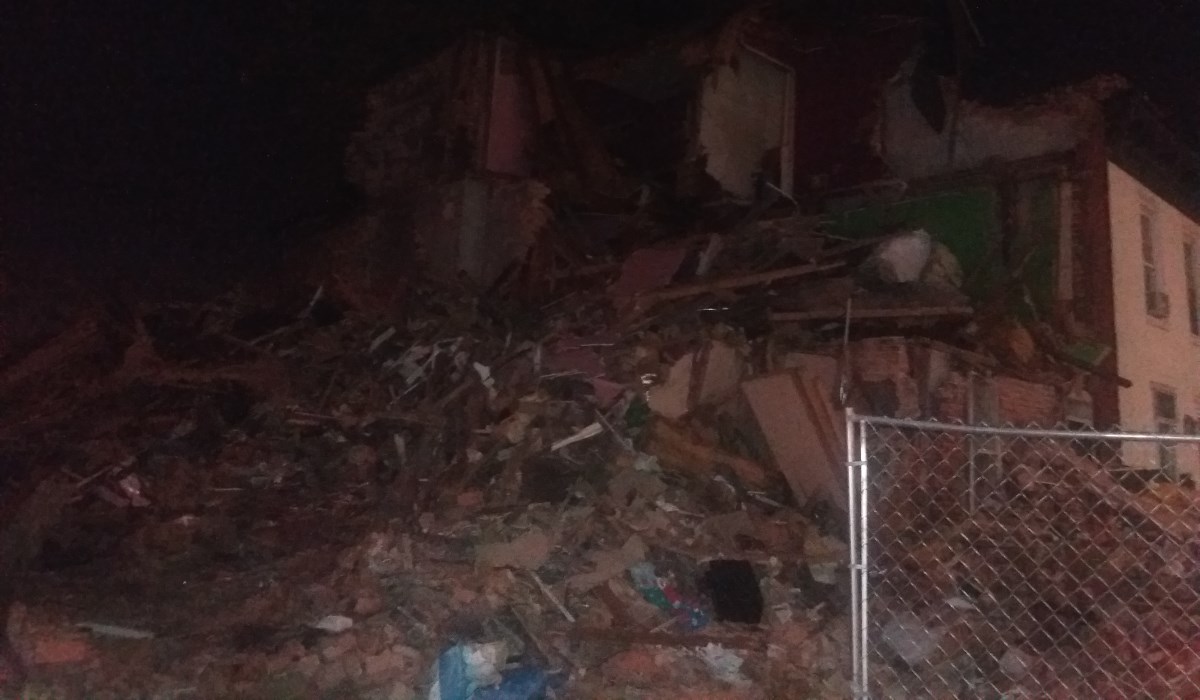 Our second dive bar search lead us mostly on a quest for parking. The parking signs in that area of Baltimore were a broken logic puzzle and we wound up ditching the car near some vacants. When we got to the bar, I ordered The Special. Without pausing, the bartender came back with, “How do you know about The Special?”

In Philadelphia, there is the Citywide Special (traditionally, a pounder of PBR and a shot of Jim Beam), but at this Baltimore establishment, it was a shot of “Evil” and a Natty Boh. The Evil is Lithuanian Vyritos, which is some sort of cinnamon-flavored grain alcohol concoction, and the Natty Boh is a can of National Bohemian Beer, the official lager of Baltimore. 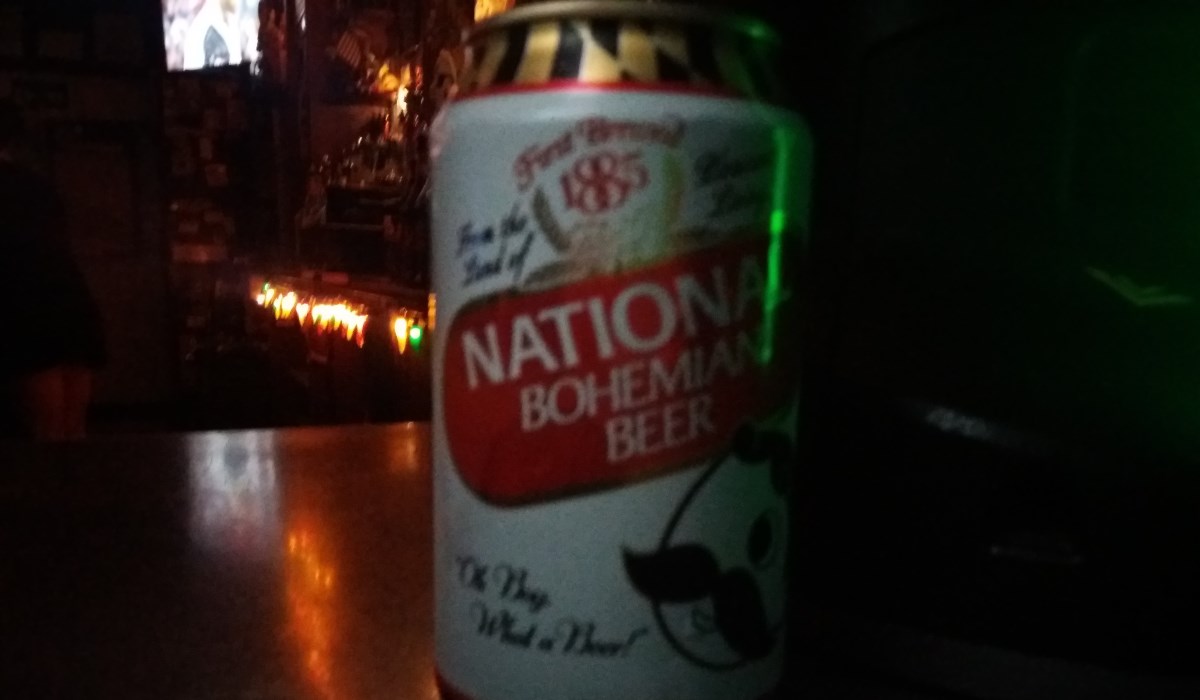 For some reason, I hated Natty Boh in college, but I’ve worked hard to overcome beer snobbery, and I now consider it a fine regional beer. There’s certainly nothing I’d rather drink with a bunch of regulars in a Baltimore dive. The bartender excused herself to go to 7-11, and returned with a large bag of candy that she was adamant about sharing with the bar. Jen tried some sort of marshmallow churro thing while I did her shot of Evil (we hadn’t adequately explained that I was the only one drinking). The bouncer brought his own bag of snacks for the evening, and everything was offered up for sharing as if we’d been drinking there for a decade. Charm City.

On Sunday, we drove in to Annapolis.

When we first started going to the boat show, everything was new, and I got to see things that I’d never seen before, like a disassembled winch, a toy anchor digging into wet sand, and a middle-aged woman rambling incessantly about how strong the painkillers are. I also got to exercise my nascent knowledge of sailing words by talking to the salespeople about chainplates and thru-hulls and things as if I knew what I was talking about. I no longer feel any need to assert my sailing vocabulary, and more and more, I feel like the boat show isn’t actually for me. I don’t know if it’s a trend in the industry or the economics of the show or what, but it seems like the kind of boats that I’d be interested in (even if I’ll only be able to afford them after a couple decades of depreciation) are getting scarce. There are lots of day sailors, and lots of boats over 40ft (some well over 40ft), but very few in the mid-30s, which, as far as I can tell, is about as big as I’d ever want to go with our usual crew of two. I realize that they’ve got to appeal to a certain economic class if they’re going to sell new yachts, but I know a lot of sailors in real life, and to my knowledge, none of them are the kind of gazillionaires who would visit the boatshow with helicopters perched on their poop decks. 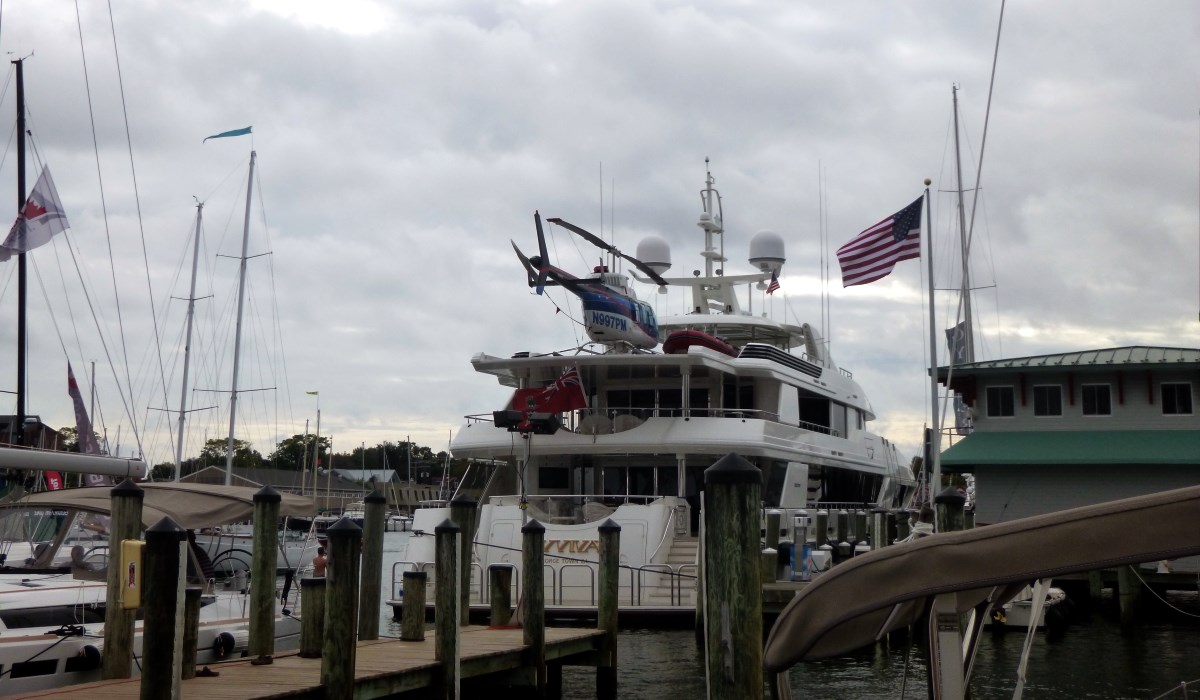 We toured pretty much all of the monohulls between 30 and 40 feet: the Beneteau 31 and 35.1, the Catalina 315, the Hanse 315, the J/112, the Tartan 345, and the Hallberg-Rassy 372. The Hallberg-Rassy was probably on the upper end of what size we’d ever need, more expensive than our house, and could never comfortably sail our bay with its 6′ 7″ draft, but was the only boat that really sparked my interest. It seemed a step above most of the other boats.

We also wandered around the vendors’ tents. Jen wanted to try on sailing gloves, but the maker of her current pair didn’t have any at the show and none of the others came in colors that she liked. I talked to the Tilley guy for a while, mostly complaining about them no longer making the model T1 (the best sailing hat ever). I wanted to find a companion to our lone fully-functional boat hook, which we got at the Newport Boat Show in 2011 for an absurdly good price, but we didn’t see anything similar. We got the hard sell from a variety of sailing magazine folks, but I barely read sailing magazines anymore. That was kind of a microcosm of the whole experience: there was a time when I was really into the sailing mags, but at this point, I know how to find the info I need online and don’t have to stumble across an article on how to anchor or how to winterize an engine. I just know that stuff. Which is not to say that I have nothing left to learn, but I’m not sure that sailing magazines are going to teach me anything other than that I’ll never own a brand new boat or a Patek Philippe watch. I’d get far more enjoyment out of an 80s-vintage sailboat plus a hundred thousand Natty Bohs.

I try hard not to get jaded about sailboat stuff. I have enough of that in the rest of my life. But until we hit the next plateau of our sailing experience—like if we were outfitting a boat for long-distance sailing or something—maybe I’ve gotten all I’m going to get out of the boat show. It was good to get away for the weekend, and we were pleasantly surprised by our impromptu visit to Baltimore, but I think we can safely skip the boat show for at least another couple years.