As things start to wind down on our sailing season, I also officially stopped updating the tracker feed on Rimas Adrift.

The site will stay up, but I’m no longer pinging the source data for new updates, since none have come in since the end of July. This was his last transmission:

No response from fiji coast guard yet. My tilles broken no contrals for boat its dangerous current pushing unknoow strong gale was couple daays ago at night

In the days following his most recent disappearance, I contacted several purveyors of satellite imagery (since I happen to know purveyors of satellite imagery), trying to get some hi-res shots of the area where he was last reported, but couldn’t come up with anything—at least not for my offering price of zero dollars. His last course had him headed toward an area known as Texas Reef, just off of Rabi Island in Fiji.

Some of his followers seem to have resigned themselves to his likely fate, such as “Jon” Atheros Prime, who has created the internet version of a highway memorial for Rimas, adorned with Hawaiian leis, John F. Kennedy, the Starbucks logo, and the popular book The U.S. Navy’s Secret Space Program and Nordic Extraterrestrial Alliance. There are plenty of people who haven’t given up hope though, including Rimas’s primary handlers. I have no access to the Rimas Facebook group, but according to Sailing Anarchy, some of his fan club received a report that he had been seen in a McDonald’s in Fiji. The McDonald’s would neither confirm nor deny his presence, but like Elvis sightings and alien anal probes, I fear that this may be wishful thinking.

He has shown himself to be resilient in the past, so I hope he turns up.

As the attention surrounding Rimas dissipates, so does our sailing season. We didn’t actually hoist a sail this weekend, but we did get out on the boat. We had invited Christopher and Kyle out for sail, but it was chilly with winds gusting well over 20kts. The group didn’t seem up for an adventure sail, so we motored out to Berkeley cove and anchored for sandwiches and rum drinks. 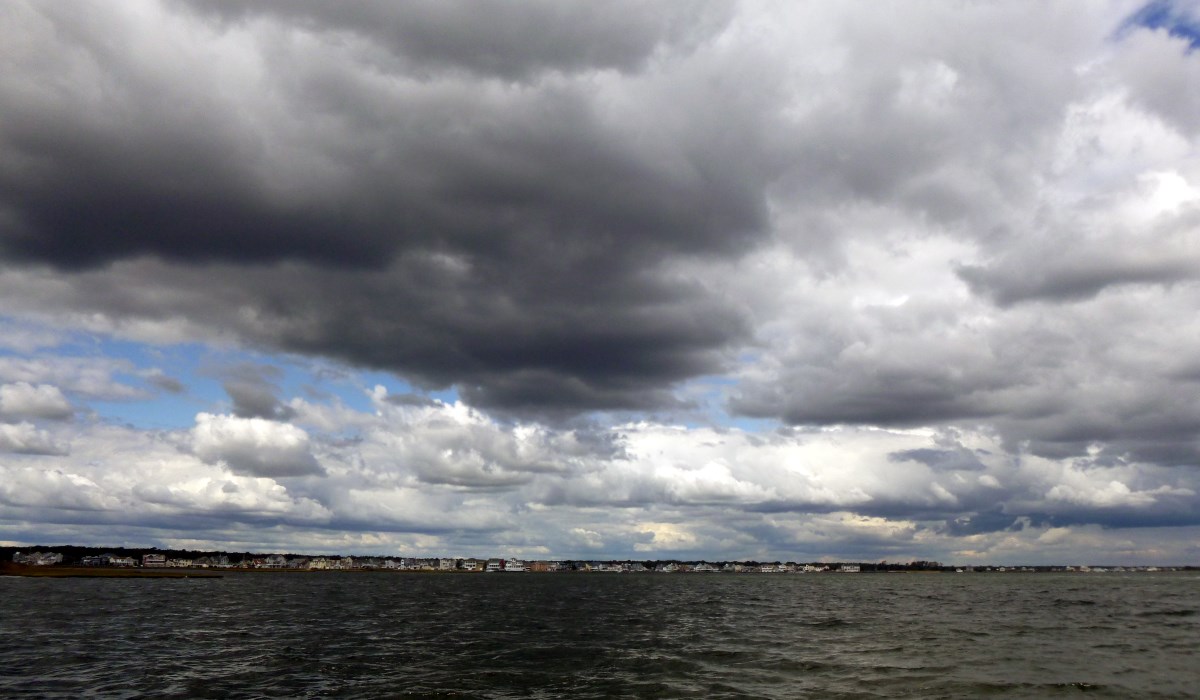 Some light rain passed through and we retired to the cabin for a bit. I switched to beer. Even though we’d barely backed down on the anchor, the wind and waves had done a good job of setting it, so when it was time to leave, Jen wasn’t able to get it unstuck from the Berkeley mud. She took the helm while I dealt with it, taking up all the scope and letting the wave action work it free.

The mix of mist and sun continued as we motored back, and we were welcomed with a rainbow upon arriving at the dock. 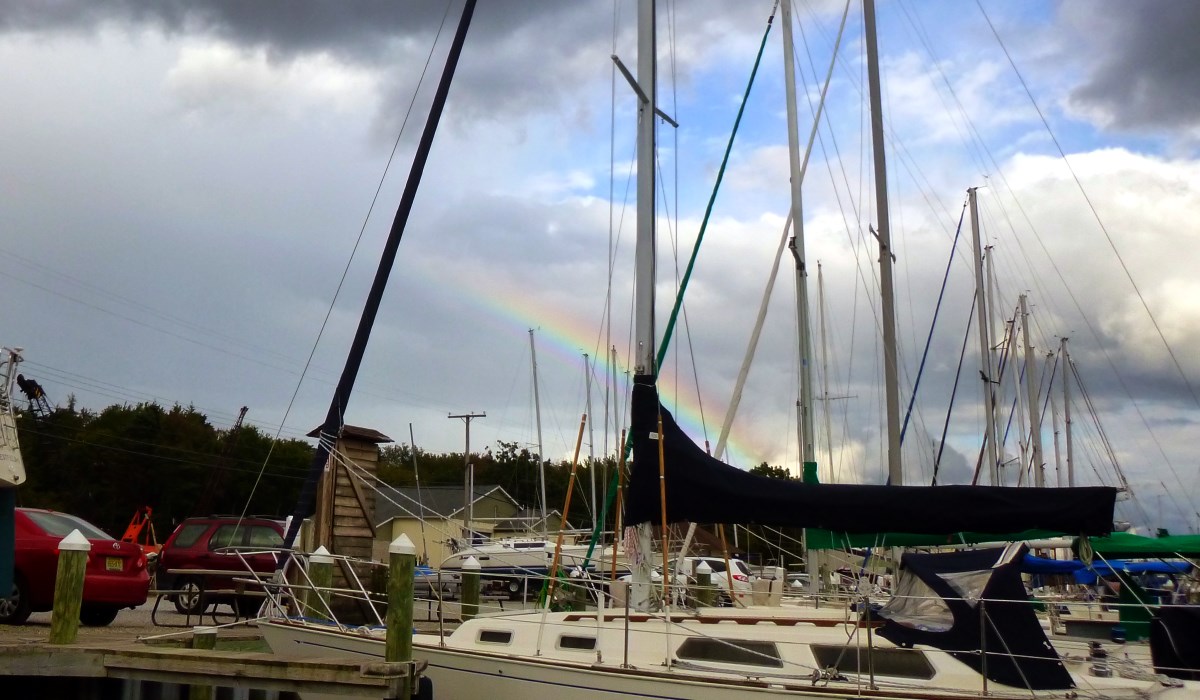 Although we didn’t technically sail, there are many ways to use a boat, and I enjoy making it a mobile party platform from time to time and hanging out with friends. Hopefully we’ll get some more sailing in. We’ve already completed our paperwork for haul out and winter storage, which always makes it seem a little too official that the season is winding down, but we have some plans in the works to make the most out of our remaining time on the water.