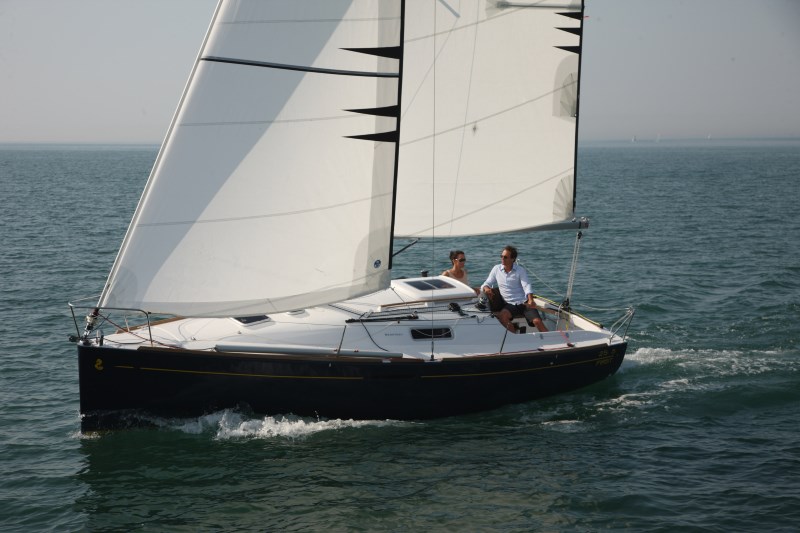 I’m starting to feel that familiar pressure that the sailing season is winding down. We didn’t sail again this weekend, but were not without nautical adventures as we re-enacted our traditional boat show weekend.

On Saturday we drove to Newark, DE to watch a University of Delaware football game. Our usual two-star hotel had been sold, or is otherwise in the process of re-branding, and I think one of the floors may have been closed for renovation. With the limited space available, I had been unable to secure a room for Friday night, and when we arrived we were told that we would likely not be able to check in before kickoff. So we did what any normal people would do and started drinking in the hotel parking lot.

Eventually, we walked across the street to the stadium. Before going in to the game we wandered through the tailgating area and some kind of “fun zone,” where they were giving out free coffee and first aid kits other swag. I don’t really follow Delaware football any more, and I’d never even heard of the other team (the Elon Phoenix?), so we were mostly just there for the spectacle of it all. Delaware jumped out to a 27-3 lead by halftime, although I was mostly focused on the announcer, who was distractingly puking out every syllable like an overwrought parody of a morning zoo disc jockey. Elon started to mount a comeback in the second half and I was concerned that they might be successful in that endeavor, but Delaware held on for a 34-24 victory amid the fanfare of their ~2,000 piece marching band.

On Sunday, we headed down to Annapolis for the sailboat show. We didn’t have anything specific that we were hoping to find, but it’s always nice to browse the boat stuff. Given that the average price of a new sailboat is approximately infinite money, and that the show skews toward the higher end of that range, there aren’t a ton of realistic boats for us to look at, but we did go aboard some of the smaller boats that were there just to see them. 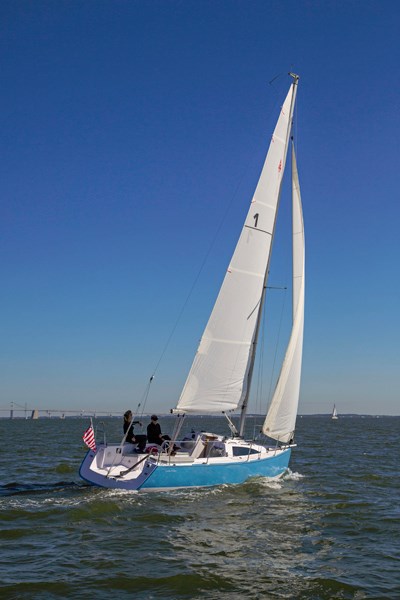 Catalina 275: One might be tempted to think that this boat is somehow descended from our boat, the Catalina 27, but it’s a very different beast. When the Catalina 27 was introduced in 1971, it was considered a reasonably large cruiser for a family. Today, something as small as a 27 footer can only be marketed as a daysailer or sport boat. The 275 has many features of a modern, European-inspired design, with a plumb bow, a wide, open transom, and a mast placed forward for a large main and small jib—with the option to hoist a flying headsail from a small sprit for downwind work. The cockpit is enormous, which would be great for racing or daysailing or teaching, but that comes at the expense of cabin room and overall it felt much smaller than our boat (even though it’s actually slightly larger). While it does have a spacious head for a 27 and small but usable galley that would be adequate for weekending, it’s clearly not a long-haul cruiser. While daysailing and weekending is probably how most boats actually get used, I worry that the 275 might be in an odd niche where it’s not fast enough to compete with dedicated sport boats and also lacks the capacity for serious adventuring. I certainly hope that it sells, because I’d like to see Catalina be successful, but if someone handed me a steamer trunk of cash to spend on a boat, this probably wouldn’t be the way I’d go.

We also looked at the 315 and the 355 while we were there, which were both nice, but not as interesting as the conversations that we overheard: someone conducting a full-on inquisition about the engine’s horsepower, an old guy trying to explain winch placement to his obviously bored child bride, the usual array of “how many sails does a boat like this need to sail directly into the wind?”-style inquiries…

Beneteau First 25: This boat is somewhat similar to the 275, although it’s drawn up more like a traditional cruiser, with a smaller cockpit and a larger percentage of the boat’s length dedicated to the cabin. Like all boats in the First series, the 25 has a definite slant toward performance: minimal standing rigging, no backstay, and a huge flat topped main. I felt like the twin rudders were a little much on a boat this size. We didn’t actually go on this boat because it was full at the time, but the photos imply that it has a very nicely appointed interior. At 25 feet though, it’s still a relatively small boat. 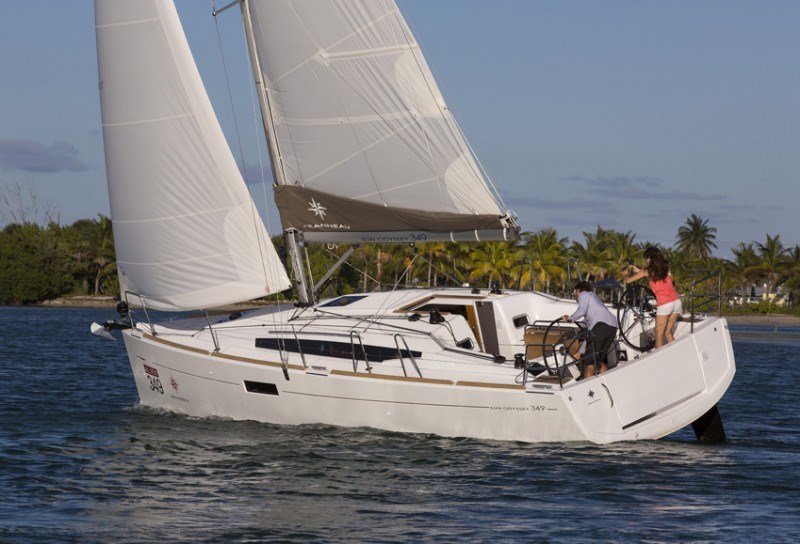 Jenneau 349: We did also check out some boats there were more “next boat” sized. I’m including this one mostly because it’s the first boat in this size range that I’ve been on with twin wheels, which I’ve always thought was kind of silly. I’ve got to say though, I think I get it now. When you look at most older cruisers, they have very small cockpits, both because hulls used to taper more toward the stern and because in truly rough weather, a small cockpit has advantages: it’s easier to brace yourself, you don’t have to worry about shipping as much water if waves are coming over the coamings, etc. Serious cruisers often only have one or two people in the cockpit at a time anyway on a passage. The trend in modern boats, however, is to carry the beam aft, making the boat more wedge shaped, which mostly adds interior volume but can also be used in sportier boats to facilitate planing. This makes for a wide cockpit though. Jeanneau’s answer is twin wheels and a fixed folding table running down the middle of the cockpit. It’s easy to roam around, the crew can still brace themselves without having to span the cockpit, and the helmsperson can sit low or high and still grab a wheel (which would require a wheel of an absurd diameter if it were central). I did wish that they’d left enough room to sit directly behind the wheel—on this model your choices are to stand behind it or sit off to the side—but while at the helm, I could easily imagine myself at the windward wheel, several feet up in the air, sailing to the jib tells while beating upwind.

After looking at boats, we made our way through the gear pavilions. It may have just been me, but the show seemed to lack some of the energy that it had in previous years. There were some notable no-shows (like West Marine), I didn’t find my favorite vendor (the cannon man), and either I’m getting better at the “don’t talk to me” look or the aggressive hawkers (like the guys who are always there trying to sell kitchen knives for some unknown reason) weren’t as eager to engage me in fruitless pitches. I did have a long uncomfortable conversation with the Beta Marine guy about our engine and its notable lack of a Beta instrument panel, and I talked to the Forespar guy for way too long about the weird fitting on one end of our whisker pole, but we didn’t make any major purchases or see anything particularly noteworthy.

This sounds dumb, even to me, but I thought that it would be different going to the boat show as owners of a bigger boat. I had always skipped over a certain portion of the show as just “not applicable” for our old boat, and when the handler on the Hylas 54 a few years back found out that we sailed a Catalina 22, I thought that she was going to say “oh you poor things,” leaving us to wonder if she was using the idiom or meant it literally. As it turned out, there was nothing shockingly different about the show (or us) this year, even if I was marginally more interested in diesel fuel filters. It seems that we have not acquired any outwardly apparent gravitas from tangling with the ocean or experiencing the mystery of prop walk.

That’s ok though; it was a strange thought in the first place and thankfully our relative saltiness is not judged by the way we appear to yacht brokers and sales staff. It was certainly good to get away for the weekend, and hopefully we left ourselves a little time for more sailing this season.