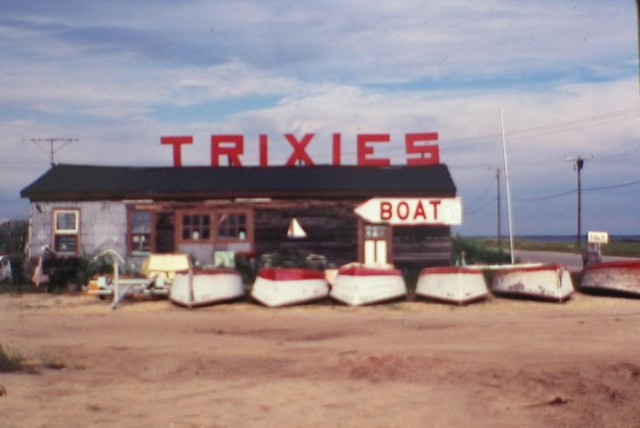 Despite a recent bout of mild weather, the off-season remains long and terrible here in scenic New Jersey. I hope that thinking about sailing things will take the edge off, and I’ve got a few ideas kicking around for winter topics.

One is Trixie’s. We’ve always kept our boat at Trixie’s Landing Marina. If you haven’t read the very early log entries about how we got her there, I recommend checking them out—it was a bit of an odyssey. The decision to keep her there was somewhat arbitrary. We took our ASA Basic Keelboat course at Barnegat Bay Sailing School, and at one point Captain Mike mentioned that keeping a sailboat on land at a marina with the mast up was a lot less expensive than a slip (and a lot less work than raising and lowering the mast each time you sail, as with true trailer-sailing). He gestured over toward Trixie’s as we sailed back up Cedar Creek and said that he thought some people over there sailed their boats like that. A few months later when we actually got the boat we did a little due diligence, but Trixie’s had always stuck in our heads.

I’ve probably done more thinking about the place recently than I did when we initially chose it, for a few reasons. Over the summer, Bob and Ann (the owners) posted a lot of old pictures of the marina. I imagine that their nostalgia became poignant after Hurricane Sandy, which hit the marina hard. I feel like helping with the cleanup, even though my contribution was negligible, gave me some insight into what the marina means to them. And I guess to a lesser extent I’ve been on a bit of a history kick, following my Windjammers history project. In this case, I haven’t actually done a lot of research, but I got permission from Bob to post some pictures, and I thought it might be interesting to show Trixie’s over the years.

Trixie’s is named after Victor “Trixie” Bergstedt, Jr. who founded the marina in 1948. 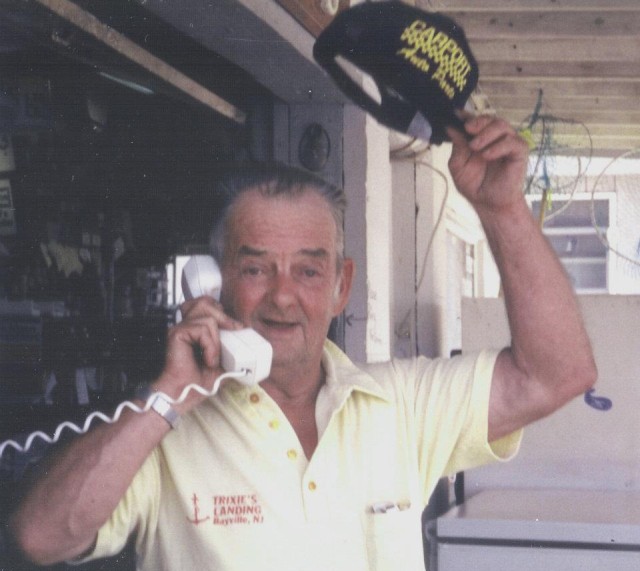 A lot about Trixie’s Landing has remained the same. Here’s the engine shop in the 80s, which has been refreshed a bit since then, but still has the trademark letters on the roof. In 2010, Trixie’s entered into a partnership with Martin Tuohy and Berkeley Island Marine, who now runs the parts and service side of the business.

These may be the same rental boats that are there now. I’d like to know what this sailboat is…an O’Day 20 maybe? 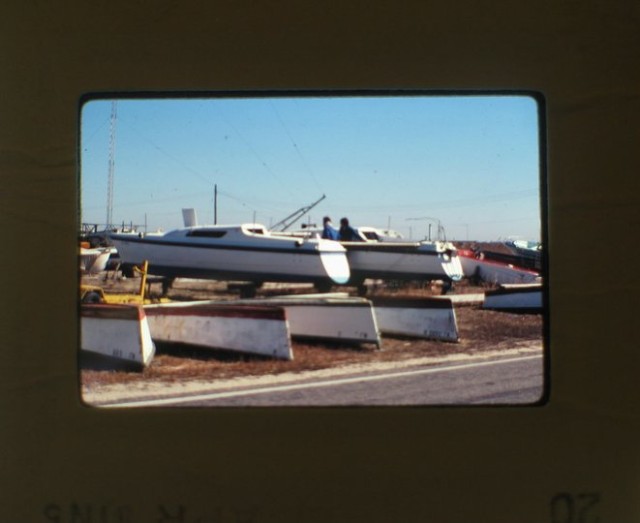 I think this sign is still around (now over the bait shop door), but I don’t recognize this archway as a feature of the gas dock. 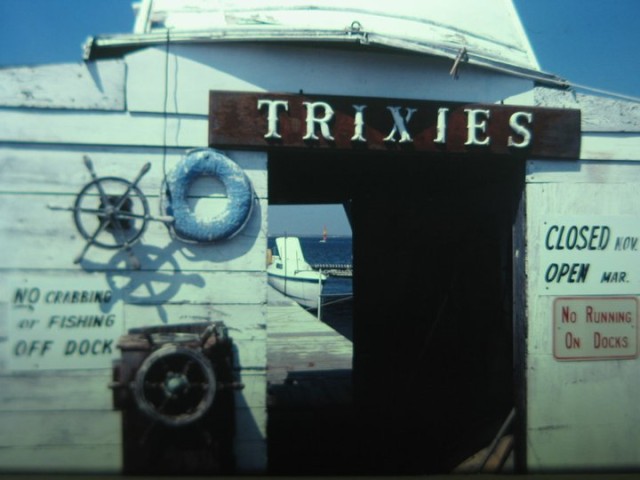 There are a lot of things that have changed too. At some point in the mid-60s, there was a space-aged robot on the top of this building. 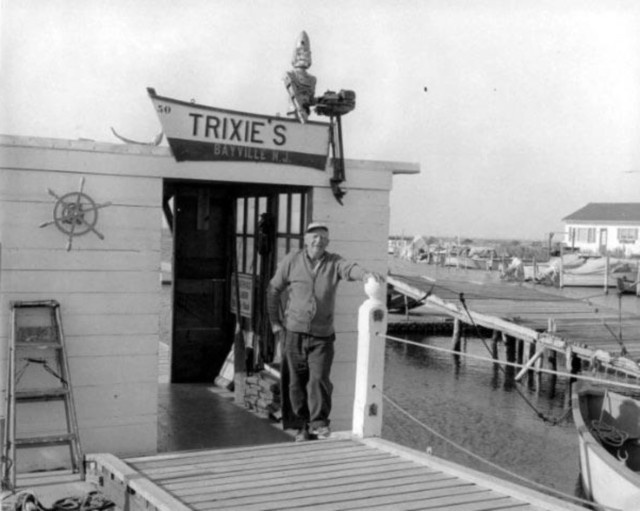 You certainly don’t see too many lapstrake boats like this anymore: 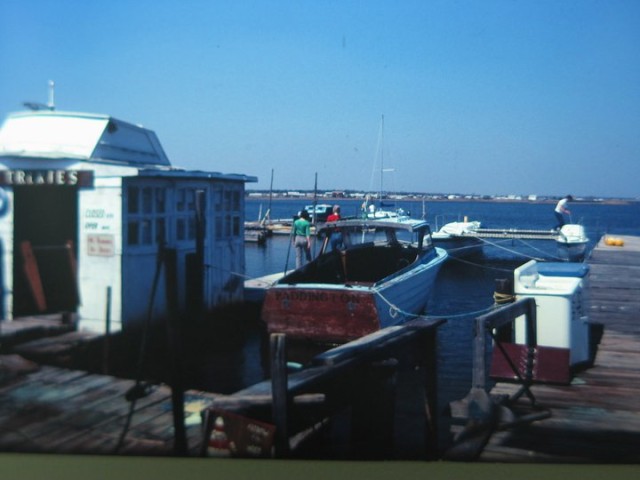 This looks relatively similar to the scene today, but that taller building in the background is now covered with solar panels. I have no idea what’s up with this boat though. 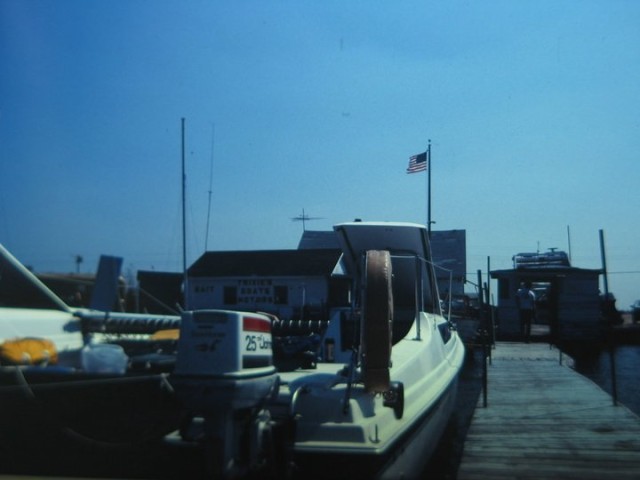 It’s interesting to look back, but I’m also curious to see what’s coming as Trixie’s rebuilds from Sandy. It may be defensive on my part to conjure up my cursory understanding of the Japanese aesthetics of impermanence and transience, but it’s actually somehow comforting to know that they’ve been through so many changes over the years. It makes it easier for me to contextualize the storm’s destruction as a hash mark on a much larger timeline, and even to start to see this as a potential opportunity to build it back better than it was before. Of course, being positive isn’t my forté and I may be doing it wrong (not to mention that it’s obviously easy for me to say, since I don’t need to personally put in the work), but I sincerely wish them the best as they try to put things back together for the spring.