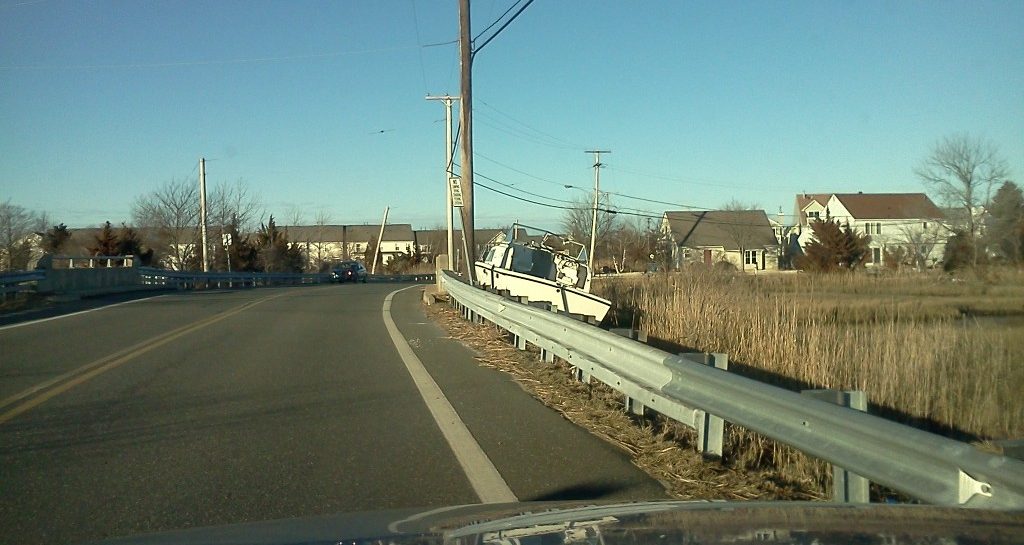 There isn’t a lot of sailing going on at this latitude this time of year, so sailors often get together in the off season to catch up and commiserate.

On Sunday I attended the East End Yacht Club’s annual awards brunch. This was my first one, since I officially joined after last year’s, and it was a nice function at a pretty fancy restaurant in Burlington. Revolution didn’t pick up any awards this year (you can tell that the EEYC is a real racing club—to the victors go the spoils, and there are no awards for effort or perfect attendance), but it was great to catch up with Sailor Steve and his wife. There were whitecaps on the river, and a lot of us were staring out the window and wishing that someone still had a boat in the water. In the summer, the wind speed and current there both seem to hover around 2kts, so we felt a little like we were being taunted as the flags stood straight off the poles, positively starched.

On Saturday the Windjammers Sailing Club had its winter planning meeting. Being the Webmaster gets me a vote, but not a flag.

As an aside, I really wish that there was a flag for the Webmaster or Technology Chair of sailing clubs. I’ve seen some flag merchants trying to push a flag with an “@” on it, although they’ll make up any old thing to get you to buy a flag and the “@” seems rather corny. What I want is the US Navy’s insignia for an Information Systems Technician. Tell me that this wouldn’t be an awesome flag: 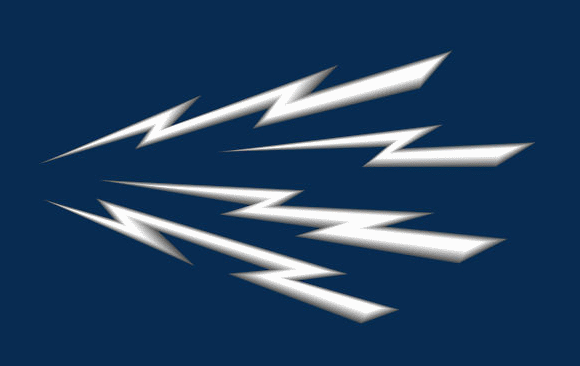 I believe it’s the old insignia for a radio operator, which has been expanded over time to include IT stuff. Alas, flags are for flag officers and Webmaster is not an officer-level position, so it’s not happening, but damn that’s a strong flag.

The meeting was relatively uneventful—as intriguing as the process is to me, in practice it’s kind of circuitous and [point of order:] it probably didn’t warrant my research into parliamentary procedure.

I did get a chance to check on Fortuitous though, and (somewhat surprisingly) our cover has remained exactly as we left it. We must have done something right because the boat next to us has not fared as well. 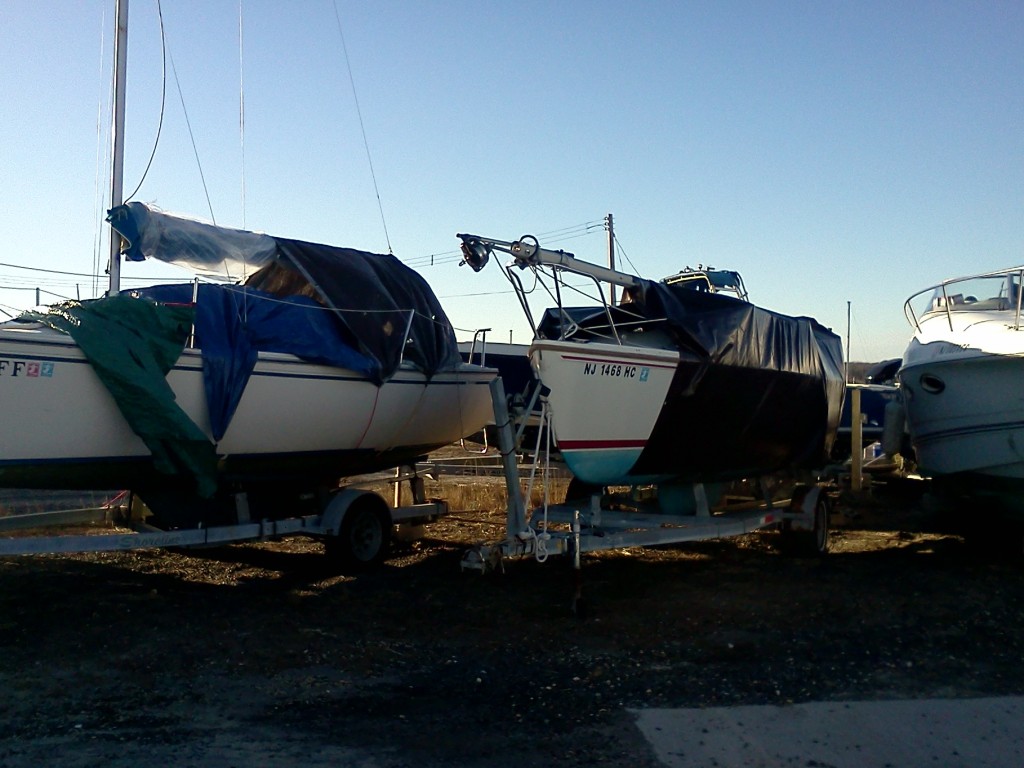 I would have tried to help their cover, but I don’t know the owners and I’m not even sure what they were going for with the swaddling clothes cover scheme (and did they leave the sail on?)

While I was as the shore, I also took a drive on some roads that still weren’t open when I last checked on the boat. I feel like a broken record bringing up Sandy over and over, but I’m not sure that people understand how bad it was and still is. Unfortunately, there are still scenes like this all over the place: 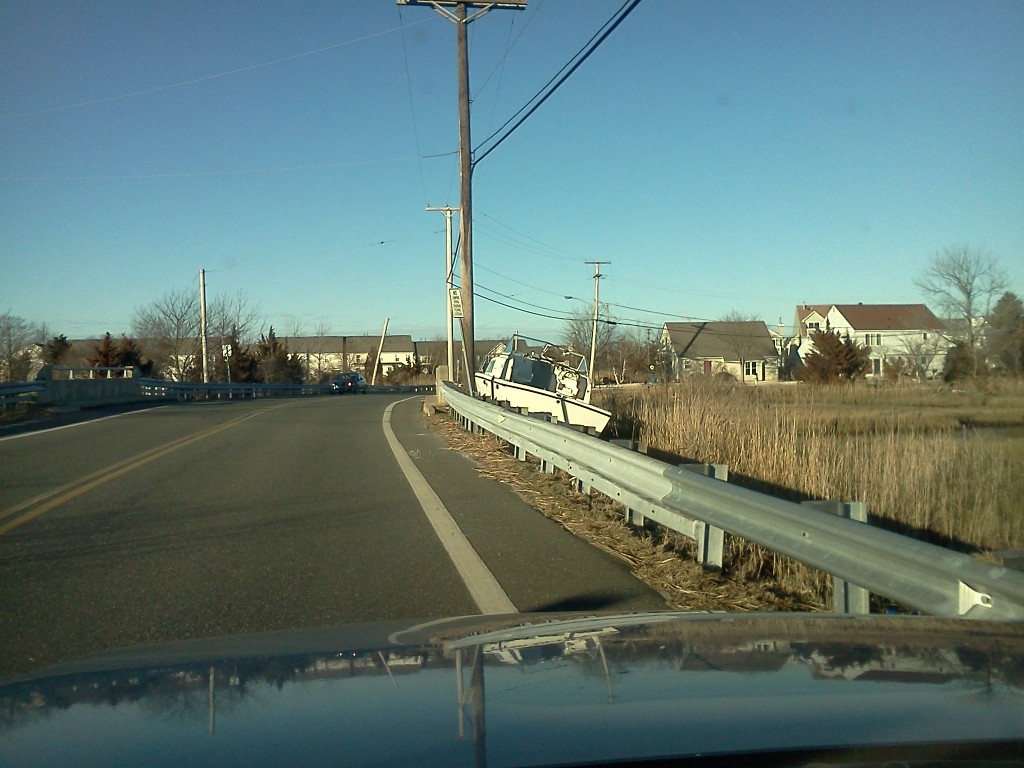 That’s a Chris Craft that appears to have settled on this guard rail when the area was flooded. There are some marshes (maybe old bogs?) along this road that are separated by rows of short trees and brush, and the windward side of each hedgerow is littered with canoes, rowboats, sheds, and parts of docks. There are boats where there shouldn’t be boats, and there are places where there should be docks that are now open water. 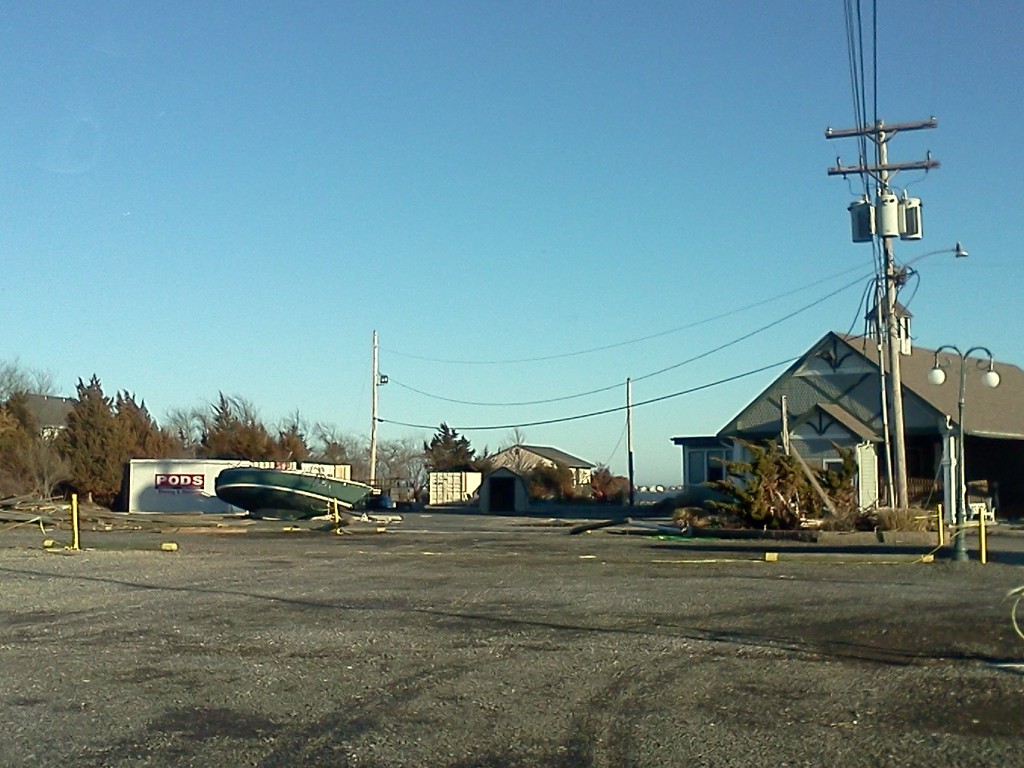 While Sandy isn’t making too many headlines nearly 3 months after the initial impact, things are definitely not all tidied up and back to normal. The scale of the damage is absurd. Basic services may have been restored and rebuilding may be underway, but it wouldn’t surprise me if it’s years before the scars really start to fade, and some of it is probably irrevocable.

I have some trepidation about sailing in the spring, because no one knows what’s changed in the water. According to one article, there are an estimated 1,400 boats, pieces of 58 houses, eight known automobiles, and millions of tons of sand in the bay now, although the state is working to try to clean that up a bit. At the Windjammers’ winter meeting, I found out that at least one sailboat from Cedar Creek has proved that their channel is still there…to 4′ 9″, anyway. Hopefully we can get out of Trixie’s. We got some gear from Santa that should let us know a little more about the bottom before we run into it, but that’s for another log entry.