Back in July we sailed to Myers Hole, which took us near something that the charts called the “Sedge Islands.” They’re pretty cool undeveloped low-lying islands, but I was confounded when I tried to write about them because I couldn’t figure out if I was supposed to capitalize the words or not.

The above image is how it appears on the chart. Here, “Sedge Islands” is capitalized as if it’s a proper name, but so is “Marsh” which is clearly not. Sedge Islands seemed too generic to me. I wasn’t positive, but I felt like “sedge” is a general term for the kind of marsh grass that might grow in sufficient mass to eventually be called an island. In searching around for an answer, I looked up some historic charts. The following is from the Historical and Biographical Atlas of the New Jersey Coast as surveyed and illustrated by H.C. Woolman and Theodore F. Rose in 1878 (which is fascinating in its own right): 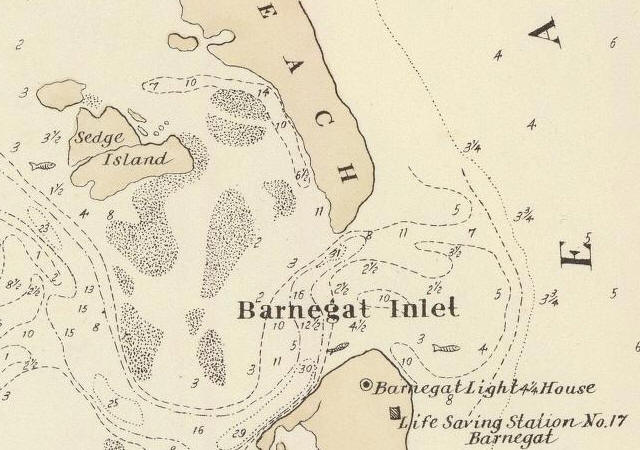 These charts are oriented differently, this one with north at the top, the other to the left

In 1878 it was capitalized, but it’s singular (even though it appears to have a line running through it that looks like a creek.) I love how there are little fish on this chart to indicate “good Fishing Grounds,” according to the legend. Of course, they capitalized it “good Fishing Grounds” which makes me wonder if this is really an authoritative source on upper and lower case. Also of note is that the geography is completely different from what it looks like today. Take a look at a modern satellite image, courtesy Google Earth: 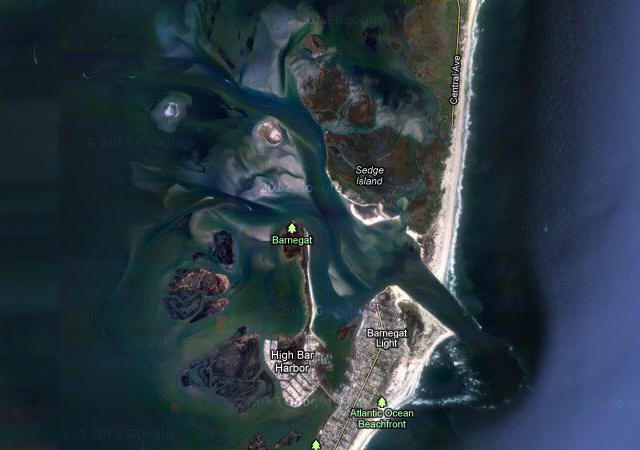 Google goes with the proper, singular name, for whatever that’s worth.

I didn’t find any of this very convincing, so I did what any normal person would do after being obsessed for hours over the proper capitalization of a word: I consulted a scientist.

Some googling lead me to Dr. Jim Merritt, the Program Director at the Sedge Island Natural Resource Education Center. This group conducts research and workshops in the very islands in question. I dropped him an email and we had a great conversation.

Dr. Merritt was incredibly helpful and cleared up a lot of things immediately. He confirmed my suspicion that “sedge” is a generic term for marsh grass. In this case, it’s the genus Spartina. He mentioned that there are two species on Barnegat Bay. Salt marsh cord grass is Spartina alternaflora, which is taller, has a sharper blade and grows close to the edge of the water. There’s also salt hay, or Spartina patens. It’s shorter, has a rounded blade, and, despite its common name, is less tolerant of salt water and generally lives on higher ground. 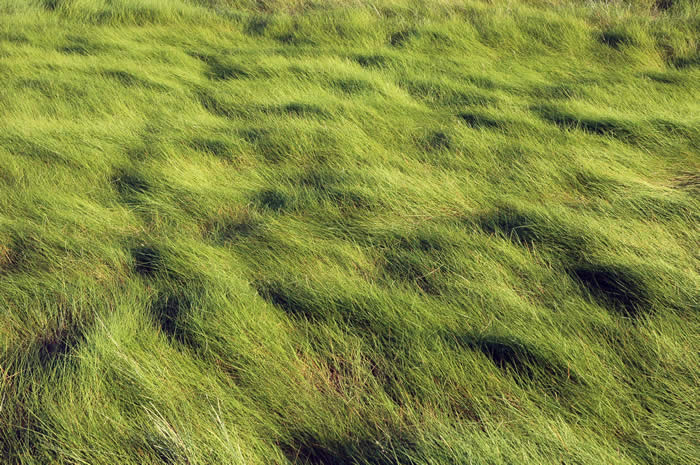 I also learned the real name of an island: the sedge island on which Dr. Merritt’s programs are based is known as Hensler Island (for the family who once owned the area). That’s much easier to swallow as a proper name. A little more digging with that information (and related maps and other maps) turned up more proper names, like Main Island, Sea Dog Island, and the Big and Inner Buster Islands. Dr. Merritt also confirmed that although this island group at the southern end of Island Beach is commonly known as The Sedge Islands, lots of islands in shallow estuaries are known colloquially by the same name.

So if it’s been bothering you for six or seven months that I didn’t know whether or not to capitalize these words: blam; there you have it. It’s endlessly fascinating to me that we live in a time when you can just talk to a friendly scientist when you have a question. It’s very Sesame Street, and strikes me as the way the world is supposed to work.

If you’re interested in supporting organizations that seek to protect and restore Barnegat Bay, please check out:

I imagine that things may be out of sorts early in the season because of Sandy, but I’ll be looking for ways to help out. These organizations were recommended by Dr. Merritt, and he’s clearly quite dedicated to improving our home waters.

Editor’s Note, 02/17/2013:  I met Jim Merritt in person this weekend, after seeing him give a talk at the Mid-Winter Nautical Seminar hosted by the Cedar Mar Yacht Club. It turns out that he’s not a scientist…his PhD is in Recreational Therapy and he specifically made reference to the fact that he only took one biology course. I stand by the coolness of being able to easily get a hold of someone who knows stuff about stuff though.