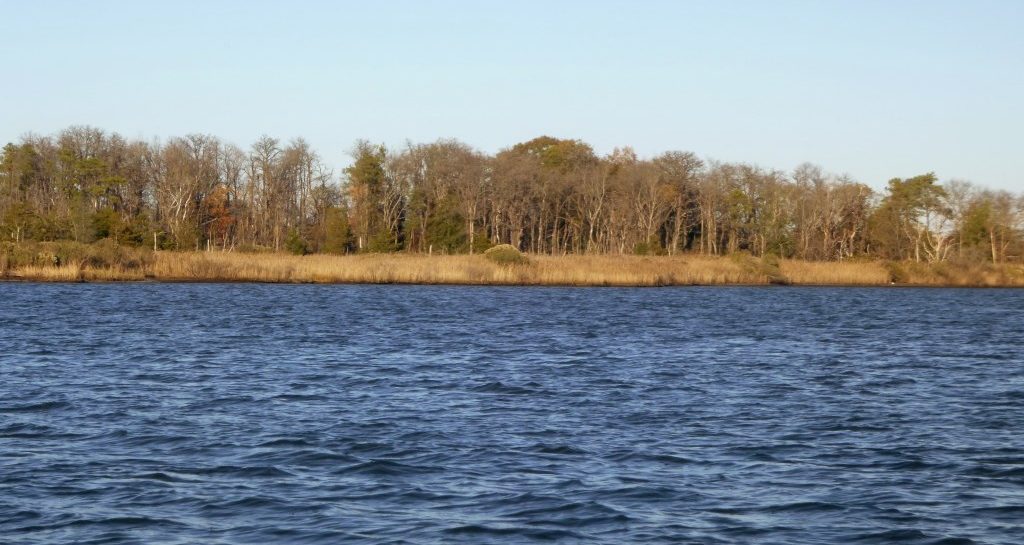 Every week, I’ve been paying special attention to the shoreline, trying to catch the fall foliage at its peak.

I don’t know if the trees along the Cedar Creek aren’t all that vibrant, or if, like so many things in 2016, maybe everything just suddenly went to shit, but it certainly seemed past prime.

With my usual effervescent positivity, my brother and I set out for the last sail of the season. It was too cold for Jen, and when I was trying to explain the marine forecast to Wes, I had used words like “vigorous” and “sporty,” with predicted west winds gusting past 25kts. It wasn’t really that bad.

We were able to close reach on a single tack all the way to Conklin Island, and made pretty good time doing so in a nearly empty bay. One of the few boats we saw was a working tug and barge in the Oyster Creek Channel, which is an unusual sight on the bay. I guess the Army Corps of Engineers is working on the inlet again.

The winds held around 15, possibly gusting to 20-ish knots. With one reef in the main and the full 135, I was having a leisurely sail down the bay, sipping some Cruzan Single Barrel Extra-Aged, when Wes remarked that he was “glad that I knew how to steer the boat so that it didn’t tip over.” That forced me to recalibrate my thinking—at this point, it’s easy for me to forget that normal people don’t operate vehicles that tilt 15 or 20 degrees in the puffs, and that it might be unnerving. I explained that it wasn’t my steering but the 2,700 pounds of lead in the keel that was keeping us up, and that we were in no danger of tipping over. And then I dropped the traveler a little.

I happened to snap a picture of a Bristol 27 (carrying a lot less sail than us) showing quite a bit of bottom paint, so, depending on your threshold, it may have been a little sporting out there. 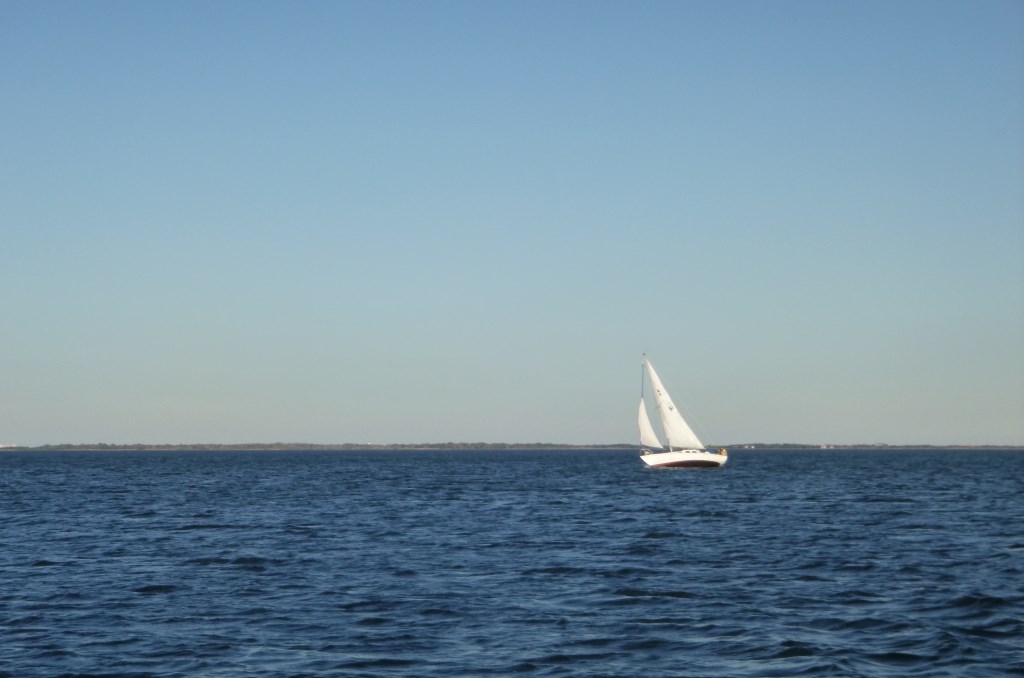 We tacked at 42 and sailed back with wind mostly on or just below the beam, which was a calmer point of sail. We skipped right past the creek and continued on to 39 before tacking around again and heading back. 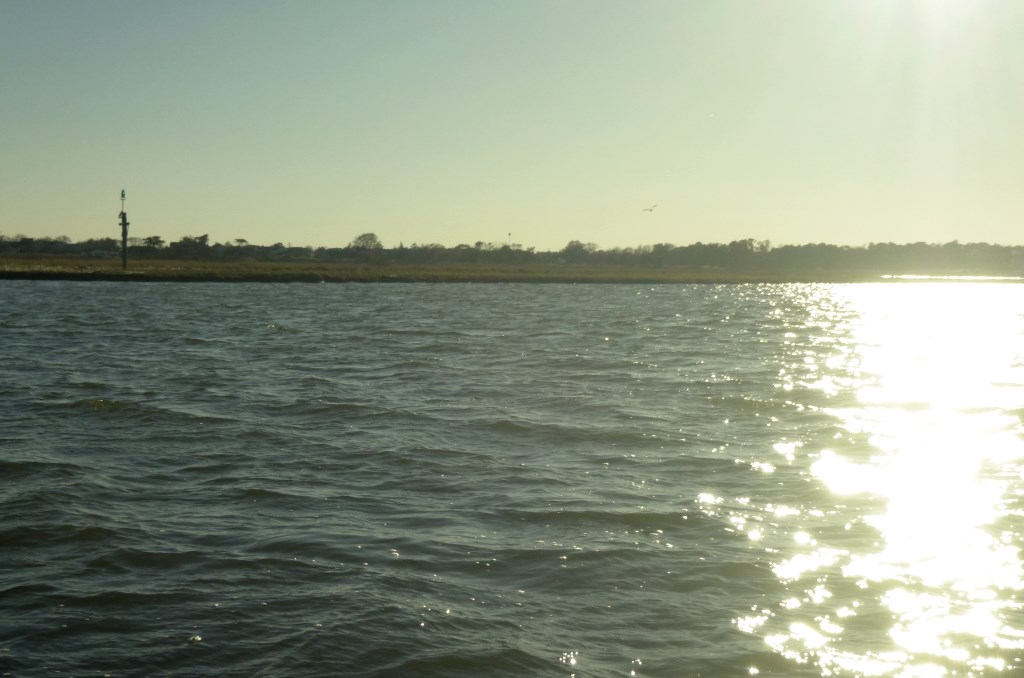 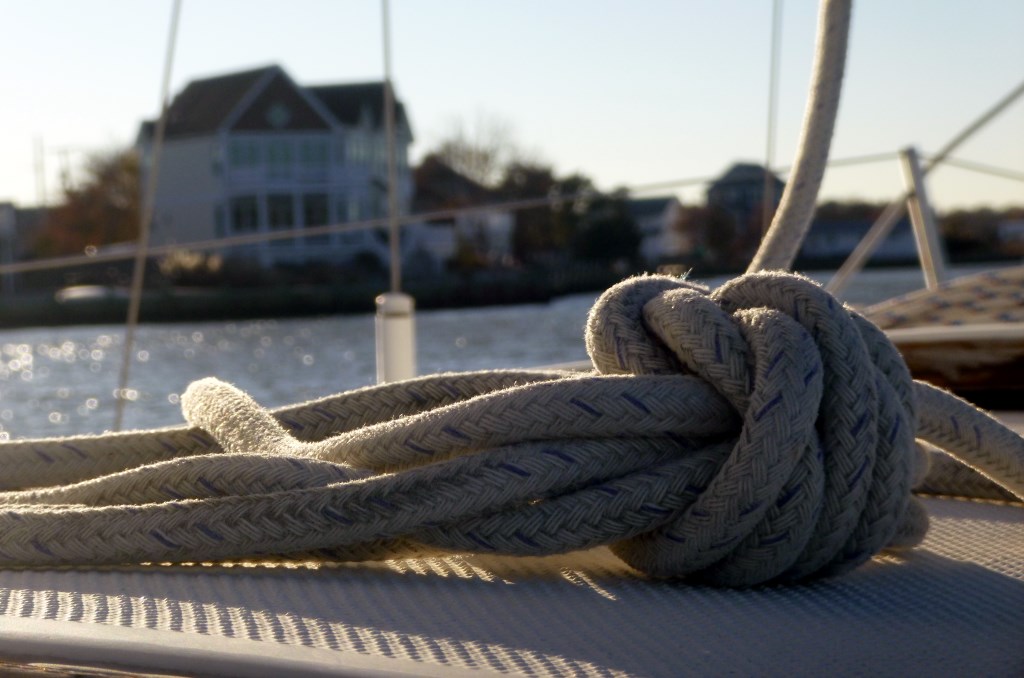 It would have been nice to have been able to stay out to see the moon rise over the water, since this was the brightest full moon since 1948 (yet another supermoon), but we needed to preserve some daylight to strip the canvas. Sunset was at 1641 local time, which barely seems possible since it’s only mid-November. I sometimes think about how ancient people must felt as the days got shorter and shorter toward the winter solstice—much like Wes must have been feeling when the boat kept heeling and heeling in the gusts: if this keeps up at this pace, we’re in serious trouble.

Wes helped me get the sails off and we flaked them in the boatyard. 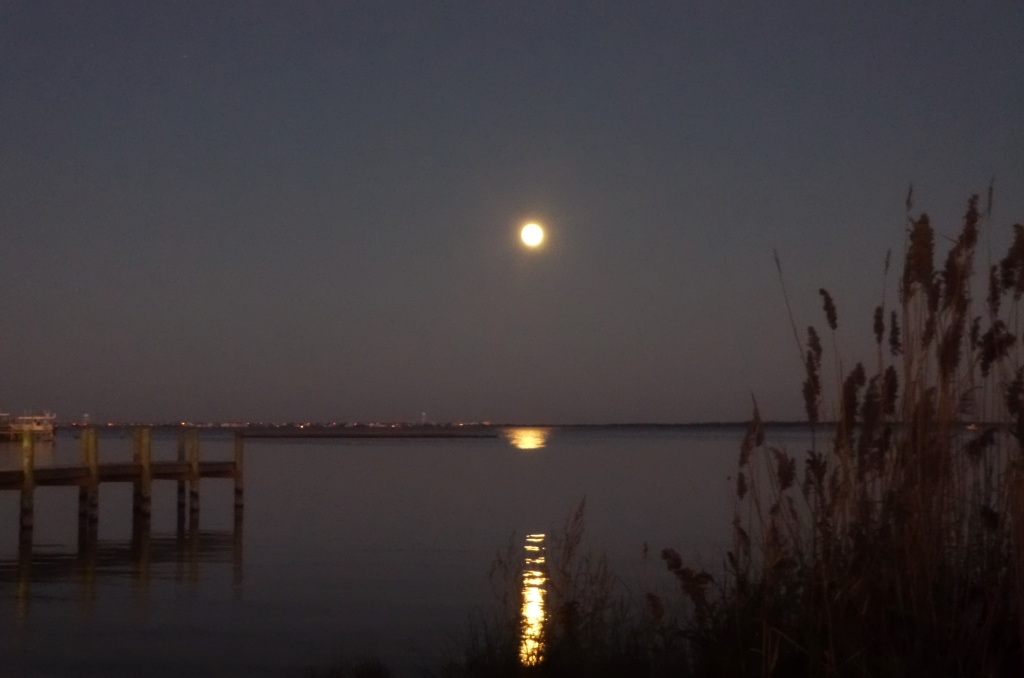 Seeing the sails in my car really put it in perspective. I’m not sure where this season went. Despite the chilly temperatures and the leaves piling up in my yard, it doesn’t feel like the season should be over. Yet Fortuitous will be pulled sometime this week. Sailing has certainly made me pay more attention to the natural cycles of things, but somehow, this sunset has managed to catch me off-guard. 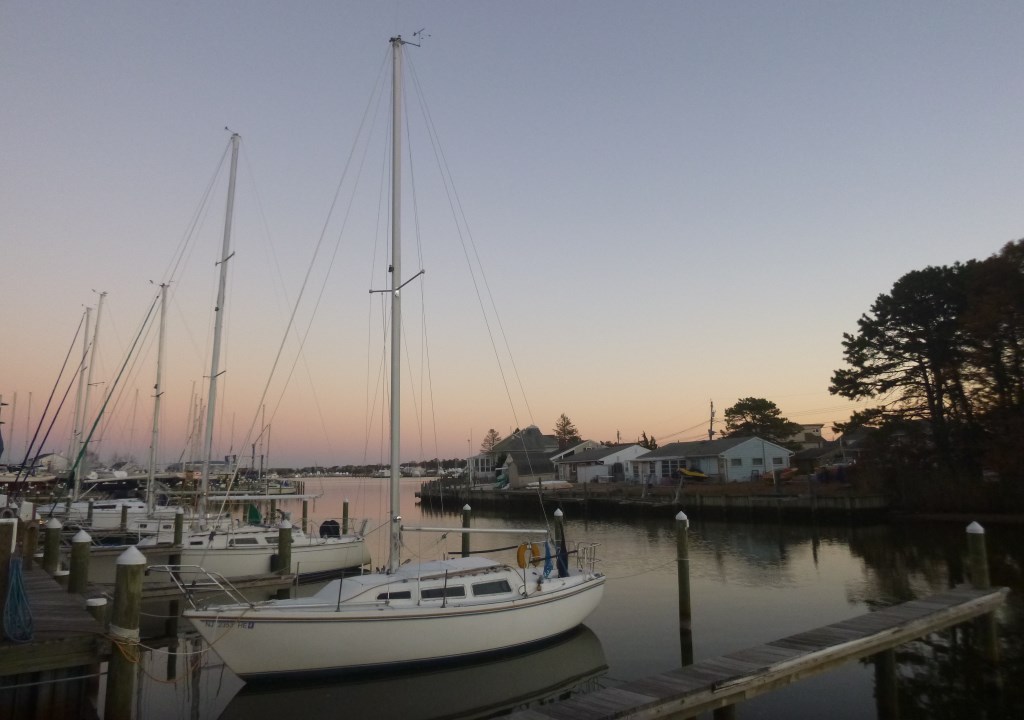