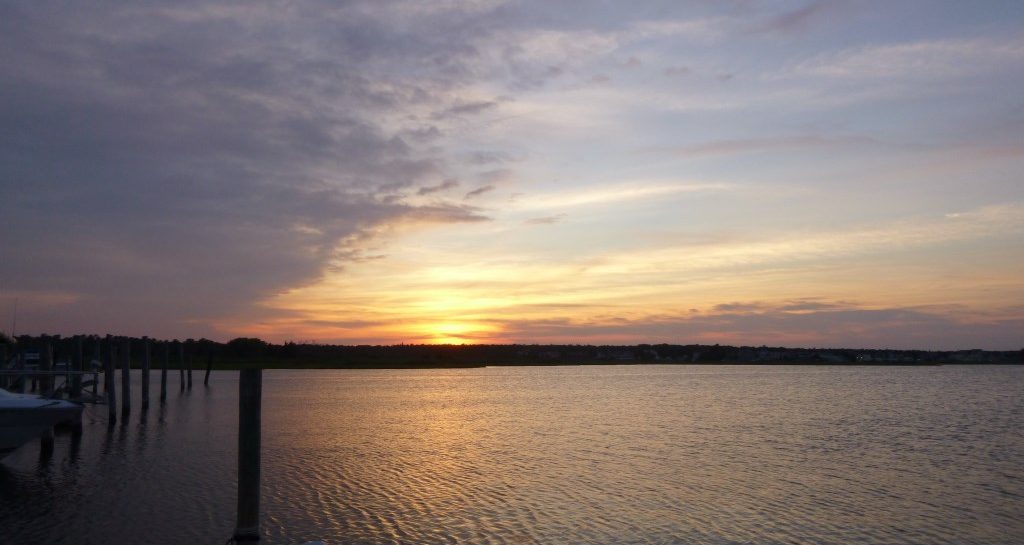 Take your pick of astronomical phenomena: the summer solstice, the supermoon, a flyby from the International Space Station…all good excuses to go sailing.

On Saturday we prepped for the Windjammers’ annual Chicken and Ribs dinner and an overnight on the boat. I baked some kind of cornbread thing with honey and icing and cornflake topping to try to get somewhere within the parameters of a “southern dessert.” I can’t bake and I don’t really like anything with icing, but people seemed to like it and at least we didn’t bring 1 of 12 identical grocery store key lime pies like last year. We left the dock party hastily for what I assume is the most reasonable excuse that one can give his sailing club: we were going sailing. It’s unusual for us to start a log entry with pictures of a sunset, but we took full advantage of the ridiculous amount of daylight so close to the solstice and set out around 2030. 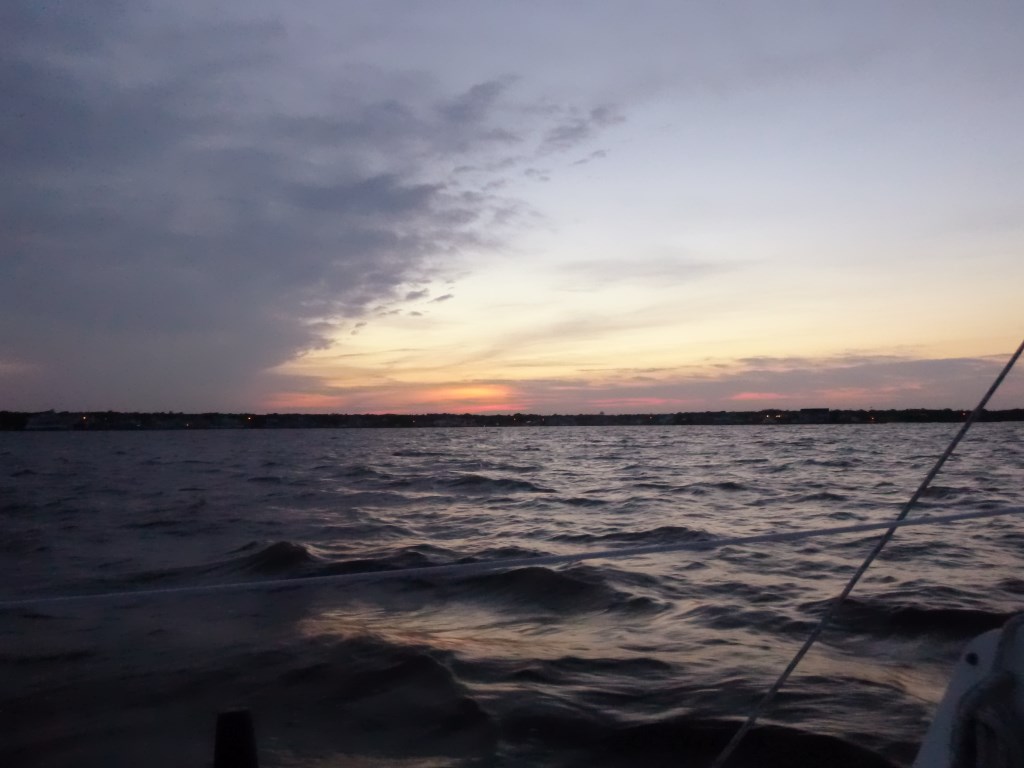 To our amazement, all of our lights worked. I guess whatever wires I pulled apart in a fit of rage while attempting to wire in our [still not working] depth finder got put back together in such a way that completed some circuits, or I at least disturbed enough corrosion that some fresh copper got exposed. Whatever the cause, it was comforting to be able to turn them on and off at will and not have to wait ten minutes for them to engage, which is how they worked last year, if at all—contrary to my general understanding of the nature of electricity. If lightning bolts took ten minutes to get to you, more people would step out of the way.

The wind was from the south and a lot more brisk than I thought once we got beyond the shadow of Berkeley Island. We sailed north on just the jib, still not exactly sure where we were going. Our original plan was to anchor at Berkeley, which is a nicely sheltered anchorage, but apparently a lot of people had that idea. There were a couple other Windjammers about who were making for the Toms, which would have also provided good protection. It seemed like a long way to go in the dark though, even with working nav lights. We turned nearly 90º to starboard and headed for Governor’s Mansion, eventually cutting off Sunset in the process (I had every confidence that Dale would respect my authoritah as leeward boat). Long before we nearly collided, I got a picture of them with the moon. 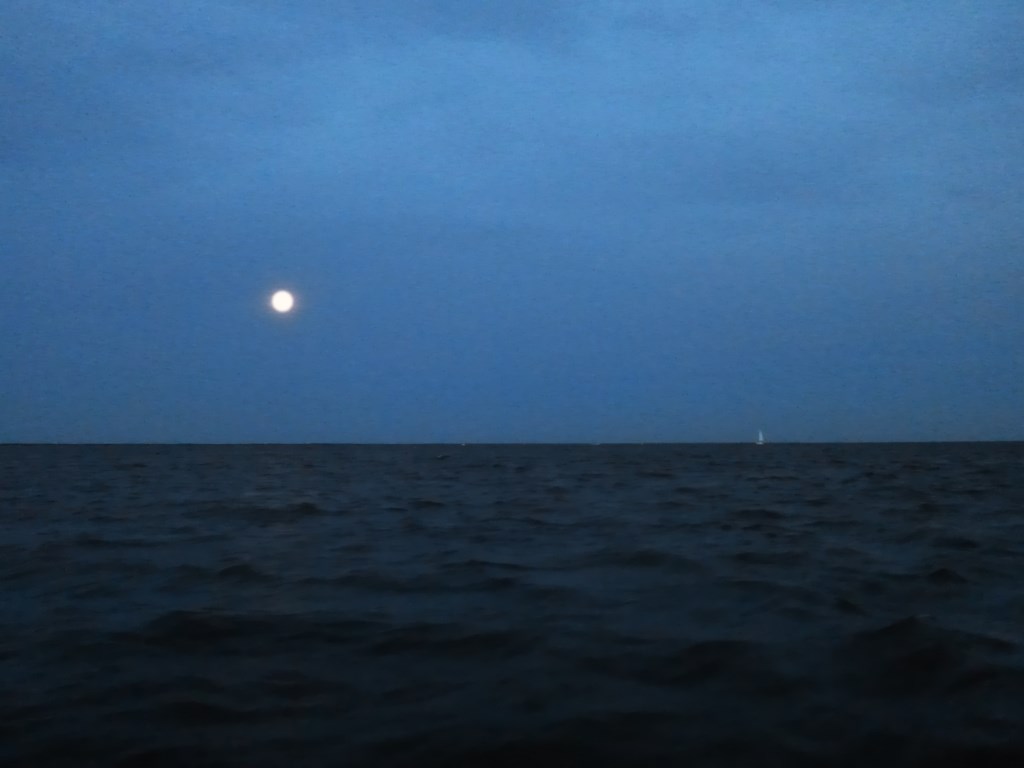 The moon was supposedly a supermoon, which means that it’s both full and at perigee. To be honest I didn’t really notice much difference, but I’m easy to please when it comes to moons, and am a fan even at apogee. By the time we got over to Governor’s, night was fully upon us. Jen was concerned about navigating the narrow unmarked channel in the dark to get to the deep part of the anchorage. I feel like sometimes a skipper’s got to level with his crew and sometimes a skipper will get further with a display of unwavering confidence. I’m not sure if this really qualifies as either, but sometimes maybe it’s just in the turn of the phrase, because she seemed to accept it when I spontaneously uttered “We don’t know where the deep water is in the daytime.” Blatantly disregarding the terms of service, I used the controls on the actual boat to make the little boat icon on Jen’s telephone-based navigation app go through the channel and we eased into the anchorage as if we knew what we were doing. 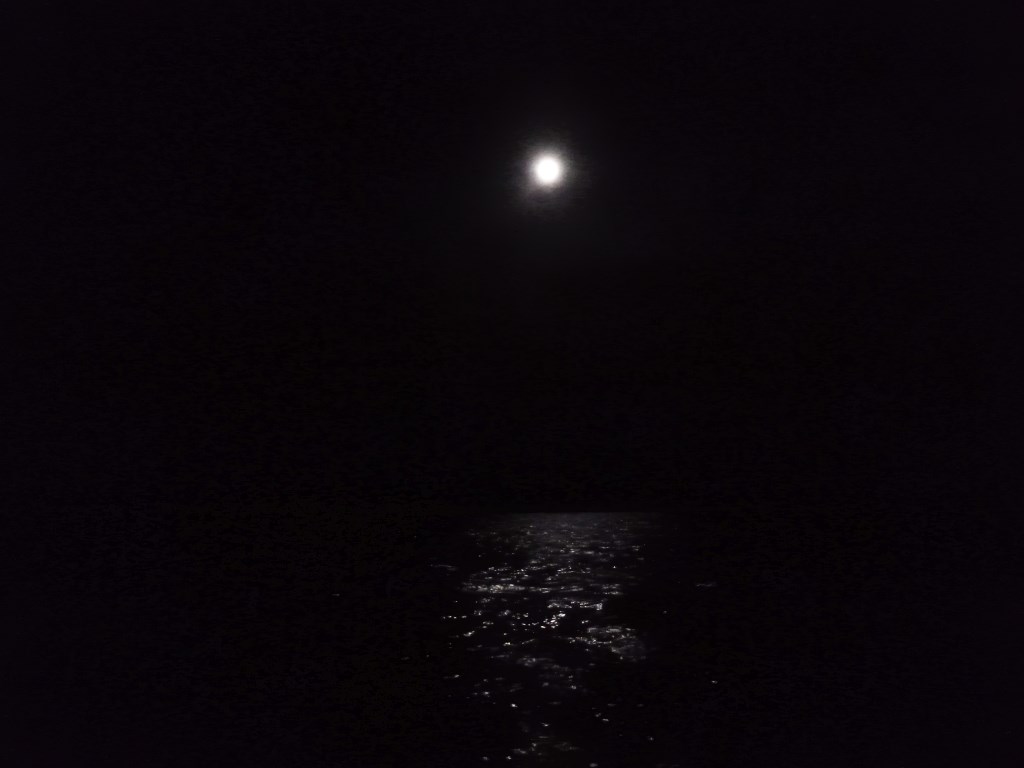 I’m not convinced that it’s possible to take decent pictures at night from a boat. We move too much to allow for exposure times that would result in a photo with visible parts, but I tried. And we were definitely moving…the wind was steady 10-15kts with a lot of fetch, and Governor’s doesn’t provide much protection from anything but a sea breeze. We knew going in that we’d be exposed, but it wasn’t supposed to get too nasty and having nobody within a half mile was worth it to us. We had 400′ of deep water in every direction and let out some extra scope as security. The water had far more color and life in the moonlight than the picture implies—colors you only see in the dark and sounds you only hear when it’s silent.

It was cool and we closed the hatch partially to keep the breeze under 12kts in the cabin. Despite the wind, we were tucked in to land just far enough to keep the chop from being troublesome and were gently rocked to sleep. 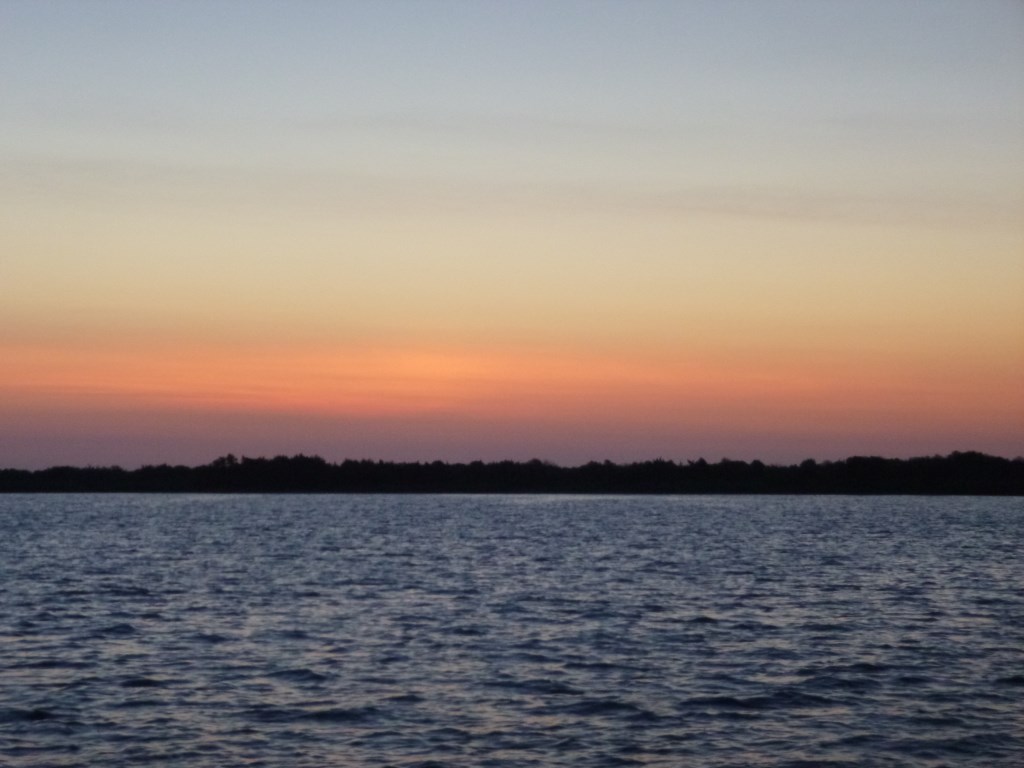 0500 was pre-dawn, but just barely. I got up to check our position (our anchor is a champion and we didn’t budge) and took some pictures before going back to sleep. We wound up sleeping in, as we’re apt to do, and we didn’t do much even after we woke up. I swam. We talked. We made some sandwiches. We got all the way to England Dan and John Ford Coley in our Smooth Sailing playlist. It was just another relaxing day spent off the dirt, where the chaos is somehow much more palatable.