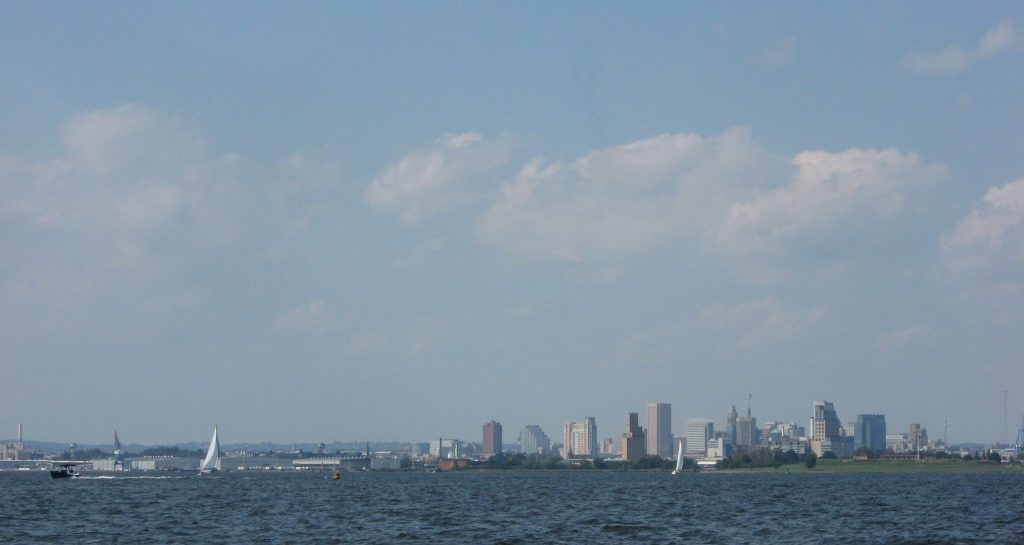 Jen and I didn’t sail Fortuitous this weekend, but we did have a chance to do some quality sailing around Baltimore with Dave on Haleakula.

We’ve actually sailed on his C&C 35 once before, and wrote about it here. We were complete strangers when Sailor Dave helped us do an inspection of Fortuitous in 2009, back when we were merely boat shoppers and not yet boat owners, but we’ve stayed in touch over the years. One of the things I love about sailing is the community of sailors. I think that there’s a perception of sailors as arrogant, competitive, and rigid in their thinking. While that is all absolutely true (joking…kind of), they are simultaneously a generous bunch, and are willing to help whenever they can. We certainly appreciate all the help that we’ve received along the way. 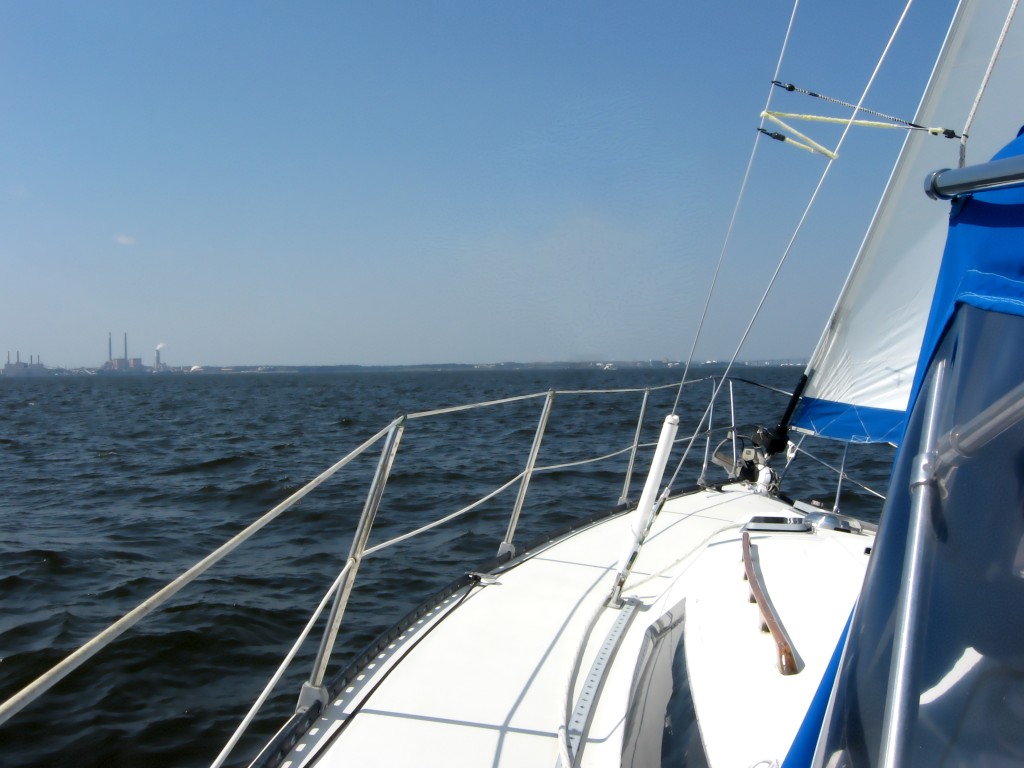 It was gusty, making for steep chop on the bay, so we sailed in the Patapsco River, which is the main river in Baltimore. This was pretty exciting for us since we’ve never sailed around such an active port. We got to see not only Fort McHenry, which defended Baltimore from the Brits during the War of 1812 (inspiring the Star Spangled Banner), but the actual Port of Baltimore, where the shipping container full of dead prostitutes showed up in The Wire, season 2. It was really the full gamut. 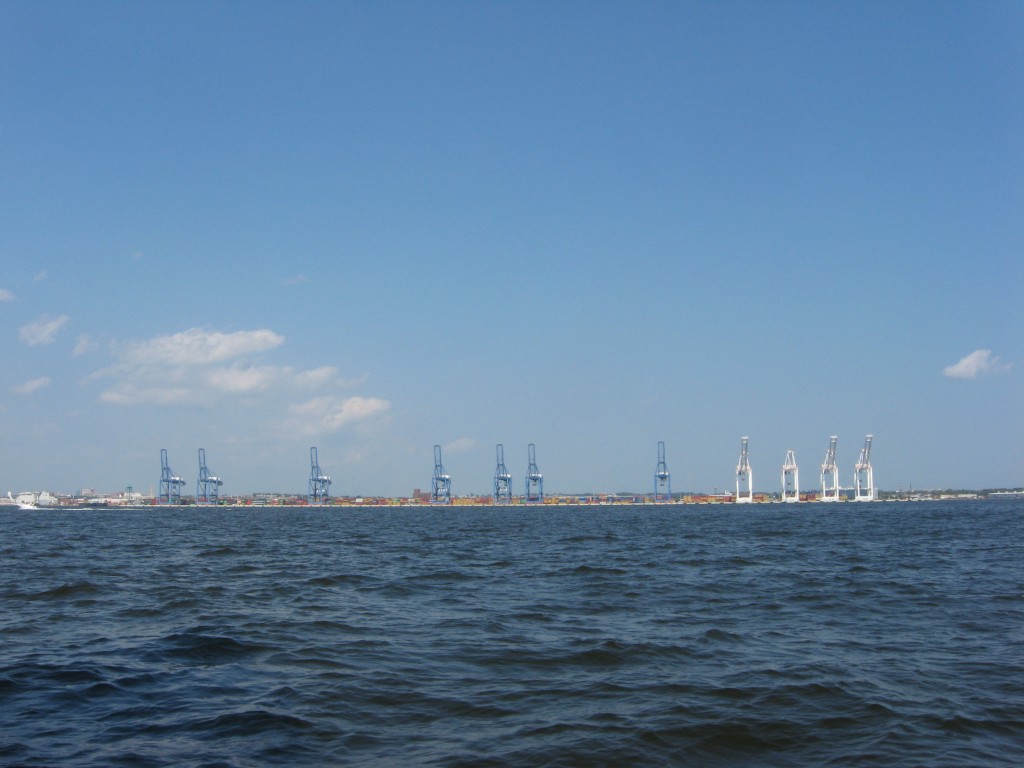 There’s lots of active shipping on the river. We sailed past the Titania under the Key Bridge as she was making for the bay. We had seen her docked when we were driving over the bridge on the way there, where I had guessed that she was a car carrier. Turns out that I was correct, and she’s actually the largest car carrier in the world—able to transport a staggering 7,800 cars. 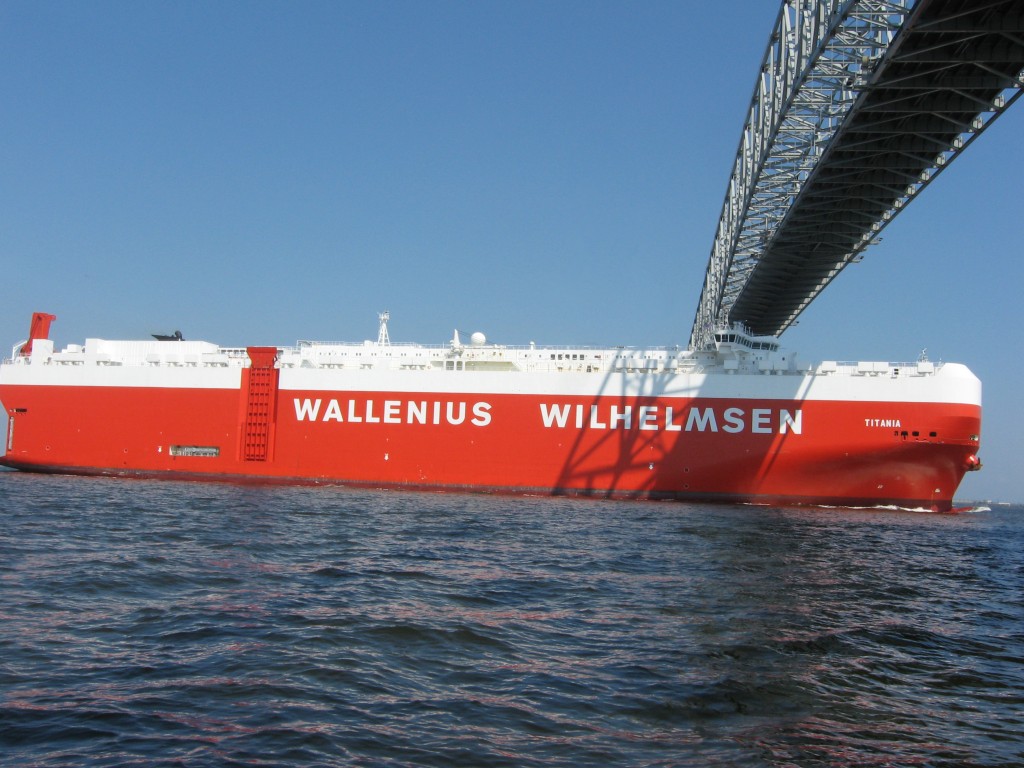 There was lots of other traffic too, both working and pleasure boats. We saw a beautiful Hinckley, complete with a family in straw hats, sailing with us among bargeloads of bulk cargo. 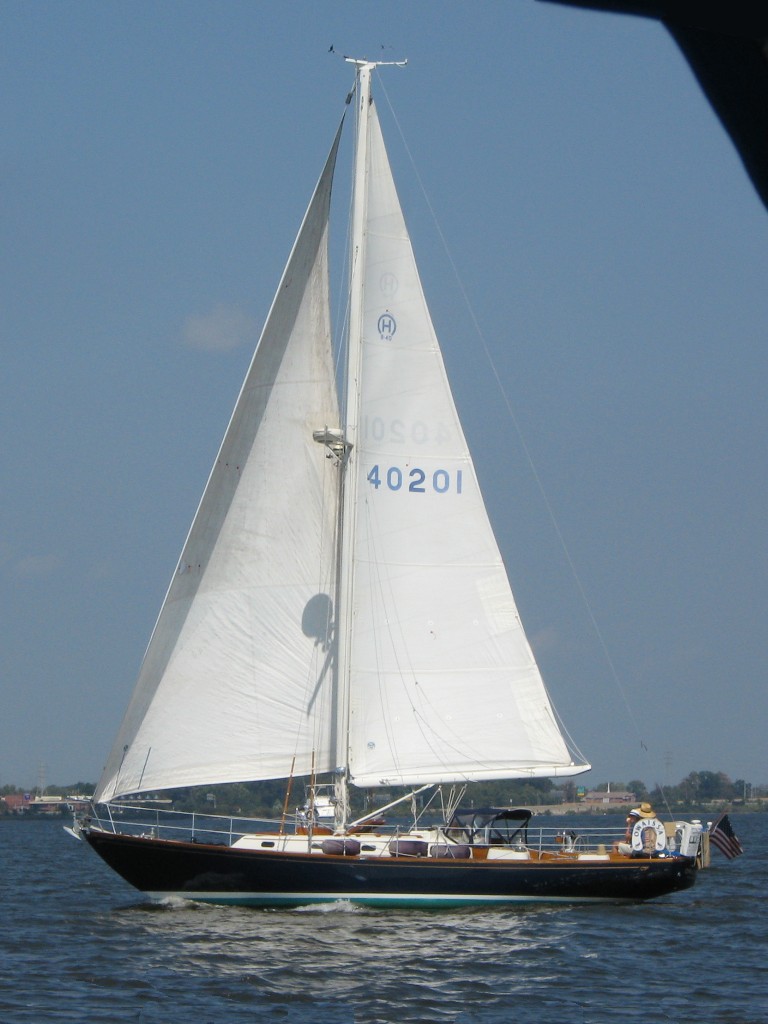 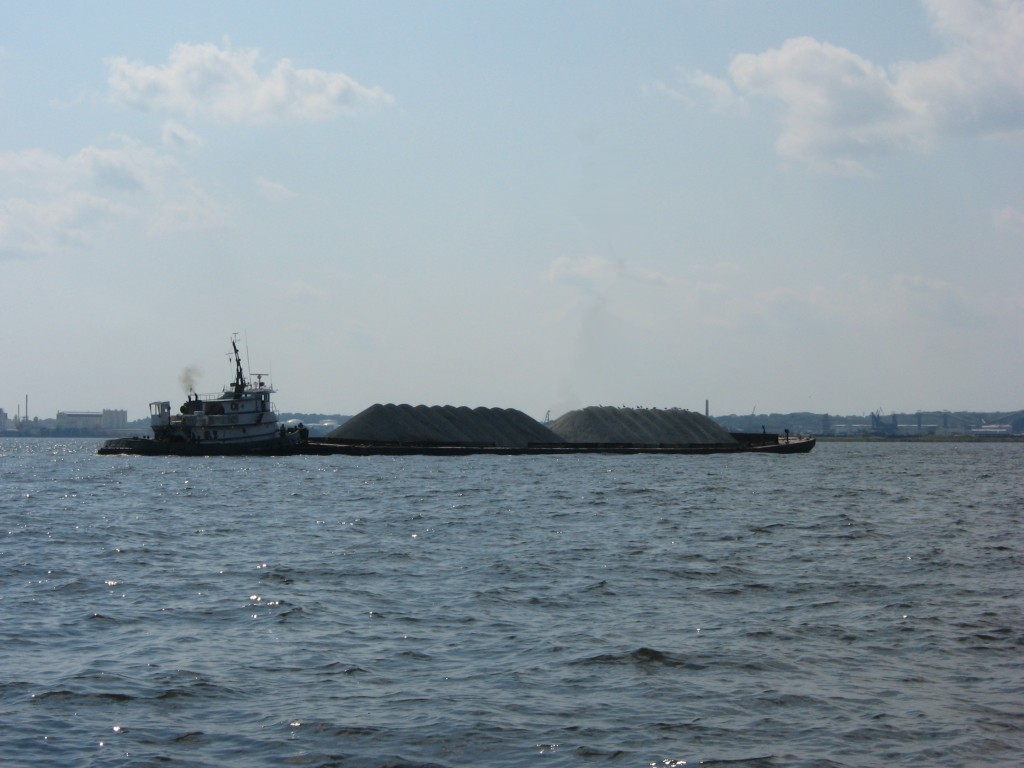 I spent a lot of time at the helm and had a relatively difficult time. I’m not used to wheel steering, which has a very different sort of feedback, and I’m not used to a boat that can laugh off waves and wakes like a 35 footer can and did a lot of unnecessary over compensating. I got a little better over the course of the day. Jen also spent some time at the helm and did really well. She was steering backwards in the very beginning (which I’ve done too) since that’s how it is with a tiller, but she got past that quickly. She sailed us under the bridge on the return trip and successfully rode the puffs to pinch past Fort Howard without having to tack across the shipping channel. I was glad that I at least caught the spring line as we were coming in to the dock.

We hung out for a while and discussed sailing, life, and making your own luck. It was great to see Dave again, and we hope to meet up on the water again soon.