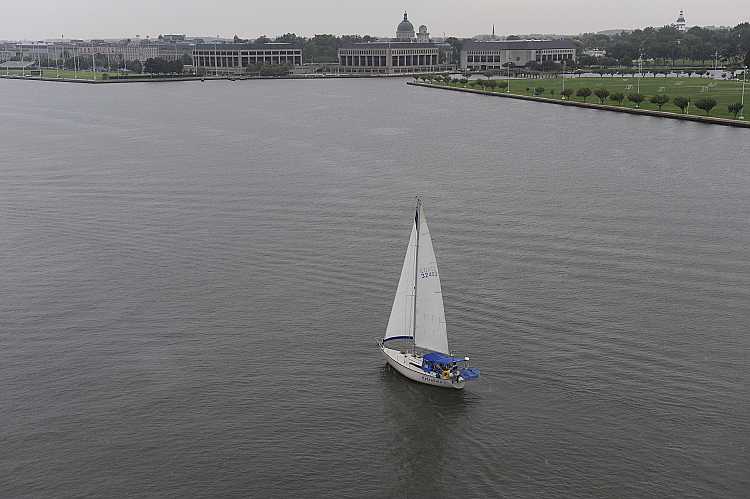 Back in the earliest days of our sailing adventure, we asked a huge favor of a total stranger. As mentioned in our first two blog posts (here and here), some people on Sailnet had volunteered to help check out boats for sale, either for people who were too far away or, like us, too new to sailing to know what they were looking at. Dave was covering the Baltimore area, and we solicited his help in evaluating Fortuitous. We really appreciated his experienced opinion before diving in, and have kept in touch with him. Around our one year anniversary, I dropped Dave a note, and he offered to take us sailing sometime, which we were happy to do.

We drove down early and met Dave at his marina. We got a tour of the yacht club, which was much more serious than the Windjammers (their officers have officers’ uniforms!), very nice, and in a well protected area. Dave also took the time to show us his boat Haleakula, a C&C 35 MKIII, in detail, including a lot of the systems and enhancements that he had made. We then cast off the lines and eased out of the slip.

We motored out into the Patapso amidst the active shipping going in and out of Baltimore Harbor. There was enough wind for us to get the sails up once we got out into the bay, and we casually sailed east. Jen got to try her hand at wheel steering as we dodged crab pots, and Dave helped me read the charts so that I could get a sense of where we were in relation to the only part of the Chesapeake that we’ve ever sailed, way up by the Elk River. I got to take the helm a little too, although the winds were pretty sporadic at that point. We took down the sails and motored back, where Dave docked expertly.

I hope that we can someday return the favor for Dave, and that someday I’ll know enough about boats to help people get going on their sailing dreams. 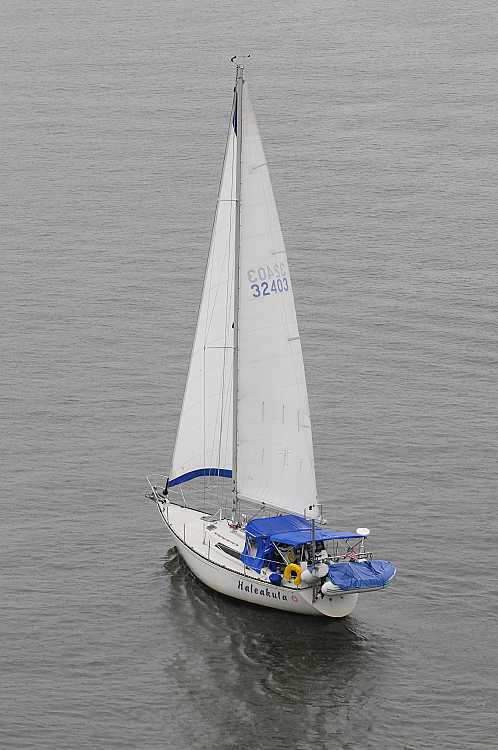