Every year, the Windjammers Sailing Club races against the Tall Oaks Yacht Club, which is the club associated with the State Marina on the Forked River. The Windjammers were pulling out all of the stops to defend the trophy that we’ve held for five years.

Ok, in reality, we only pulled out some of the stops. Although this is our most serious race, it’s still not a cut-throat, screaming and yelling, protest flag-inducing affair. It’s still done in the spirit of fun, just like a race within the club. I wanted to lend my support though, and decided to show up and see if anyone was looking for crew.

I arrived 15 minutes late to the captain’s meeting, which, in sailor time, usually seems to be somewhere between on-time and slightly early, but in this case the meeting was already in session. The race was being officiated by the Metedeconk River Yacht Club, which is a pretty serious racing club in Brick, NJ and it was a lot more complicated than the Windjammers’ Ladies’ Helm Race. We were given a starting point near the 39 marker, but there were about 8 possible courses provided. Based on the wind direction and the discretion of the race committee, the actual course would be selected once we were out there.

When the meeting finished up, I found Ron and asked if he knew what boats needed crew. Stormy Petral did, and I thought that’s where I was headed, but Val’s Sabre 36 Providence II was even more shorthanded and it was decided that that’s where I should go. We made our way from the clubhouse to the upstream docks, and I helped get the boat ready to race. We removed the bimini and dodger and took off anything heavy that we could, like the dinghy motor, which was mounted on the stern rail. There was much debate as to whether to leave the 90% storm jib on or to go to the high-tech 135. There was quite a bit of wind at the marina, and the marina is quite a bit up the creek from the bay. Val and Richard ultimately decided that they would risk being over-canvassed (with the option to reef the sail a bit if necessary) rather than risk being underpowered with little opportunity to do anything about it once the race started.

John, who helped launch our boat this spring, joined us late to give us a crew of four. I was assigned to the main sheet, and would have to quickly learn what in the world to do with a traveler. The traveler on my boat is about 12″ long, mounted on the stern rail, and can’t be moved under load without an act of contrition, so I’ve got it permanently cleated down in a neutral position. Val’s boat, however, has a “real” traveler mounted on the cabin top with proper bearings and purchase to make it an invaluable piece of sail trimming gear, especially in 25kt. gusts. 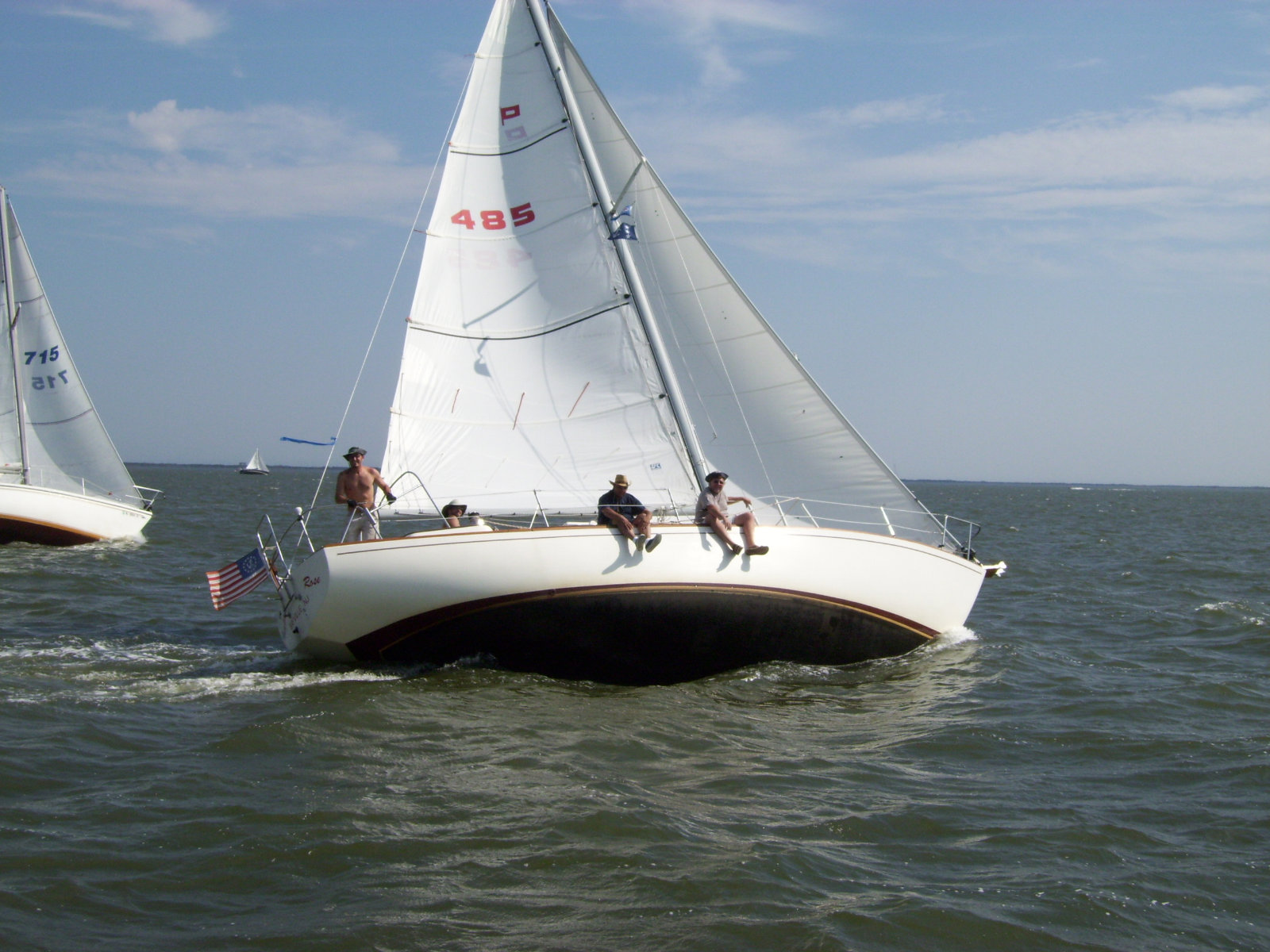 We motored out to the starting area and ate some awesome sandwiches while we waited with the other racers for the course to be revealed. The Metedeconk committee boat was a tricked-out powerboat with a specialized flag array on the flying bridge to show the starting sequence, and, fantastically, a cannon on the foredeck for auditory signals. They notified us over VHF that the race would be to a marker placed near Tices Shoal, down to BB, then back to Tices, where the committee boat would move to create the finish line.

The start was chaotic, as starts are apt to be I suppose. There were 18 boats vying for position, all trying to be right at the line in good wind and with speed at the moment the race started. I was intensely focused on trimming the main and only caught bits of the strategy chatter between Richard and Val, but whatever they did worked because we nailed the start. Over the first couple miles we accelerated away from the fleet and left them in a jumbled pack. We were nearly on a beam reach, and I was told to use the traveler to keep us from heeling “too much,” which was difficult to gauge because we always strive to sail Fortuitous flatly and it all seemed too much to me. When Richard showed me the level meter and told me to keep it around 30°, I was able to approach it a little more mechanically and I think did better. 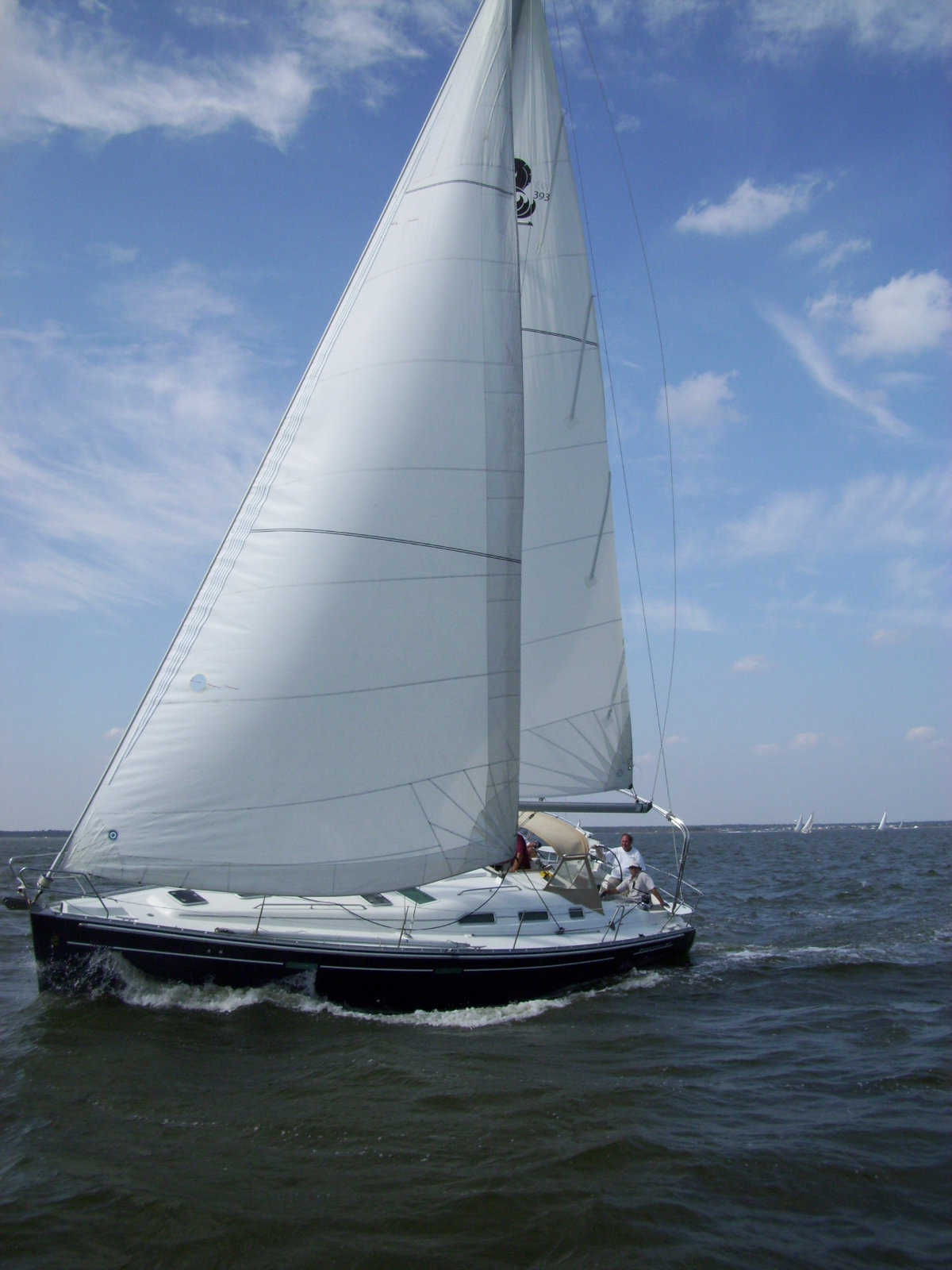 About half way through the first leg, Wind Dancer, a big ol’ Beneteau 393, made its way out of the pack and straight-up hunted us down. John and I were hunkered down on the windward rail and we were doing everything we could to make our best speed, but she was just faster and passed us, reaching the first mark before us. As we rounded the mark, we came close hauled, made a few adjustments to the genoa trim, and eventually started gaining on them again.

Wind Dancer couldn’t point as high as us on the close hauled leg, and had to tack early in order to get upwind far enough to make the starboard rounding. By the time we got there, we were a few lengths ahead, and performed a crisp 180 for the final leg. It wasn’t quite dead downwind, so we weren’t able to go wing and wing (no spinnakers allowed) and we had to make a broad reach for the finish. The main was blanketing the jib and we had a hard time keeping it filled, but it was a similar story for the boat we were dueling. As we picked our way through the boats that we were lapping, it appeared that the Beneteau was closing on us at a couple points but we did everything we could to stay ahead of him. I remembered back to my dinghy sailing days and asked if we could raise the centerboard, which the skipper appreciated, although I think what sealed the finish for us might have been some last minutes attempts on Wind Dancer to pole out their jib, which didn’t work out.

The best part was hearing that cannon fire as we crossed the finish line and claimed our line honors.

Of course in this sort of racing there’s more to winning than crossing the finish line first. In order to make the race fair for everyone, a handicapping system is used to account for inherently faster or slower vessels. We use the PHRF system, and on adjusted time we came in second to Wind Dancer because Providence II was sporting the lowest rating on the water that day. Furthermore, we found out that overall, the Windjammers had lost the trophy to Tall Oaks, dashing our hopes for a 132-year winning streak. Still, despite the day’s outcome, it was a good match, a great learning experience, and a hell of a lot of fun. 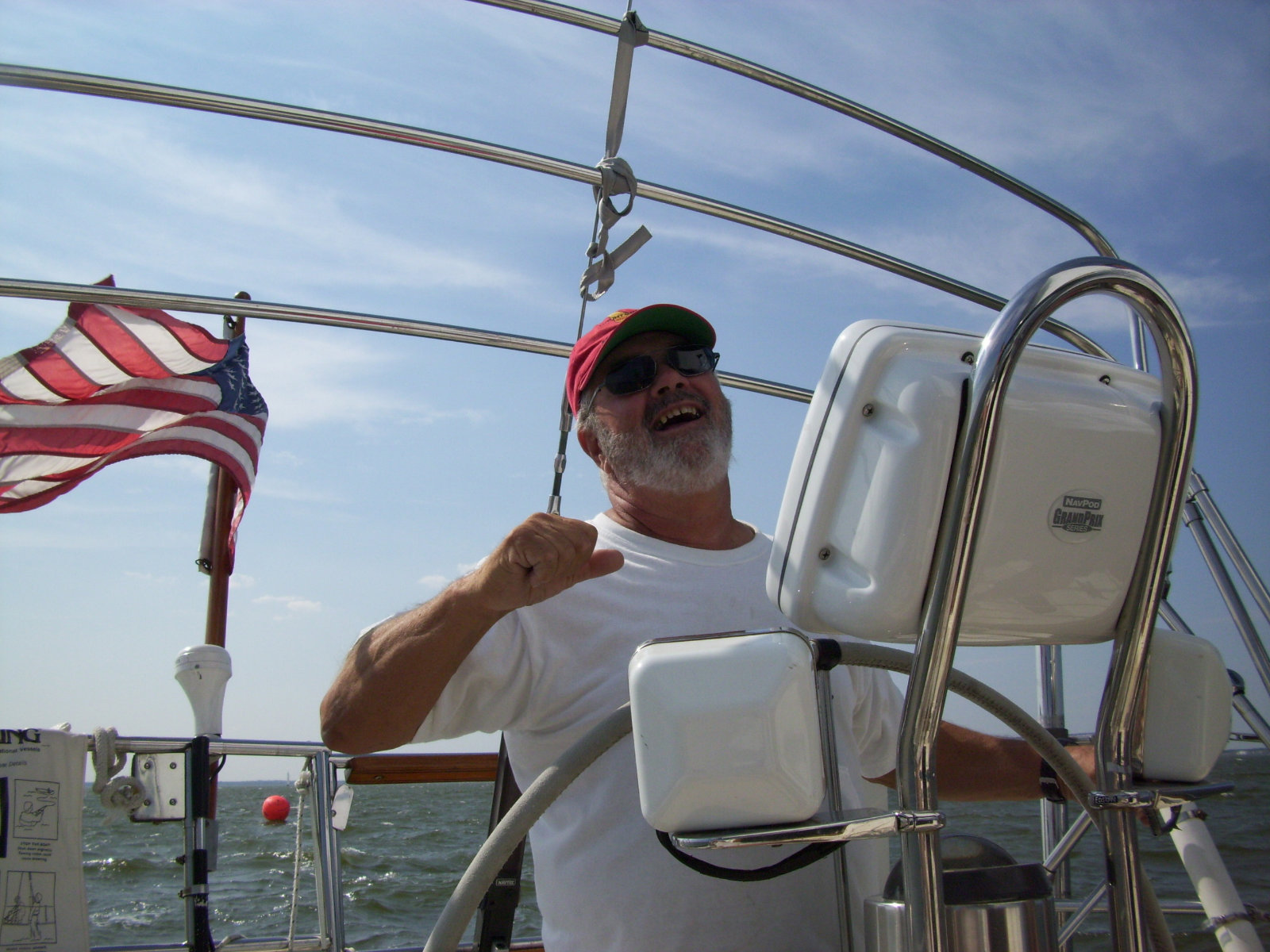