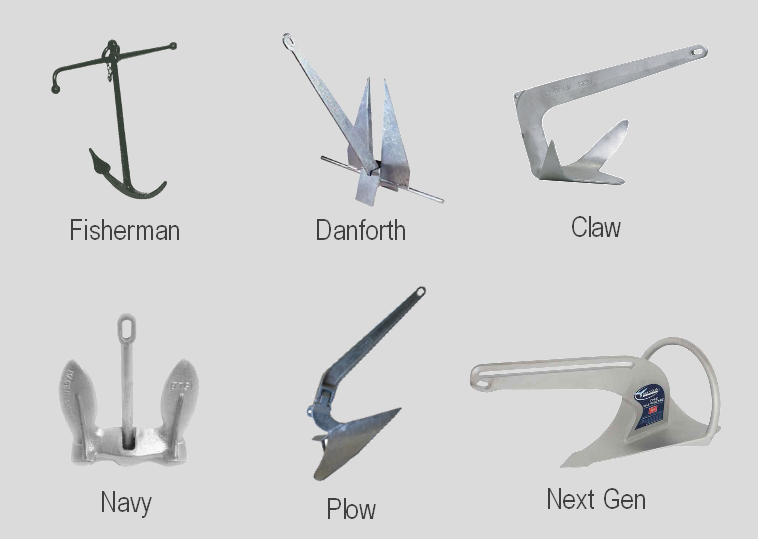 Shopping for boat stuff is hard. Fortuitous is our first boat, and although I read about boating things all the time, it’s sometimes difficult to know what’s needed, what’s reasonable, and what’s good. There are reference books, and there are sailing clubs with plenty of opinionated sailors, but nothing brings out the white-hot craziness of a good anchor debate or bottom paint discussion like an online forum. 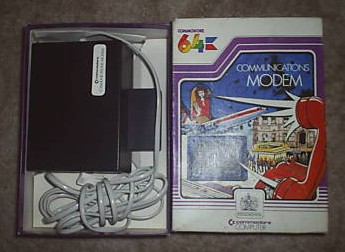 I’ve been talking to people online for a long time…I think originally on a Commodore 64 with a 300 baud dial-up modem, and then on an XT clone with a Hayes-compatible v.22bis modem, which seemed ridiculously fast at the time. I was out of it for a while, but when I got interested in audio recording in the early 2000s those old BBSs had grown into Internet forums and message boards, and things had really come a long way.

Sometimes I wish I could do a psychology (or sociology?) dissertation on the lifecycle of the message board. I have a narrow but fairly deep knowledge of a couple different forum ecosystems, and in my experience they seem to fall into a neat pattern that, like many things, makes me wonder how humans have survived this long as a species.

When I decided that I would teach myself how to record by subjecting myself to the rantings of emotionally stunted amateur musicians, the leading recording forum was (and probably still is) homerecording.com. I did a lot of reading and not a lot of writing. Or in the parlance of our times, I was a newb so I lurked. I never really got into the “community” aspect of it, but did get some noises into my computer. Shortly after I joined, a few well established members of homerecording.com had become sufficiently fed up with the site that they split off and made their own called recordingproject.com. In their estimation (and in the minds of a substantial number of defectors), HR had become too large and ungainly, with a relatively poor signal-to-noise ratio. RP promised sensible moderation, industry news and exclusive content, and very generous audio upload capabilities for the purpose of peer review and critique—this was long before the days of the sub-hundred dollar terabyte hard drive, and allowing users to upload practically unlimited 7MB MP3s was a big deal. 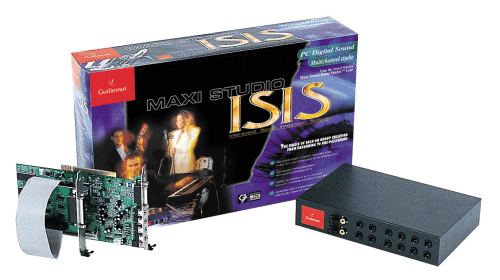 In most regards, they were successful and I quickly made recordingproject.com my home on the web. I can’t say whether or not I would have grown just as close with the guys at homerecording.com if I’d been there from the beginning, but I tend to do better in a smaller group, and I feel like the people who came over were generally the more interesting sort. My posting picked up and I became a known quantity on the board, my recordings improved, and I actually met a few people from there in the meat world, making at least one lifelong friend. There were a lot of funny people, reasonable information on audio equipment, and the occasional dramatic explosion, but even that seemed like good drama. More AMC than the Lifetime network. It was pretty fantastic.

But like the Buddha said, nothing remains without change. No one is really sure what happened, but over time things devolved. A prominent and universally loved member died suddenly before his time, one of the founders (whose vision drove the site in a lot of ways) went through some changes in the real world that greatly lessened his online involvement, and the site got kkat’ed. There are members of the site who would flame me today for including this detail, but I’m convinced that the user “kkat1” played a large part in ushering in the site’s decline. One of the most prolific posters was kgirl, a crazy-eyed red head (and a novelty on a site with about 1 woman for every 2000 or so men) who quite publically got into and then out of a romantic relationship with a belligerently Christian health freak (but really good guitar player). When things went south with their online breakup, kgirl’s mother, kkat1, got involved—on the forum. That turned a lot of people off immediately, but even after that had subsided, kkat continued to post. She was in the practically horizontal portion of the age bell curve, semi-literate at best, and took it upon herself to spew nonsense in just about every thread. She became the focus of attention as she systematically derailed conversations and it sucked a lot of the fun out of the site. The administration, including me at some point, debated banning her, but ultimately stuck to the inclusive ideals that were set down in the site’s rules, and things just slowly wound down. RP is still out there, technically, but it’s a sad shell of what it once was.

At some point, people who were bored with all of the random old people talk started up a new site called audioandanarchy. I recently started visiting there to connect with a couple people I knew from RP, but it may be a little too much of a frat for me to really buy in: it’s kind of a bawdy testosterone fest with attention deficit disorder.

So, I’m not really into recording any more, but I’m ridiculously into sailing, and when I wanted to start learning about it more, I again turned to the message boards. Some of the parallels are uncanny. The first forum I stumbled upon was sailnet.com. It’s the massive, commercial, go-to, as HR.com is to recording. While I was lurking there, I began to learn that some of the members had recently splintered off and made their own forum, with less but better traffic called anything-sailing.com. This reminded me so much of RP’s secession, I instinctively figured that I’d be more at home there. Having been scorned once, I’m not sure that I’ll ever be as invested as I was in RP, but today anything-sailing is certainly “my” sailing site. The thing that freaks me out the most in this analogy is that the most rowdy and salacious sailing site is probably sailinganarchy.com—an almost perfect mirror image of audioandanarchy.

There are also substantial differences. Sailing forums are, in general, much tamer than audio forums. It’s an older crowd, people are more comfortable with themselves, and while there’s certainly passion there, I don’t think that sailors are quite as outwardly emotional as musicians. A retiring CEO looking for information on how to dock his midlife crisis is just in a different headspace than a 23 year old line cook with a Tascam 4-track, an SM57, and a dream.

That said, there are certain topics on the sailing boards that bring out the unchecked fervor. Anchors, for example, are always a source of spirited discussion. You’ve got guys who carry around four anchors and 400 ft. of heavy chain on protected waters and you’ve got guys who would use a novelty bottle opener anchor and fishing line in the open ocean to save on weight if their racing rules allowed it. You’ve got guys who swear by certain models, guys who swear by elaborate anchoring techniques, and guys who swear for no reason whenever they hear other guys talking about anchors. There are so many permutations of anchor types, anchor sizes, rode types, rode sizes, methods, bottom materials, wave conditions, wind conditions, wind shifts, crowded anchorages…it becomes paralyzing. We certainly need to replace our current danforth-style anchor, since one of the flukes is practically eaten in half with rust, but I’m not even sure I have the stomach to ask about it online. 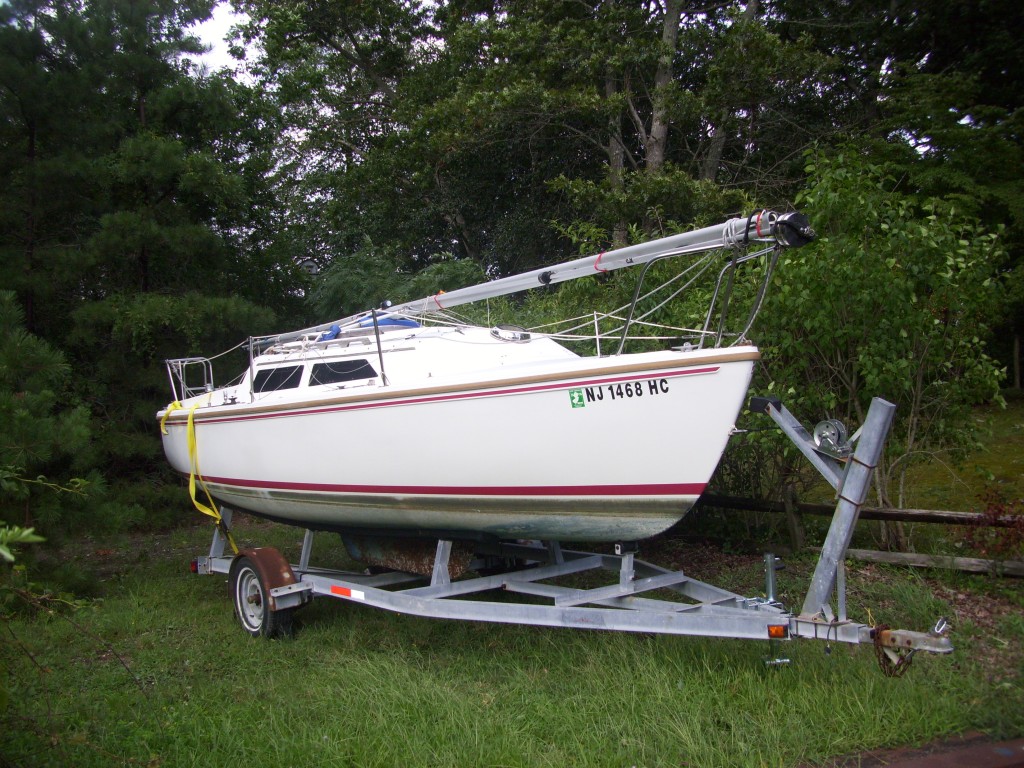 I also want to paint the bottom of our boat: mostly because it’s ugly, and secondarily because I want it to be protected. (Perhaps that’s not very sailorly, but that’s the honest truth.) I don’t know if I need antifouling paint, which prevents marine growth, since Fortuitous is never in the water for more than a few days at a time, so I thought I’d ask online. While not as heated as an anchor discussion, the results were equally schizophrenic.

A lot of these are mutually exclusive, folks. I understand; again, there are a lot of variables, not the least of which is the particular sort of marine biology that hangs out in your home waters, but it can frustrating in the moment.

I was thinking about getting a new mainsail too, but was debating in my head whether or not it was worth the expense for the potentially slight increase in performance we’d see in our markedly low-performance boat. Our main may be original to the boat though, and it’s pretty beat. Responses were mostly along the lines of “Yes, dummy, get a new sail. You’ll love it.” Of course, there were lots of suggestions for used sails despite the lack of a local C22 racing fleet, and a range of high-tech racing sails that make no sense for our boat.

I think that’s just the nature of the Internet forum though. It’s kind of like a Long Island Iced Tea: it’s full of all kinds of disparate crap that makes no sense, but if you can get all the crazy to cancel out, it can wind up being pretty decent. And if you don’t know when to put it down, you may quickly find yourself looking for a puke-sized receptacle, wondering if the human mind is actually capable of breaking out of an established pattern of thought.

In this case, decisions have been made, and items are inbound. Be on the lookout for upcoming log entries about new equipment for Fortuitous.

2 thoughts on “The Sailing Forum”