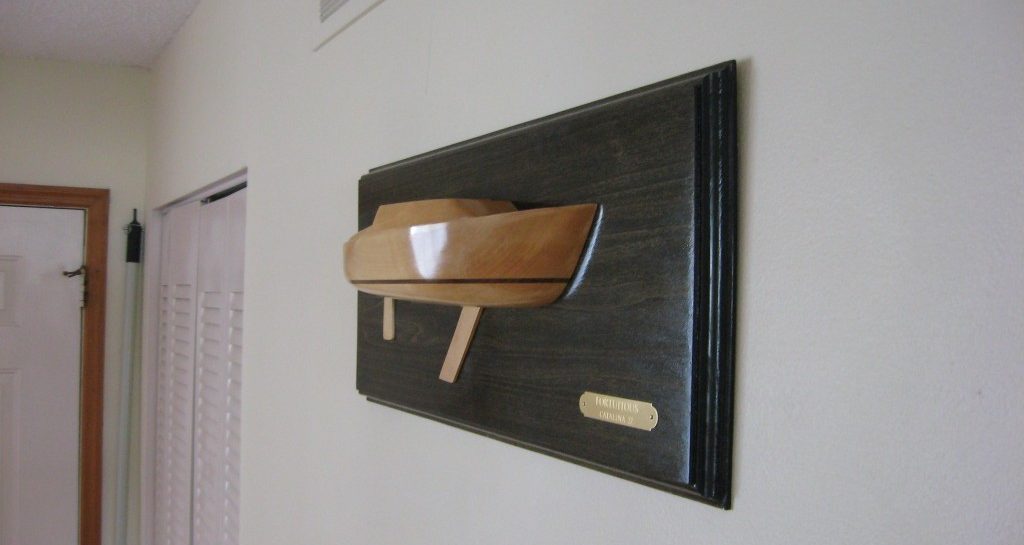 I had a few winter projects to finish up before I could start my winter boat projects. Today, I finally finished the half hull model of Fortuitous.

Avid readers may remember that I built a half hull model in December for a friend. Jen liked it so much that she wanted me to build one of Fortuitous for us. Our boat is much simpler than Providence II, and I think it turned out pretty well.

I followed pretty much the same procedure although this one is a little bigger, and again I wasn’t working from a real lines plan so the curves are approximate. I did have a lot more photos to work from though. It’s solid basswood with a walnut boot stripe. The foils are made from the same basswood, although I ripped down thin boards and attached them separately. The plaque is cheapo poplar, ebonized with stain to match our decor. It’s all finished in canned pre-mixed shellac, so no booze aboard this version (alcohol is the solvent for shellac). The wood was prepared to 320 grit and the finish was wet sanded between coats from about 800 to 2000. The photos don’t really do the shine justice. 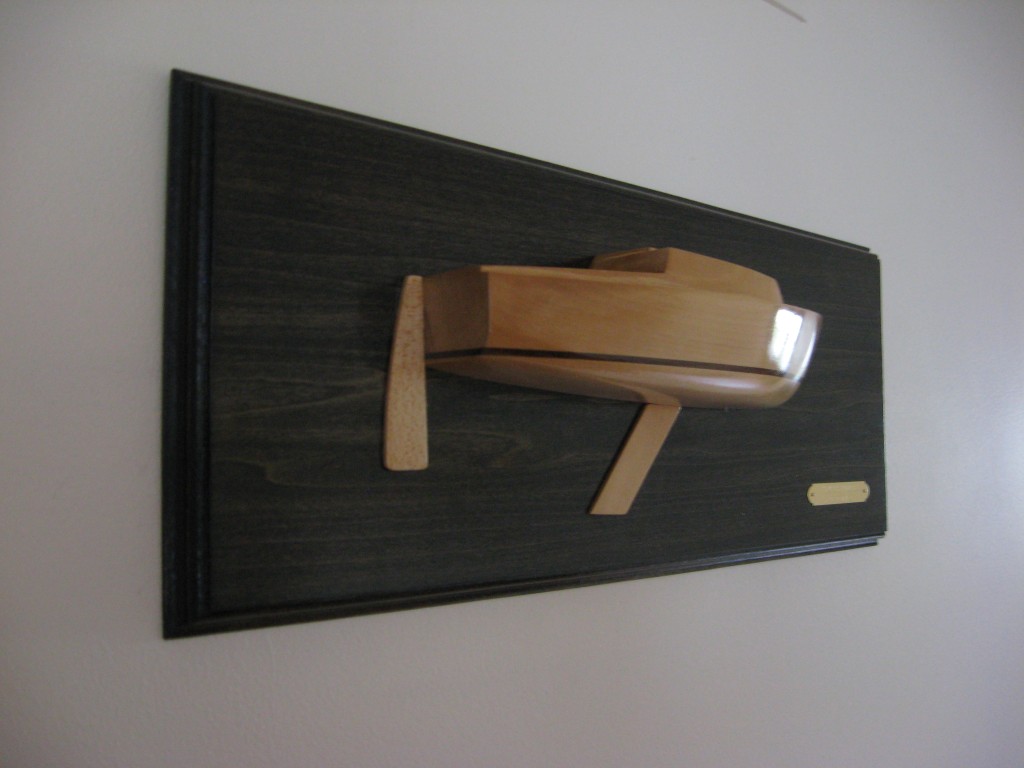 Of course this wasn’t the only project that I’ve been working on. There’s like a 90% chance that I have also completed a certain someone’s mandolin. This could even be considered nautical, since my delays and problems with it have been like the albatross from The Rime of the Ancient Mariner. It’s certainly a great decorative piece if the whole “musical instrument” thing doesn’t pan out. 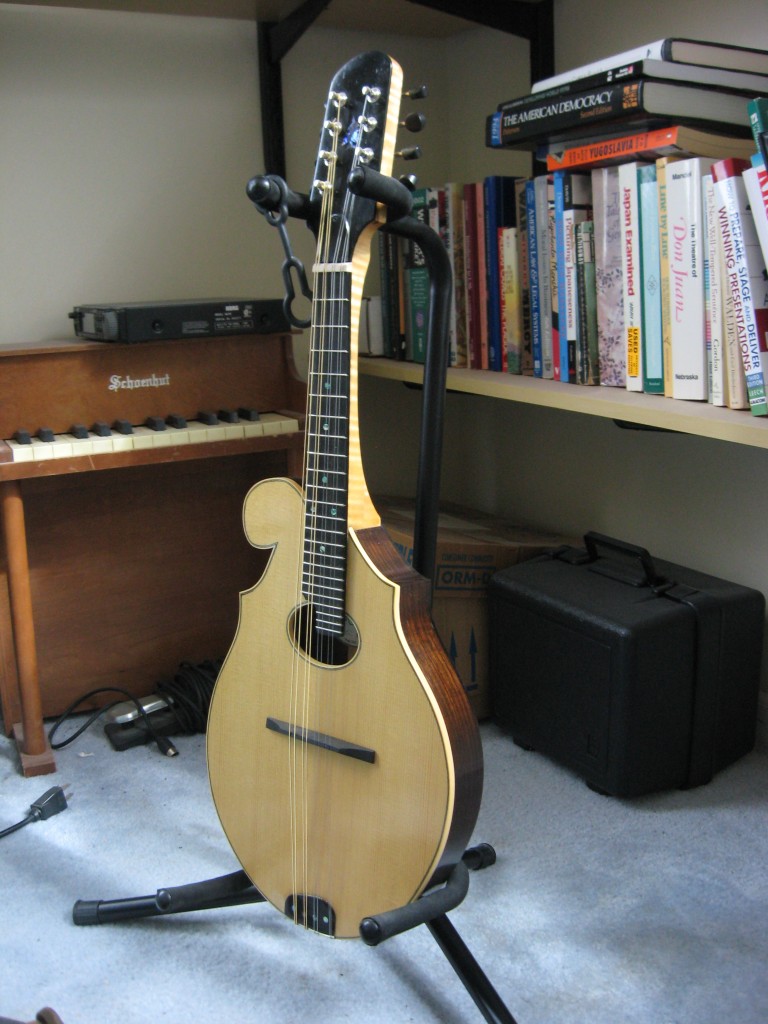 4 thoughts on “Fortuitous Half Hull”