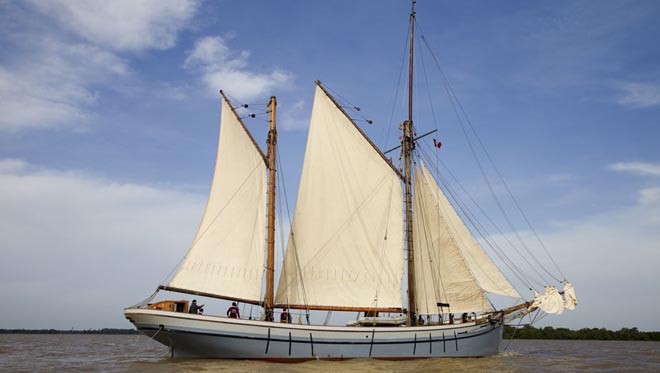 On the aforementioned sailing forums, some guys were talking about the possible return of the sailing cargo ship. And not by adding a kite to a modern cargo ship, as some companies are currently trying to do—this was more of an effort to revitalize sailing ships from a past era and get them shipping again.

Over the next four months or so…Irene and its crew will carry organic beer from Devon to France, olive oil from Spain to Brazil and then – all being well – bring cocoa, coffee, Amazonian ‘superfoods’ and rum from South America and the Caribbean back to the UK.

This got fellow blogger Marc from The World Encompassed thinking about how he could shuttle some items around the remote islands that he plans to visit on his boat, Alchemy, when he takes to cruising full-time, perhaps in exchange for food or supplies.

I’m all for it, and I think that Irene is on the right track with moving things like “organic beer” (as opposed to that inorganic synthetic beer that most chumps are drinking.) I think that Alchemy should be on the forefront of what I’m now calling “artisanal shipping.” I’ve even started to put together some of the marketing materials for him, which I hope will appeal to his target audience. 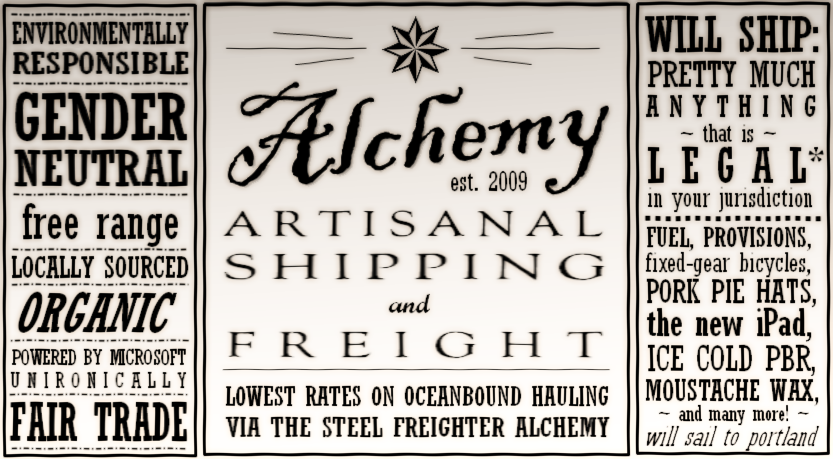 He seemed to get a kick out of it.

In all honesty, I do wish that more people would come up with creative energy solutions. Running the world on fossil fuel is pretty dumb. So here’s to the hipsters, if that’s what it comes to, but let it be known that I was into artisanal shipping way before it was mainstream.