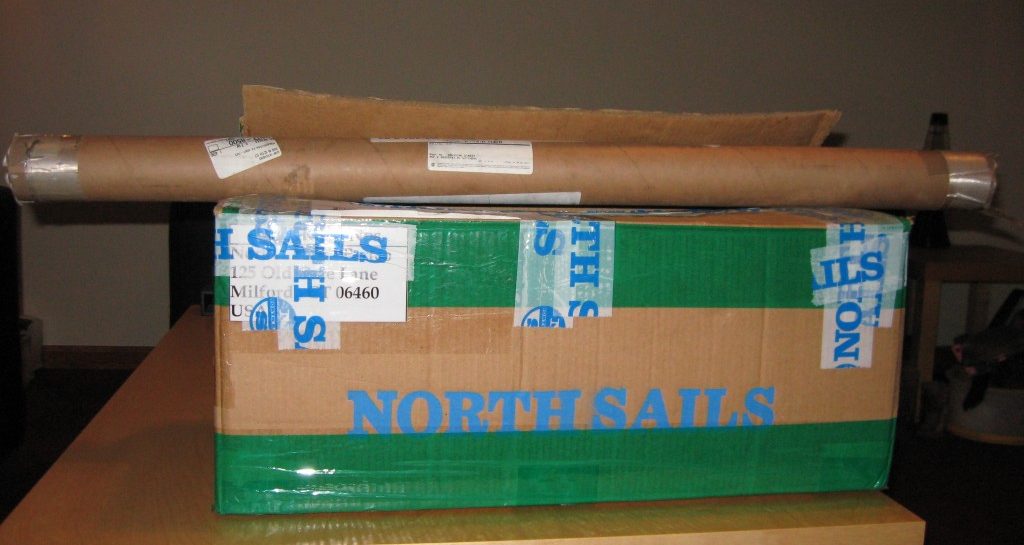 As I’ve mentioned before, our main sail may be original to the boat, which would make it from 1987. We can’t be sure, but it’s Catalina branded and is a little tired looking. The problem with using a 25 year old sail is that over time they become stretched and lose their shape. For a sail to properly drive the boat, a sailor needs to be able to trim it for the conditions and situation, and old blown-out sails can’t be trimmed as effectively. At least that’s what I’m told, since I’ve never done an A/B test on a boat that I know.

I received lots of free advice on how to go about buying a new sail. A lot of people suggested buying a used sail from a racing Catalina 22 or a cut-down sail from a similarly sized race boat. Serious racers replace their sails on an unbelievably aggressive schedule because anything less than perfect can put you at a disadvantage when you’re going around the buoys, but a discarded racing sail can still have a lot of life in it for a cruiser or purely recreational sailor. We don’t have an active racing fleet of 22s here though, and I found it really difficult to navigate the used market. I don’t know how to evaluate a sail in person, much less based on a “good+” rating and a 300 x 200px image on some questionably designed website. Perhaps this is silly, but we’re also very conscientious about our numbers and logo, and we want the thing to look good. So like many yachtists before us, we spent our way out of the conundrum. 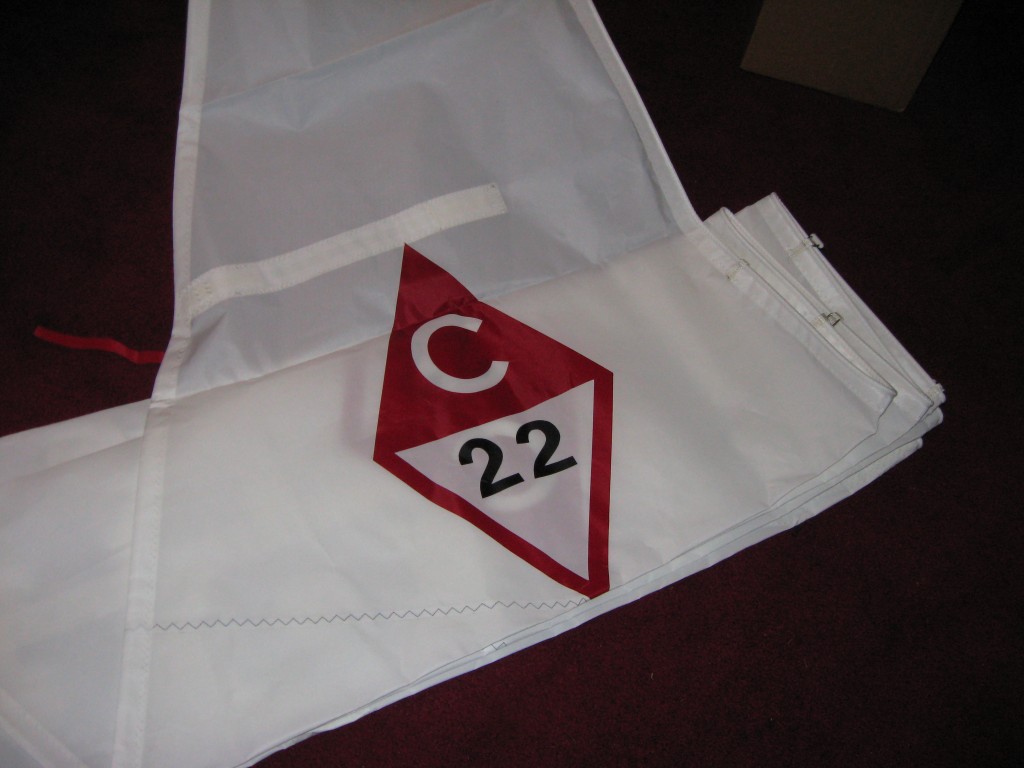 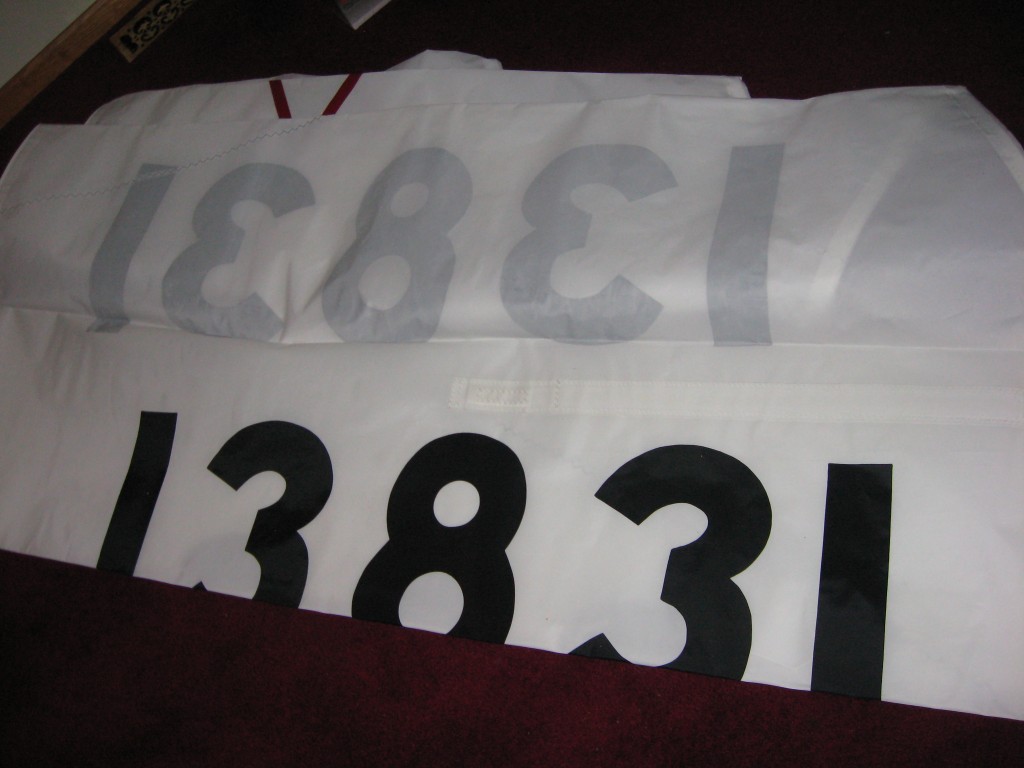 Most sails are custom made. A lot of the big sail companies focus on making raw fabric, and they sell sails through a network of local lofts that do everything from taking measurements to making the sails to fitting them and dressing them to the left for you. I think that is the “normal” way to buy a sail, but there’s an off-the-rack option for some common boats like our Catalina 22. We did a ton of research over the course of several months and eventually settled on North Sails Direct for our new main. North Sails is a huge player in both racing and cruising sails, and while they make a million esoteric high-tech fabrics and their local lofts will provide a lot of customer service, their Direct line offers budget-minded sailors an option for a stock sail for a standard boat. It’s still made from North fabric, in this case, 4800-series 5oz dacron. It may not be the high end of sail fashion, but I’m happy with the decision. 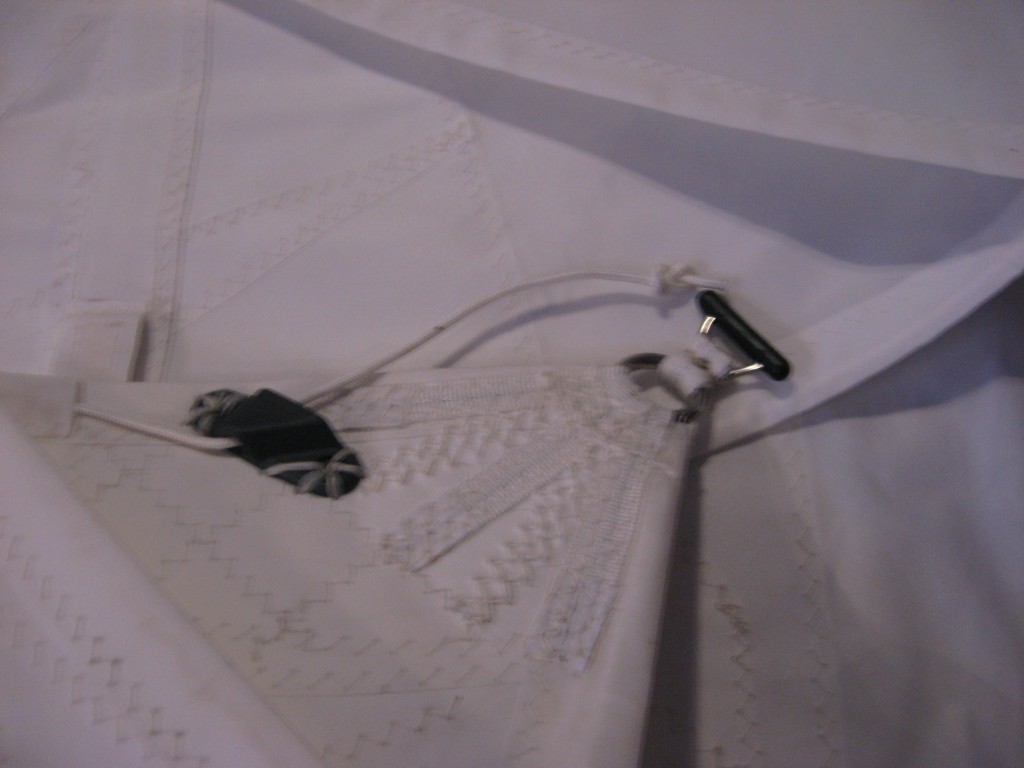 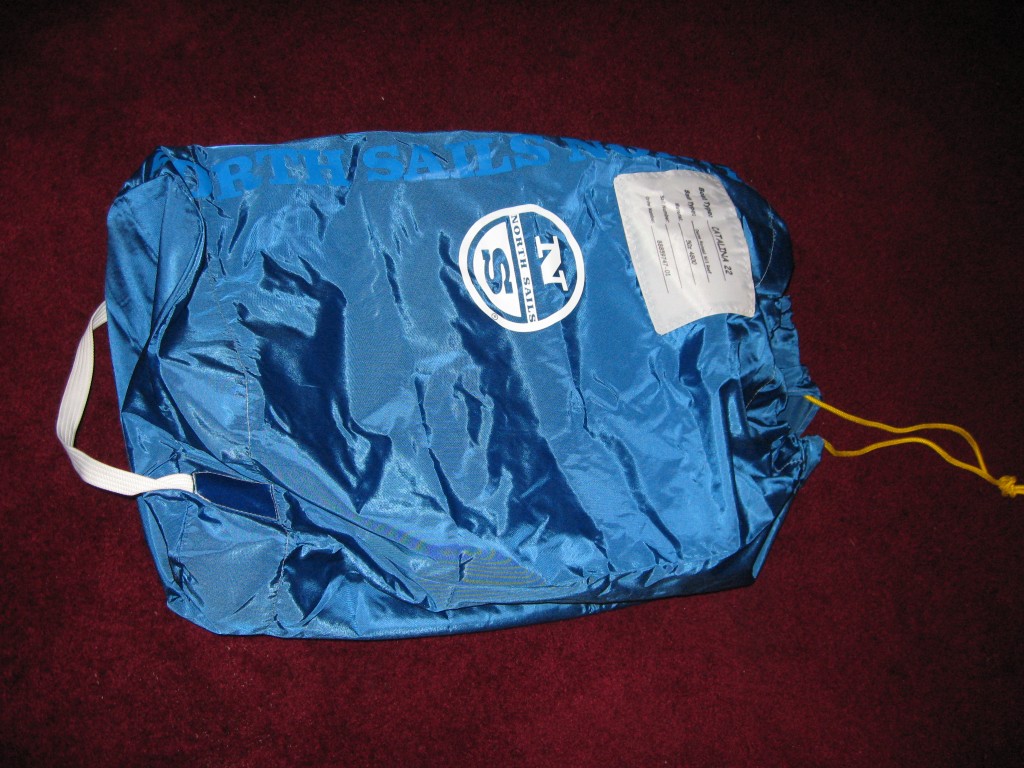 The new sail certainly looks great. It’s got a lot of cool features that our old sail doesn’t, like:

We can’t wait to try it out.

I’m not even sure that I want to put this on the interwebs. It’s said that you shouldn’t talk about religion and politics in polite company. Not that our sailing log is particularly polite, but an anchor conversation can devolve more quickly than a conversation about how ugly a fellow’s wife and children are.

I’m going for it though, because I’m super excited about having a new anchor. Our needs are modest. We don’t need to anchor on rocks or coral or kelp. We don’t leave our bay, and the bottom is mud and sand from toe to tip. Hurricanes do not sneak up on us and our boat is small, so we don’t need an anchor taken from a decommissioned destroyer. What we do need is an anchor that will set quickly and firmly, and will fit in our anchor locker.

Our old anchor is a Danforth, or is at least is in the Danforth style of fluke anchors. We don’t know for sure because it came with the boat. They were designed in the 40s to retrieve beached military landing craft. These anchors are incredibly efficient, meaning that they have very high holding power for their weight, but they don’t stand up to much sideways pulling (as occurs when the wind direction changes overnight, for example) and they can sometimes be hard to set (at least for us…we’ve sometimes had to set it five Albuquerque times before we could get it to stick).

A lot of cruisers use plough-style anchors like the CQR or Delta. These are great general purpose anchors, since their single points allow them to better penetrate weedy bottoms and they even stand a chance in rocks. They fit well in a bow roller (which we don’t have), they re-orient themselves to changing wind and current conditions, and they’re proven contenders.

But there’s a new generation of anchors out there. The Spade anchor reversed the orientation of the plough from convex to concave. The Bügelanker added a roll bar so that the anchor would always self-right and begin digging, no matter how it landed. And together, through the possible patent infringement and intellectual theft known as “innovation” a new type of anchor was born of this unholy union. And it was called…

Actually, the story gets pretty sketchy here. The legal battles, as well as the battles in the court of public opinion waged on the world’s sailing bulletin boards by nefarious characters with ties to the industry, are so complicated and convoluted that I can barely follow them. If you really want to know, I defy you to read the entirety of the definitive argument on anything-sailing.com. As Saturday Night Live’s Stefon would say, this thread has everything: bickering, seafood, metallurgy, Darth Vader, and dunce capping (that’s that thing where you put a Rocna on your head and pretend to not be the son of its inventor.)

But anyway, we got a Manson Supreme.

It totally freaked out my FedEx guy, since it wasn’t shipped in a box. They just stuck postage to the thing and shipped it. I think he thought it was some kind of ax for LARPing.

I’m not sure that most C22 owners put this much deliberation into buying things, but I suppose that anything worth doing is worth getting obsessed over. A 6lb Danforth would hold our boat most of the time, and I’m sure a 125lb admiralty would get us through a tropical cyclone, but for what we want to do, I think this is about perfect. After cashing in some gift cards and my cash-back points, the total cost to me was $15.19, including 15′ of chain. We’ll still have a Danforth on board as a spare.

We can’t wait to use the new stuff. I’ve asked the marina to get Fortuitous off the blocks, so we’re down to just figuring out the bottom paint situation before we can sail. I guess I’ve got some splicing to do in the mean time.