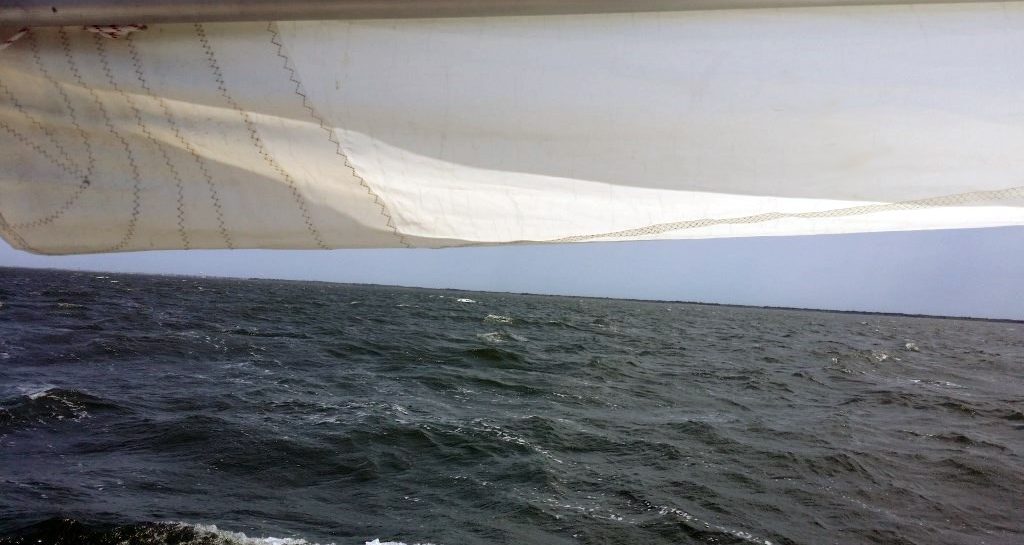 Saturday was the Windjammers’ annual practice race. I’d mostly forgotten about it. We’ve barely sailed at all this year and honestly, racing seemed like a bit of a stretch. I hadn’t rounded up crew, but we got up early and went down to the shore anyway, prepared to sail doublehanded—much to Jen’s delight. Fortunately (I guess?), it turned out that basically everyone forgot about it. The Racing Chair was a no-show, Sunset was there but had no crew (although I’ve seen Sunset singlehand races before), which basically left us and Jewelee II. Sunset offered to set up a starting line and run practice starts for us, which was a nice gesture but wasn’t terribly appealing to me. We decided that we would skip racing and just pleasure sail.

Of course, there are no pleasure sails this season. The predicted 10-15kts was predictably underestimated, and the actual wind was steady 20kts with gusts to 25. The wind was aligned with the length of the bay, making for frothy, steep chop. We raised our reefed main, unfurled a little piece of jib, and started pounding our way south.

I don’t know what we were doing differently, but maybe we should have raced, because without too much effort we were sailing ridiculously fast. We were averaging mid 7’s and hit a high speed of 8.4kts on the GPS—upwind—which is absurd on a Catalina 27. I don’t put a lot of faith in the hull speed calculation (1.34 x √LWL), but that’s 33% more than our theoretical max of 6.3kts.

I wish we had a screenshot of us in the 8’s, but I had no idea how to take a screenshot on a telephone. Jen was wearing gloves, and was exasperated at the idea of removing them while we were tacking upwind, so she couldn’t do it and instead kept offering the screen to me and prompting me to do some kind of karate blessing over it, which I apparently couldn’t do correctly while wrangling the tiller.

I do like that her telephone also tells us that we were pulling 1.26 g’s just climbing waves. 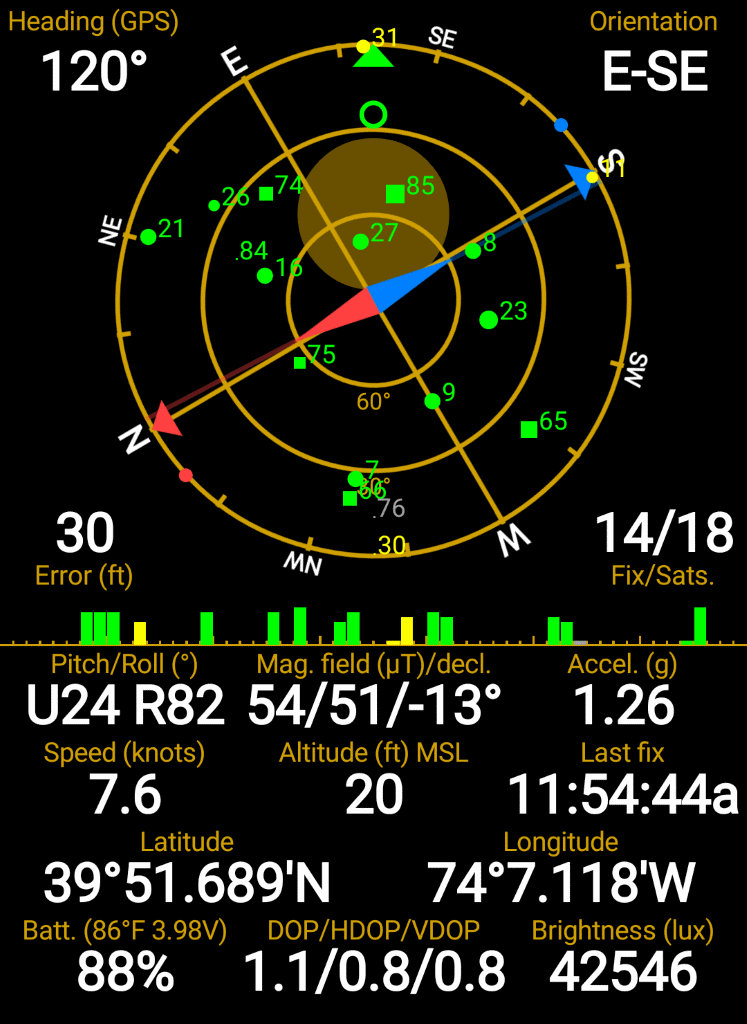 As exciting as it was to break our personal speed record, the wind was notably not right to sail away and find tranquility as promised by Christopher Cross. Crashing through waves left us wet and tired, and by the time we beat to BB, we were ready to turn around and sail a calmer broad reach back toward the creek.

The forecast for overnight and into Sunday was for gusts to 30kts, which probably meant that it was probably going to be somewhere between 40 and 200kts, so we didn’t bother trying to stay out at anchor.

It’s been rough out there this year. Hopefully we can catch a relaxing weekend sometime soon.