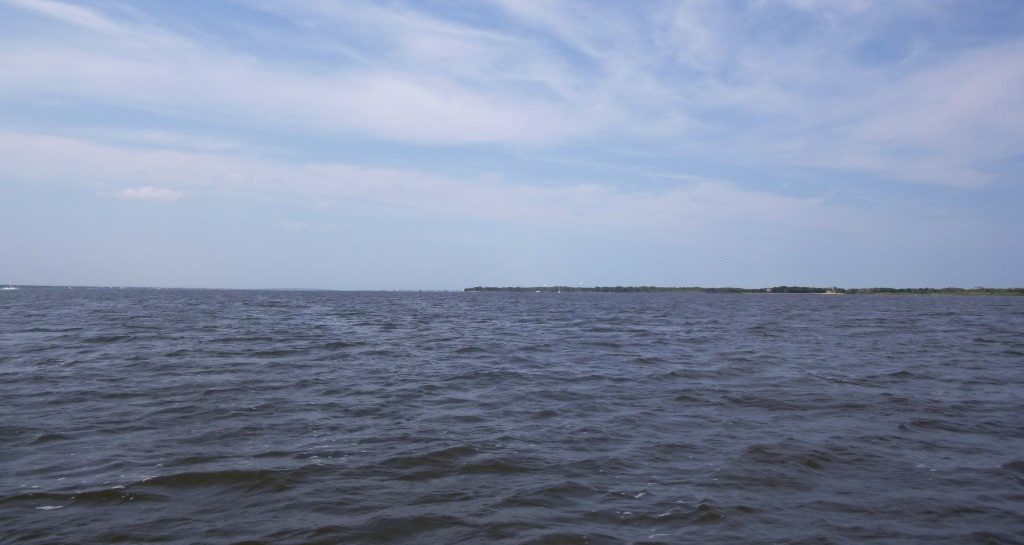 It’s often easier to write about the calamities and the big adventures, but some of the best sails are the lazy beam reaches on a sea breeze or just anchoring out and being on the water. We finally had one of those days.

After a couple weekends of disappointment and getting beat up, we were looking forward to some relaxation. We didn’t even prep the main—the wind was 6kts or so from the southeast, and we could drift to Governor’s Mansion on just the jib. The biggest question was whether or not Governor’s still existed…Sandy did a number on the bay and most of us are doubting our charts, especially when it comes to the little nooks where we like to hide out. It drives me crazy that the USGS flew LIDAR of the bay immediately after the storm and took depth measurements to 1m resolution but they can’t or won’t release it. We’re stuck sailing by braille.

The short answer is that it’s at least mostly there. We were never that great at figuring out exactly where we are and we bumped a few times coming in, but we’re no strangers to dragging our keel around the bay and it wasn’t that big a deal. We motored in to the southern side, where no one seems to ever go, and anchored for the first time this season.

We put on some smooth music, had some snacks, and I fiddled with our fender whips. I really wanted to swim, even though it’s early for swimming and the water is still chilly. Jen always likes it when I’m overly articulate in moments of grief; instead of yelling “Ahhhh!” or issuing a wayward cuss when I jumped in, my instinct was to proclaim “I AM UNCOMFORTABLY COLD. IT IS UNCOMFORTABLY COLD IN HERE,” or something to that effect. It was really cold. Jen joined me (inexplicably, after that reaction), but she didn’t stay in very long. I dove on the anchor to make sure it was really set, and it was—I have yet to see that Manson not set on the first try. The wind kicked up to 15kts or so and we watched a blimp working to windward, headed down Island Beach. We mostly sat around and did nothing, which was just about perfect. 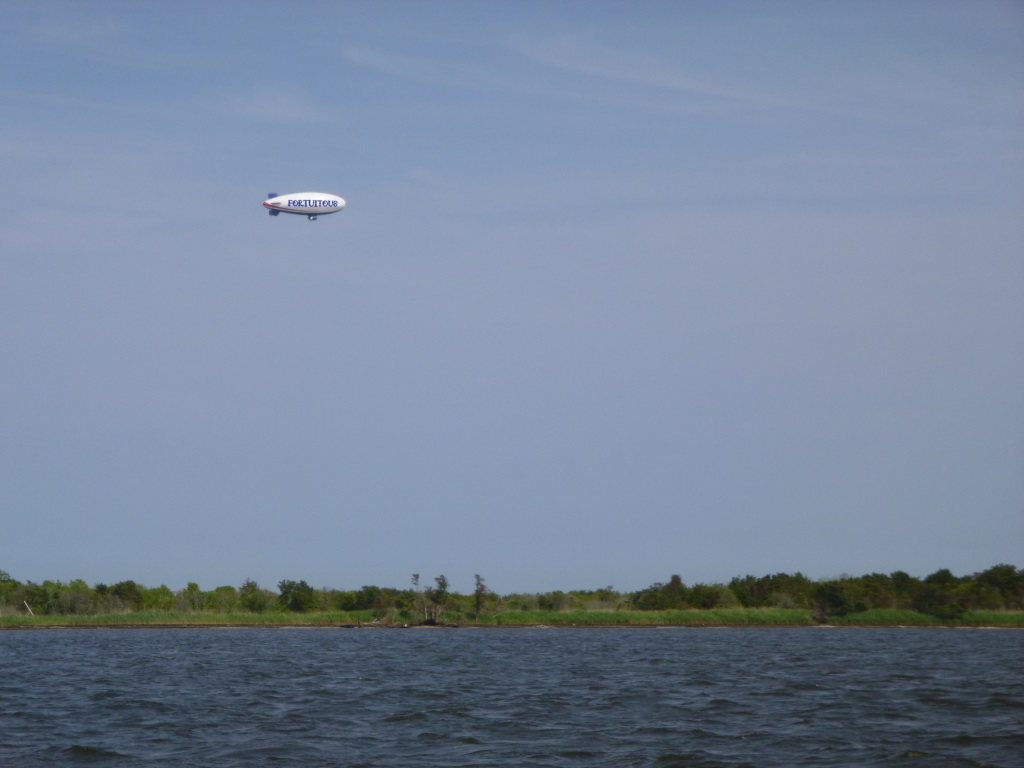 The water has been obnoxiously low, even with an extra 3 or 4 inches of rain from Tropical Storm Andrea, so we didn’t want to tempt pulling the boat out at dead-low tide and left around 1600. We had a slightly more spirited (though not crazy) return trip, still on just the jib. It did get a little hectic when we hit a shallow spot and needed to wheel up the keel a little to get past it, but we weren’t heeling excessively, regardless of Jen’s protests. I tried once again to capture it with the rail-mounted GoPro camera and didn’t come away with a whole lot. I’m not sure if it’s pure user error or if the user interface is lacking, but it’s supposed to be designed for “extreme” activities and I can’t imagine trying to use this thing while running with the bulls or sport-punching sharks. I somehow managed to get it into “shoot a ton of stills” mode instead of normal video, and most of them are dumb. There was one that had a lot of sun in it and a very warm white balance that gave it a sort of Instagram-ish quality, which I enjoyed despite that connotation. This photo had no post-processing except for resizing: 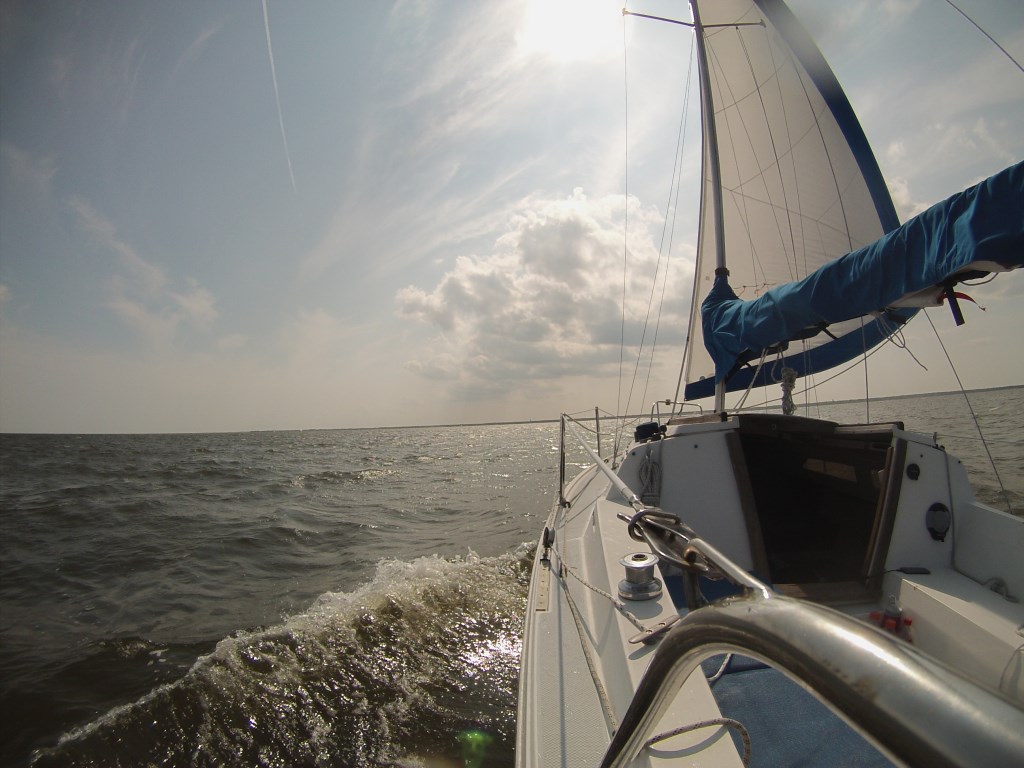 They’re not all high-adventure sails, and that’s a good thing. Sometimes a carefree stroll around the bay is exactly what is needed to get your head on straight. Fending off pounding waves and spindrift can be fun, but Jen and I were due for some quality relaxation time aboard Fortuitous.