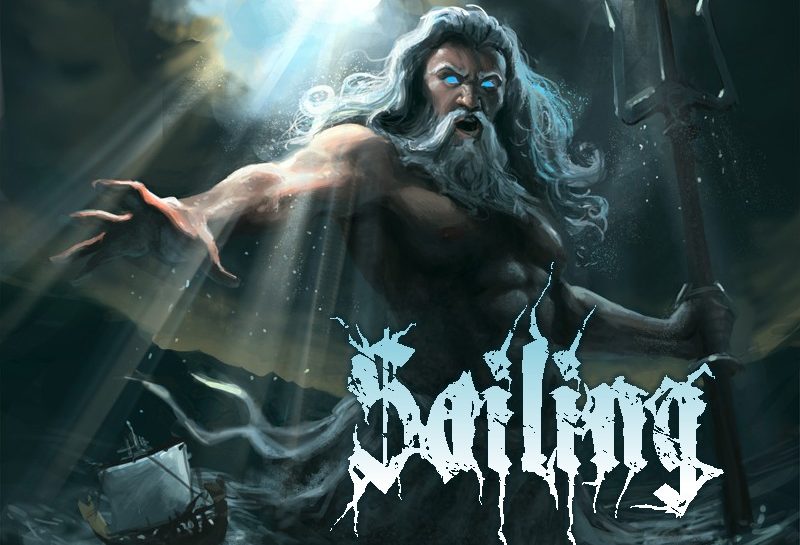 Last weekend we were wearing fleece. This weekend was about 40° warmer with winds from almost the exact opposite direction. What remained the same, however, is that it was still blowing like hell out there. I don’t expect every weekend to be Christopher Cross’s version of sailing, but I can’t abide every weekend being Ronnie James Dio’s either.

My crew may have been a little gun-shy after last weekend’s foray into stupid weather, and it would have been nice to have been able to climb back into the saddle with 12kts and the usual light chop. Jen was not happy with the wave state or the wind singing in the rigging again, but there’s a big difference between 25kts and 35kts and I feel like the best thing I can do for her is to create less-terrifying experiences to show that it can be done. Of course, then it’s up to me to make that happen, and I’m not the world’s best sailor either. We sailed very conservatively.The wind meter at Trixie’s was reading 18kts, but it was clear from the line of whitecaps out on the bay that there was a lot more than that out there. We’re addicts though, or at least I am, so we reefed down and set out.

We had the outhaul, the halyard, and the backstay tight to try to flatten the sail (although from the photos, we may have not actually been all the way there on these), and as we worked to windward I was pinching quite a bit to reduce heel. It wasn’t fast, but we were moving and the boat was well behaved despite the fact that we were pounding in the waves.

I guess the most interesting thing about this trip (other than the fact that we went out in gusts to 25kts and have no catastrophe stories to share) may be that we tried out a couple new camera systems. This was the first time that we used our new GoPro Hero3, which is a small wide-angle HD video camera that’s meant to be mounted to people and things. I thought that I’d recorded our entire outing, but something went wrong I guess and I only got the first 20 minutes of our trip, most of which was us just motoring out of the marina and preparing the boat. This is a shame because the conditions deteriorated throughout the day and I feel like it might have captured some dramatic video. I’m still contemplating the position of the camera and the angle, but here’s the most relevant portion of what we got on our first take (use the gear icon to make it HD, if you can):

Maybe it’s for the best that there’s no photographic evidence of our gloriously bad jibe. I don’t know why I didn’t just chicken jibe in that weather, but things had been going unusually smoothly and I was going for style points. We were making 6.3kts on a broad reach on the return trip though, still with only the reefed main.

We also tested our new normal camera. Our old camera has a piece of dust or something in it that shows up in every picture. It ruined all of our shots from Atlantic City last year, and nothing I’ve tried to do to fix it has made any difference. It’s not on the lens…it’s somewhere inside. Sending it in for repair would be almost as expensive as buying a new one, and it’s getting kind of old, so we picked up a new Panasonic Lumix “Tough Camera”…a water, shock, and dust-resistant point-and-shoot. We haven’t figured this one out entirely yet either, and the pictures aren’t anything special so far, but maybe we can get it dialed in if I break down and read the manual. It did take some nice video, which shows some of the wave action and its effect:

We also took some stills. I’ll give it another week and see if I can get it to do a better job. These are cleaned up a little, but the originals were pretty blown out: 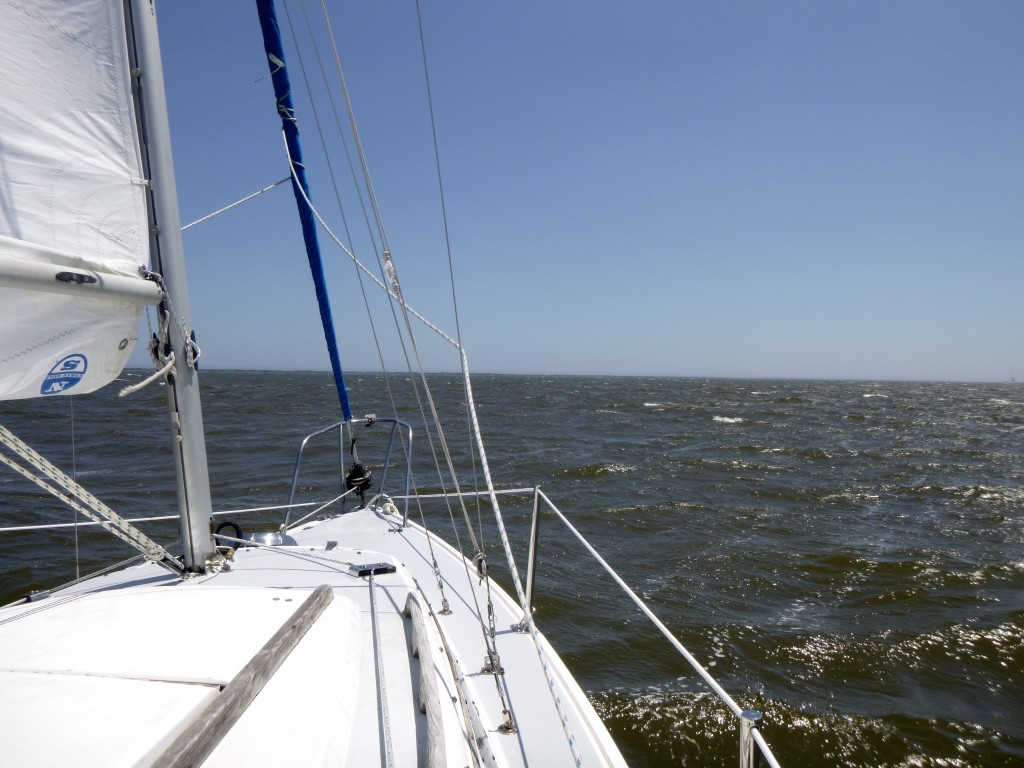 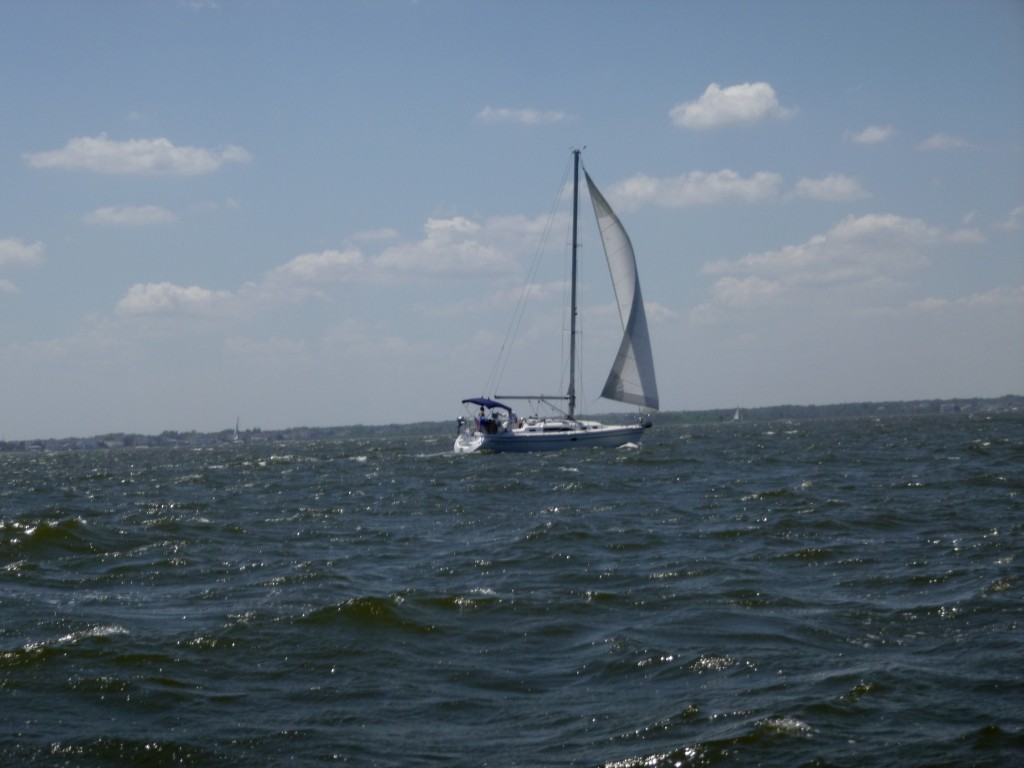 Sailing in the heavy(ish) stuff was fun at first, but even with the wind and waves ratcheting up over the course of the day, it just became annoying after the initial adrenaline buzz wore off. Handling our boat in those conditions requires a heightened level of attention that can be fatiguing, and while I’m glad that we can do it, we still primarily sail for relaxation. Here’s looking forward to more reasonable weather and the requisite boat drinks, sunsets, and smooth, smooth music.

Well, it’s not far down to paradise, at least it’s not for me
And if the wind is right you can sail away and find tranquility.

2 thoughts on “Our Weekly Beating”