Man, I feel like we’re so close to being able to sail. Projects are finishing up, and at this point it’s just a matter of finding the right combination of free time and sailing weather.

This weekend is not looking so good, but we might give it a shot just to satisfy the jones:

But regardless, we have a rudder. As you may recall from previous maintenance notes, my rudder blade was pretty torqued up, with lots of damage around the edge and some hideous red antifouling paint. After much stripping, sanding, panic, epoxy mixing, filling, fairing, and barrier coating, she’s looking pretty good. 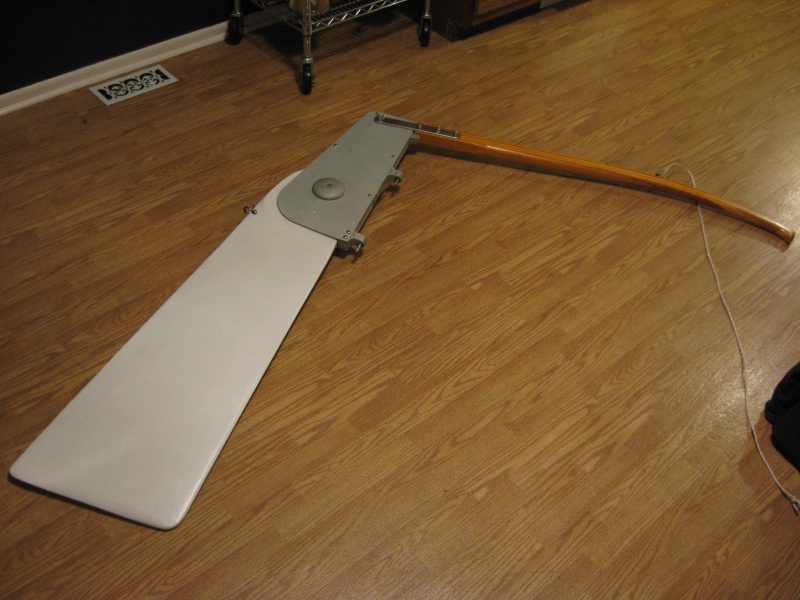 I used Interlux Interprotect 2000E on the blade at the suggestion of sailingdog. This stuff is pretty gross, but I have no doubt that it’s tough stuff based on the obvious levels of toxicity. It’s a two-part barrier coat, typically used as a primer, to prevent water intrusion into the fiberglass. It’s essentially pigmented epoxy with a viscosity such that it can be painted onto something. Nobody batted an eye when I walked up to the checkout of the local megastore with an order of 50 plastic cups, 4 small paint paddles, a turkey baster, a box of rubber gloves, and a drug scale, which I thought for sure would peg me as someone about to cook up a lot of something illicit (though Jen guessed that maybe I was about to simply throw a frat party). These tools allowed me to accurately mix small batches of the stuff at exact resin/hardener ratios to the gram, producing a noxious milkshake that was hard to apply well, but in the end, pretty forgiving. 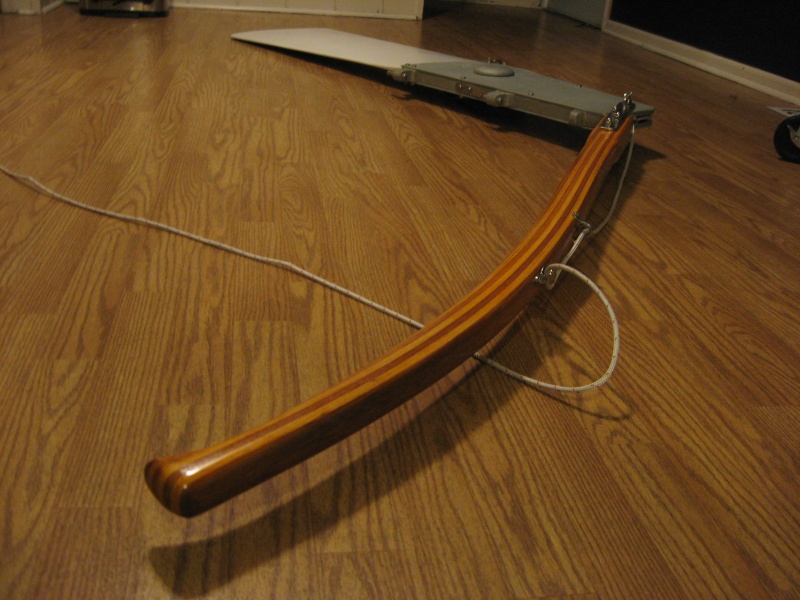 I’m not sure that I even mentioned this before, but I also refinished the tiller. This one required a lot less thought and, hence, interaction with the sailing forums, since I’m much more experienced with woodworking. I had left the tiller mostly uncovered last year, after ripping our cover on the spinlock that the previous owner had installed. That was obviously a mistake, and the varnish got eaten away pretty quickly, allowing the exposed wood to get weird and gray. I stripped the tiller bare, sanded it with 80 through 220 grit, then applied four coats of Cetol Marine Light. I’m not exactly sure how I feel about the Cetol…it’s a little orange for my tastes compared to my experience with traditional spar varnish, but it sure is shiny, and hopefully will last a few seasons if I keep it covered.