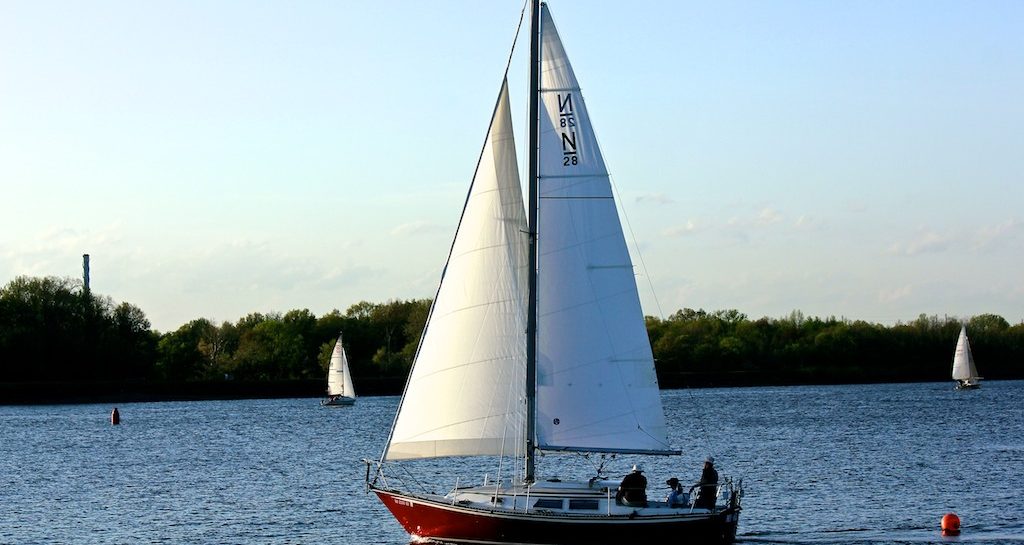 Fortuitous still hasn’t been out, but I’ve officially sailed in 2011. In order to try to get more hours on the water and learn a few things from more experienced skippers, I signed up with the East End Yacht Club on the Delaware River for their Tuesday night racing series.

This is the first year that they’ve solicited crew. I filled out a questionnaire about my sailing skills and things, and was supposed to get a call if a captain needed crew. No call came (at least in gym class, I was eventually picked) but I’d already adjusted my schedule at work in preparation so I decided to show up at Curtain’s Marina, even if only to watch.

I was confused because there appeared to be only two boats. I was milling around for quite a while, expecting there to be some sort of captains meeting, but nothing was really happening. I’m not 100% certain how the EEYC works, but what I’ve gathered is that it essentially exists solely to hold these races. It’s not associated with a particular marina or even a town, as boats come from both Burlington, NJ and Bristol, PA (and perhaps elsewhere) to race in the Delaware River near Burlington Island.

Eventually I got up the nerve to talk to the crews of the boats that were about ready to leave. The first boat was a serious looking race boat named Hot Canary, with a paint job to match. They were set with crew and suggested that I try the other boat, My Mojo. I intruduced myself, surprising the skipper, I think, as he was making preparations to shove off. He and his wife welcomed be aboard though, and I actually took the helm as we pushed away under motor.

Four other boats had gathered near the start, presumably all from the Anchor Yacht Club in Bristol, for a total of six entrants. I took on trimming the main sheet and the port jib sheet, and as the countdown to the start came in over the VHF, we were off. We had a few good tacks, but were mostly taking it easy, which was fine with me for an opening sail of the season. 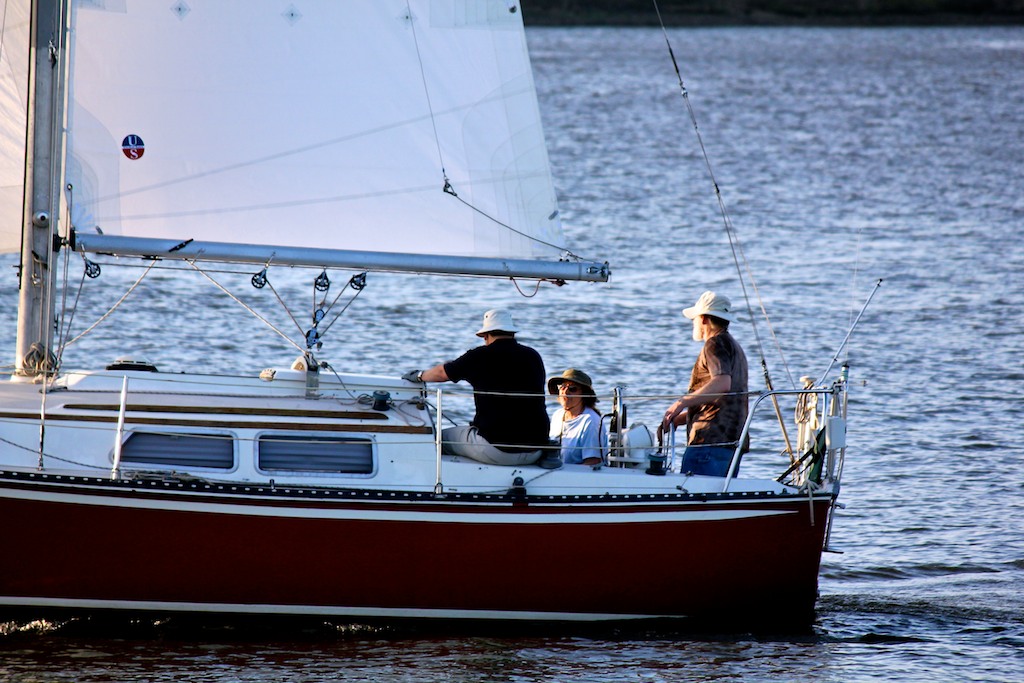 We did have one minor mishap. Something snapped up at the bow, and shortly thereafter the jib fell down. I jumped up to investigate and to try to tame the jib. The skipper was asking me to try to grab the halyard, but I was confused…my furler has a spinner that’s used with a traditional in-mast halyard, but My Mojo has a small halyard that rides inside the foil, which I’d never seen before. So even though the line that broke was down by the furler drum, it turned out that that was the halyard, which was stuck somewhere out of reach by the time I got the sail down.

Despite that, I think they were glad to have an extra hand. I look forward to what next Tuesday has to offer.