Somewhere in the pre-dawn light between Flagstaff and the California border, the train ground to a halt. I had given up on sleeping in my semi-reclining coach seat by day three of this trip and had surreptitiously made my way into the vacant snack car to try to stretch out in a booth. Even after winning the last of the train’s supply of airplane bottles the night before in a poker game, sleep came in fits. I barely had to wake up to notice that we were no longer moving.

A conductor came through the car. I expected him to kick me out, but I guess breakfast service was far enough off that he took pity on me as I sat up on the hard-plastic bench. I asked him why we’d stopped and he explained that there was a freight train coming. “Amtrak doesn’t own these rails,” he said. “Freight has the right of way.”

With my limited view, I couldn’t see the other train approaching, but soon an endless stream of rolling stock began click-clacking by at an easy walking pace on an adjacent track. It went on so long I wished I’d counted the cars—ticked them off as if they were some kind of rosary of frustration. I just wanted to get to Los Angeles.

These past few weekends, I’ve just wanted to sail.

The buoys still aren’t in. I called the Marine Division of the New Jersey State Police, and they said that they’re down to one 4-person crew for the entire state, so they couldn’t tell me when the markers would be set. It’s been a month since we were ready to sail, the charts don’t precisely display the tiny channel that we need to follow, and it’s pretty disconcerting to attempt a run it without assistance of some kind. I had a couple ideas of what I could do to improve our chances, using the lidar data that I mentioned a few posts ago:

This is a crazy idea. Some coworkers, who happen to develop web mapping applications for a living, convinced me that this would be straightforward. Indeed, with only several days of googling through how to write every line of code, I was able to grind out an application that puts the Cedar Creek lidar data on a map and draws a dot where it thinks you are every second. I’m honestly kind of impressed that I got it this far, but there’s something terribly wrong with either the way I’ve implemented it or the accuracy of where my telephone thinks it is.

I’m hesitant to even post a link to this code, on the off chance that someone would attempt to navigate with it, but here’s a link to just the superimposed lidar data without the tracking component turned on:

This seemed like it would be easier. OpenCPN is an open source chart plotter. You give it raster or vector charts from organizations like NOAA and it will plot your location on them (among other things). I figured I could just feed it the lidar data as a “raster chart” and have it work, since I have the lidar as geospatially-referenced geoTIFFs. OpenCPN is obviously far more advanced than whatever I can do with a handful of poorly-written JavaScript, and it can run on my laptop, which has a cheapo plug-in GPS puck that has always been eerily accurate. The only difficult part was getting the lidar data into a format that can be read by OpenCPN. I eventually broke down and asked the experts on the OpenCPN forum at cruisersforum.com and they steered me toward some command line software called imgkap that can convert geoTIFFs into KAP files, which, after some fiddling, worked. 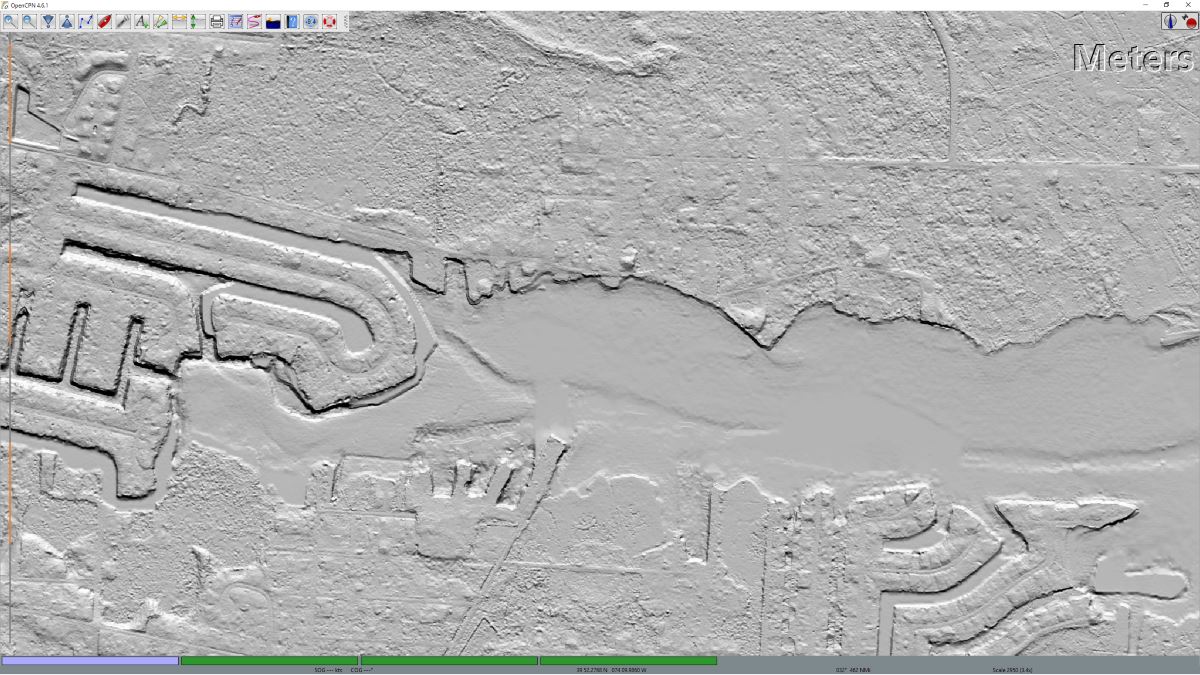 The only problem with Idea #2 is that my laptop isn’t waterproof, and in addition to the buoy issue, it’s been raining every weekend. 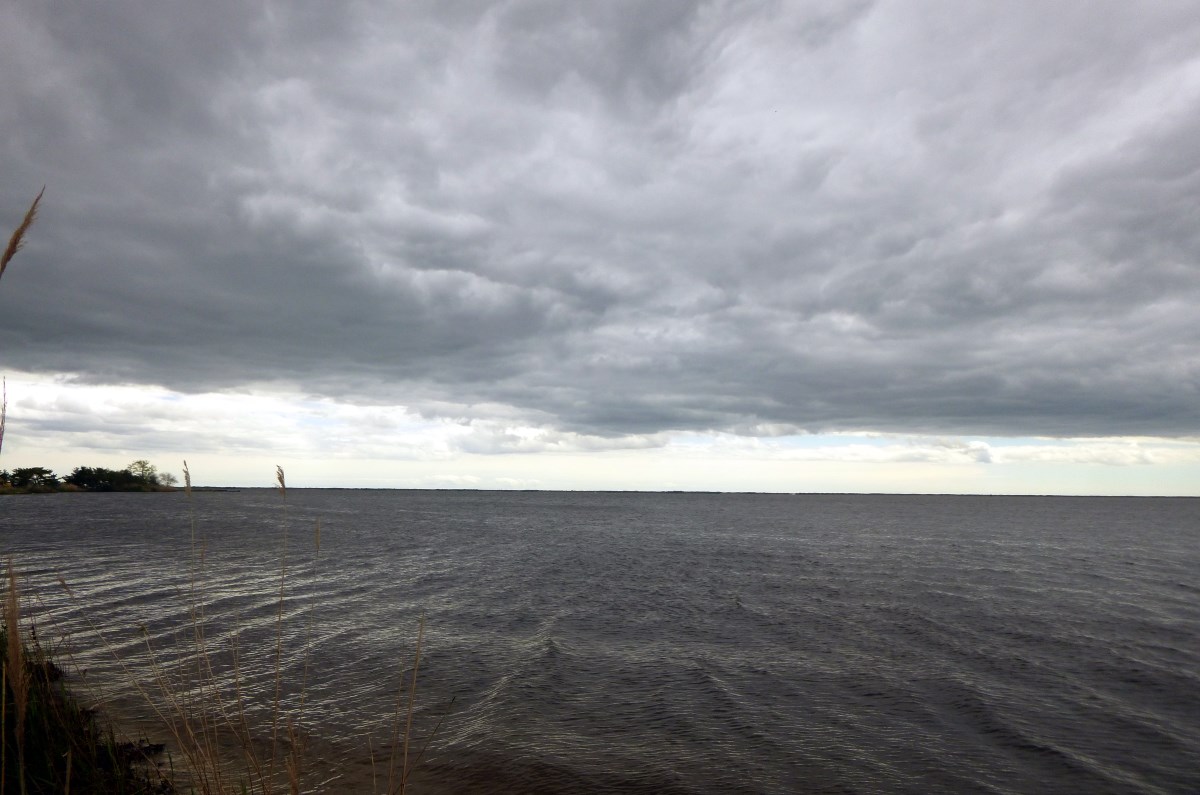 This weekend, the forecast for Saturday included gusts to the mid-30s and rain. Sunday was supposed to have only a 20% chance of rain, so we drove all the way there, loaded our stuff in the boat, then looked at the radar…which confirmed what we could see with our own eyes: impending rain. It held off just until we got all of our stuff back in the car and continued off and on throughout the day.

Eventually, we’ll get the right mix of weather and technology so that we can attempt a sail. Or perhaps the buoys will show up. I thought we were doing so well by getting our maintenance stuff done and the boat launched early, but so far, this season has been a slow-moving freight train of bum weekends.