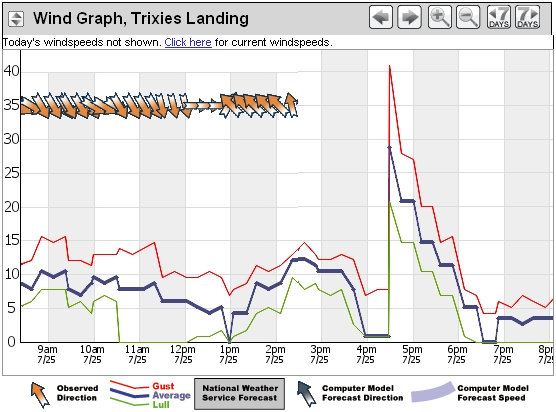 No sailing this weekend. The temperatures were off the charts, even at the shore, and although there is always some threat of thunderstorms during the summer, there seemed to be a credible concern.

We drove down prepared to sail, but with a late start and the weather in question wound up just washing the boat. Jen took care of the deck while I scrubbed the hull. I’m not sure if it did a whole lot, but it was probably good boat karma, following the advice of John Vigor’s Black Box Theory:

“…every boat possesses an imaginary black box, a sort of bank account in which points are kept. In times of emergency, when there is nothing more to be done in the way of sensible seamanship, the points from your black box can buy your way out of trouble. You have no control over how the points are spent, of course; they withdraw themselves when the time is appropriate. You do have control over how the points get into the box: you earn them. For every seamanlike act you perform, you get a point in the black box.
John Vigor, as published in Good Old Boat Magazine: Volume 2, Number 4, July/August 1999

We also spent some time milling around the marina. There were some new folks a couple parking spots away who just bought a Laser who were really enthusiastic about sailing. They acted as foils to the guy who left his diesel-powered manhood compensator running on the ramp indefinitely while he tested his big-block open-header testosterone prosthesis in the cove at 122db. There was also the usual compliment of fisherman, crab boat renters, and people who make me seem socially adroit.

At one point we were talking to the Laser people who were lamenting that they hadn’t splashed that day. I looked up and commented that it was looking a little nasty to the west, unwittingly siding with the guy’s wife. In fairness, it actually looked like it might pass to our north and Jen and I went back to cleaning. At some point, however, a notable black wall of clouds started approaching. And I don’t mean “dark gray”… this thing looked like a roving garbage fire.

I was barely able to point it out to Jen before it started raining, which was immediately followed by stinging wind-driven horizontal rain and maybe hail. Neither Jen nor I could even see as she was trying to button up the boat and get down off the trailer. We were both instantly soaked through. After helping Jen get down off the boat we splashed our way over to the awning, which was really of little help in gusts over 40kts. Boats then started blazing into the marina to get off the water. A MacGregor 26 (the old kind, not the motorsailer) had come in earlier to drop off a jetski, and was tied up on the end dock with one fender deployed, exposed to the whole fetch clear to Seaside. At one point, her mainsail partially unraveled and parts of it were blowing haphazardly, generating enough power that it looked like the boat was going to jump the floating dock. I didn’t know if the skipper was aboard or not, so I ran out into the storm to lash it with Jen following, Karate Kid II-style. It was a little awkward contemplating going on to someone else’s boat uninvited, but we went against the popular bumper sticker “if this boat’s a rockin’ don’t come a knockin'” and Jen tapped on the window. There was no answer and we discussed it for a moment while wrangling the sail as best as we could from the heaving dock. Jen said that if it was our boat, she’d want someone to help us and not let our stuff flog itself to death, which was reasonable enough for me. I gave one more firm knock on the window and the skipper popped up out of the companionway hatch. He was appreciative and we retied his mainsail together, then he came back with us to the shelter of the awning. As we were walking back, our marina buddy with the Buccaneer came in on a friend’s powerboat with a bunch of scared little girls and described a pretty unbelievable scene out on the bay where they couldn’t even find the cove to come home.

It was a pretty wild ride. I’m glad the Laser people stayed in.