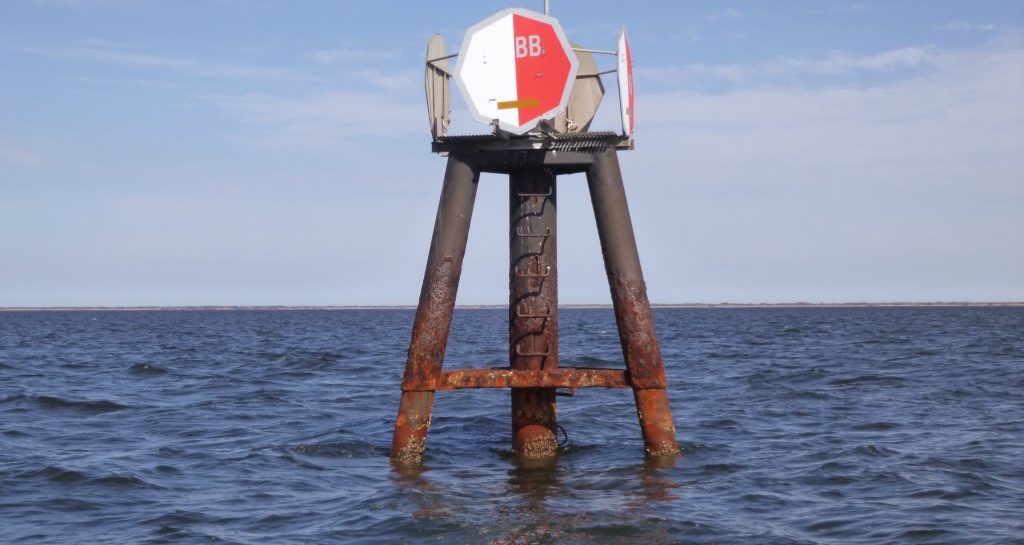 This is the earliest we’ve ever sailed. Should we have washed and waxed the boat first? Probably. Would our boat have looked better with some less-ablated bottom paint? Possibly. Should we have tended to our brightwork? Ugh. The new motto for 2014: 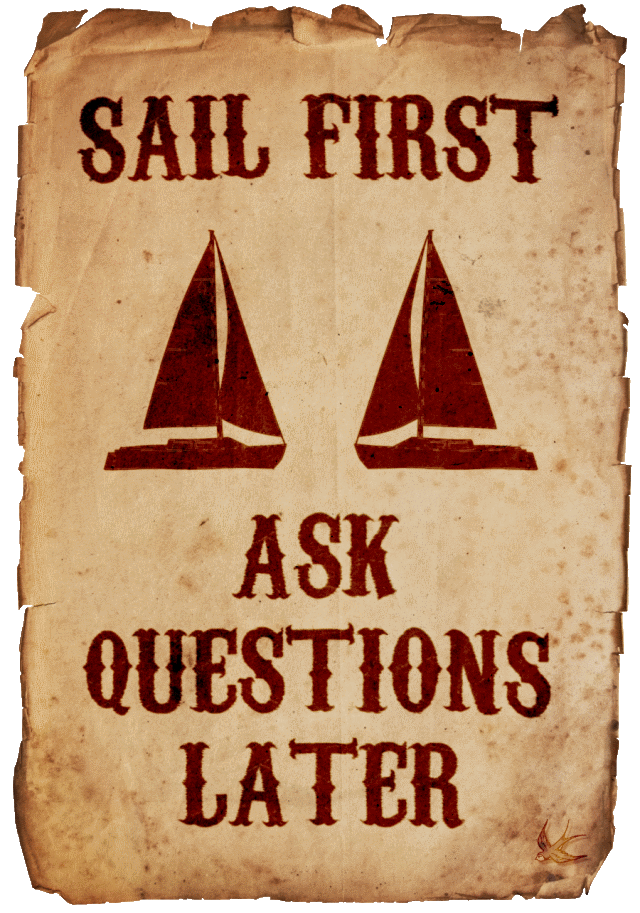 There will definitely come a day when I can’t find a sailing buddy and won’t be able to put the boat in by myself, and I’ll deal with maintenance then (at least maintenance that is not critical to sailing operations). It will get done. But on the days where we can sail, I want to get out there.

It’s unusual to sail this early here, and there was almost no activity at the ramp. There was one couple launching a showroom-fresh 24ft powerboat. They did ok, even though the dock lines consisted of what looked like a clothesline and a tow rope for waterskiing. I guess I did that thing that I hated when we were first getting started, where I failed to respond to their excitement and instead gave them unsolicited advice, but in my defense, it was just too sad to witness the husband in the jack-knifed truck yelling “I can’t see!” and the wife on the ramp yelling “I can’t hear!” to not tell them to open their liftgate window.

We launched after them, bent on the sails, and fired up the motor, which started, again, on the first pull [I’m now simultaneously knocking on wood, crossing myself, and burning some sage]. The first thing we noticed as we left the cove was that there is now a Mount Berkeley: 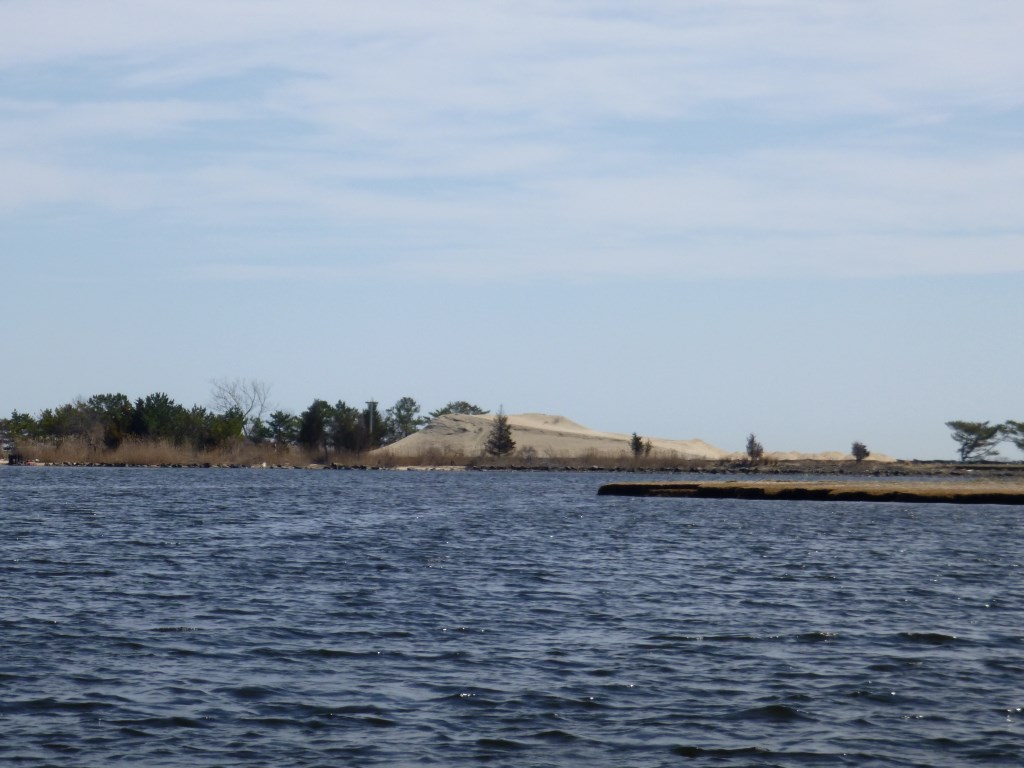 It looks like Berkeley Island County Park is finally gearing up to reopen after Sandy.

The wind was as predicted—light, with puffs up to 6 to 8kts. We sailed leisurely across the bay on just the main to reacquaint ourselves with wind-driven propulsion. I took us far enough over so that we could clear 40 on a beat. We tacked to the south and unfurled the 110. 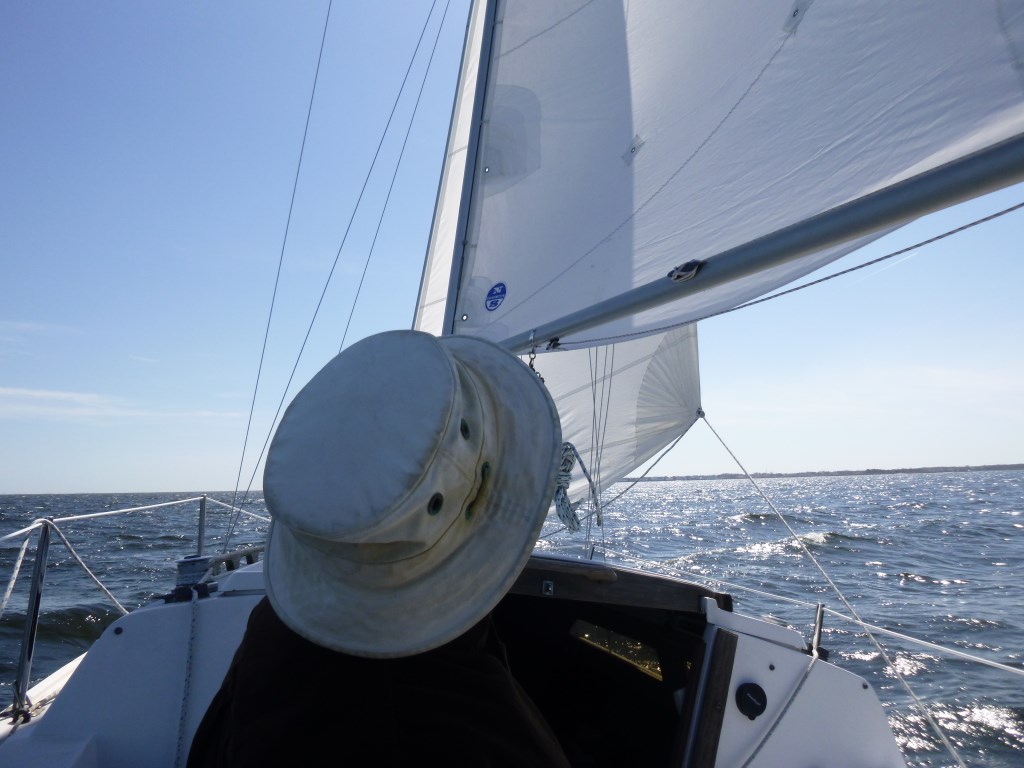 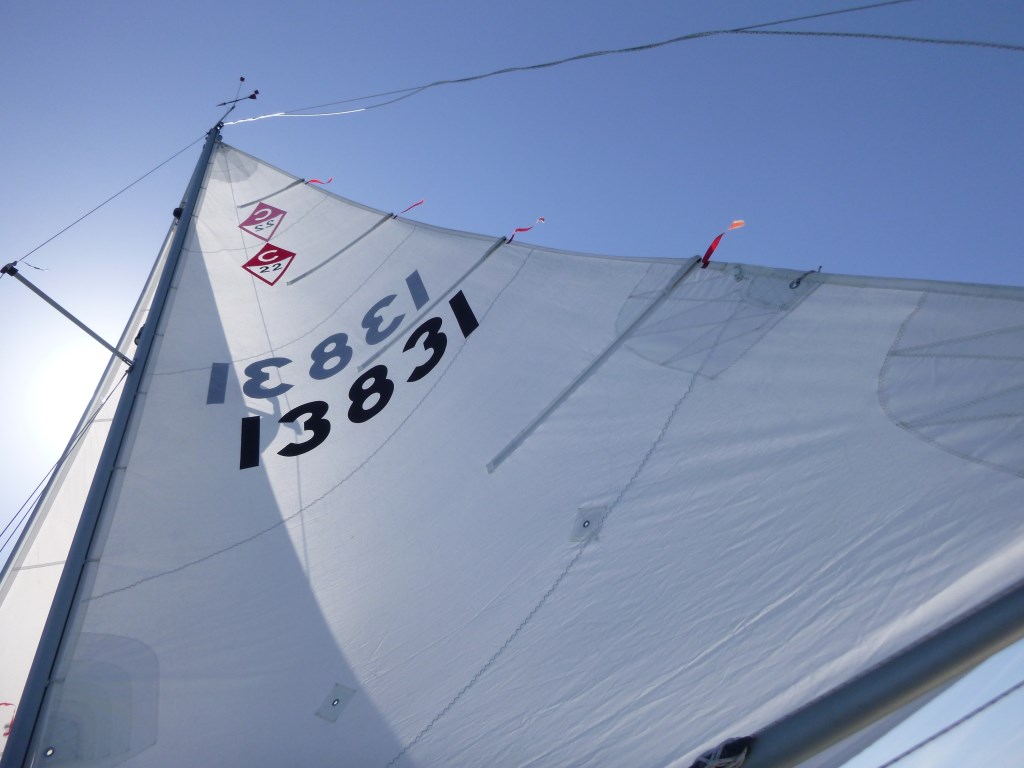 The conditions were light, and I thought it might be a good opportunity for Jen to get in some time at the helm. Jen is not a huge fan of steering. She rarely feels like she’s actually in control of the boat, so I try to find ways for her to have positive experiences under manageable circumstances to gain some confidence. See if you can tell about what time she took over based on this graph of the wind speed:

So while I was sailing with one foot on the tiller in 8kts, Jen was at the helm when it jumped up to nearly 20. For some reason though, in the midst of our animated discussion on the art and craft of left and right via the tiller, I’m not certain that we actually noticed that the wind had picked up. We’d sailed well past BB and were almost to BI before we turned around and came back on a broad reach. Once the wind had some time to work up a froth, we definitely noticed that conditions had gotten much rougher, but we didn’t immediately reduce sail…we were flying.

It was a crazy ride. The boat was pretty squirrely running with the waves on her quarter though, so we eventually turned up wind, doused the main, and continued on with just the 110 jib, still doing over 5kts.

I have no regrets about pushing the season…both sailing into December and starting up again in April have been quality learning experiences, and have also helped to offset the land-based demands on my weekend time. I’ve considered the potential for things to get out of hand when sailing in the fringe, and it’s certainly possible for things to go extra wrong. I wouldn’t necessarily recommend it to stone newbs. But there’s always some potential for things to get out of hand, and at this stage of our sailing careers, with this boat, I think we’ve got to keep feeling out the edges of our boundaries.