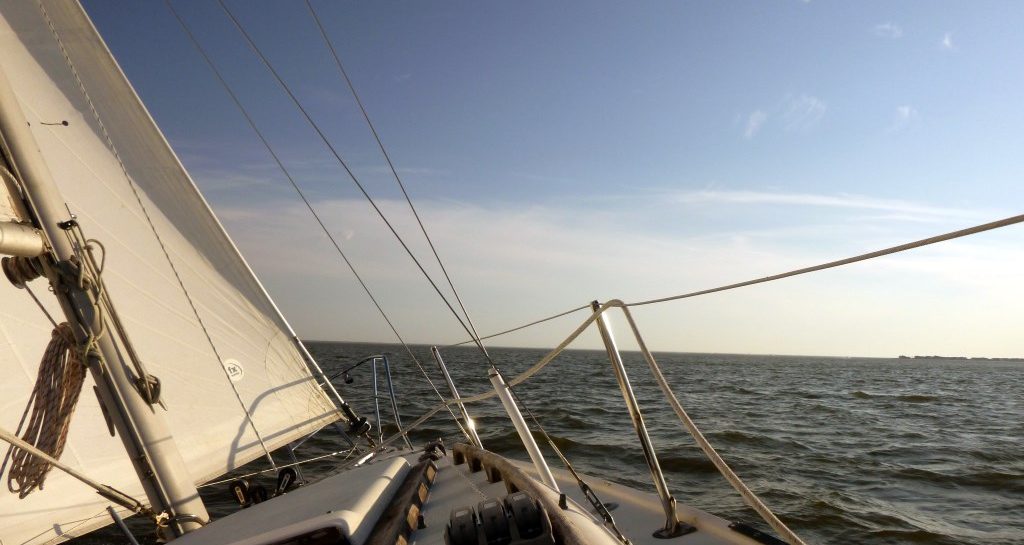 You can’t expect too many days above 70°F at the end of October in New Jersey. Who knows what to expect in general?

In Bernard Moitessier’s The Long Way, he pays a lot of attention to the sky. He is so attuned, he can predict the weather days in advance based just on the condition of the clouds.

My real log is written in the sea and sky…the sounds of the water on the hull, the sounds of the wind gliding on the sails, the silences full of secret things between my boat and me, like the times I spent as a child listening to the forest talk.1

I’m no Bernard Moitessier, and although I try to pay attention in my own way, it’s still hard for me to ascribe meaning to whatever is going on up there. No matter how much I look, it’s always something I’ve never seen before.

The sky when we left was bright but overcast, with way too much pink for noon. Several types of darker, lower hanging clouds were moving swiftly across the backdrop of higher altitude cover.

My purple-haired navigatrix took the helm for some of the trip south, beating into a moderate breeze from the west-southwest. 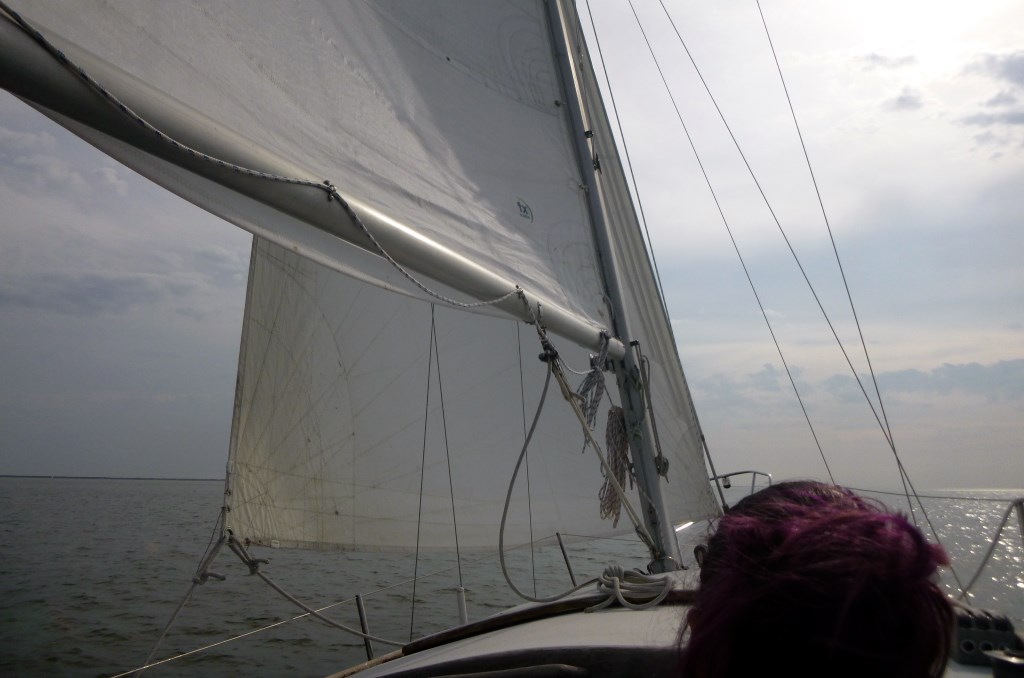 There were more boats out than we expected, probably because the weather was warm enough for short pants, but compared to the summer, the bay was still quite empty. 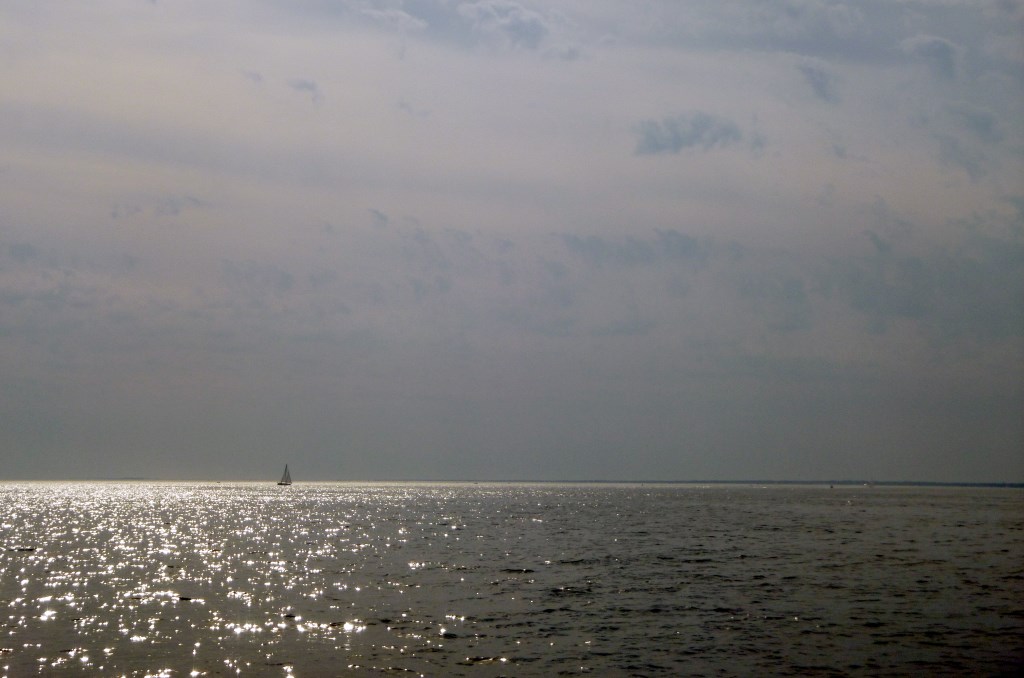 I was trying to make BI, but it seemed like on either tack, the wind headed us away from that destination. We wound up pretty far into the corner between Tices Shoal and the Sedge Islands, and eventually gave up on trying to make the mark. It had been an arbitrary, unstated goal, and I had no problem turning around and sailing a long downwind run back north.

We set the whisker pole and ran the main slightly by the lee, making good time despite the almost imperceptible apparent wind—traveling with the wind tends to make it feel slower to you, since you’re moving along with the air. 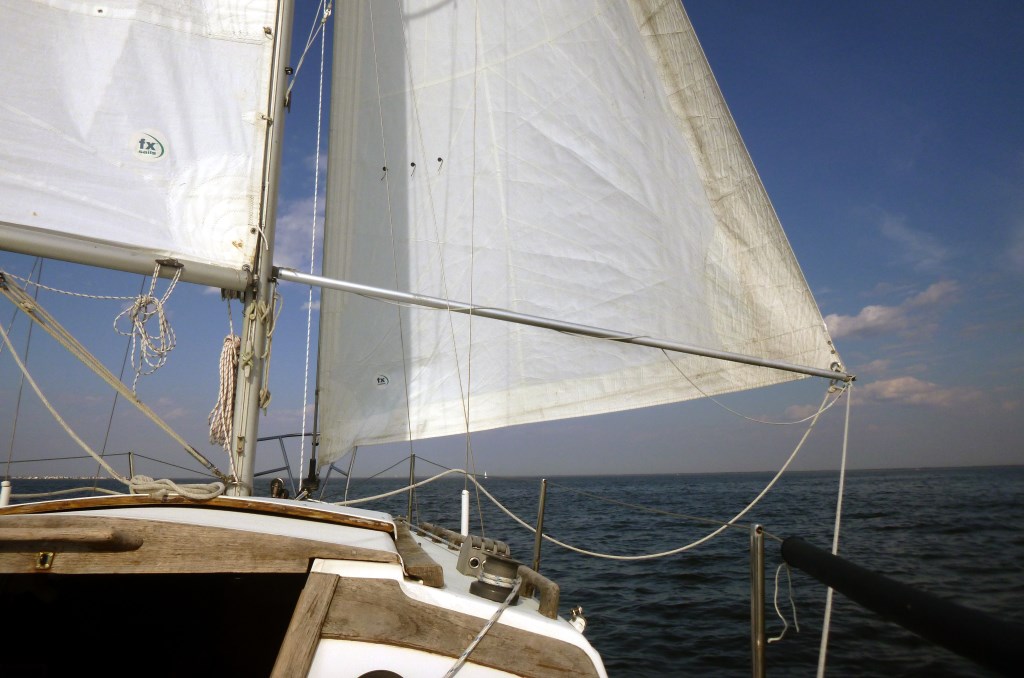 We glided silently back north to the creek, then jibed the main over to make the turn at 40, broad reaching to 39 and 38. The sky to the north was more clear and blue.

The wind had picked up a bit throughout the afternoon, although it was hard to feel it when sailing downwind. By the time we turned around to head home, we were treated to a far more invigorating sail, heeled over to the point where all of the things in the cabin found their way to the sole. 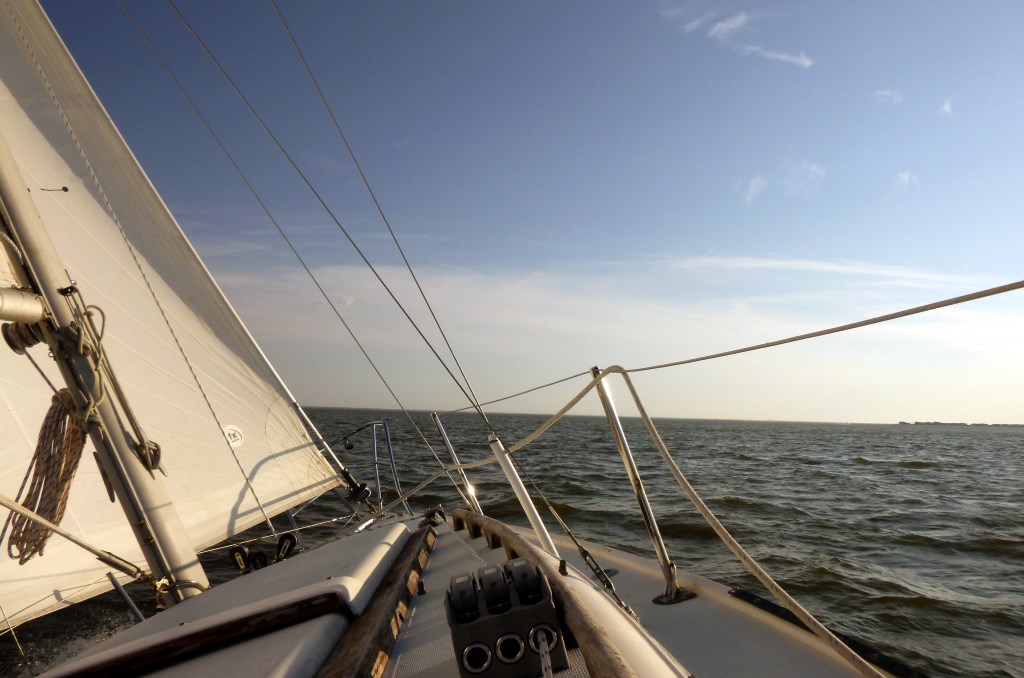 We probably would have been faster with a reef in, but we had such a short distance to go that it wasn’t worth it, so we braced ourselves against the opposing cockpit seats and coaxed Fortuitous into the chop. 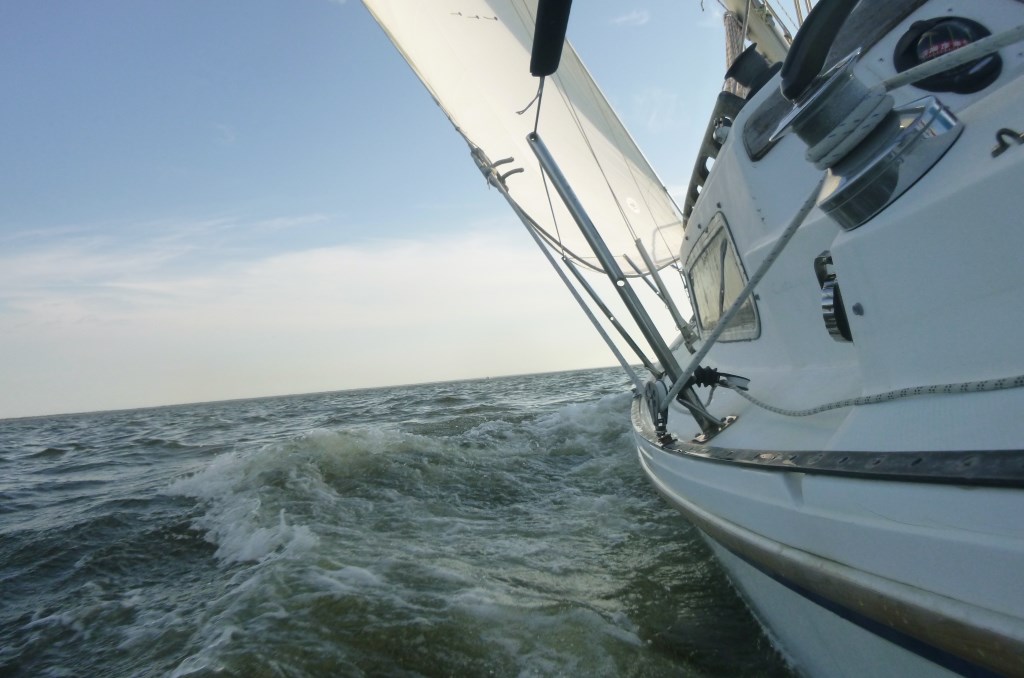 It was good to get out there and think about important things, like the sky and the wind and the waves—experiencing them even if not fully understanding them—rather than terrestrial troubles such as this endlessly debasing election cycle.

I am a citizen of the most beautiful nation on earth, a nation whose laws are harsh yet simple, a nation that never cheats, which is immense and without borders, where life is lived in the present. In this limitless nation, this nation of wind, light, and peace, there is no other ruler besides the sea.2

You can’t expect too many days above 70°F at the end of October in New Jersey, but you can certainly raise your sails and make the most of it.