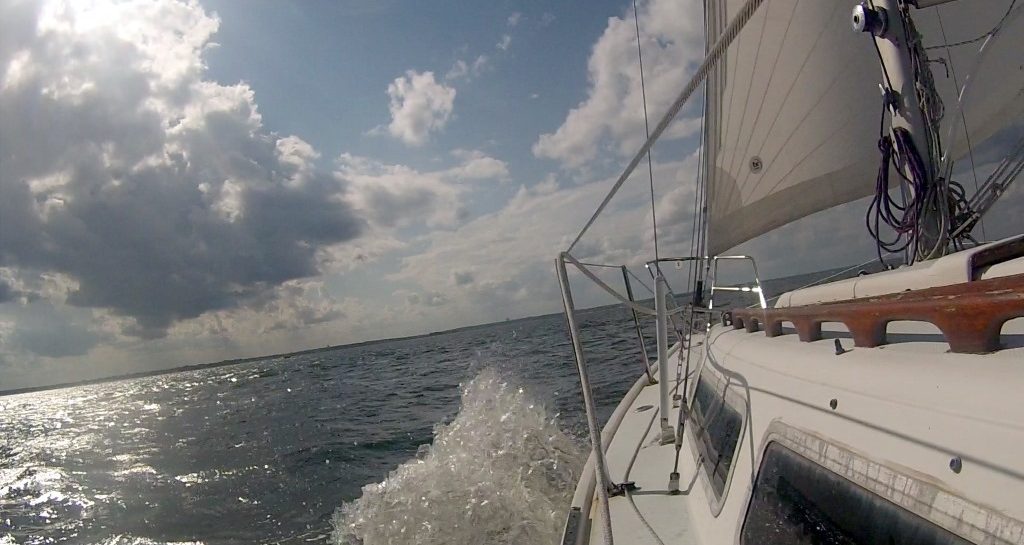 We weren’t even going to face the hordes and sail this weekend, but I somehow managed to work in a couple daysails.

Jen was really not into sailing this weekend. Our Fourth of July “weekend getaway” was a mess, and all of the semi-annual boaters who were out then were likely be out again for Labor Day in a blur of Coors Light-fueled insanity.

Still, as we got into the weekend I started to get twitchy at the thought of not sailing. I lined up a Monday sail with my brother, but the thunderstorm prediction for then was up to 50%. I think I could probably pass The Marshmallow Test if there was an opportunity for an epic sail on Monday, but if the choices are one marshmallow now or a 50/50 shot at one marshmallow later, I’m eating that thing.

So Jen graciously agreed to go sailing, even though the wind forecast was up and we were expecting the bay to be overrun. As usual, she was right. We shouldn’t have gone. It was gusting to 25 and between that and the boat wakes, the bay was a mess. I thought that we could get to Governor’s on just the jib (it seemed like leaving the main flaked would be easier for Jen, which was also wrong) and that we’d be far enough away from the action there that we could get in some relaxing time aboard. As we approached, I started thinking about that fact that this was the first time we’d been there this year and the first time ever with a fixed-keel boat, and became worried that we were making a mistake. In calmer conditions, the shallows can be easily seen and and avoided, but we couldn’t see anything with the chop, and I felt like Jen’s telephone was sending us to the wrong place based on the physical landmarks. I got nervous and bailed on the whole idea.

Sailing back into the wind turned out to be extremely annoying, and we decided to bag the whole day. For some reason, that’s when I remembered to turn the video camera on, so we didn’t even get and decent pictures of the conditions under sail. I sped this up to 300% speed, and even that didn’t make it interesting.

On Labor Day proper, I got down the shore relatively early and met my brother for a first attempt at sailing the new boat without Jen. Jen basically does everything except steer on our boat, so it was an interesting challenge.

The sky was overcast but the radar was clean, so we left despite the threat of thunderstorms. It was eerily quiet on the bay, with almost no wind—very unusual for Barnegat. We put the sails up and slowly crawled away from the main channel so that we wouldn’t get unnecessarily flogged by boat wakes. We bobbed around for a while, barely making way, until the sun came out. That started the clock on the thermals, which brought with them the usual sea breeze for which Barnegat is known. 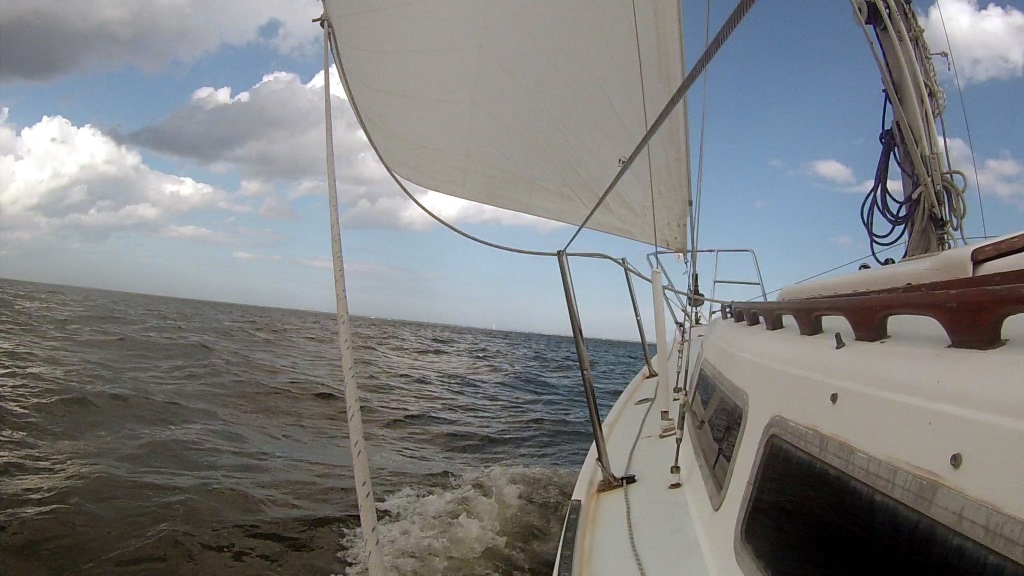 The wind was easterly enough that we could point down the bay, and sailed all the way to 42. We heaved-to in the wide part on the southern side of the bay and had some lunch as the wind continued to fill in. I returned half of my sandwich to the ice box, only to find it floating. I’m not sure if I’d allowed bay water to come in (we weren’t heeled that much, although I had left the drain valve open) or if it was ice melt from my cooler, or a combination of both. It did taste a little salty, but that may have been the prosciutto talking. Regardless, it should have drained, since we were flat for a good bit while hove-to. Some judicious use of our [distinctly non-toilet] mini plunger sucked out a small section of threaded rod, which probably got in there when I trimmed the deadly porcupine of bolts jutting through the headliner. With that removed, the water drained, and I closed the thru hull to prevent further problems. The remaining portion of my sandwich, however, was a total loss.

While I was fussing around the cabin, Wes said that the wind had kicked up. It was probably gusting to around 12 or 15, and I asked if he wanted to sail back conservatively or wanted to let the boat run a bit. We opted for speed, and had a quick reach back up the bay, hitting 6.8kts at times. 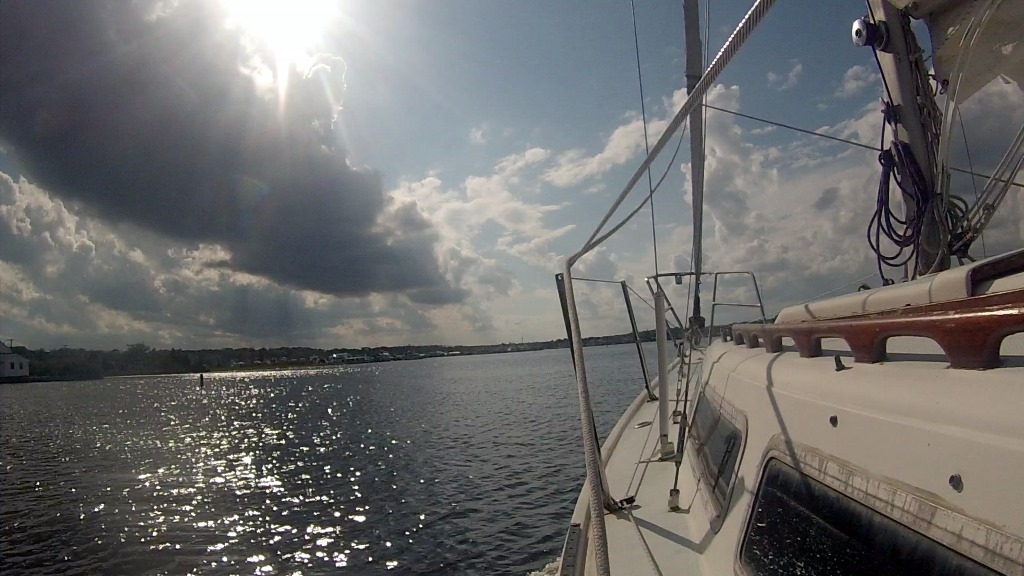 Thanks to Wes for coming out and helping redeem my sailing weekend. Despite a couple odd sail handling issues, we did really well, and had an enjoyable day on the water. The thunderstorms held off and we had quality wind once the sea breeze kicked in. We motored back to the dock around 1630 or so, and the angle of the sun in the sky reminded us that the summer is winding down. Jen and I are still looking forward to lots more sailing through the late summer and autumn though, which is historically some of the best sailing to be had.