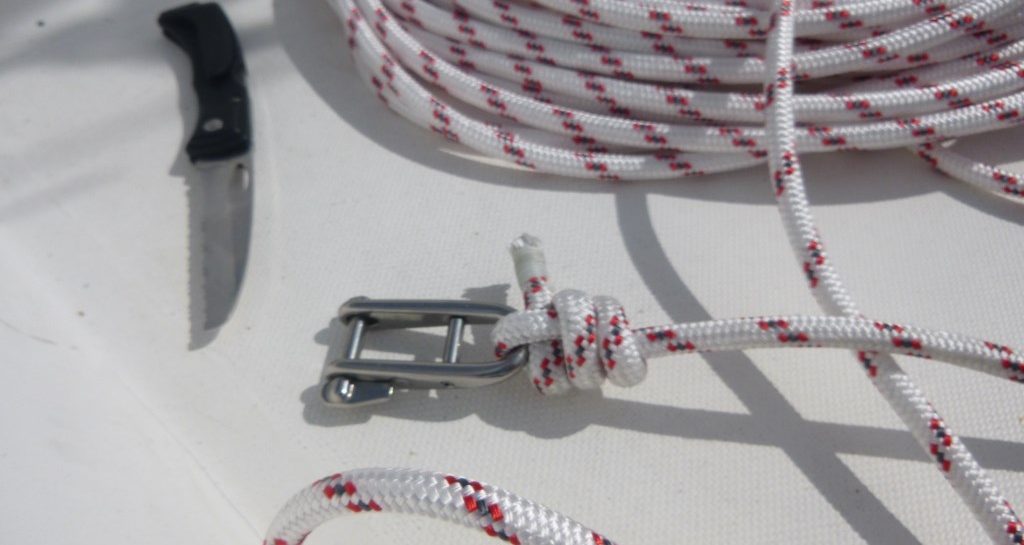 I spent a ton of time on the boat this weekend, but all of it at the dock. This will be a quick listing of maintenance items, just to get it into the log. 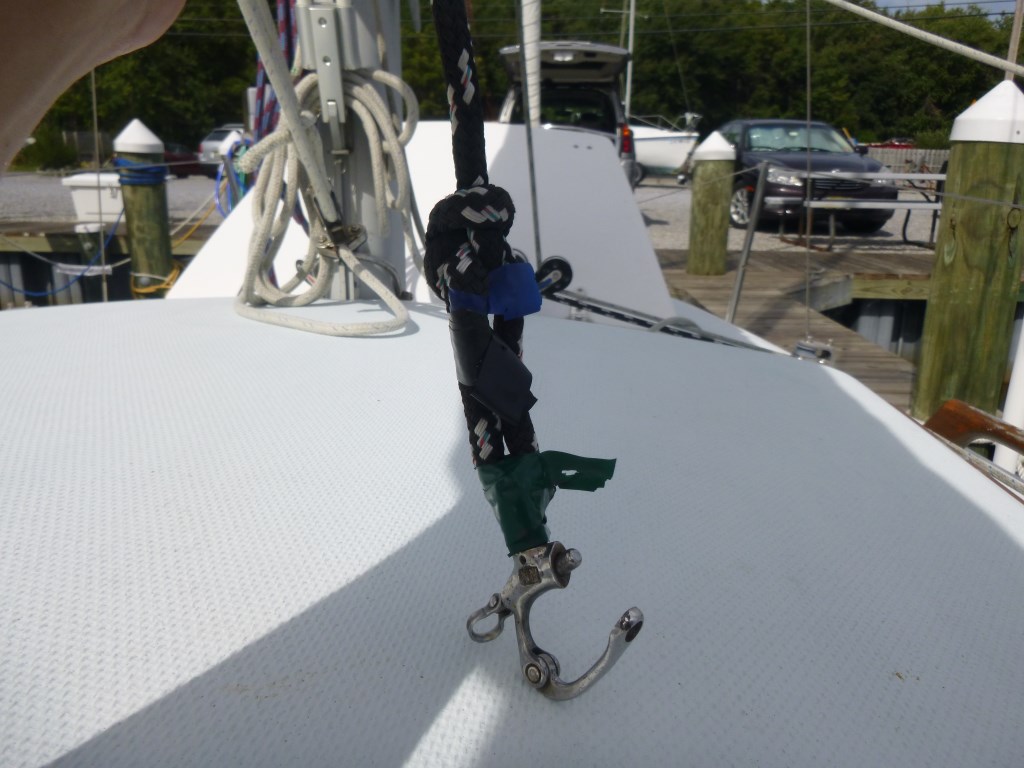 Yes, that’s three different colors of electrical tape. Before the old salts get up in arms, I’m completely aware of Reginald T. Dunsmore’s 1878 masterwork on rigging Ho! Zealous Yachtsman, which contains the oft-quoted the passage “Use no less than three shades of electronical tapes per halyard, lest one be caught in a tempest, unable to discern the bitter-end from the hasp!” In this case, however, I think I’m going to break with convention and try my luck without any electrical tape. 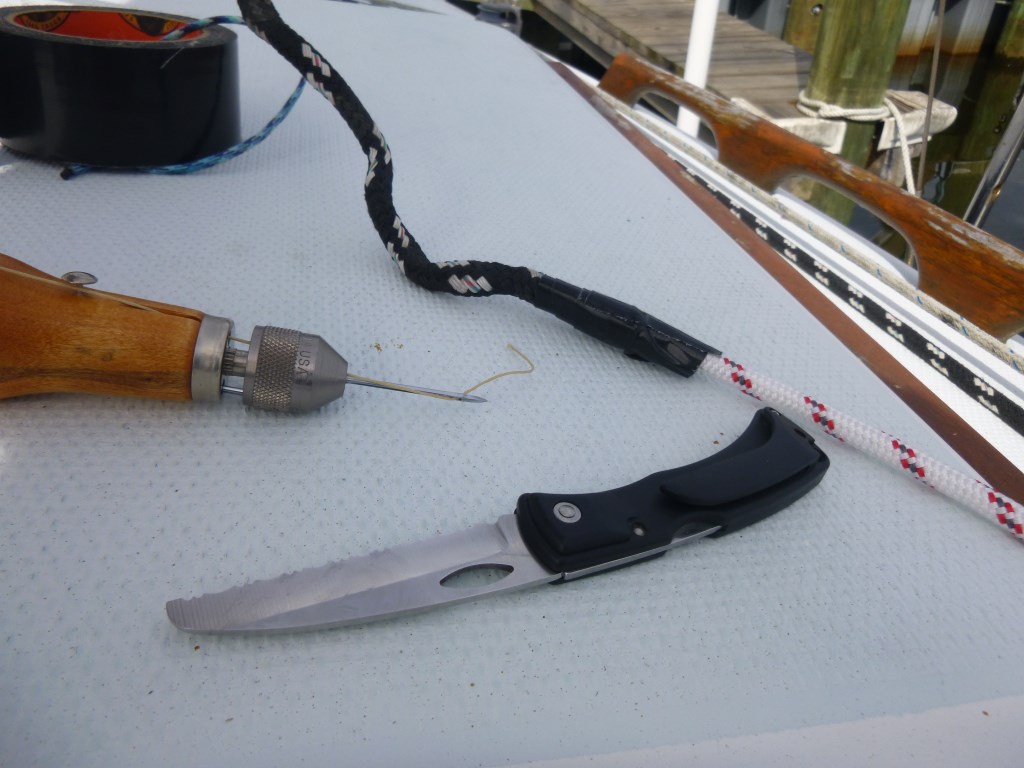 It wasn’t until I meticulously sewed the ends of the halyards together and used the old ones to carefully pull the new ones through that I realized that none of them actually made sense as they were rigged. So then I joyfully re-ran everything, possibly multiple times per halyard, so that I could discontinue using the spinnaker sheave for the jib halyard and run the main halyard on the starboard set of masthead sheaves, since it terminates on the starboard side of the mast. Hopefully not having everything crisscrossing along the mast will make everything run more smoothly, and now if we ever get up the gumption to use the spin, it will be in front of everything. This Samson XLS Extra (Dacron/poly cover and a Dyneema/MFP hybrid core) is really nice: very little stretch, very strong, and a lot easier to handle than Sta-Set X.

I think that’s about it. I also acquired the kit to replace the leaking window seals, but everything else that I tried to do took three times as long as anticipated, and I’ll have to open that Pandora’s Box another time.

Stay tuned to find out what all of this preparation is for.