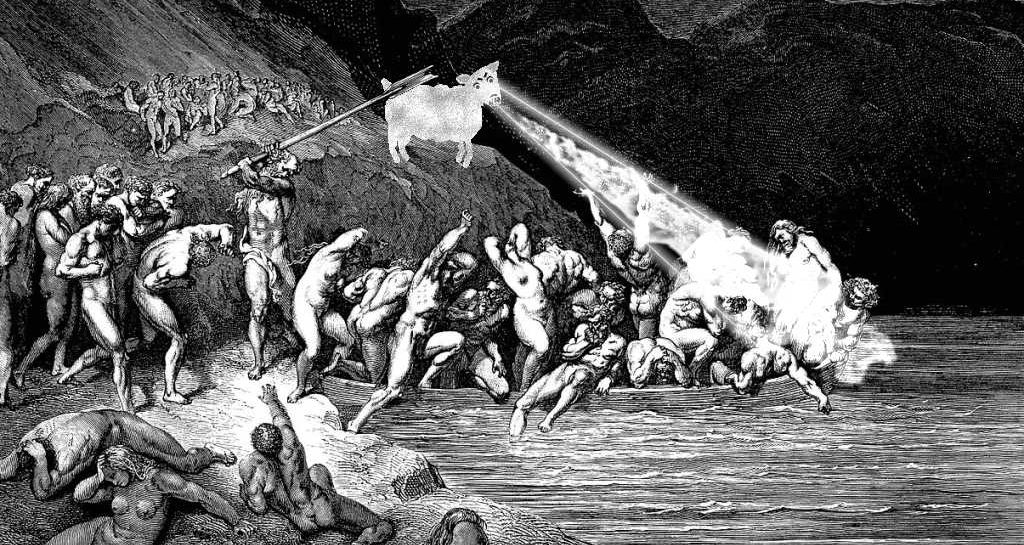 …out like a lamb. Assuming that lamb breathes fire and shoots laser beams out of his dead, dead eyes.

There’s a nor’easter coming. It carries more weight if you say the whole sentence in a phony New England accent, not just the “nor’easter” part. Ask not what this naw’eastah can do for you, but what you can do for this naw’eastah. I know I’ve already written at length about my distaste for the word “nor’easter,” but, like Tom Hanks’ accent in Captain Phillips, it never stops feeling brutally inauthentic to me.

Naming conventions aside, it’s almost April and we’ve got 2 to 4 more inches of snow on the way. The storm is currently tracking east, which means that we’re only going to get a little taste of it, so hopefully that trend continues. It’s a twitchy one though, and a small course deviation could be bad news for the region—this is a powerful storm. My weather guy, Gary Szatkowski from the National Weather Service in Mt. Holly, NJ, has been sending out crazy tweets, calling for 48ft seas (that’s almost 15m, Canadians) and 80kt winds offshore, with 40kt gusts along the coast. As if “polar vortex” wasn’t a ridiculous enough new weather term to go mainstream this year, I just learned that this storm may include “explosive cyclogenesis,” also known as a weather bomb or bombogenesis, where the barometric pressure drops at least 24 millibars in 24 hours while mumbling through the lyrics to its favorite song by The Gap Band. Some predictions put this one at 944mb, which is absurd for a non-tropical storm. 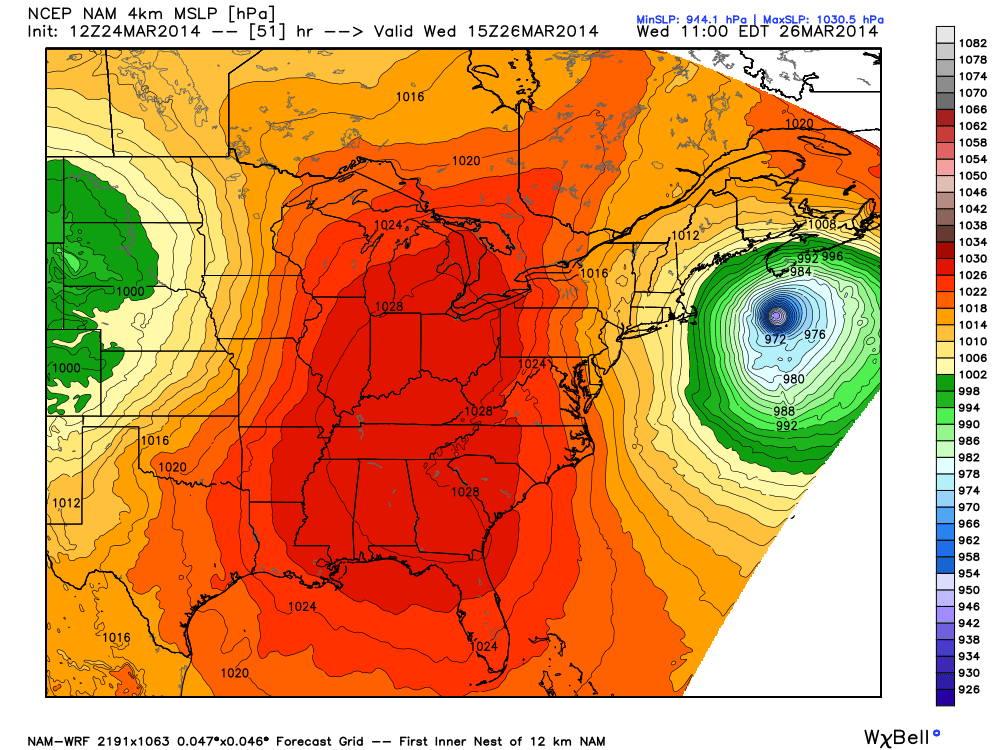 It’s probably not particularly interesting or unique to continue to complain about this winter (and now its foray into spring), but man, I should be thinking about boat stuff. Our marina technically opens next week, and sailing still seems a long way off.

Best of luck to the Maritimes if this weather bomb thing heads up your way.