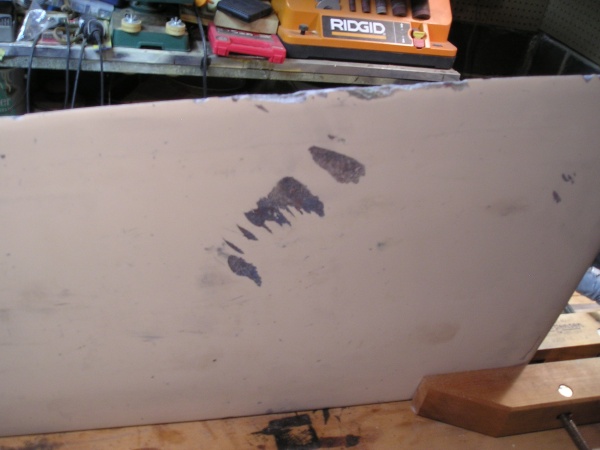 The plan all along has been to take care of some lingering maintenance issues in the off season so that we could be ready to go on opening day, which now was four days ago. With my rudder [again] down to its principal components I realize that I have no idea how fiberglass works.

Our rudder has three major parts: the tiller, the the rudder body (I’m not actually sure what this is called), and the blade. As discussed in the Pintle Problems post, our rudder body, which is the main part to which everything else connects, experienced extensive galvanic corrosion and we were forced to replace it last season. The tiller, which is the wooden handle that we use to steer, and the blade, which is the fiberglass component that goes in the water and actually turns the boat, were both also in need of some attention.

The tiller is going well. Some standard hardware store-grade paint stripper made short work of the aging varnish, and after a little sanding it’s looking beautiful in the white. It’s a few coats of Cetol away from being better than ever (since I’ve known it, anyway). The problem here is really the rudder blade. It was painted with some kind of red antifouling paint, and I wanted to remove it, fair a couple dings, and repaint it white with some barrier coat as suggested by sailingdog.

I got some Franmar soy-based environmentally friendly paint stripper. It was a slow go, but it was nice to not have to expose myself to a bunch of nasty chemicals—your everyday methylene chloride will melt your fingerprints off through latex gloves. I was mostly afraid of using the super caustic stuff because I didn’t want it degrading the resins or whatever the hell the rudder is made of. As the red paint slowly softened and was scraped with plastic scrapers, instead of gleaming white fiberglass it revealed several coats of blue antifouling paint. With more stripper and more scraping turned the surface into a filthy swirl of mauve, but a thin filthy mauve, ready for sanding.

Also revealed were a host of problems that I never knew existed. Much of the edge along the whole blade was cratered. Apparently some previous owner had also managed to hit the rudder with the prop, putting some deep gouges in the side. As I started to sand I also had the revelation that the white bits that I had always thought were fiberglass were actually the mysterious gelcoat, which I promptly blew through at 13,000 orbits per minute. Back to This Old Boat and the forums for more help. 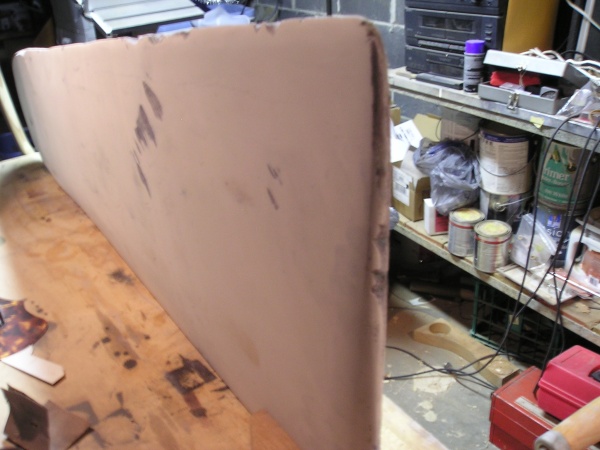 In other exciting nautical news, I got myself a set of splicing fids. I knew how to do an eyesplice on three-strand single braided nylon and spliced my dock lines myself, but the way I knew how to do it is a bit of a messy affair involving unraveling the rope and kind of weaving it back together to add a loop to the end. Most sailing lines aren’t single braid though…they’re double braid, where there’s a braided core with a soft braided cover. I was under the impression that to splice double braid, it would involve a similar, yet infinitely more complex, process of unraveling and re-weaving, until I saw this video. Enter the fid. A simple piece of pointy aluminum that allows you to easily turn a rope inside out and onto itself.

Unless you’re using StaSet-X. Oops…my rope isn’t double braid. It’s some kind of crazy composite where the interior is made of cloth-wrapped nylon hairs. I gave it a go, but it was nowhere near as tidy as the guy’s in the video. C’est la vie marine. 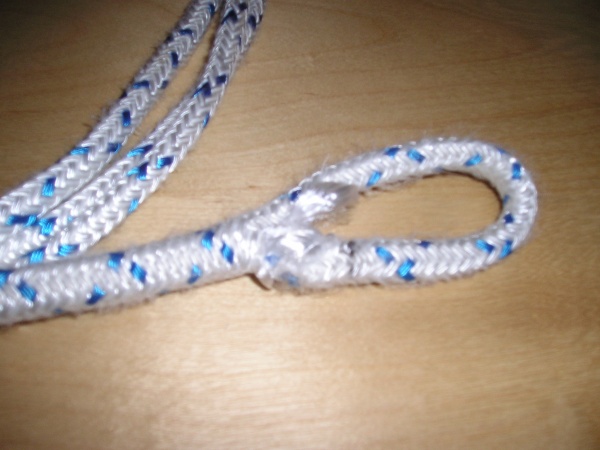