A storm by any other name…

Explosive cyclogenesis, a bomb cyclone, a weather bomb, bombogenesis, explosive development, nucular [sic] winter, the beast from the nor’east—although sources will tell you that the naming convention has to do with rapidly dropping barometric pressure, others will tell you that it’s overblown weather rhetoric.

I hate stupid sayings like “Bomb Cyclone.” Call the storm what it is and not make up Fake Meteorology! 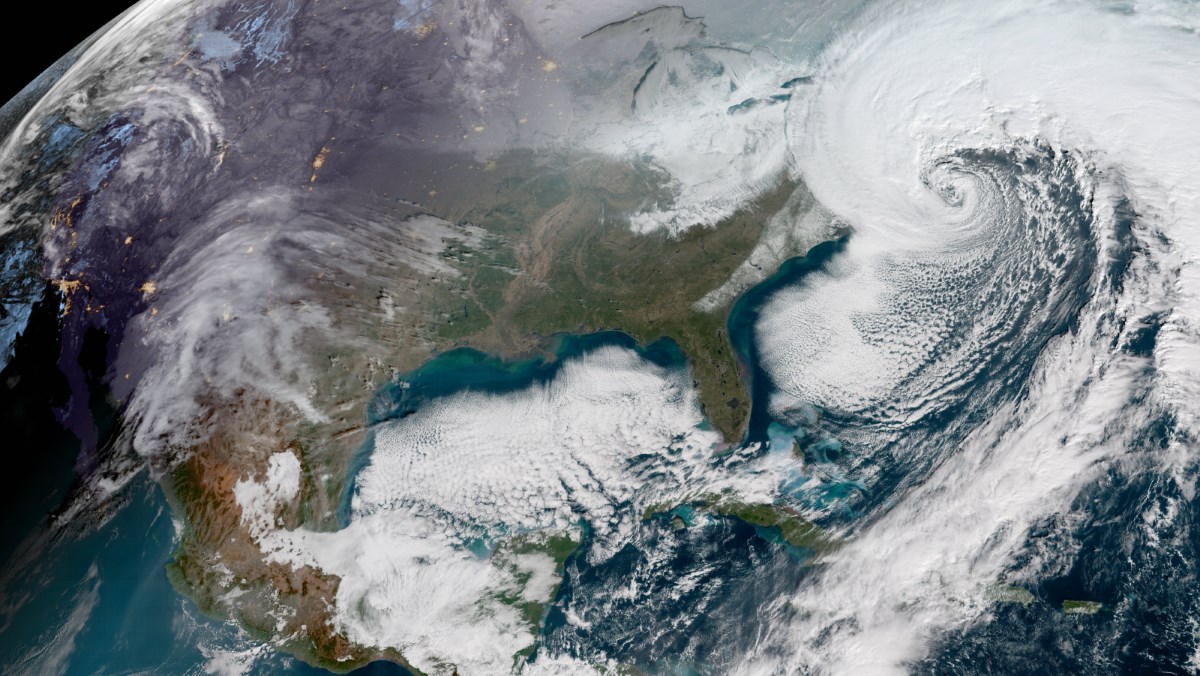 I have previously complained about the hype (here and here, for example) but whatever the terminology, we did get some snow. We only got about 4″ at the homestead, but areas of the shore, including where our boat is stored, were in a narrow band that saw more like 16″. This was followed by bitter cold as the storm sucked polar air down from the north. It’s been annoying. Still, I had to go check on Fortuitous. 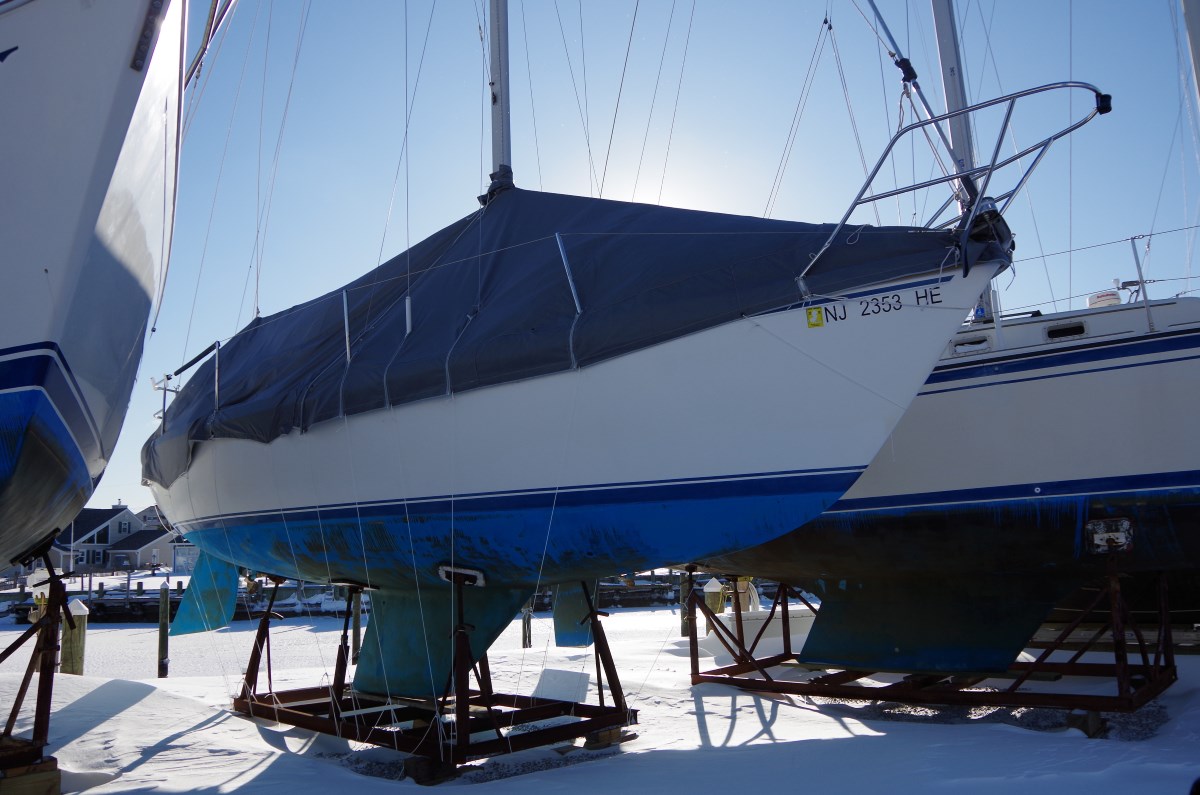 She was fine. I imagine that the winds were so high, nothing could stick to the cover. It was quite the winter wonderland at the marina though. 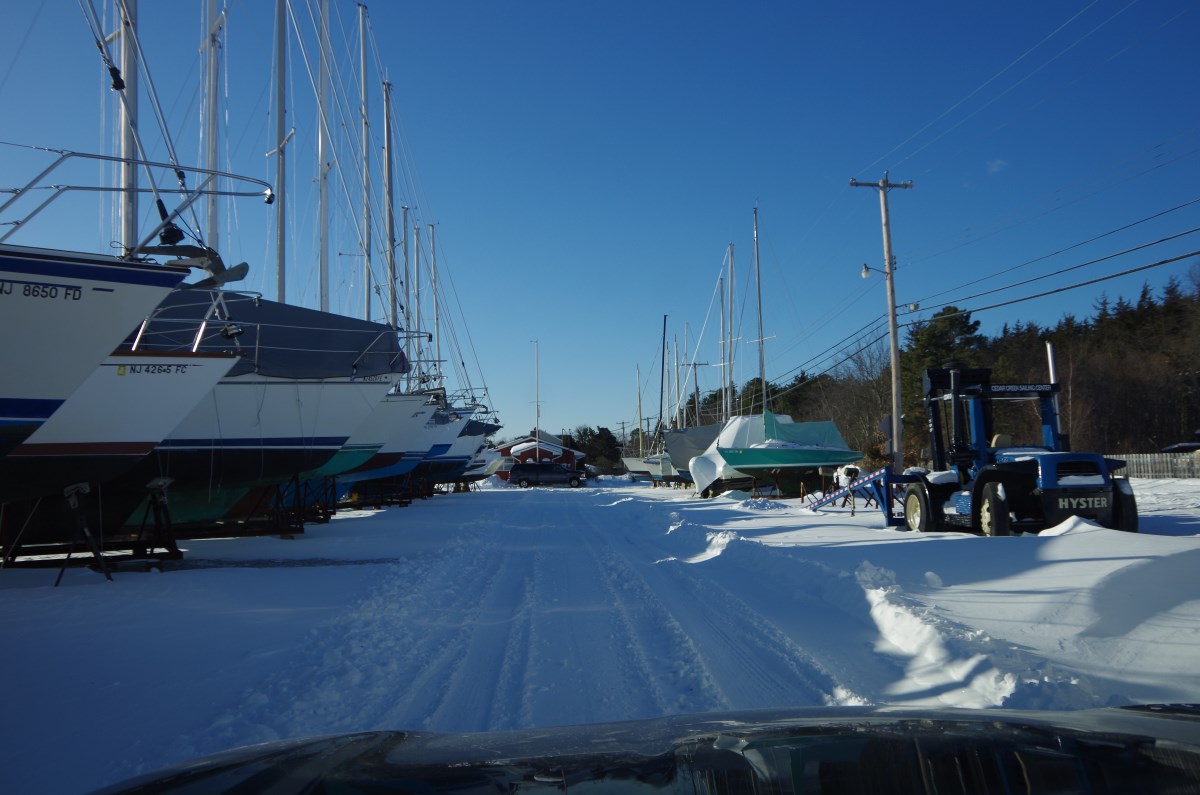 The creek is entirely frozen now, except for areas where the bubblers have been going. 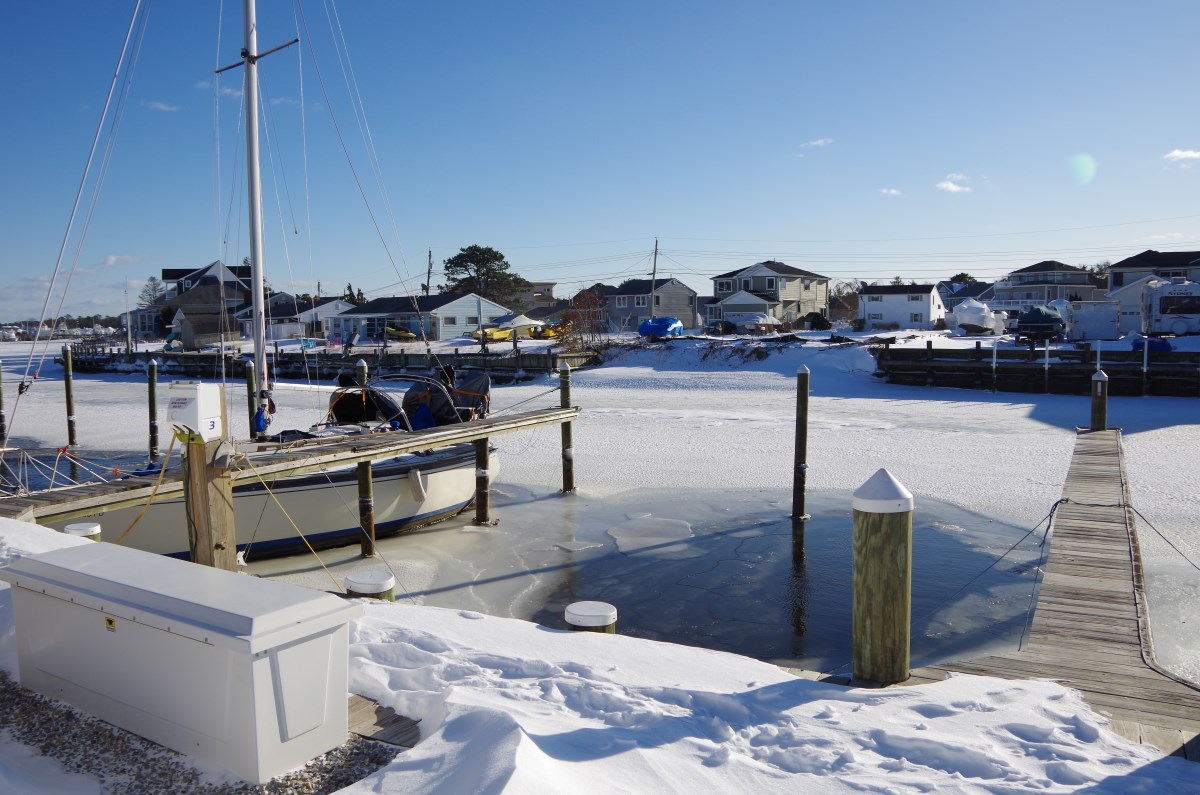 Indeed, the whole bay looked frozen. Berkeley Island Park is still closed, as was the boat launching area, so I went over to The Cove to take a look. 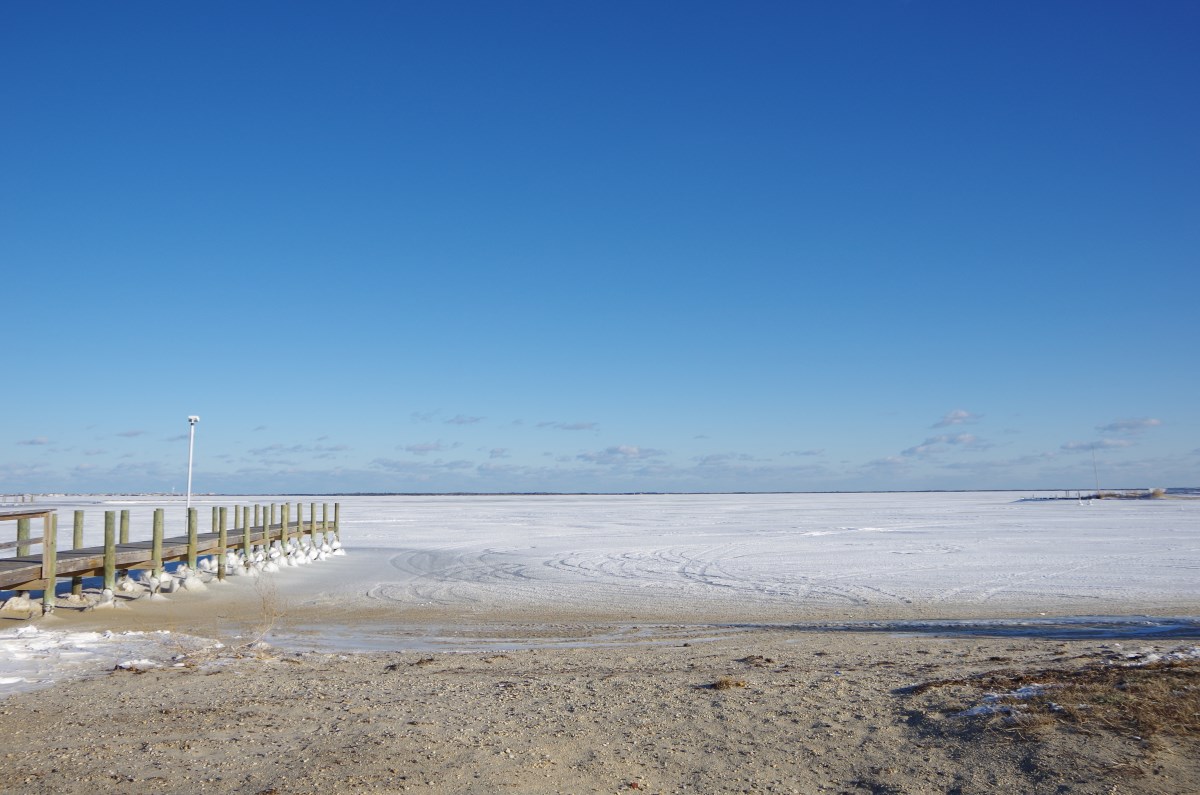 All of the snow had been blown off of the “beach,” and the bay looked like it was solid snow-covered ice for as far as I could see.

The marshes by Good Luck Point were also frozen and wind-blown. 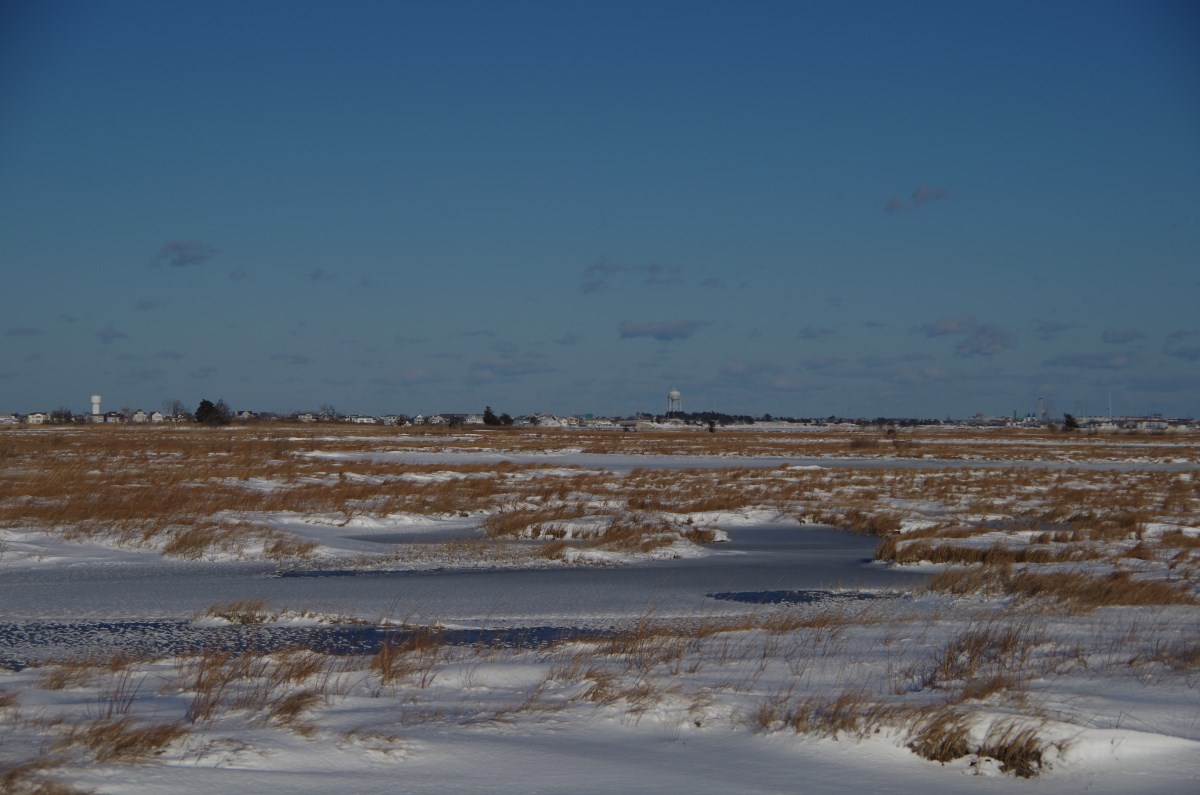 There was a little liquid water by the head of navigation of the Toms River, which seemed to attract a lot of birds. However cold it looked, I assume that the water is still warmer than the air, which has been hovering in the teens at best. 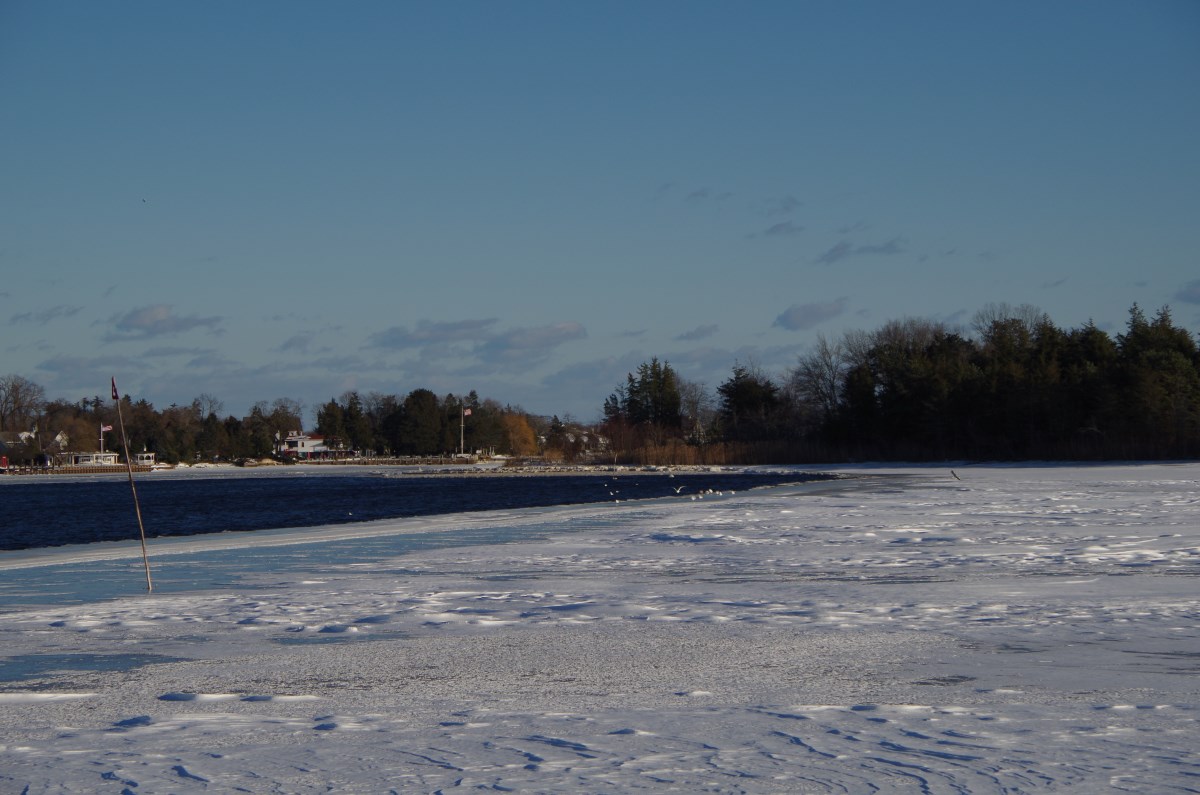 On the way home, I decided to try going the back way through the woods. I wasn’t sure how well-taken-care-of the roads would be, but was confident in my all-wheel-drive.

It turned out that they had been plowed, but wherever there was a clearing on the windward side of the road, snow was drifting over the plowed piles back into road. I tried to get a photograph of it near Chatsworth Lake: 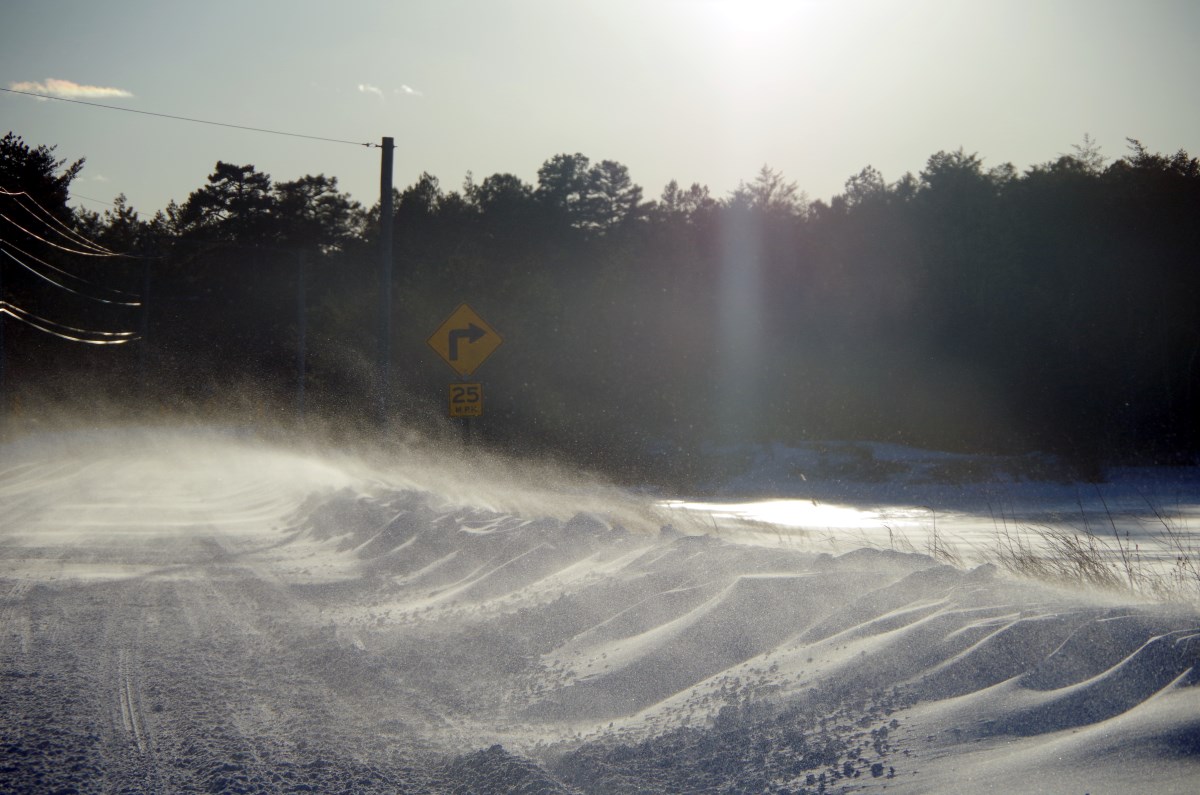 In all, it hasn’t been that bad, at least at this latitude. Temperatures should be above freezing next week, so we should finally start to thaw out a bit. All we can do until then is roll with it. 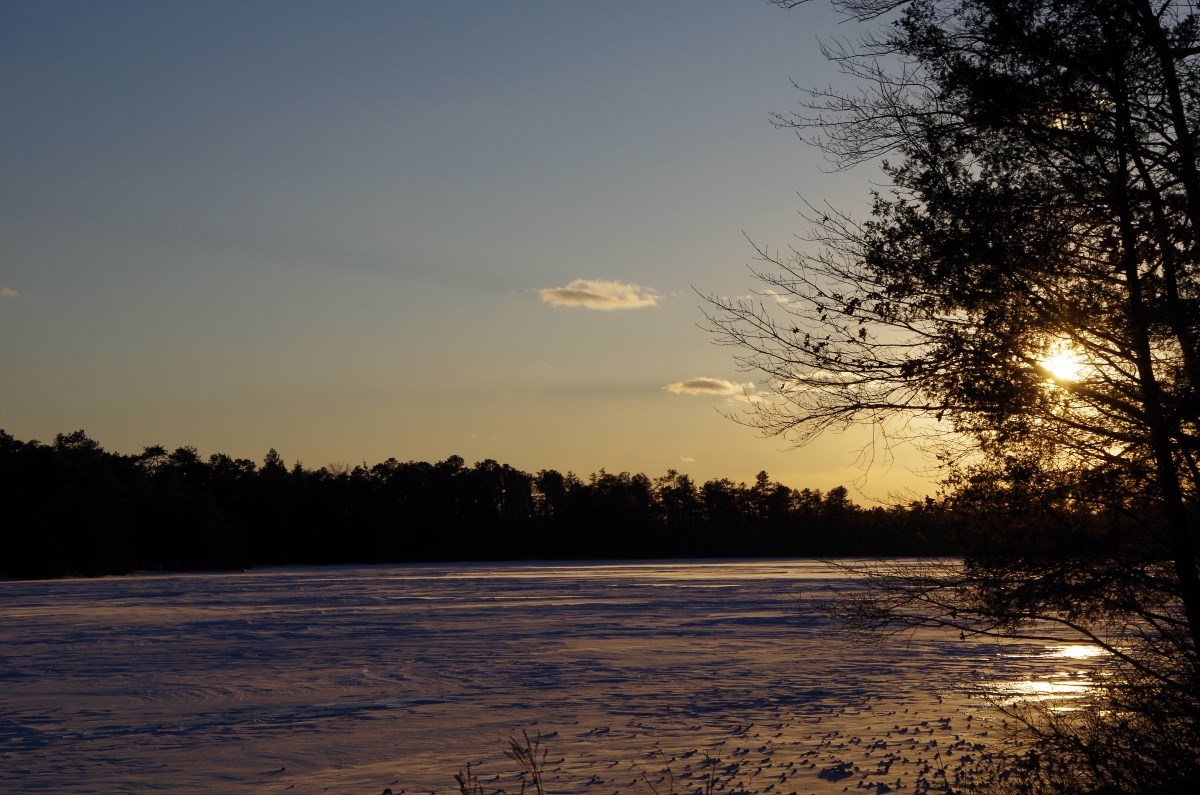