It’s been a while…

Winter is fully upon us, and the boat log has slowed down proportionately. We’ve already had a couple light snowfalls, and I dutifully went down to the boat each time to check on things and tighten the tie-downs on the cover, but it wasn’t anything that warranted the hoopla of a boat log entry. I have some time off between Christmas and New Year’s, and decided to go check on her again. 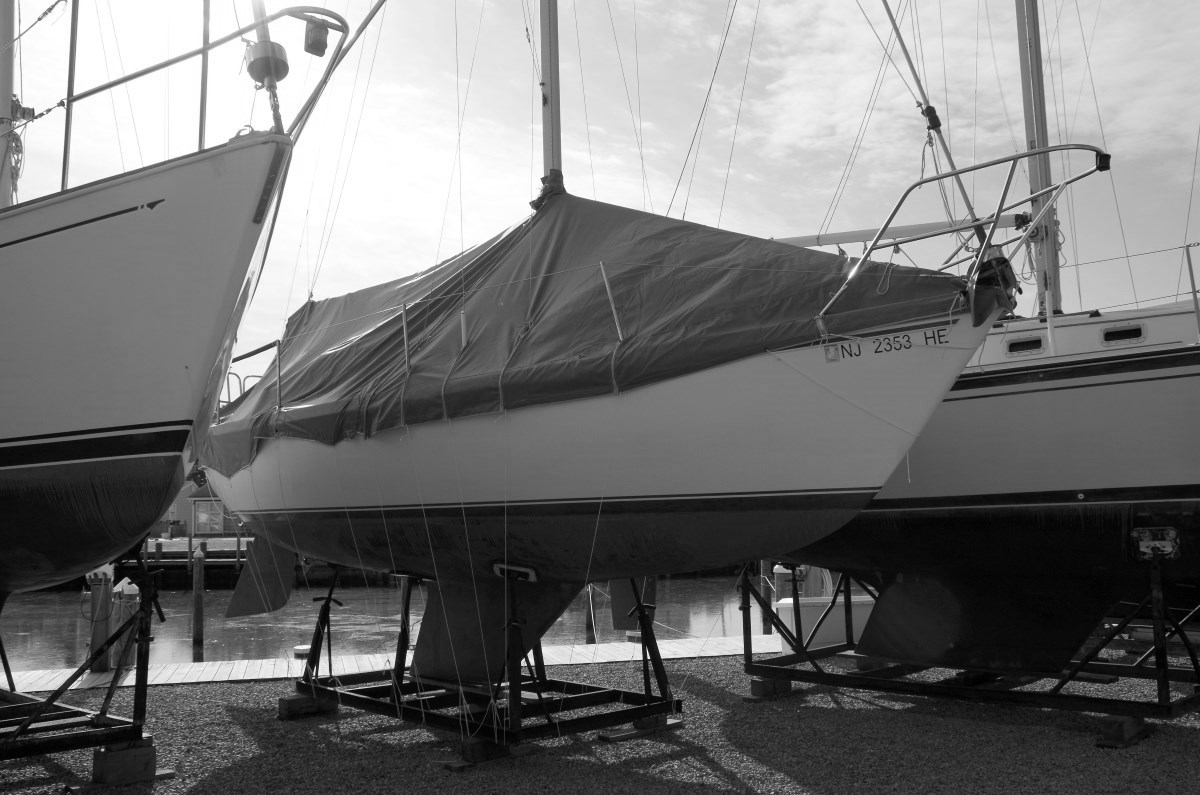 It’s been ridiculously cold (today’s high at the shore was supposed to be 26°F/-3°C) and there was a light skim of ice in the marina. 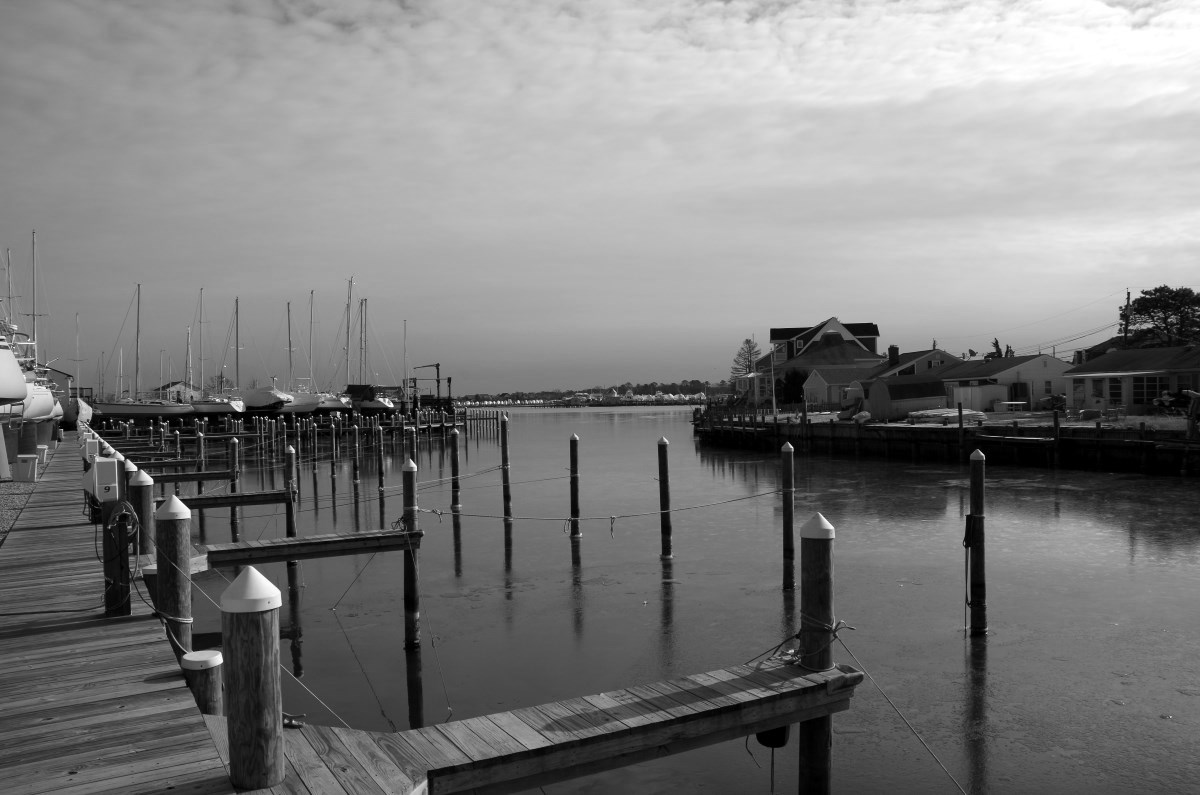 There were some bubblers set up to keep ice from forming, but they weren’t running. Their lines had frozen into the water. 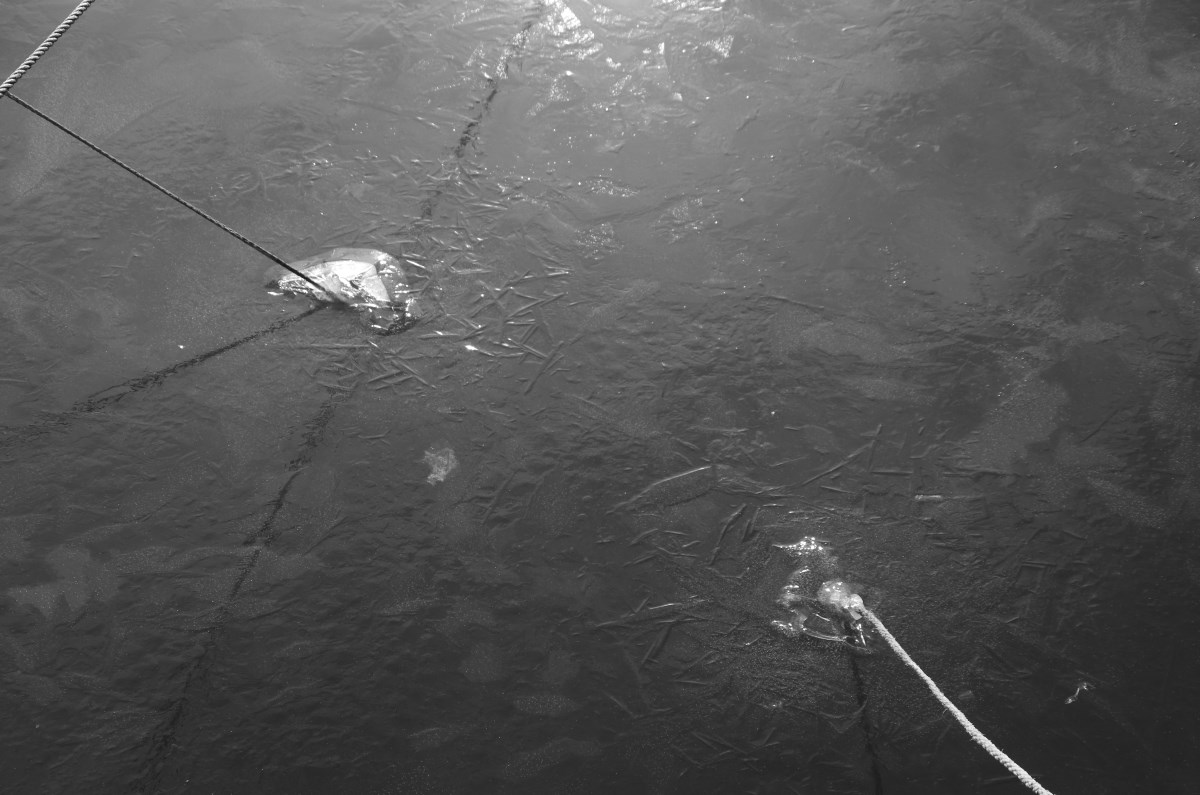 I decided to stop by Double Trouble State Park and do a little wandering. Some time alone in the woods is always good for my head, even when it’s freezing out. 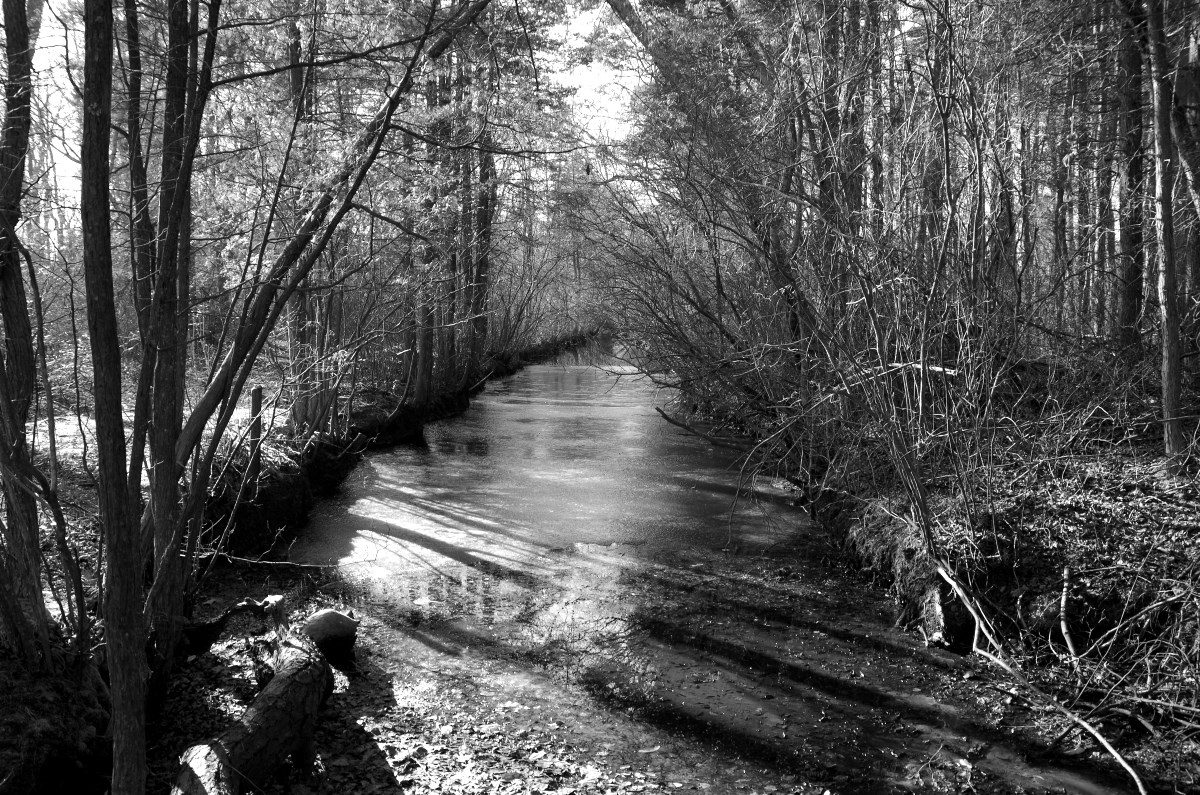 Double Trouble is on the Cedar Creek (the same water that Fortuitous is docked in, just a bit upstream) and was an early center of industry in the pines. The creek provided power to a sawmill that operated there from the 1700s to the early 1900s. As the Atlantic white cedar was cleared, the resulting swamp land formed bogs that were ideal for growing cranberries, which became an important crop starting in the 1860s. By the turn of the century, the Double Trouble Company was one of the largest cranberry operations in the state, using the water from Cedar Creek and a series of sluices to wet-harvest the fruit. 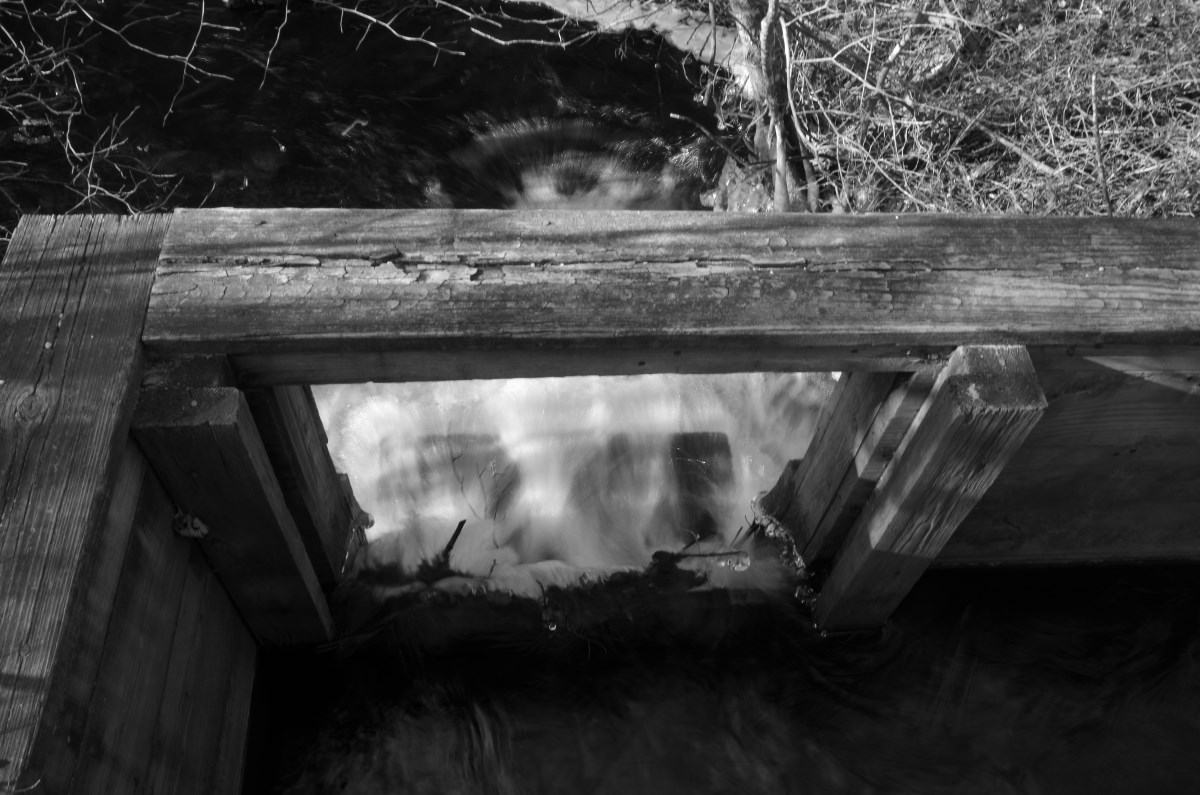 Fourteen buildings from the 19th century factory town are preserved in the park, including the sawmill, the cranberry packing house, a general store, and the homes of the workers and foreman. 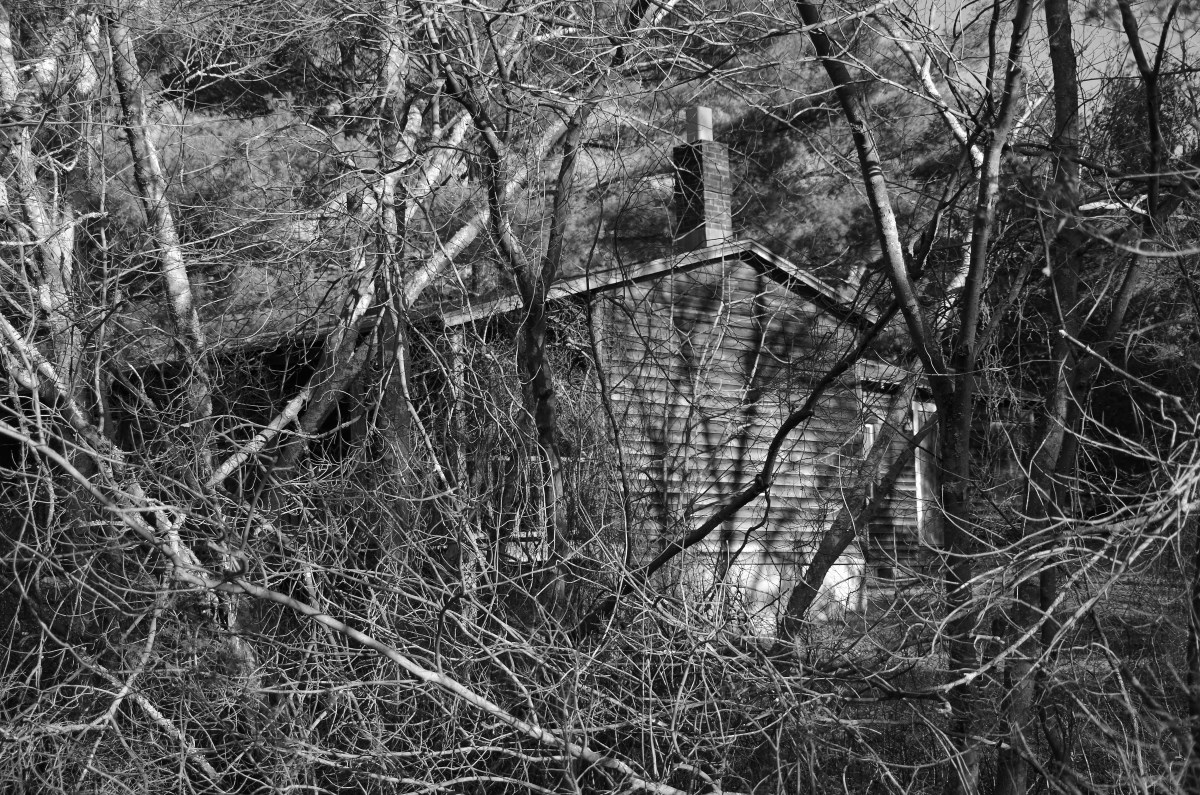 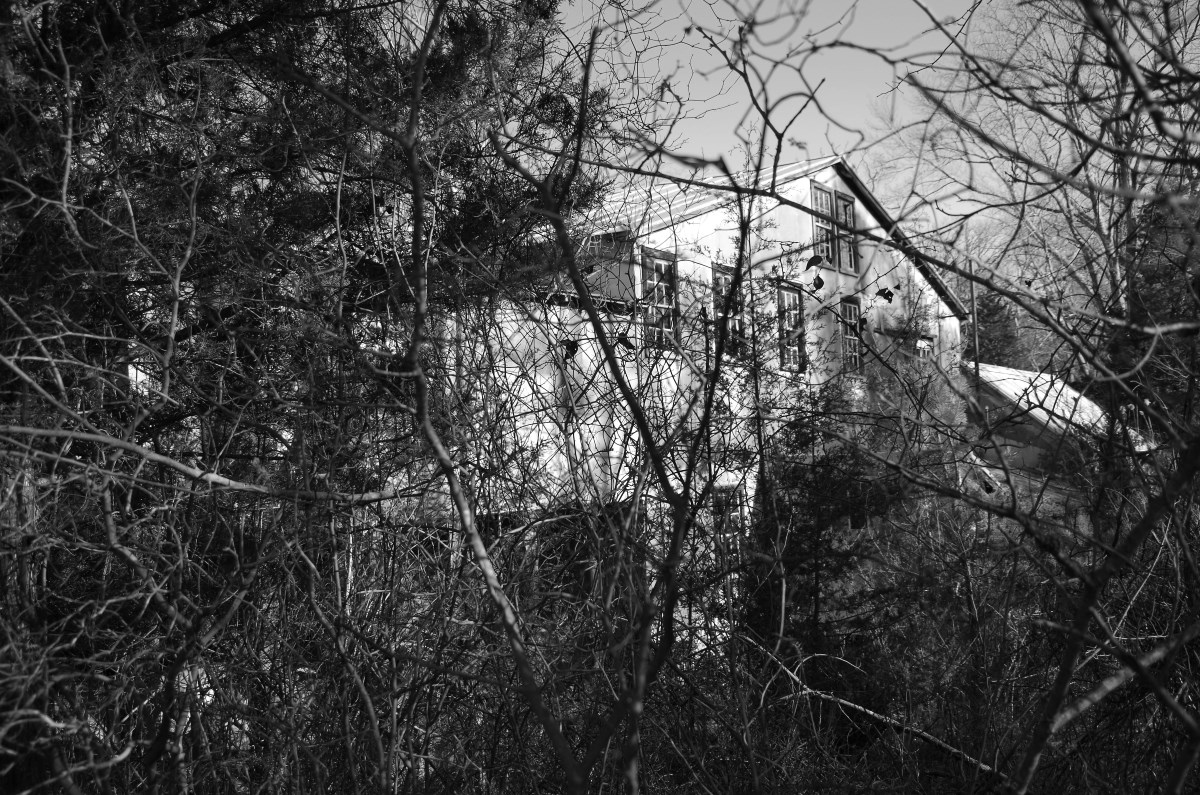 “Double Trouble” is kind of an ominous name. On June 2, 1918, The Sun Newspaper of New York ran an article quoting Edward Crabbe, part owner of the Double Trouble Company, with one possible explanation:

“How did Double Trouble receive its name?” repeated Mr. Crabbe. “Good Luck, further down from Double Trouble, was the birthplace of the Universalist Church in America, in 1770. The clergyman who established the Universalist Church built a dam at this point and the beavers and muskrats, according to the story, broke through the dam and when the rector came up to inspect it and saw the havoc wrought he remarked: ‘More trouble, double trouble.’ The name stuck. If you will look at the topographical maps of New Jersey, you will see Double Trouble indicated. I have looked back over records in Perth Amboy and I find Double Trouble mentioned in deeds as far back as 1790.”

Owning a factory town in a time before the concept of workers’ rights, I assume that Mr. Crabbe was also the inspiration for SpongeBob SquarePants’ boss. 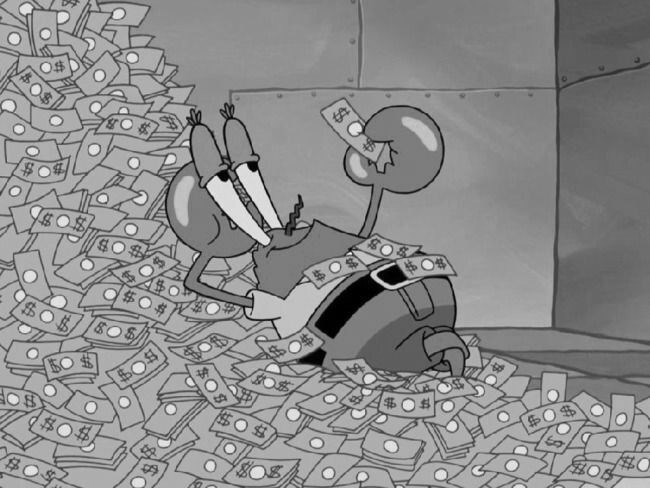 In addition to the historic area, there are also several hiking trails and dirt roads in the park’s 8,000 acres. I initially took the road north. There is a bridge over a wide portion of the creek. 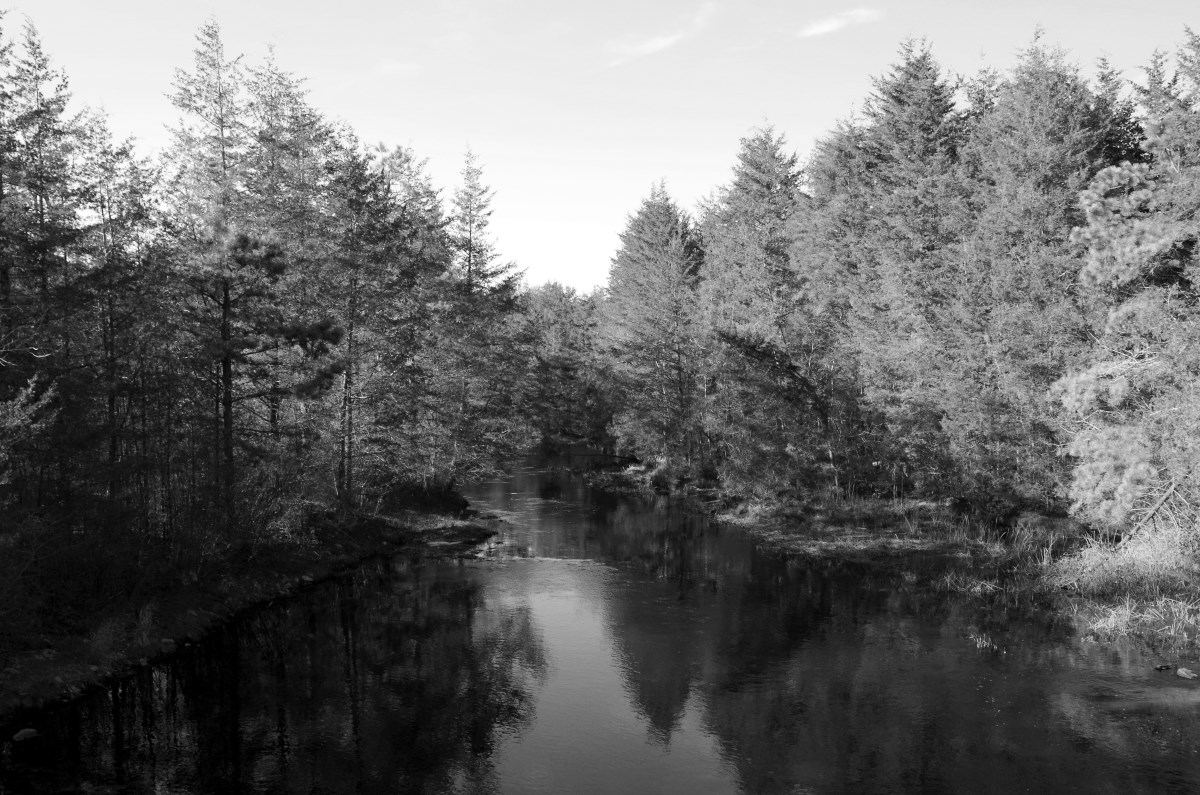 One large part of the forest was damaged by Sandy, and remains a bit apocalyptic. According to the signage, Atlantic white cedars don’t hold up that well in high winds, but the New Jersey Forest Service is working to restore the cedar stands. It will likely be a long process. 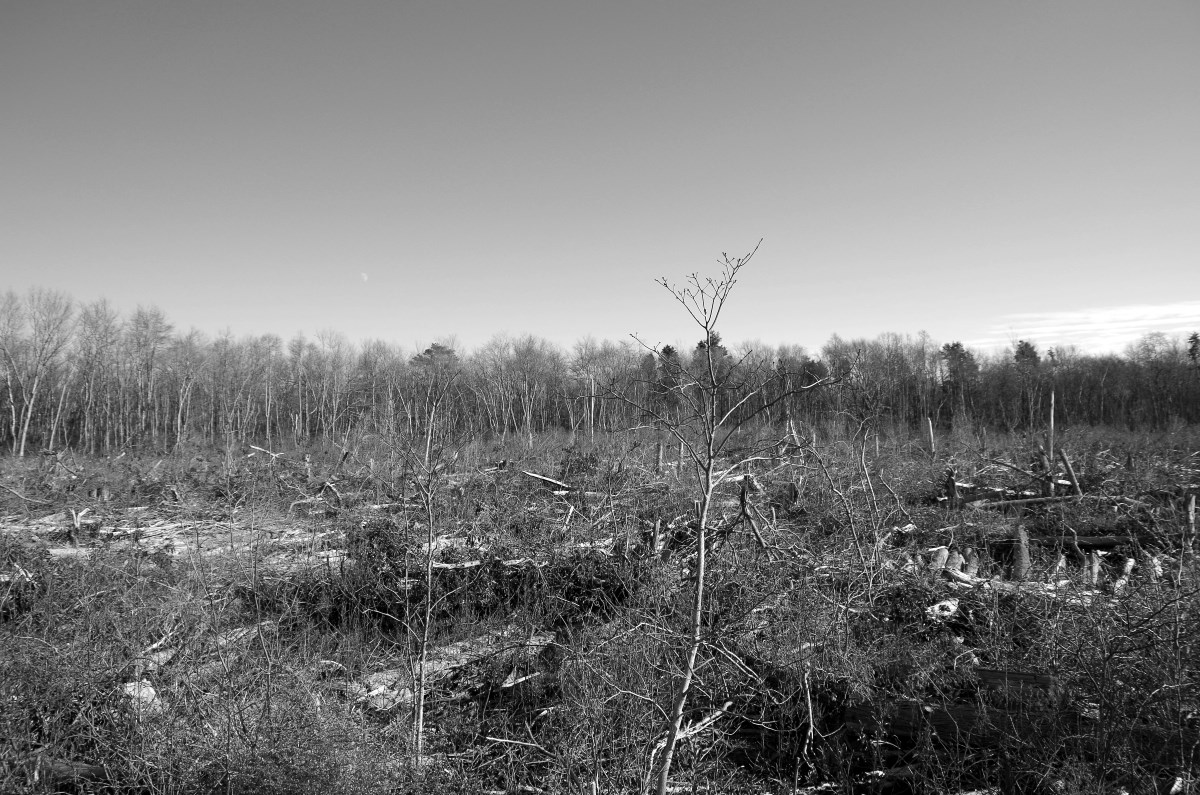 After exploring the northern road, I walked back into the village. My cold-weather gear was holding up pretty well and I wasn’t really ready to go, so I took the red trail out to the mill pond. There wasn’t as much ice on the pond as I would have imagined, and it stopped just short of the spillway. 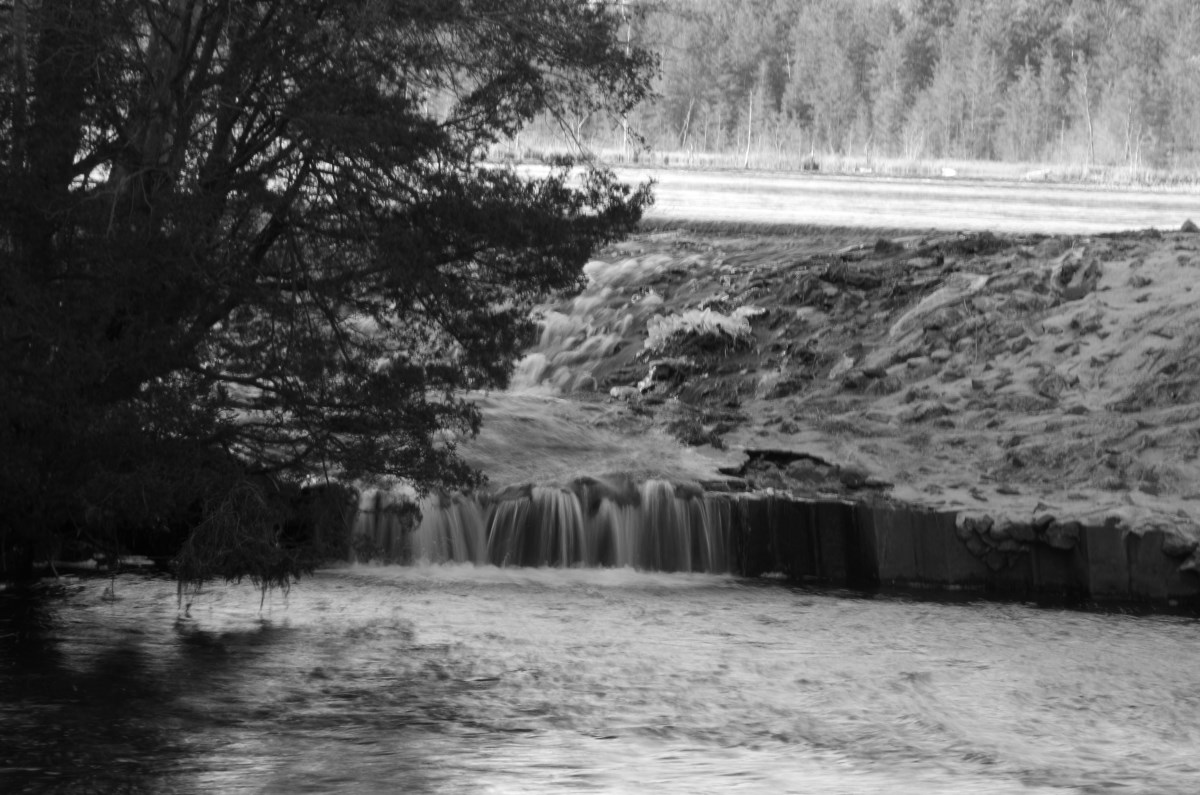 There’s a lot of winter to go, but at least we’re past the solstice. The days will be getting a little longer, reminding us that this will pass, that spring will come, and that there will eventually be sailing again.

More photos (in living color) are in the gallery here.