Unless something goes horribly wrong, I believe bottom work is complete on Fortuitous. I don’t have a lot to say about it, so I’ll just post some pictures, possibly with hilarious comments.

Before work started, a helicopter landed in Berkeley Island Park. The pilot got out, stretched his legs a bit, and then took off again. That’s weird, right? 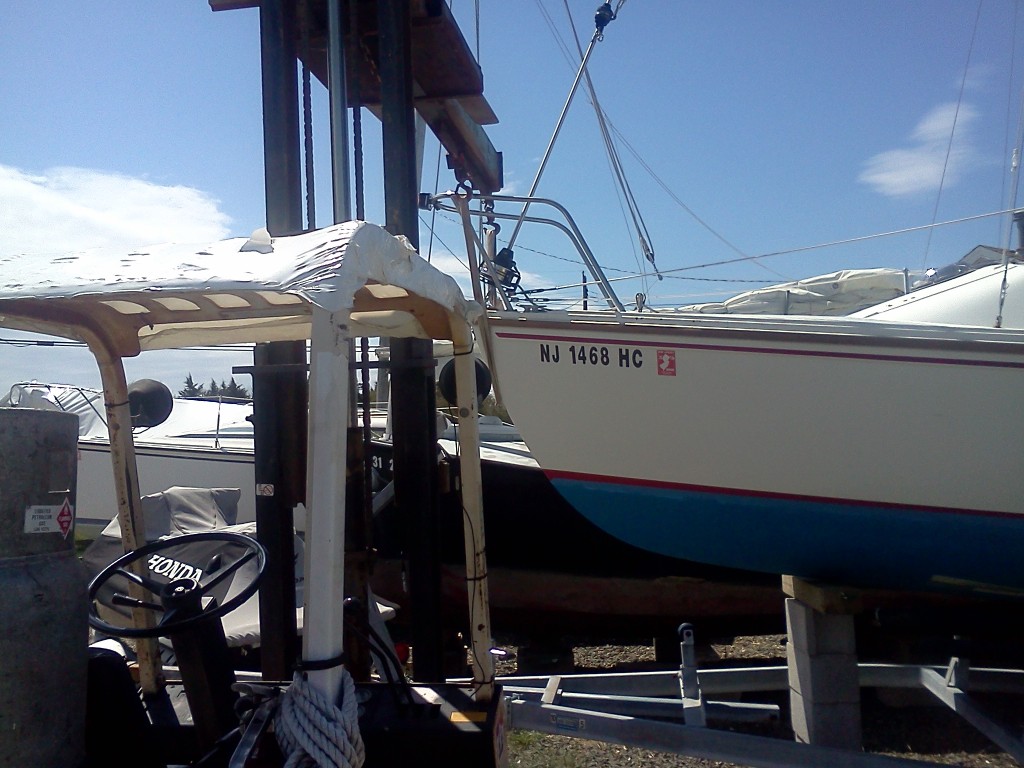 The next step was lifting the boat. Trixie’s staff blocked the stern under the transom with cinderblocks and boards and then lifted the front up by the bow eye with their forklift. Forklifts are way more awesome than I thought. I kind of want one now. It lifted the boat without issue, then they blocked the front so that the forklift didn’t have to bear the entire weight. 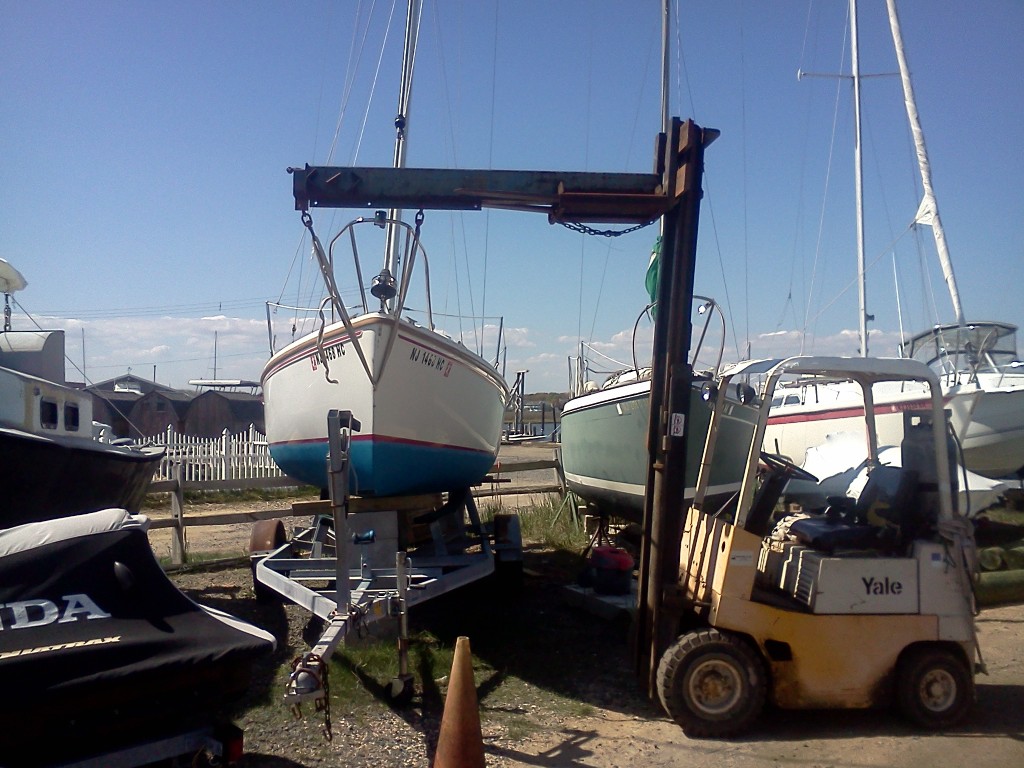 This enabled me to finish scraping and sanding, then prepping and painting under the bunks. I threw another coat on everything while I was there. All done. It was time to take a victory lap around the shore to see what was shaking this time of spring.

Which reminds me of a funny joke… 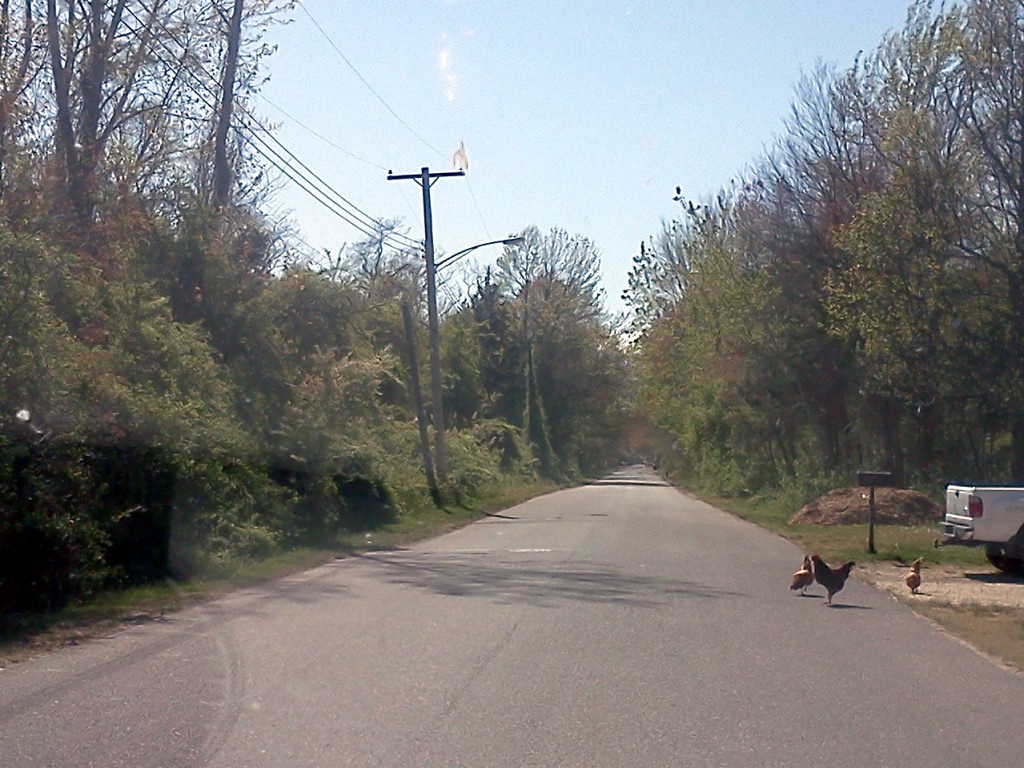 As I was driving around aimlessly I remembered that I didn’t remove the tape at the waterline. I called Trixie’s and they confirmed that yes, you’re supposed to remove it sooner rather than later. So I went back to the marina and completed the tape ceremony. 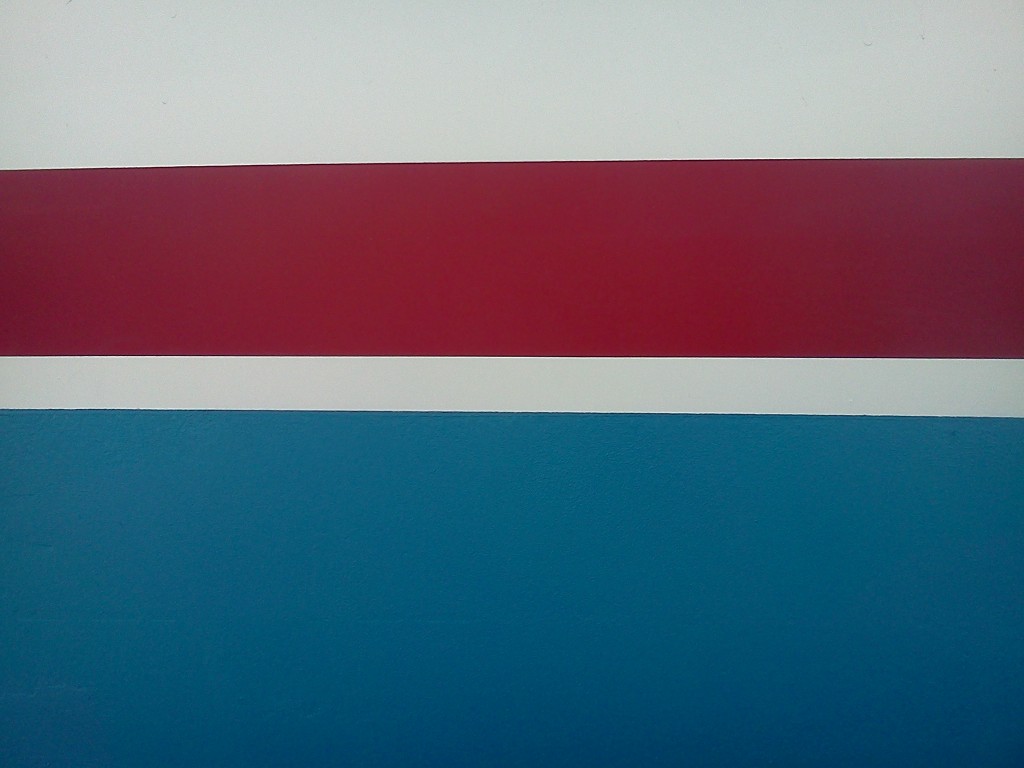 No, this is not the new flag of Luxembourg (although it’s very close). This is a close-up of the boot stripe (red) and the bottom paint (blue). The tape job came out pretty good for my first attempt. 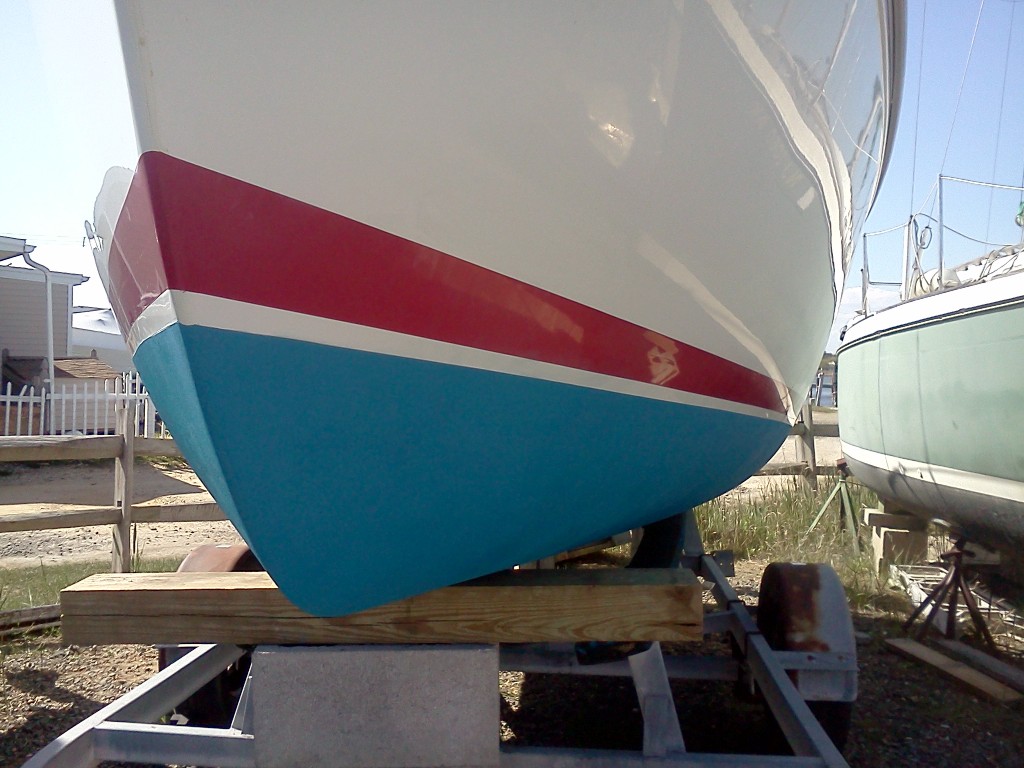 She’s looking really great to me. 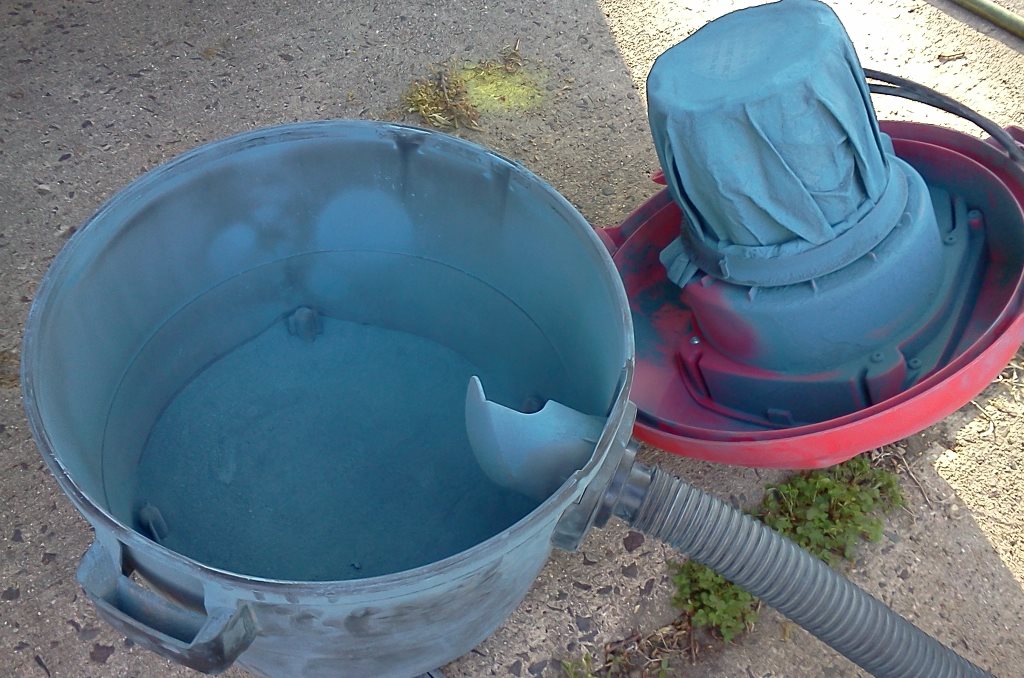 Back at home it was time to deal with all of the dust that I’d been collecting over the last several weeks (and carting around in my truck—I was half hoping it would be stolen so that I didn’t have to clean it, or could say when presented with a police lineup, “It’s the blue guy, officer.”) The dust is deeper than it looks. This is a 5 gallon shop vac, so I caught maybe a gallon of dust? If that’s the correct unit of dust measurement? And that’s not including what I got all over my face, hands, clothing, and what escaped in the mishap when the filter dislodged and I possibly blew a substantial amount of dust out the back of the vac.

Anyway, I believe we are go for sailing once this has dried for 16 to 24 hours. Cheers.