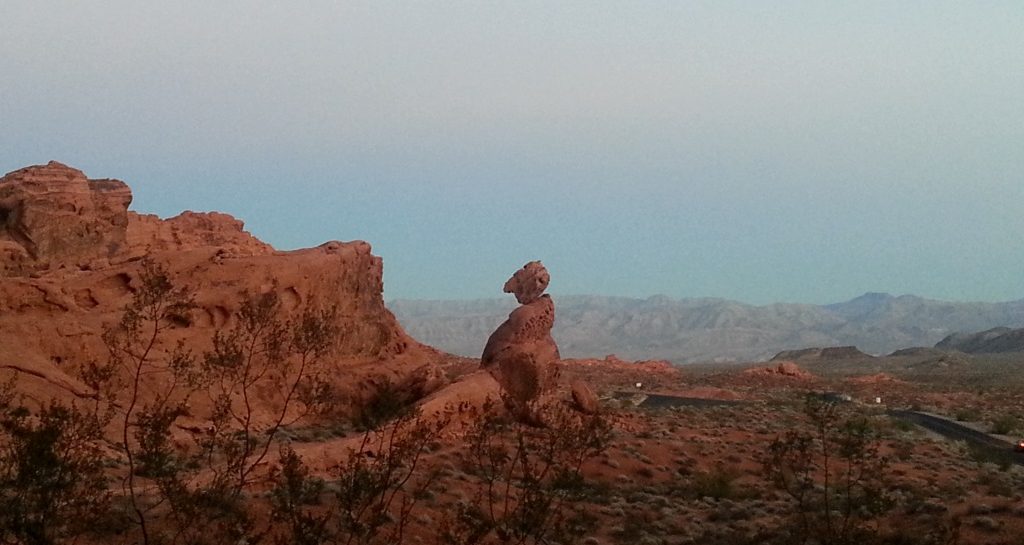 From this altitude, there’s no way that anyone could think these mountains were eternal.

They’re dust piles that don’t look like they’ll make it through the next decent rain, much less the next ten thousand years. I don’t know how they made it this far. As the ground approaches and I’m able to make out individual boulders and bushes, they seem no less fragile. If anything, the unsettling story of their constant, subtle erosion becomes more clear. The mountains eventually give way to flat desert, the desert becomes spotted with tile roofs and ruler-straight roads leading to tract housing, then to a gridded network of streets and apartment buildings and strip malls.

“Ladies and gentlemen, welcome to Las Vegas. The local time is 1:32pm and the temperature is 75 degrees. For your safety and comfort, we ask that you please remain seated with your seat belt fastened until the captain turns off the Fasten Seat Belt sign…”

I faintly recall a time before the snow, back when there were black roads that cars could drive upon and great flying machines collected at airports to take travelers to warm, alien lands.

Back in November I had to go to Las Vegas for work, and Jen came with me. I like Vegas in certain light dosages, but I was glad that we rented a car and got to spend some time out in the desert. We went to the Hoover Dam first and spent too much time there, which meant that by the time we got to Valley of Fire State Park the sun was already setting. That made the visit brief, but the lighting dramatic, and I thought it would be nice to think of something other than snow. 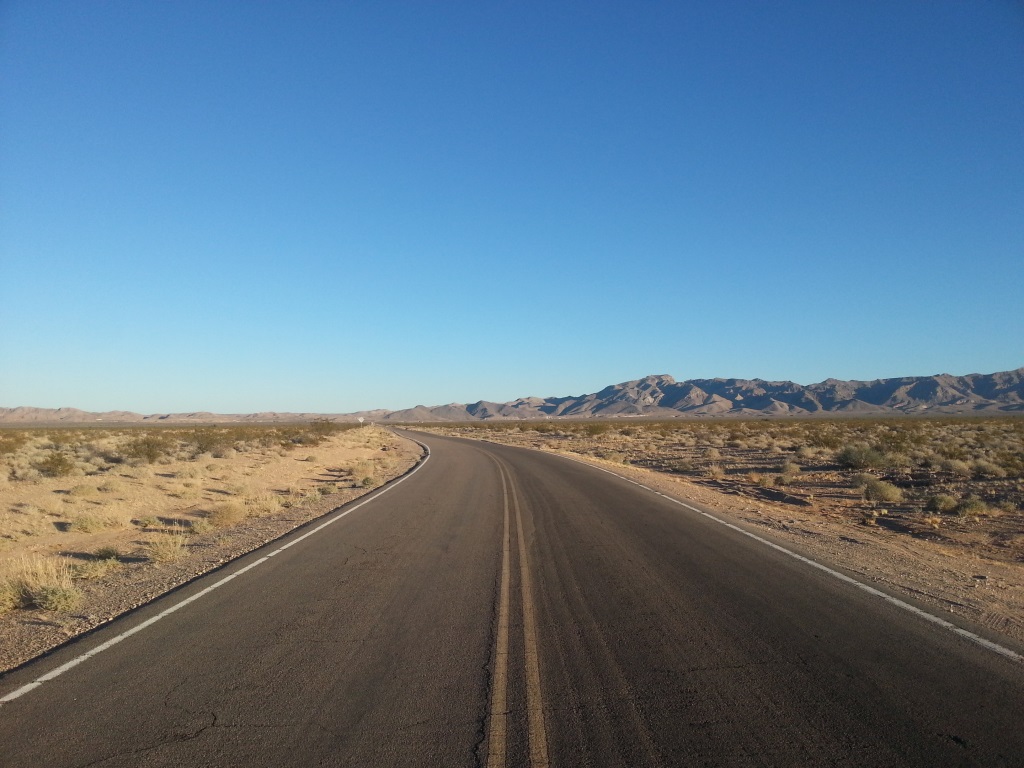 Before we even got to the park, we stopped just to get out of the car and experience the desert. It was hot and dry, as one might expect, but the most striking sensation was the silence. There was no noise. It’s hard to get that far away from a highway or a jet or some kind of racket in New Jersey. 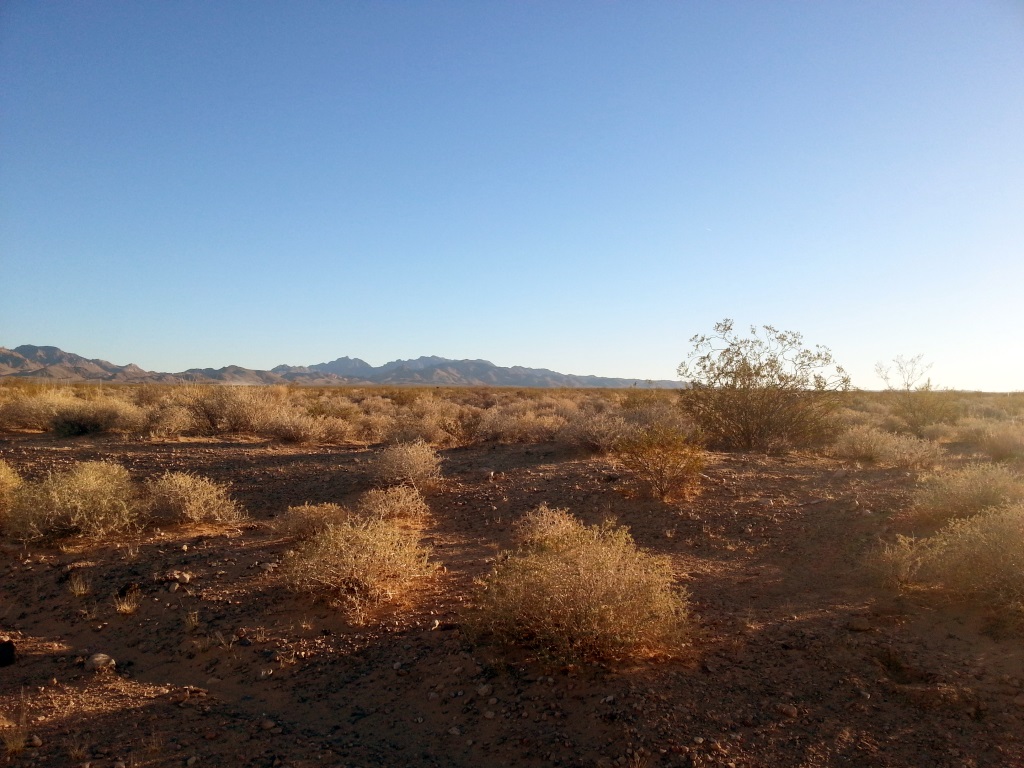 Beyond the sagebrush was the range of hills that protect the Valley of Fire from the outside. 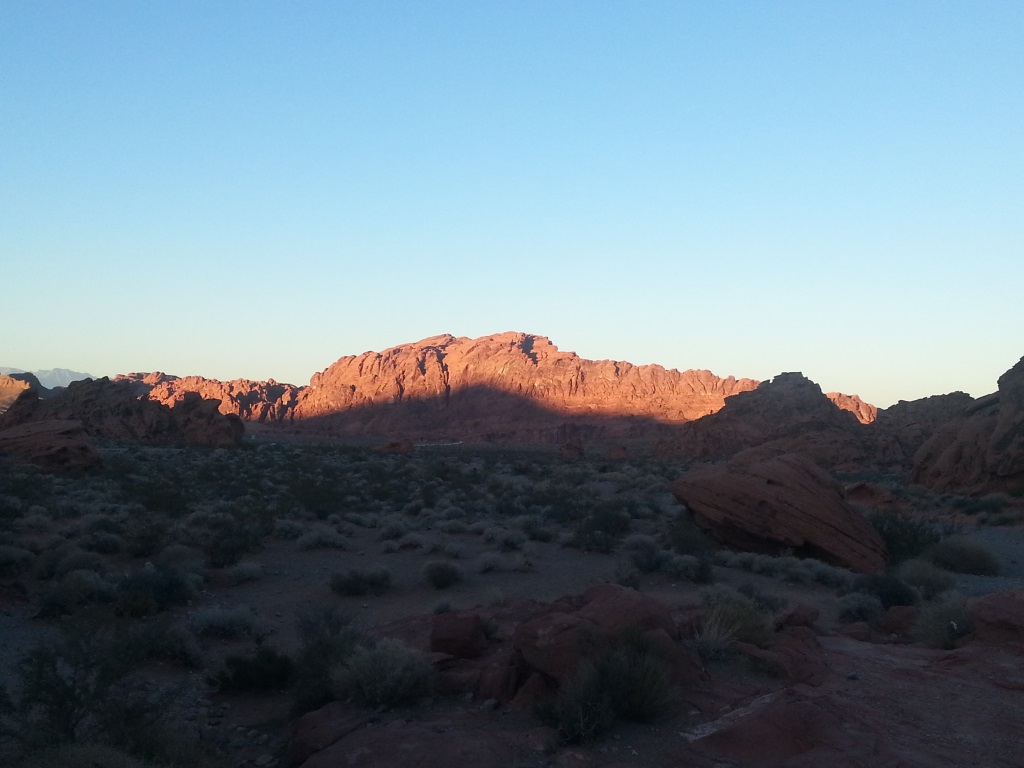 Inside the valley, one set of hills cast a shadow on the other as the sun was going down. 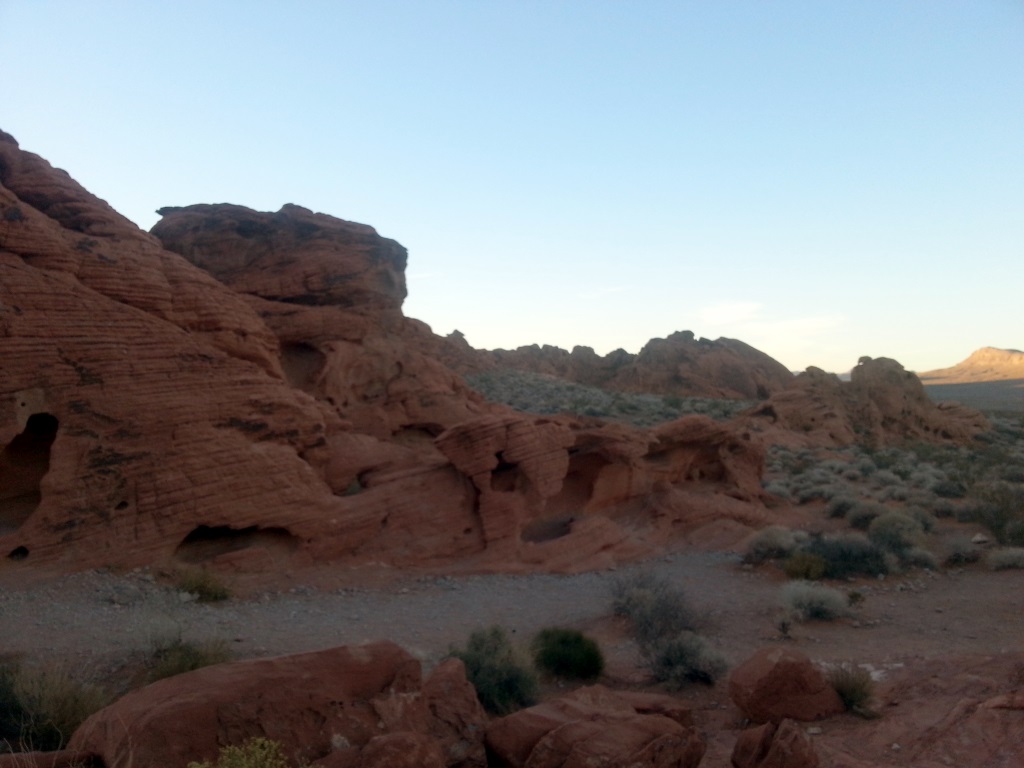 There were lots of odd craggy formations in the area known as “The Beehives.” 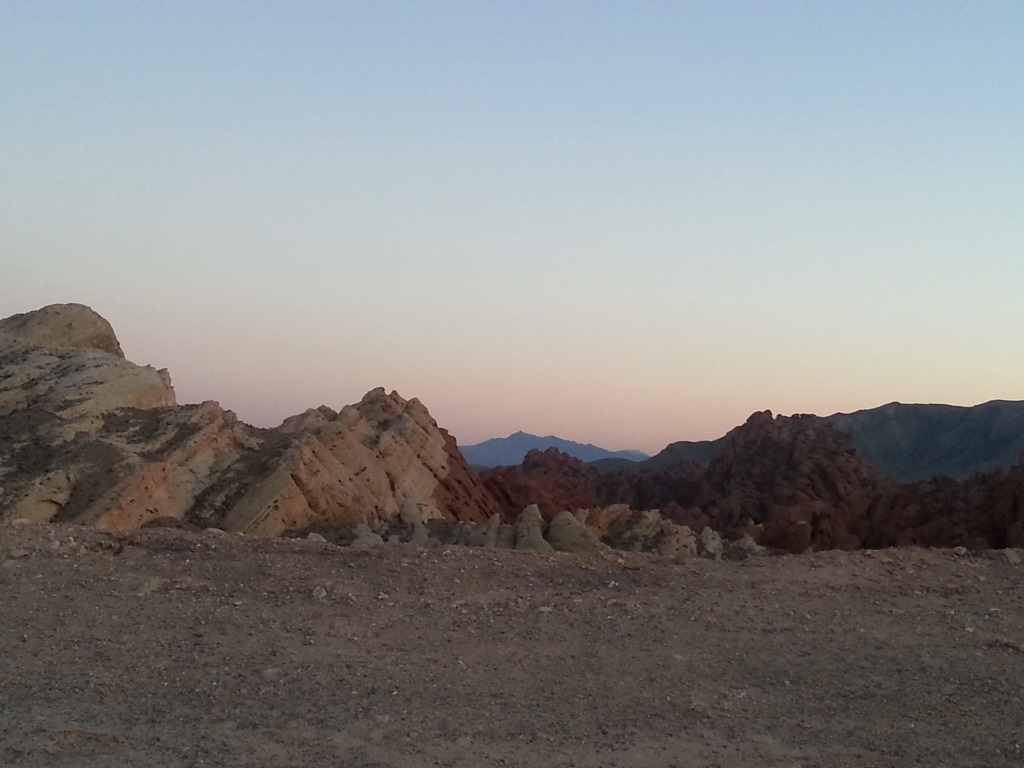 There were several places where the rusty red rock was directly next to white silica, sometimes set at odd angles. This place was made by very powerful forces. 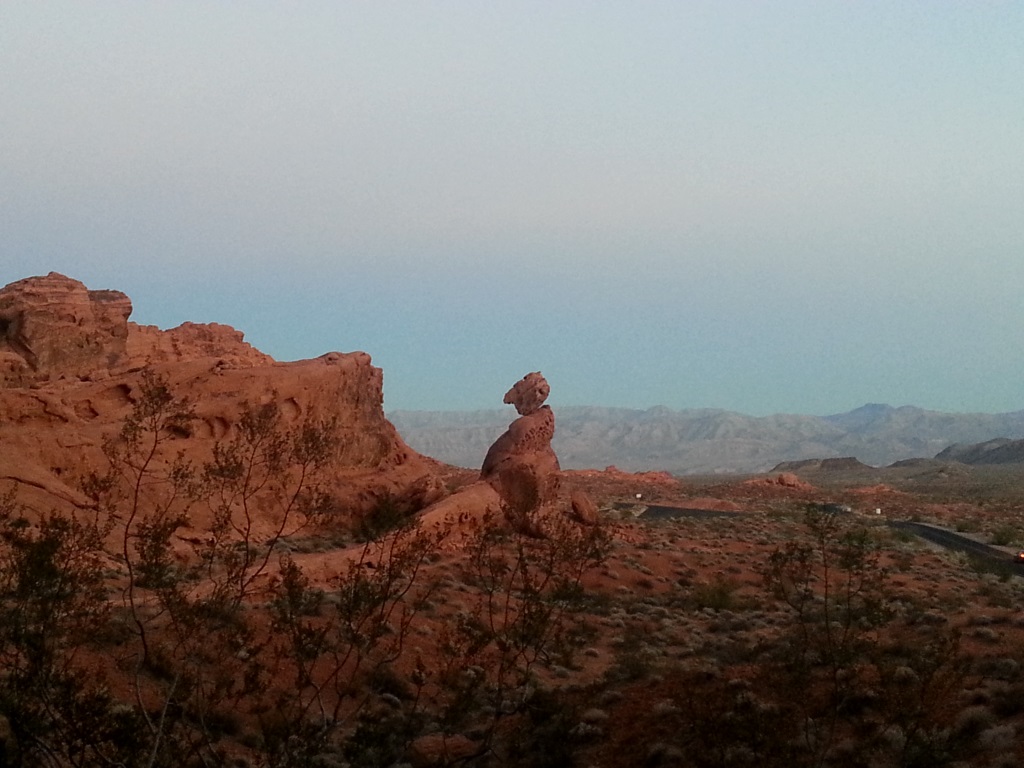 The creatively named “Balanced Rock.” On Fortuitous, we usually prefer Yacht Rock, but given that our boat was 1,910nm away, “balanced” was great. 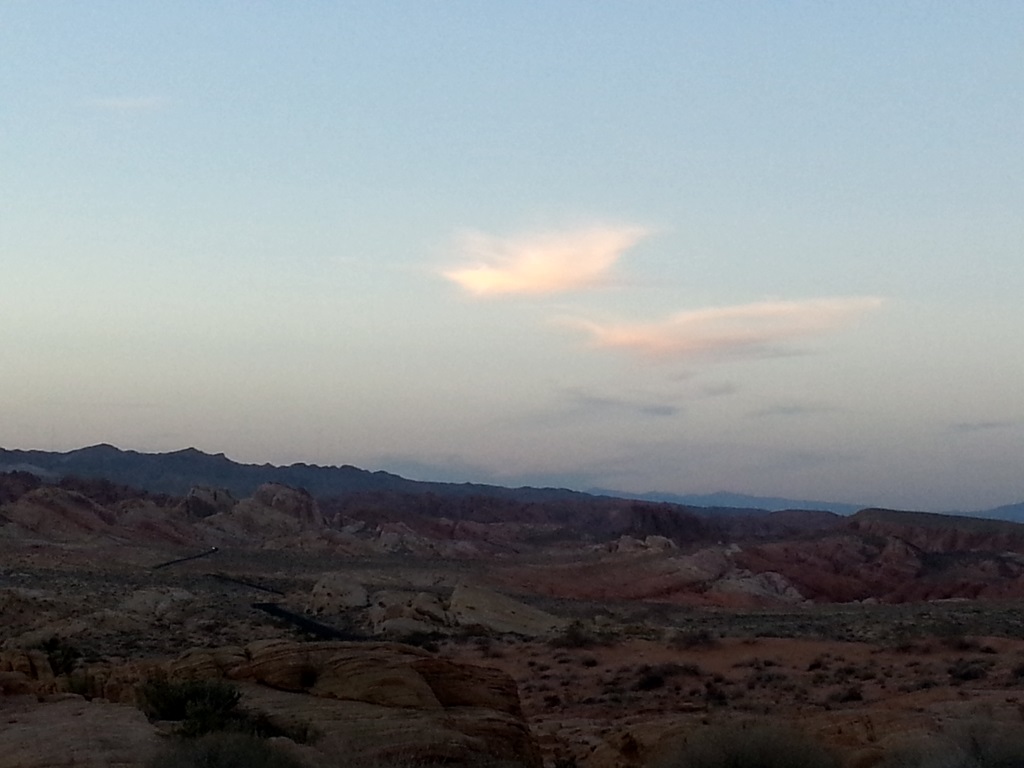 The Rainbow Vista, in the lingering twilight.