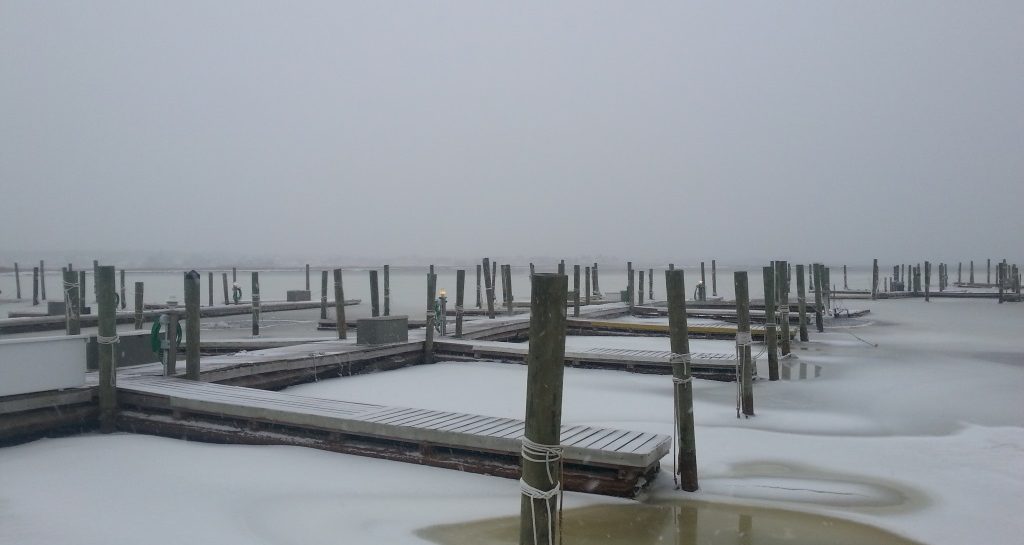 I thumbed through Ernest Shackleton’s account of his Antarctic expedition to seek inspiration for writing about endless expanses of snow and ice. His ship, Endurance, was captured by pack ice before he ever got a chance to try to walk across Antarctica, and he and his crew spent something like 18 months living on ice floes and uninhabited islands of the Southern Ocean. Apparently, flowery prose is difficult to force through an upper lip as stiff as Shackleton’s though. Hanging on in quiet desperation is the English way, and South! didn’t do a whole lot for ratcheting up my cold weather imagery, even though it’s certainly a compelling story. I think I would have liked to have read an account from Frank Worsley, the captain of the Endurance, since his nautical prowess got them out of all of the situations that Shackleton got them into. 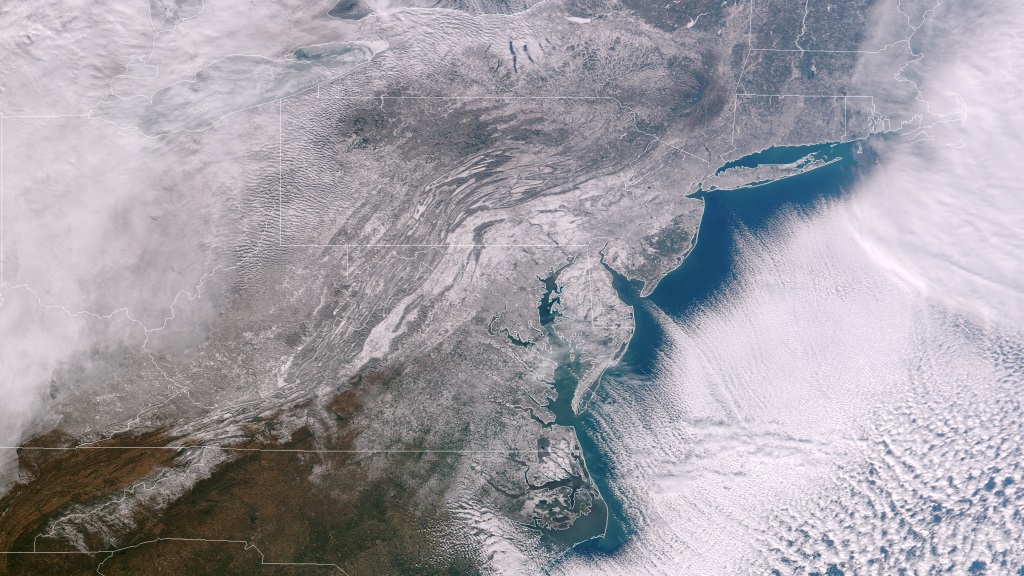 My story is far less fraught, obviously, but maybe I should also avoid writing at length about how annoying this bout of snow and sustained sub-freezing temperatures has been. I doubt it would even be that therapeutic. Just know that any hint of “Oh, look at the beautiful snow!” has long since been replaced with mumbled profanity and a sort of tedium with the weather that I didn’t know was possible before my sailing addiction.

It was snowing again when we checked on Fortuitous, although it can barely be seen in my photos. The marina is mostly under a thin skim of ice, except for a couple roiling cauldrons of liquid water above the bubblers. 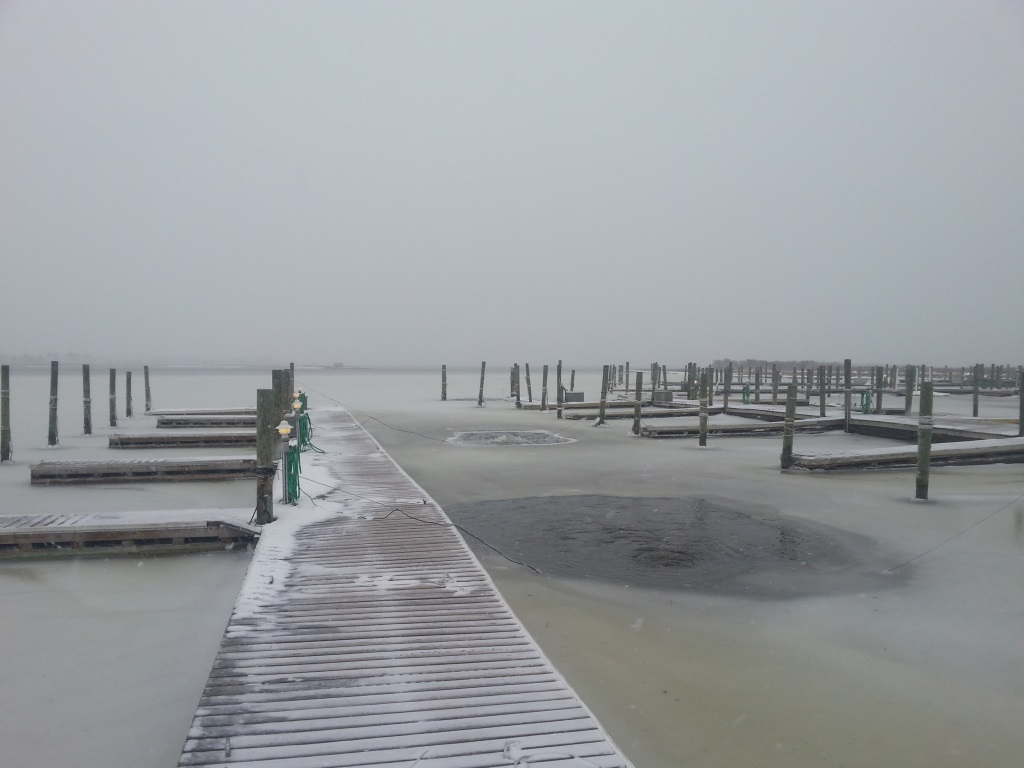 While “Capri on Ice” sounds like it could be a refreshing serving suggestion for a fruity malt beverage targeted toward college girls, I still have no idea what’s going on with the Capri 22 that’s been tied to the gas dock all winter. She’s now sitting on her keel with her bow in the ice. 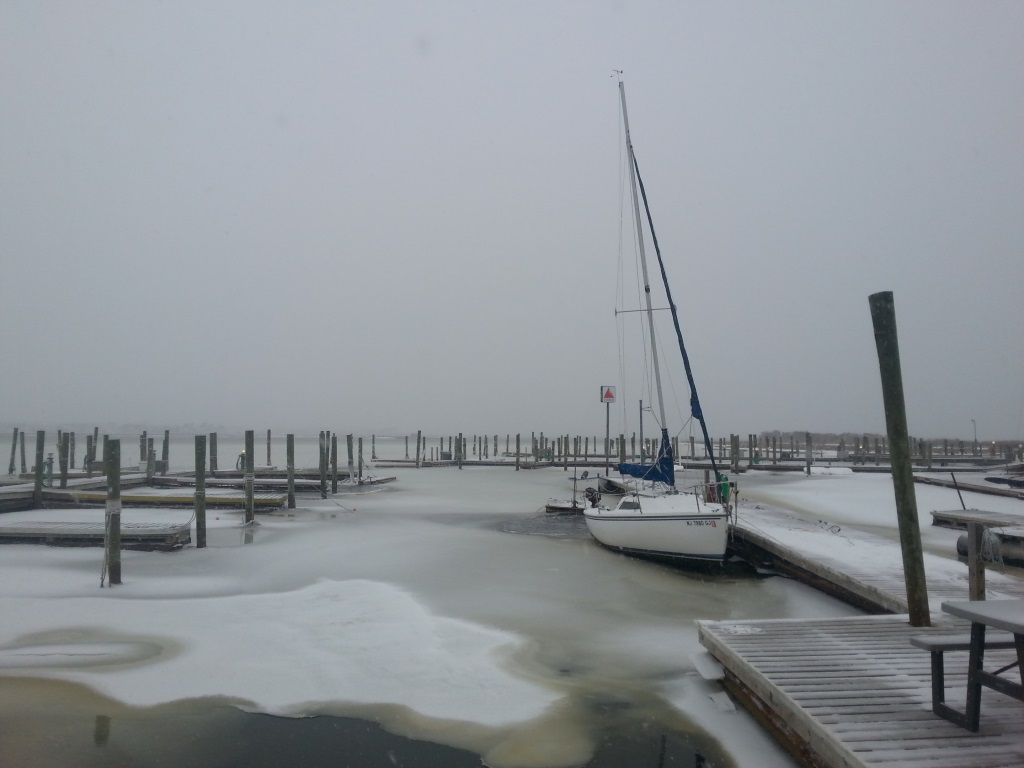 While my telephone’s camera didn’t pick up the falling snow all that well, I think the general vibe is there. 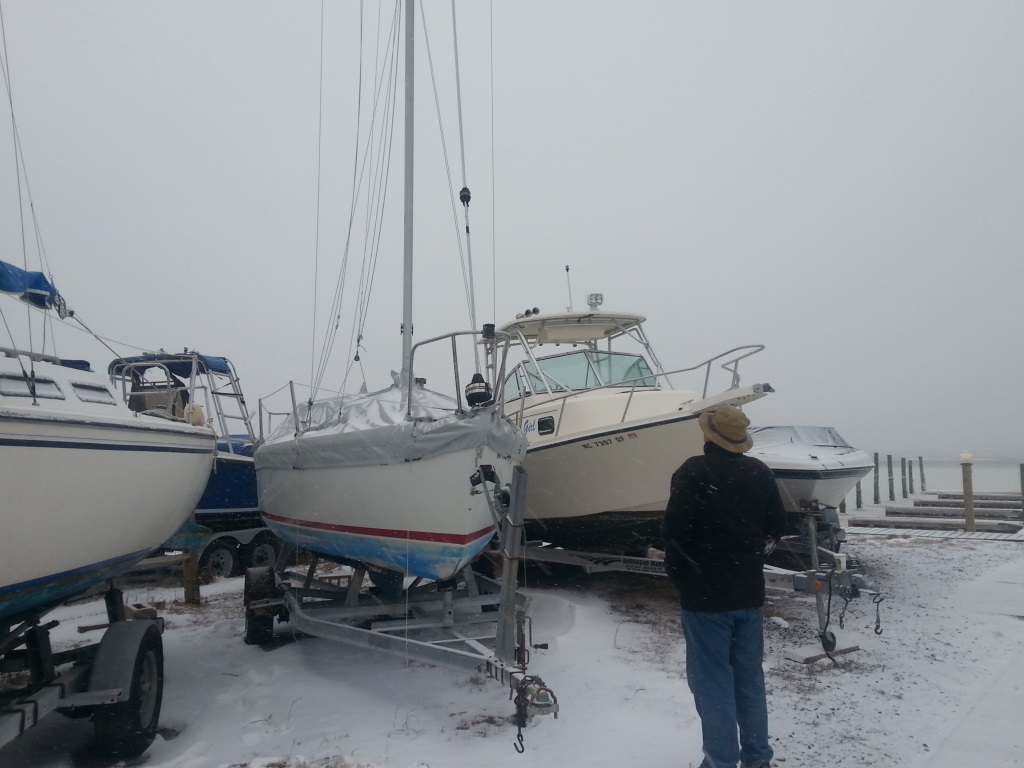 6 thoughts on “Winter is Stupid”