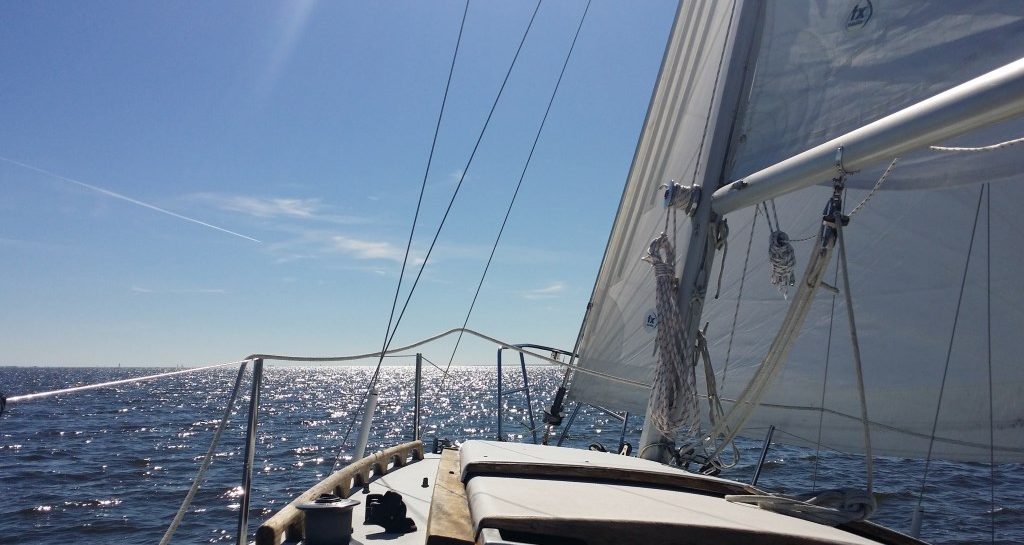 This is my favorite time of year to sail.

There were very few boats out there, and most of those were sailboats. The forecast of 4kts of wind was delightfully wrong, and we saw more like 10 or 12kts. One minor hitch was that the air temperature was right at that point where it was too cold for me to wear my fast pants, but too warm for me to wear my bibs. It was jeans weather, and I hate sailing in jeans.

The one and only time that I went skiing, I did it in jeans. We didn’t have things like “skiing pants” or “snow suits” or “appropriate attire,” not that I even considered it at the time. Whatever I lacked in equipment, however, paled to what I lacked in judgement, and my idiot high school brain also got talked into foregoing any sort of professional instruction in lieu of simply letting gravity take its course. As I rotated about my center of mass down the sheer cliff of ice, I distinctly recall actively trying to stop, or at least control, my descent by pushing against the frictionless surface with the full length of my jeans and novelty Sears Surplus gloves. Apparently, the exertion of trying to not cannonball through a pine tree was enough to heat my jeans to the point where the accumulated slush and packed ice melted, because on the chairlift ride back up, the 20ºF alpine wind froze them solid. When I got off of the chairlift, it was like I was wearing pants made of graham crackers, which then attempted to kill me via hypothermia.

I assume that my current distrust of wearing jeans while sailing is associated with this episode.

That said, the wind forecast was so benign and the temperature so up the middle, I went in jeans and a flannel. And they didn’t try to kill me.

We sailed down the bay on a couple long tacks with a couple short tacks to the east thrown in to keep us in deep water out of the main channel. We heaved-to at one point to adjust the outhaul since I’d left it all the way out, expecting lighter air. With the sail flatter, we continued on comfortably all the way to BI, where we turned around and cracked off toward Tices on a beam reach.

At some point, we encountered [what I believe was] a Morgan Out Island 30. I was watching him approach, waiting to see if he’d respect our starboard tack, but instead of ducking us, he turned dead downwind and went wing and wing. Not to be outdone, we jibed the jib and also went DDW. I think the skipper may have been single handing, and was probably just out for a casual sail, but by the time he waved to us I was already on the foredeck going for the whisker pole. I casually waved back and pushed our 135 way out past the racing-legal J measurement, which sent him scurrying to re-trim. Sadly, this may have been the one point of sail where an Out Island, with its little shoal keel, could give us any trouble, and all we could do was pace him. 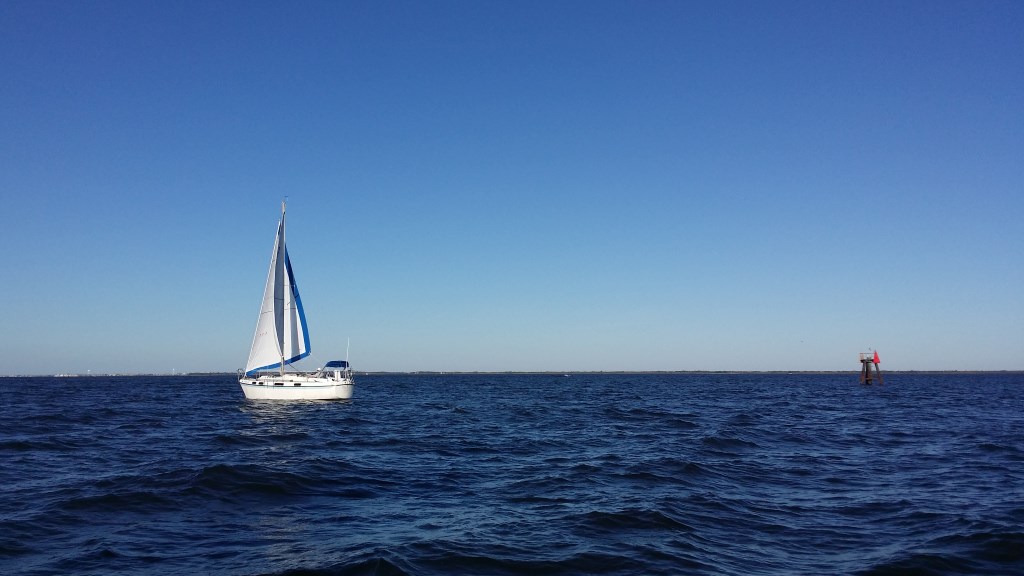 We sailed well past the creek in this pursuit and turned around at 39 to beat back. An O’Day 28 happened to also be going that way, apparently returning from Toms River, so we turned our sights on him. I don’t think he was really trying (and may have also been single handing) but a few tacks later and we’d switched from 10 boat lengths behind to 10 boat lengths ahead and sailed into the channel at Cedar Creek.

By the time we got back and got the boat put away, only the tops of the masts were still in the sunlight. 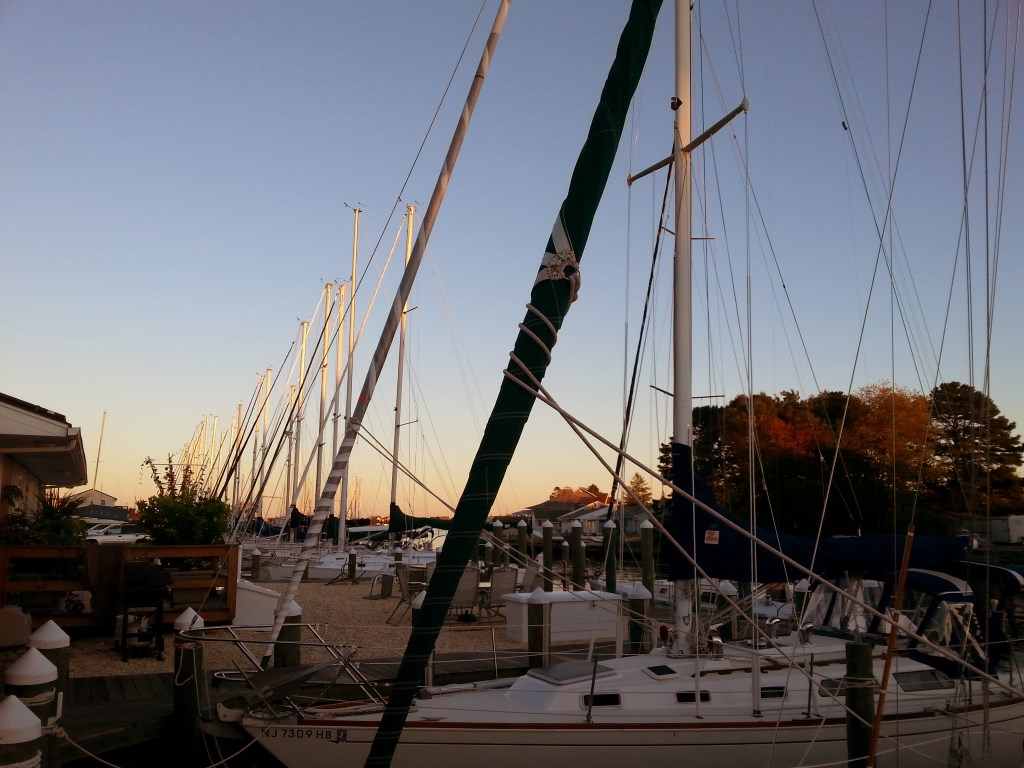 Sometimes these sails to nowhere are the best. There’s nothing like a few hours on water away from the noise and the stress and the nonsense to recalibrate. Hopefully the weather will cooperate and we’ll get a few more weeks of autumn sailing in before it gets to be that time.