What a crappy winter.

I can’t even find a consensus number on the amount of snow that we’ve had this year. I’m seeing numbers like 60 or 70 inches for areas within 30 miles of us, but I feel like I still have that much in my yard despite the fact that it’s kind of started to melt at this point.

After each storm, we dutifully got in my truck, put ‘er in four-wheel drive and drove to the shore, half expecting to see our boat flattened under a crushing pile of snow and ice, but we haven’t actually seen any snow on our boat yet. I guess that the location of the boatyard is such that when we get a nor’easter, the ridiculous 50 mile an hour winds don’t really allow the snow to settle or accumulate.

There was only one little line of snow that ran through the middle of the lot, which was in the wind shadow of a couple boats on the northern side of the yard. Nothing like the 30 inches we had at the house, and what they had was oddly windblown and stratified like the landscape of southern Utah.

I was able to get some better pictures in a slightly more protected area just up the street from the marina in the park. The Cedar Creek was pretty clear of ice, but the inlets on the windward side of the peninsula were packed. Not solid, but pretty dense chunks. Still, Fortuitous was no worse for wear due to the weather.

No, it was the the Hunter next to her that caused the problems.

Back in the fall, in our first nor’easter of the non-sailing season before it was cold enough to snow, the Hunter next to our boat lost its mast, which fell into our boat and dinged our mast pretty good. Our mast was down for the season, and when the shrouds on the the Hunter gave out, his mast fell and karate chopped ours, breaking in two over our boat. 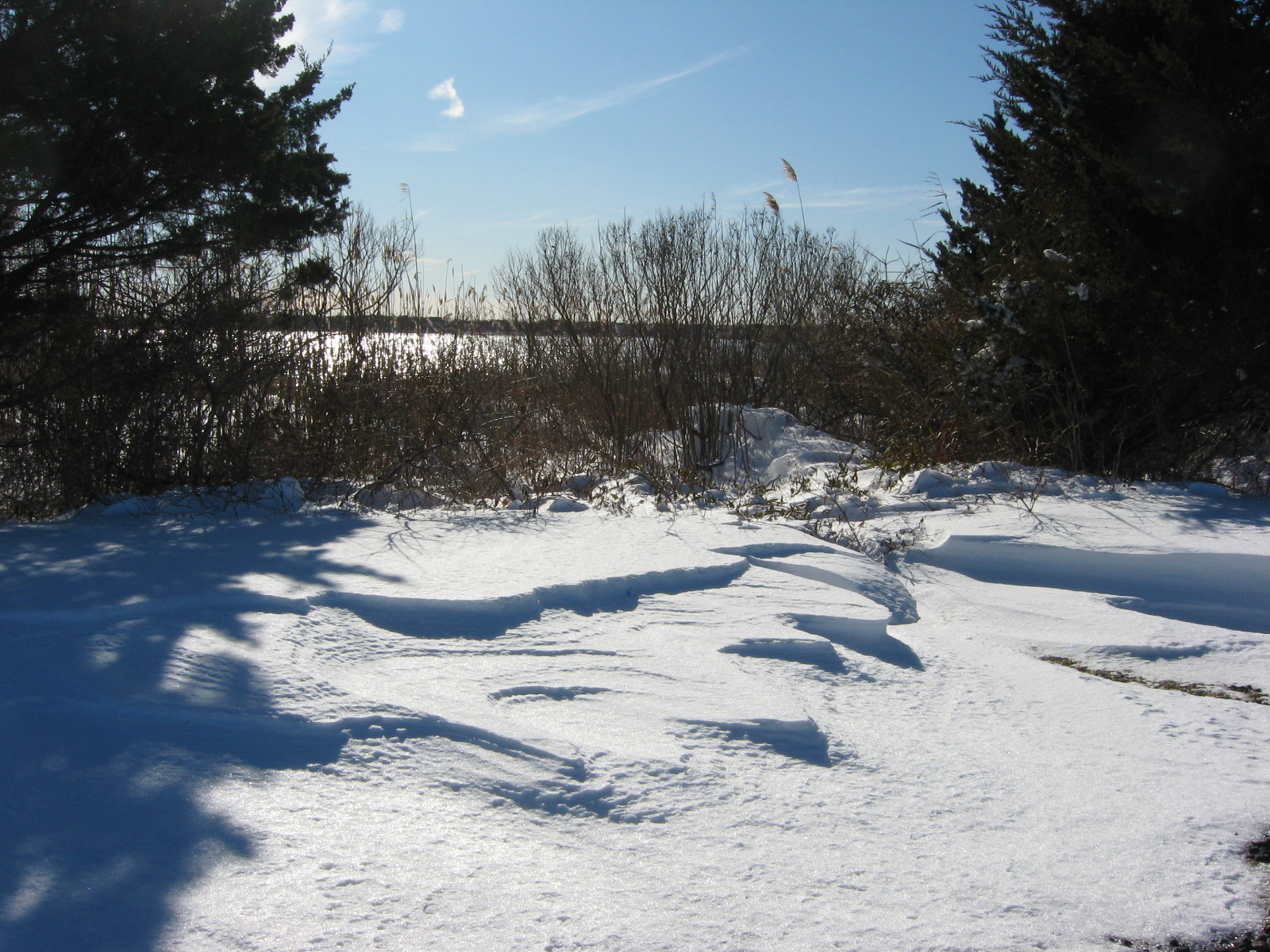 It’s been sad to go through the whole fall and winter knowing that it was kind of damaged, but we’re trying to be positive. It’s looking like it’s going to be covered by insurance, so we should be get a new mast and standing rigging out of it and it will give us a chance to have professional riggers raise and set up our mast for the 2010 sailing season. Last year, I just eyeballed it with the help of some merciful old salt who happened to be walking by, and I never really knew if it was right. I should have asked for a Loos Gauge for Christmas so I could have taken notes from a reasonable baseline.

The other good thing is that we might get to sail a little early, although if the groundhog was right, we’ll be doing so in long underpants.

Can’t wait to get back on the bay.