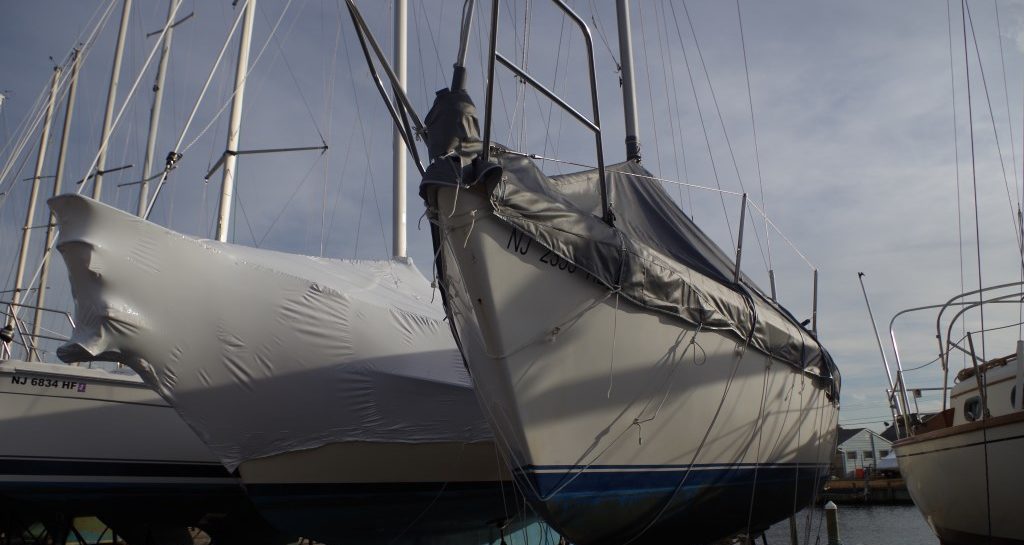 It’s been a while since I’ve made a log entry. Winter will do that.

Although it hasn’t really felt much like winter. Like a lot of America, our area has experienced one of the warmest Decembers in recorded history—by a large margin. Through December 27, Philadelphia was running 13.9° above normal with no days below normal according to my weather guy, Gary Szatkowski. It never quite felt like Christmas, and we didn’t even get our tree up until Christmas Eve.

I kind of resent winterizing the boat. We could have been sailing this whole time. As a sailor though, you’ve got to play the odds. We obviously haven’t had any snow, but we have had some serious rain (including an incredibly unusual thunderstorm) so I went down to check on Fortuitous to make sure that her cover was staying on and that the bilge and cockpit were dry. All was well.

I was glad to take the drive. I’d just learned that Jon Eisberg had suddenly passed away. I didn’t know Jon personally, but he was an active member of the sailing forums that I frequent and I learned a lot from him over the years. He was a delivery captain, a professional photographer, an excellent writer, and was extremely generous with his vast knowledge. He could be opinionated, but his opinions were derived from direct experience, and I always gave them a lot of credence. Jon lived it.

And he was the person who solved The Mystery of the Baltimore Shrimp Box.

After checking on Fortuitous, I decided to drive to Brick to take a look at the Metedeconk River, Jon’s home waters. We’ve passed through there a couple times by boat and keep saying that we’re going to explore the river more, but I don’t know much of it beyond what you can see from the southern end of the Point Pleasant Canal. I found a park and took some pictures. 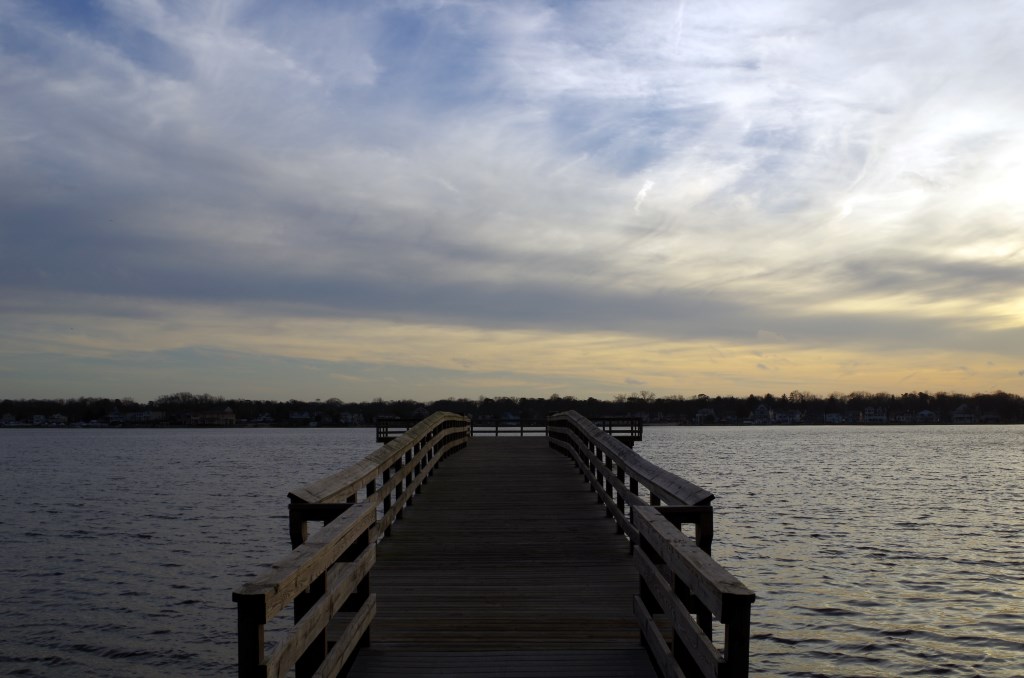 The following is an except from a piece that Jon published in Cruising World called The Winter Thaw, from March 4, 2002.

Thinking back on the trip after my lively evening ashore, there’d been only one drawback that I could see to the splendid isolation of a place like The Basin. With no lights ashore, there were no obvious bearings to take just before darkness fell, so I was denied one of my favorite shipboard routines upon arriving at a new anchorage. A mundane little ritual of the cruising life from which I never fail to draw an exquisite pleasure, it took me back to a night over 40 years ago.

From summer-boyhood bunk beds that my dad had built for Bud and me, we could see through our bedroom windows the flashing reds of two of the channel markers defining the route of the New Jersey Intracoastal Waterway through Barnegat Bay. As I lay awake one night, no doubt sleepless in anticipation of some waterborne adventure planned for the following day, my dad, as loving fathers tend to do, slipped quietly into our bedroom long after we should have been asleep. Checking to make sure I was nicely tucked into my bunk, he was probably a bit startled when I asked him about what I’d been fixated on for the previous hour or so: “Dad, how far is it to that red marker down off of Cattus Island?”

“Hmmm. That’s a good question. Let’s go on out to the kitchen table, and I’ll show you how to figure that out.” To the good-natured consternation of my mother, who would have set me up with a glass of warm milk, he pulled out a chart of Barnegat Bay, a set of parallel rules, and a pair of dividers. Well past my bedtime, my dad taught me for the first time the wondrous rudiments of navigation and dead reckoning. Thus was born my lifelong appreciation of “the sense of where you are” and the importance of getting one’s bearings. After climbing back up the rope ladder he’d made so Bud and I could get in and out of our bunks, I was, I’m sure, half asleep before he might have uttered, “Tomorrow, what do you say we pick up a couple of charts of Maine for you to practice on?”

Two decades later, those bunk beds were finally dismantled in the transformation of the bedroom of my youth into a 1980s-style home office. But I couldn’t bear the thought of parting with that rustic rope ladder my dad had fashioned from 3/4-inch manila three-strand and 15 solid slats of teak. I hoped I’d find a fitting use someday for something he’d so lovingly crafted with his own two hands. As one of the last truly tangible pieces of my father remaining to me nearly 40 years after he left this world, I suppose it was inevitable that his handiwork would find its way into Chancy’s lazarette before I headed off to Maine.

Sitting in her cockpit that evening after reaching The Basin, the meaning and purpose of that simple rope ladder became clear to me at last. With the same startled surprise with which I’d finally recognized Mount Washington early that morning, I fished it out of the cockpit locker and cut off one of the steps. With the solemnity and purpose of one scattering a beloveds ashes, I let that first rung slip over the side, and I watched as the ripples spread out over the mirror that was the surface of The Basin. A small part of my father had finally made it under sail in a small boat to the sort of place he’d always dreamt of being. For a man who’d always put others first and who had shouldered his responsibilities so honorably throughout his life, a minuscule but very meaningful part of his soul was now free to drift wherever wind and tide conspired to take him.

Fourteen rungs of his creation remain to be cast adrift in places I’ve yet to see and know my father deserved to see as well. Uncommon places, off the beaten track, ones as simple and elegant as the man himself. Perhaps the Lofoten islands someday, or Pitcairn. Niue and St. Helena are definite maybes, and New Zealand’s Milford Sound is awfully high on my list, as are the Chagos Archipelago and the Skeleton Coast of Namibia. Cape Horn and South Georgia are my own personal Everests, but we’ll have to wait and see whether I ever manage to attain those. Diamond Shoals off Hatteras should be in the cards, and, of course, I’ll have to set one rung aside for that eventual day when I’ll have seen about as much of the world under sail as I’m going to see.

That last rung I’ll save for the shallow, brackish waters of Barnegat Bay, somewhere in the vicinity of that red flasher near Cattus Island. 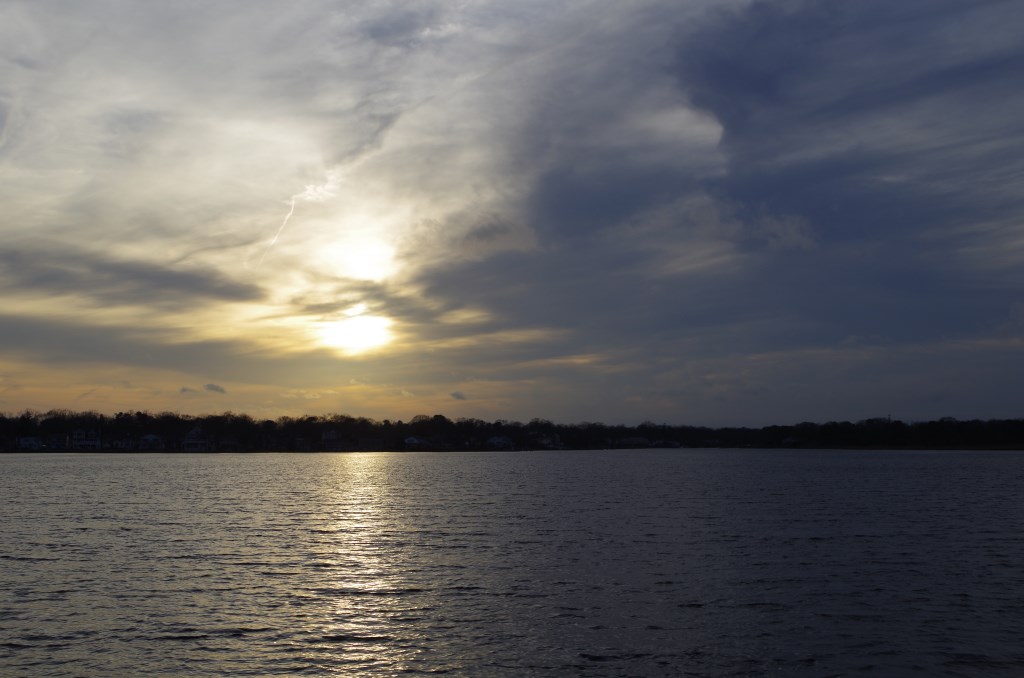 2 thoughts on “The Winter Thaw”