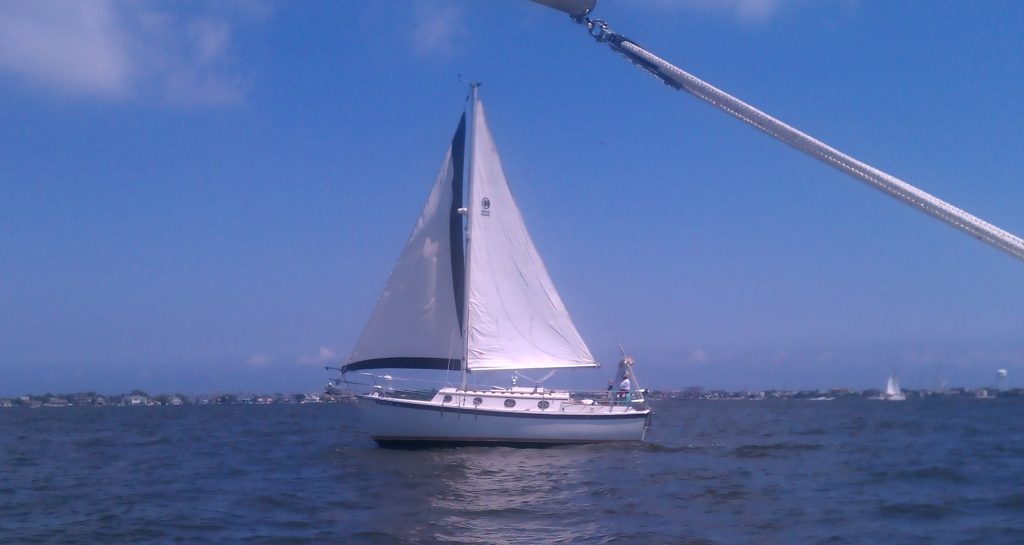 We hadn’t been to the Toms River yet this year, so we decided to wander over and see what was shakin’. Toms River is just one creek north of us so it’s a short sail, but it’s different enough over there that you can actually feel like you’ve gone somewhere.

The wind was from the south, which made getting there pretty easy (but threatened to make getting back a pain if a sea breeze didn’t fill in). We were on a very broad reach sailing toward 38 and then headed up a bit as we turned to go around Good Luck Point. I spotted a shoal draft Com-Pac 27 approaching from the shallows south of the channel.

Avid readers may recall that on our way home from Myers Hole we STRAIGHT-UP PASSED a Catalina 320 [that may not have been flying a jib]. Our Catalina 22 is not known for its blazing speed, so it’s exciting when we’re faster than anything. On this sail, we weren’t really in racing mode and were more interested in a quiet cruise up the river, but this Com-Pac ahead of us wasn’t going very fast and by the time we got to marker 36, which denotes a sharp bend in the channel, we were right on their stern. They politely motioned to us that they were going to jibe to make the turn, and we motioned our understanding. As an aside, I have no idea what the proper hand signals are for this—as far as I know, there are none. I may have understood two short blasts from their horn as “I’m turning to port,” but I learned that as a way to signal intentions when two boats are approaching each other head-on (and pretty much no one does this). In this case they simply got our attention and gestured to the left, and I did the same and gave a thumbs up, which seemed to work.

We gave them room to maneuver, executed our own jibe, and then proceeded to SAIL PAST THEM LIKE THEY WERE STOPPED. Here is a photo of them (with a headsail) just as we came even. This is pretty exciting stuff for slow boat sailors. 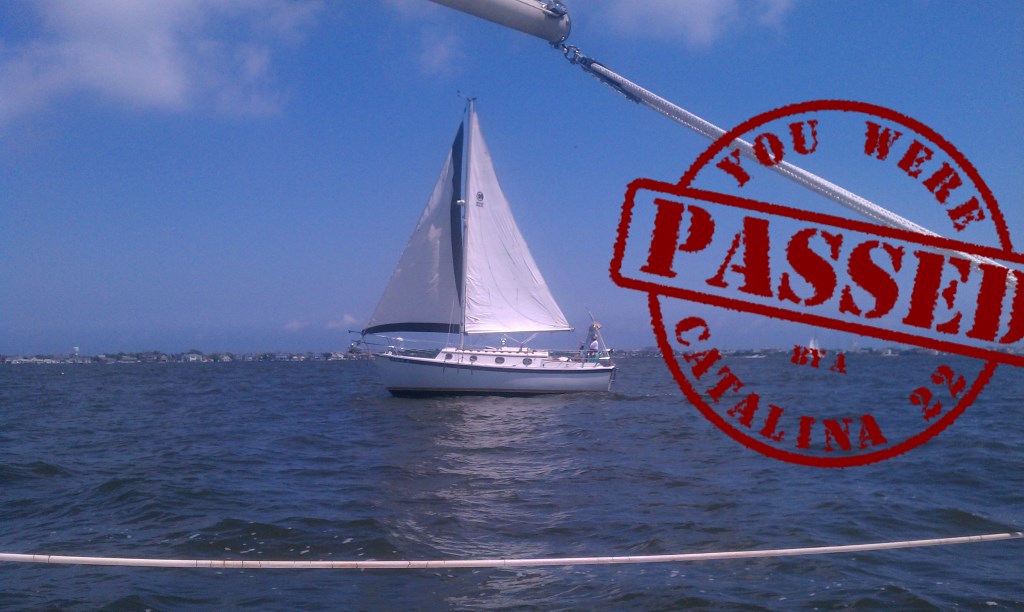 We only had a chance to get 10 or 12 boat lengths ahead before it was time to ease into the crowded river. Crowded might be too negative a word…it was more “busy.” We almost felt like we were in Newport or Annapolis or some real sailing nexus as sailboats crisscrossed from shore to shore. Lots of Flying Scots and catboats passed us, heading out to courses that were set throughout the mouth of the river. We sailed past small cliffs and victorian homes, and although we’d been there a bunch of times, really appreciated how different it feels in there. 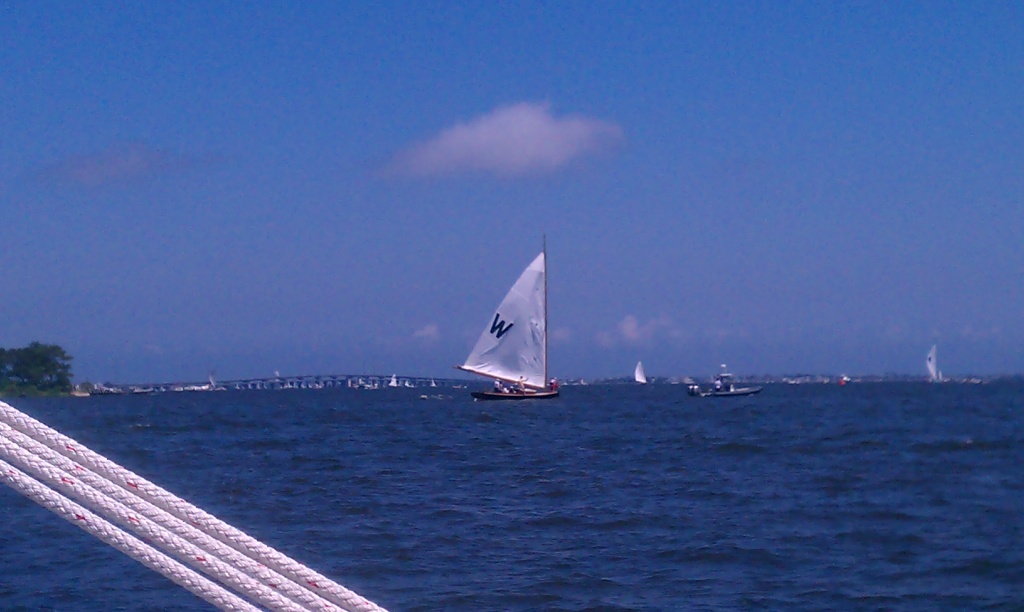 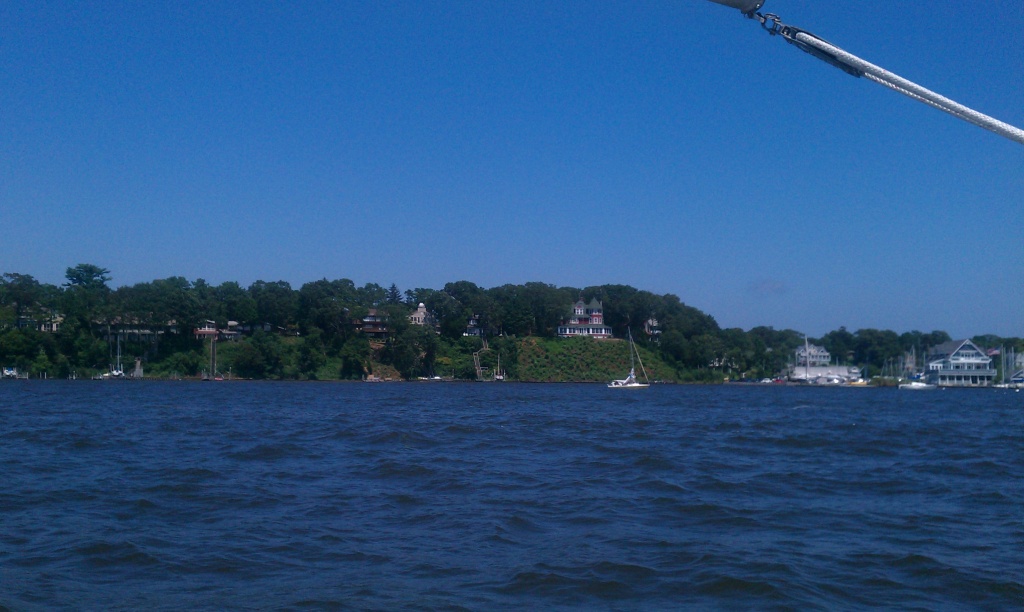 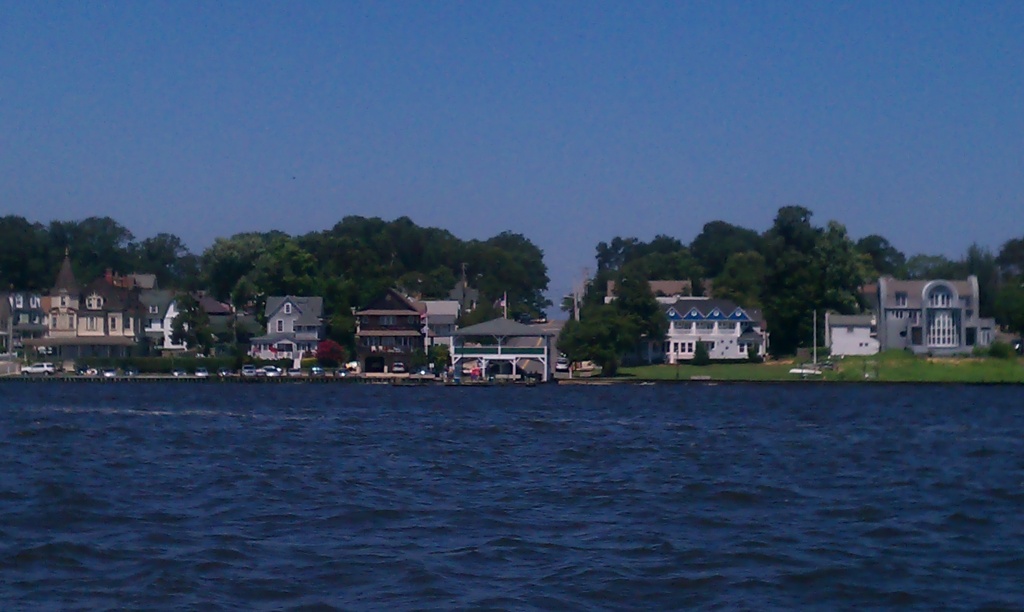 We sailed all the way to end of the fat part of the river and then started working our way back. The wind was starting to shift around to the east, and after 4 or 5 tacks we decided to motor out. I hoped that the sea breeze would mean that we could at least sail back once we got around the point, but that wasn’t to be either. We played with several sail configurations, but with the wind on our nose and building, it would have taken a while to get back to the marina. We had plans for the evening, and wound up motoring most of the way back, but I was glad that we got out on the water.