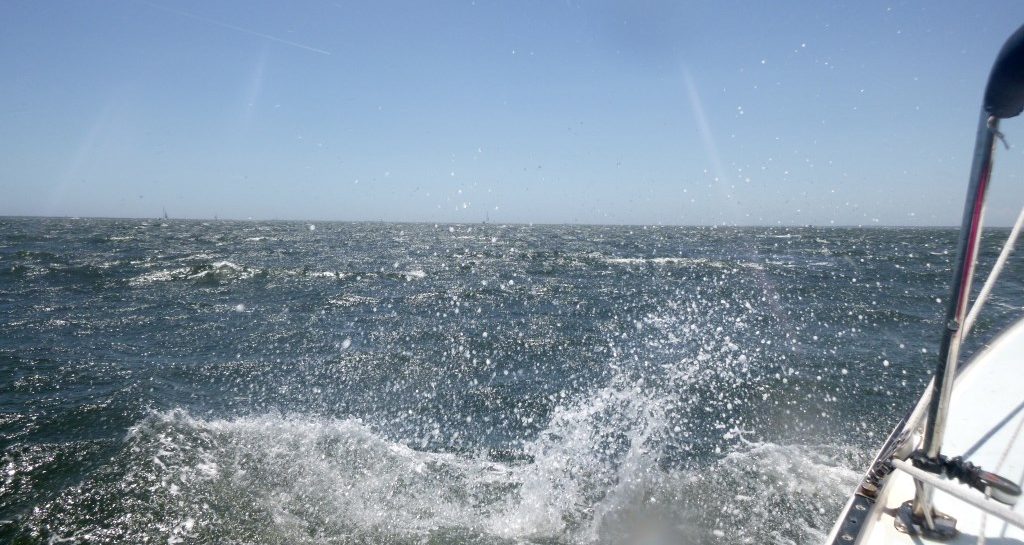 In the wake of a tough spring commissioning, it almost feels like a letdown to not have some twisted-up maintenance debacle to write about. But history notwithstanding, sometimes we do get it right.

Our disorientation began when we left the house without a pallet of tools, a coil of bilge hose, and five of Jen’s Technicolor bags of supplies. We felt unprepared, even though there was nothing in particular for which to prepare. Once we got to the marina, I prepped the boat at a leisurely pace while Jen chatted with Windjammers at the dock.

The water was still low—probably more a factor of our near-drought conditions than the wind direction—but not enough to be worrisome with our draft. We followed our sister ship, Dawn Treader, out of the marina.

As we motored out the creek and became more exposed to the southwesterly wind, we realized that we needed to reef. The reefing lines weren’t rigged, so Jen took the helm while I scurried around the boat to tuck in this season’s first reef. By the time we got to the mouth of the creek, I was glad that we hadn’t delayed any further…it was rough out there. 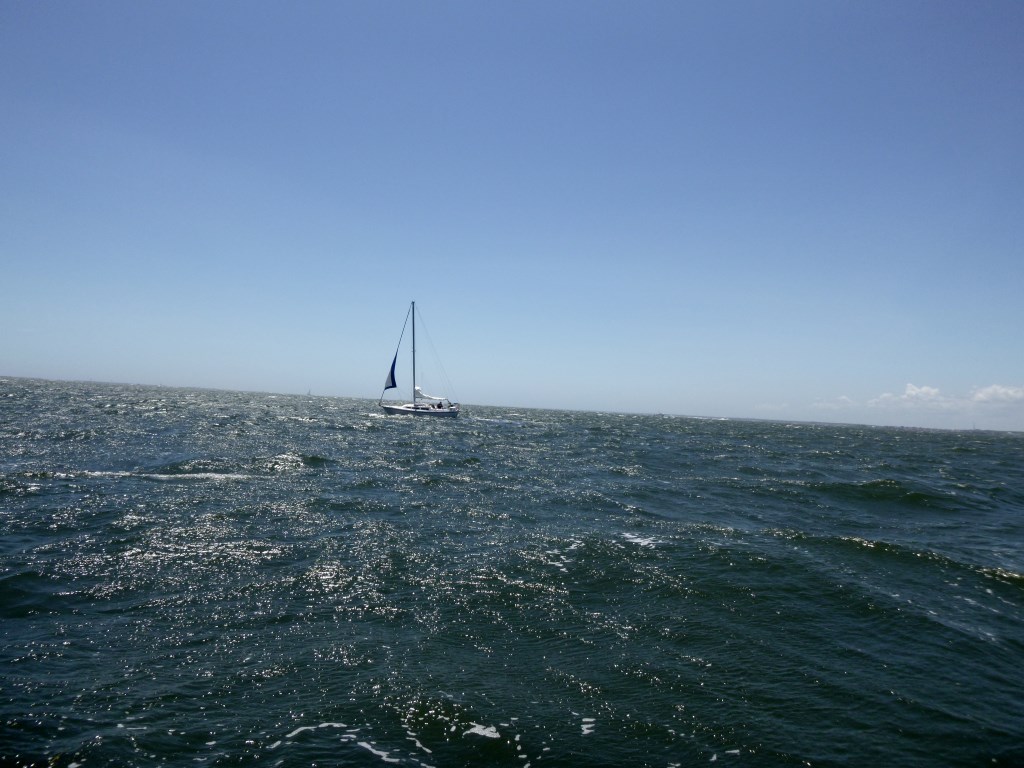 The Dawn Treader looked very small off our starboard bow, even though she’s a Catalina 27 just like Fortuitous. She seemed to be laboring in the steep chop under a tiny scrap of jib. If I’m going to sail with only one sail, I’ll always take the main over the jib for some reason, and in this case it proved faster as we soon caught up to them. They came about and took off downwind with a good bit of speed as we continued to claw our way upwind with no particular destination in mind.

The wind and waves continued to build, with unmitigated fetch to the south.

The conditions might have been on the edge of what we could stand with our previous boat, but this Fortuitous ate it up and we were comfortable (even though we somehow wound up with seaweed on deck). After a few more tacks we turned downwind and had a nice long series of broad reaches toward Good Luck Point. It was gusty and the waves on the quarter required constant attention on the tiller, but we made good time up the mostly empty bay. I love it when it’s a little too rough for the fair-weather boaters to be out. 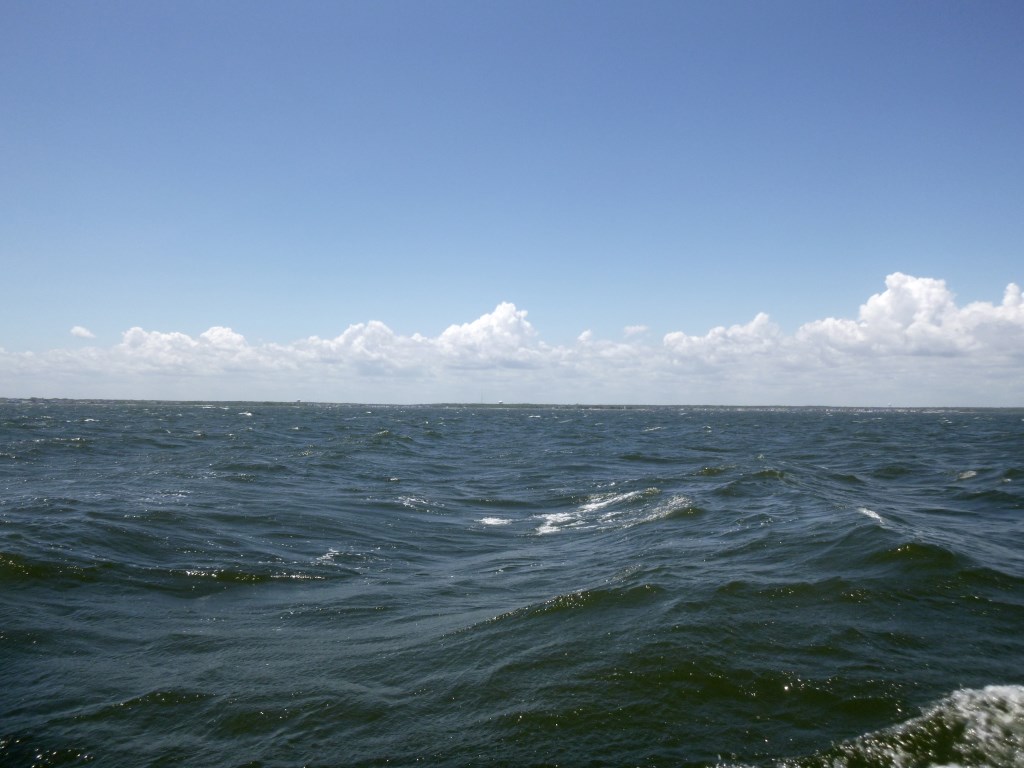 We threw in a couple chicken jibes to stay in the wide part of the bay without having to stress about jibing properly in those conditions. Our burgee became furled in the process. 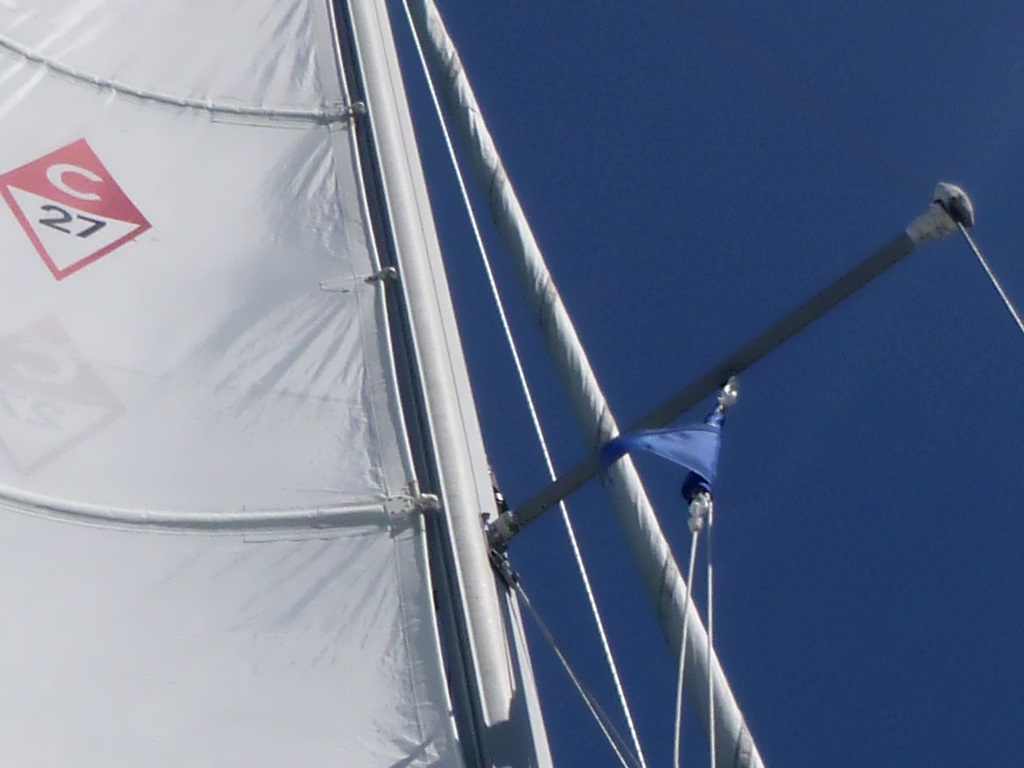 When we got to Ocean Gate, we turned upwind again and started casually beating back toward Cedar Creek.

In the creek, we fell into line between Wild Cat and Lorelei to run the channel. I’m not certain of the protocol when another boat is following you toward your slip, but the wind had picked up sufficiently by the time we returned that it was gusty in the marina. I wasn’t about win the Dillon Dock Meter award (see the Awards tab here) by ramming the slip with a strong tailwind, so we crept down the fairway as usual and docked without much fuss.

Sometimes it’s refreshing to not have a Homeric tale of adventure. Jen and I enjoyed a surprisingly relaxing sail, given the somewhat blustery conditions. In the apocryphal words of Sigmund Freud, sometimes a daysail is just a daysail.

2 thoughts on “Return to Normalcy”