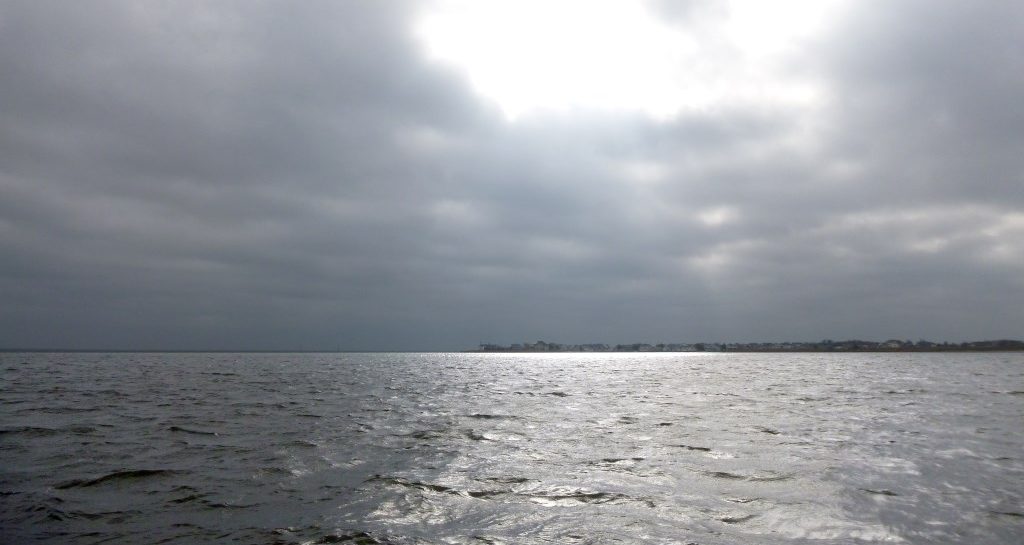 You can’t count on too many days over 70 degrees in November, and when you get one, you’ve got to sail.

Jen and I took off work on Friday to take advantage of the weather. It was blustery, and colder on the water than the ambient temperature would imply, but we were properly dressed and had reefed down before leaving the dock. There was no one out there, and we were free to roam.

With the wind from the southwest, we could have sailed out of the marina, but thought better of it at the last minute, not wanting to turn around in close quarters or try a downwind hoist in decent wind. We did raise the main as soon as we were past the shallowest part of the creek (the water was quite low) and sailed most of the way out. When we got to the end of the channel, we found that someone had dragged the buoy, making a channel about 6ft wide. I was just happy that the seasonal marks are still out there, and we made a guess as to where the channel should have been. 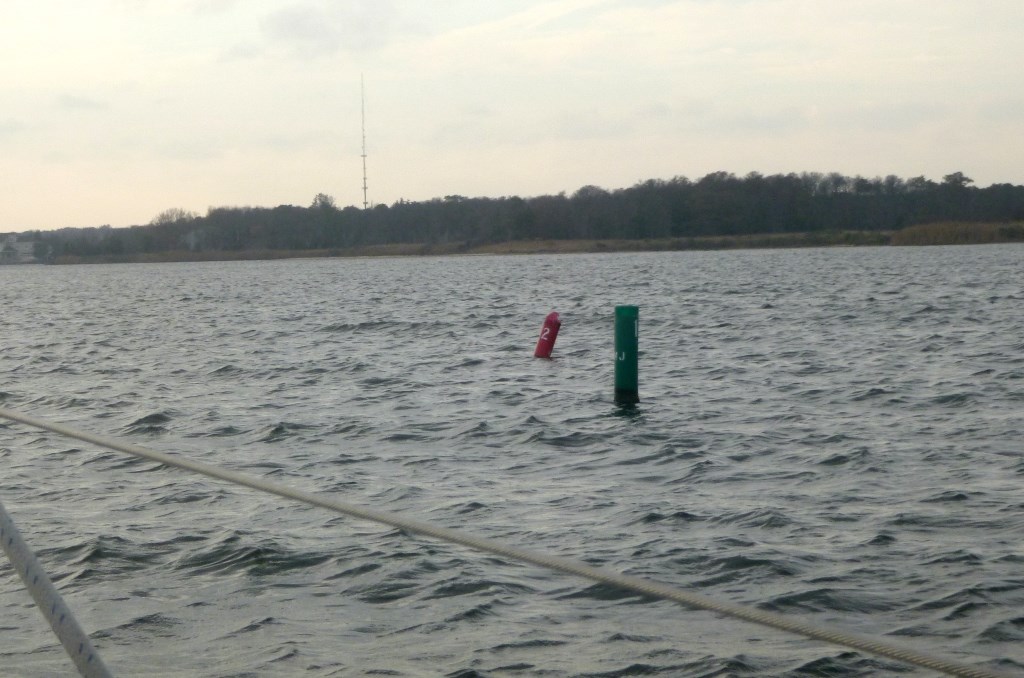 Perhaps the most interesting thing to me was the November sky. I don’t know what weather pattern brought us these unseasonably warm temperatures, but the clouds evolved dramatically throughout the day. When we left, there was a thin, textured overcast, which slowly broke up and allowed sunlight to stream through in spots.

It was noticeably warmer when we were in a sunbeam, and those moments brought about conflicting scenes in which our sails, wet with spray, were glistening in the sunlight while everything around us looked gloomy. This has got to be a metaphor for something. Or everything. 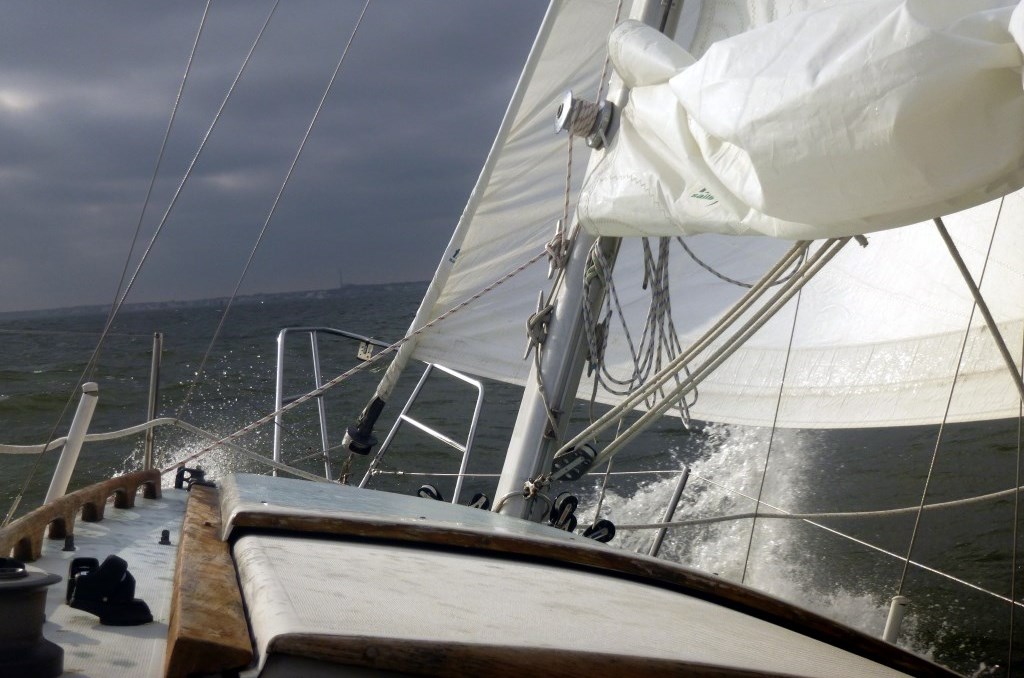 The denser cover moved off and revealed several layers of clouds, moving in different directions from each other. 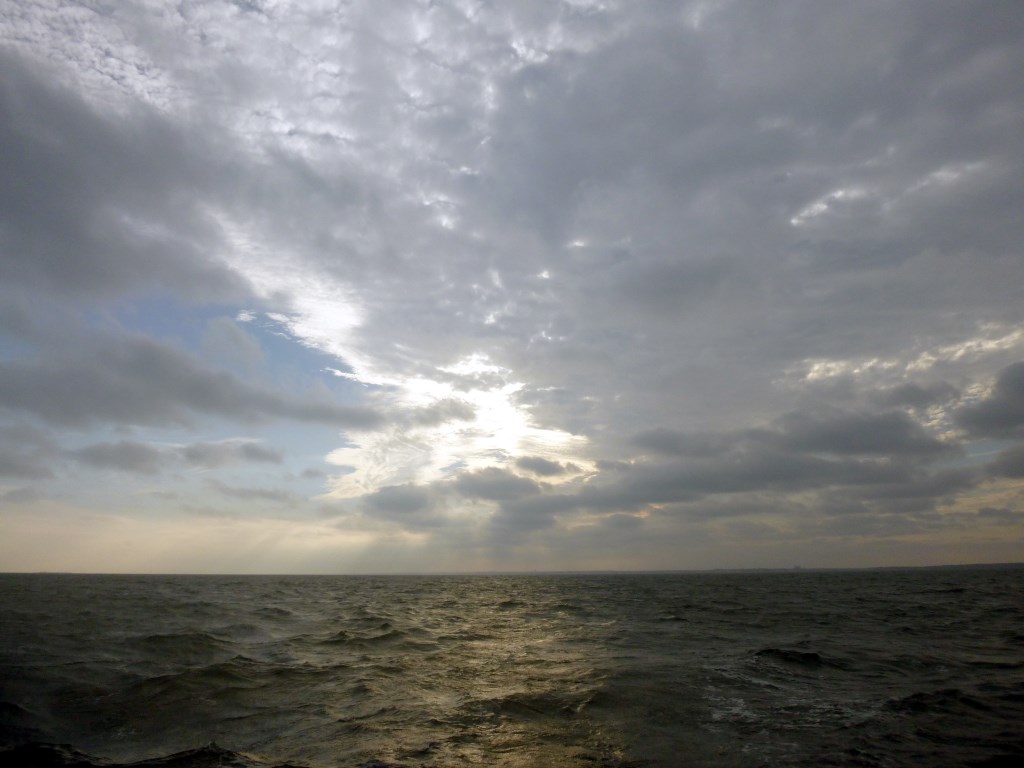 We beat all the way to BB before turning around and running back, hitting consistent 6’s without trying that hard.

Subtle pastels of twilight began even when the sun was still 15 or 20° above the horizon. 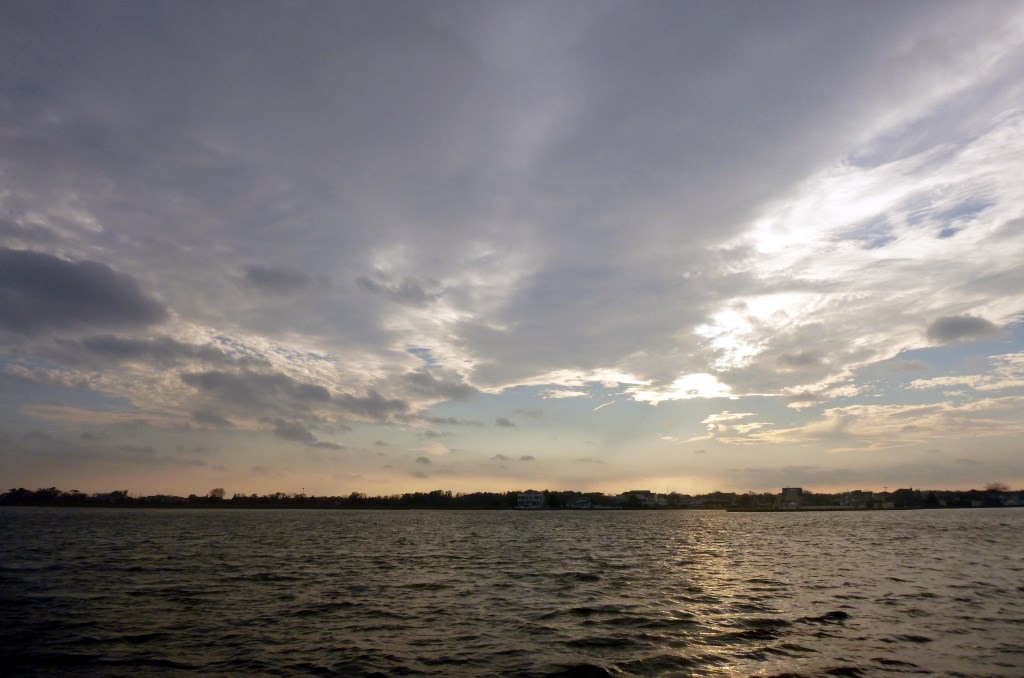 It gets dark early this time of year, so we headed in around 1600 to allow ourselves time to unload some non-essential things from the boat. We’re not quite packing it in yet, but the end of the season is looming. While we were in the creek, I noticed that the fall foliage is already past prime—which made for a poignant pile of foliage at the end of the docks. 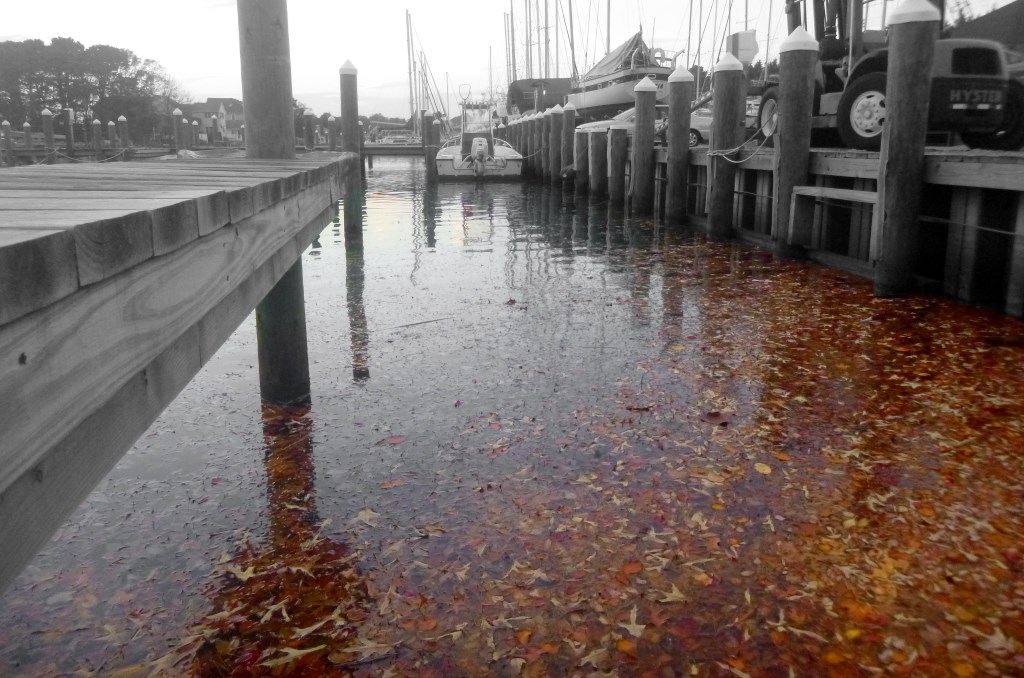 As we packed the truck in the waning light, the sky continued to change. Odd little altocumulus clouds appeared over the masts in our marina, tinged with amber from the setting sun. 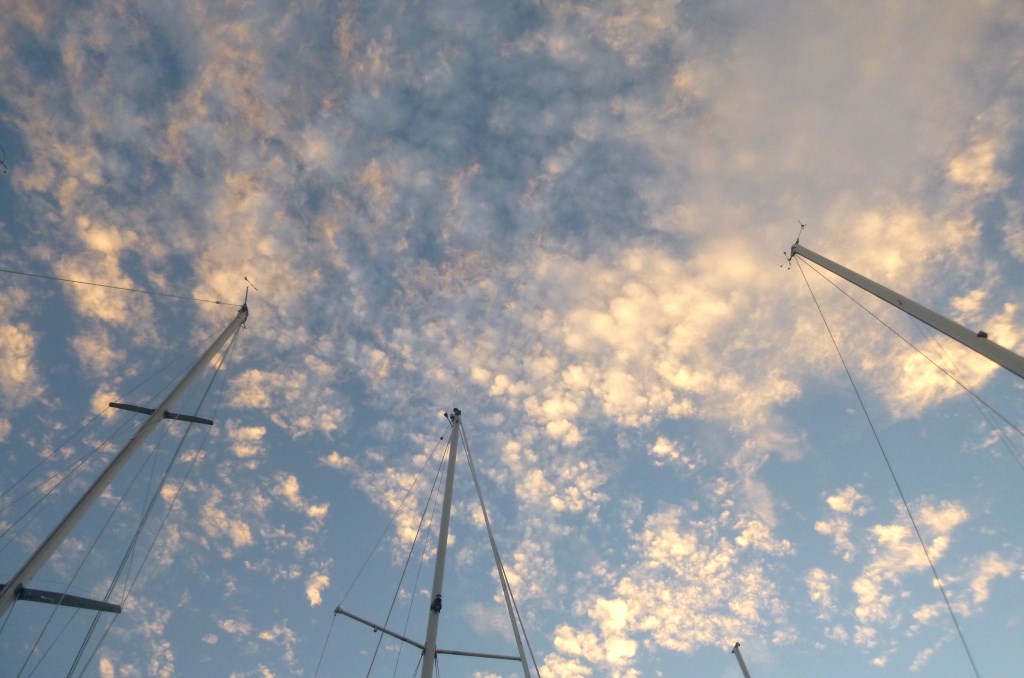 We don’t expect 70° in November, but we’ll certainly take it. And even when there are no boats to race or places to go or maintenance catastrophes to joke about, a basic day of sailing and looking at the clouds can still pack plenty of marvel for me.