This past weekend was the annual Windjammers Frostbite Race, although there was no frost and very little bite.

Jen wasn’t feeling great on Saturday and bailed on racing, but the forecast was calling for 0-5kts of wind, so I figured that Sailor Steve and I could handle it. As it turned out, it was closer to 0kts. 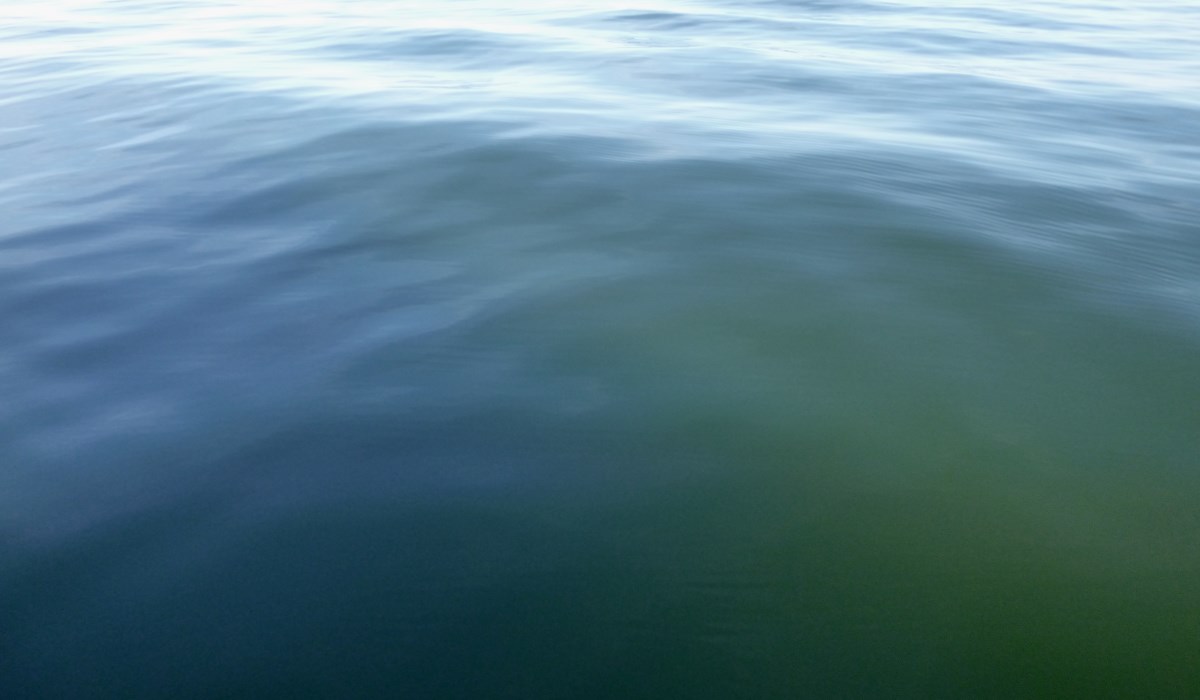 When we shoved off there was still a hint of breeze, so we put up the mainsail to putt around before the race, but it soon dropped to nothing and we were left drifting at sub-Rimas speeds. The race committee eventually called the race off. I felt bad that Sailor Steve had driven all the way to the shore for nothing, but all we could do was eat our racing hoagies and fire up the engine.

The club had an Oktoberfest party scheduled for that night, and with no race, I was back at the dock pretty early. In the spirit of Oktoberfest, I made the executive decision to drink beer all day and sleep on the boat. Jen came in for the party and brought me extra blankets—although it had been in the 70s during the day, it was supposed to go down into the 50s overnight. The usual crew hung around well into the evening and I slept well in the cool autumn air.

On Sunday, we agreed that we would try to have the race again. Conditions were still light, but there was enough wind to blow the boats around. Sailor Steve couldn’t make it back, so Jim from Sashay was conscripted to crew with me on Fortuitous. 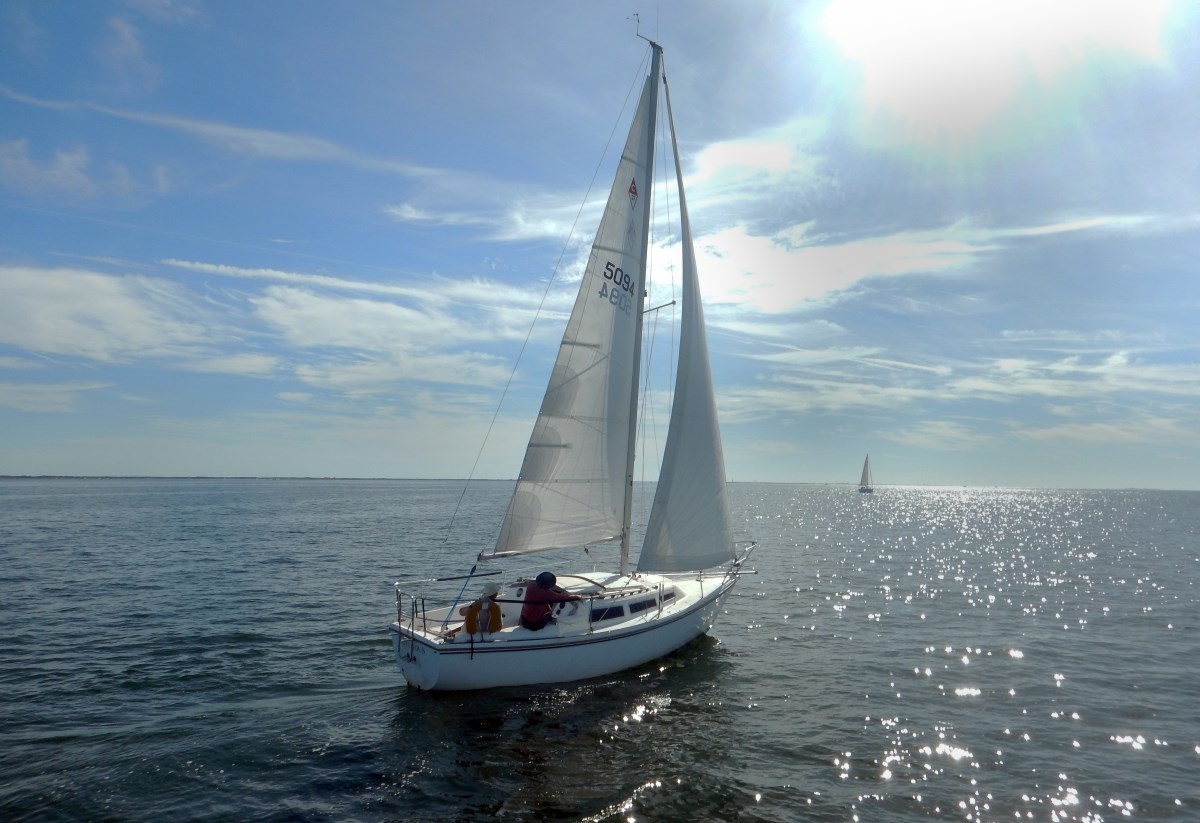 We nailed the start. Sunset and Island Breeze crossed the line several boat lengths behind us and bumped into each other. Jim fed me constant encouragement as we clawed our way slowly upwind. Sunset eventually got untangled from Island Breeze and surged ahead, passing us on the first leg. I thought that we were in good shape to fetch the mark after our second tack, but Tiki overtook us to windward and completely smothered our air. I’m not exactly sure what happened, but once they got done with us it was as if we were drifting sideways through the water and we wound up having to throw in extra tacks to get around the mark.

The downwind leg was brutally slow, with the apparent wind dropping to almost nothing. The wind direction had shifted somewhat after the course had been set, so it wasn’t dead downwind to the leeward mark. We attempted to set up for a broad reach and sail straight to it, although the jib was somewhat blanketed by the main. Sunset elected to sail wing and wing slightly off the mark and then jibe once they could sail to it with the wind more toward their beam, opting for boat speed over sailing the shortest course. I think they probably had the right idea, although everyone was so slow in those conditions, we were still mostly keeping up. 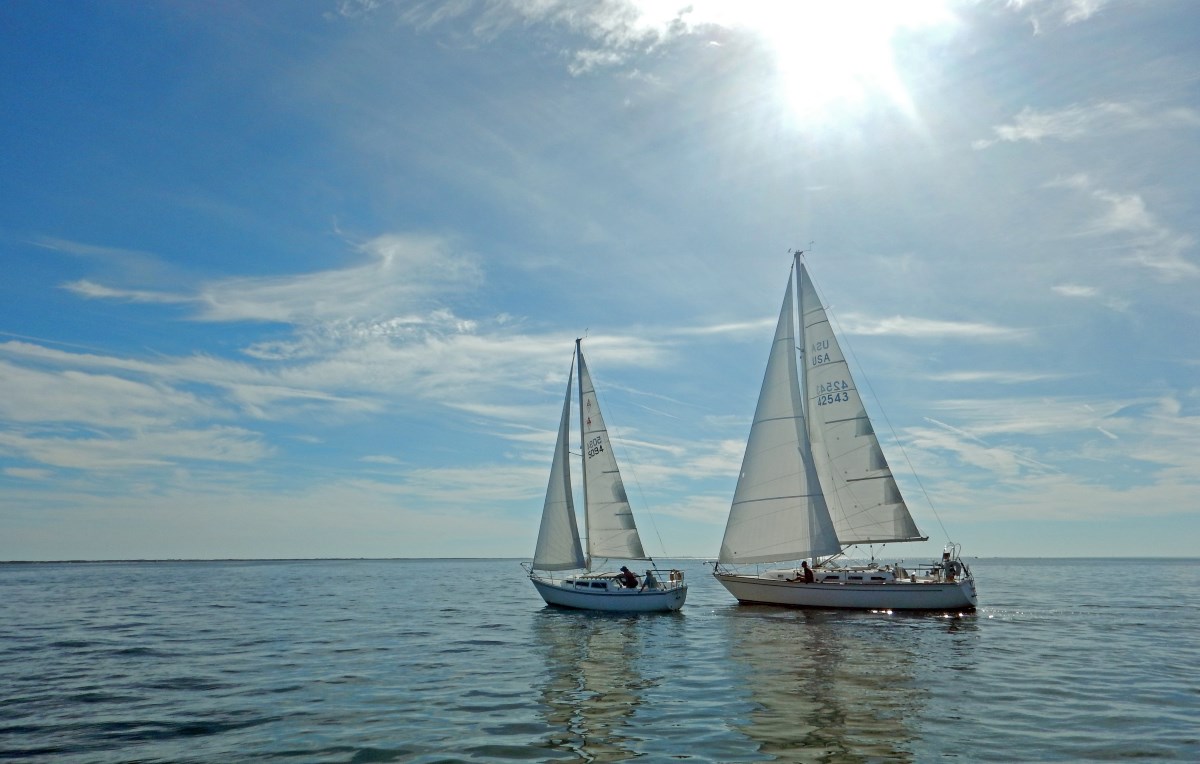 In the end, we benefited greatly from our rating and wound up coming in second behind Sunset on corrected time.

I’ve been in Frostbite Races where we were dressed in layers and still cold, fighting against winds gusting over 40kts, so I’m not complaining that this year’s race was a bit of a misnomer. I’ll take wearing short pants in October any day. I’m glad that we got one last race in, and really appreciate that I had good crew for both days.