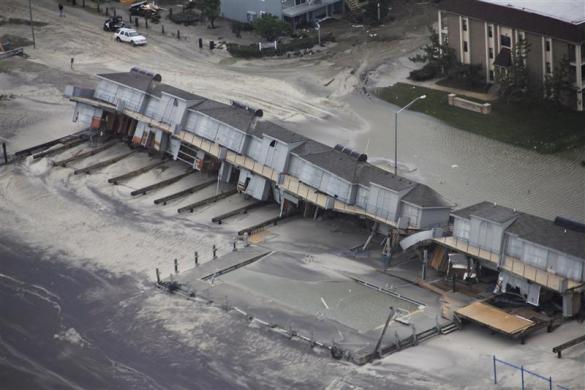 Hurricane/Nor’easter Sandy has had a devastating impact on the northeast, but we and Fortuitous have escaped unscathed. We could smell the ocean at our house, which is about 50 miles from the closest saltwater, but the trees and power lines here somehow withstood the rain and winds. Here are a few images that were pertinent to us.

A large tree was blown over about 30ft from our boat. Val took this photo: 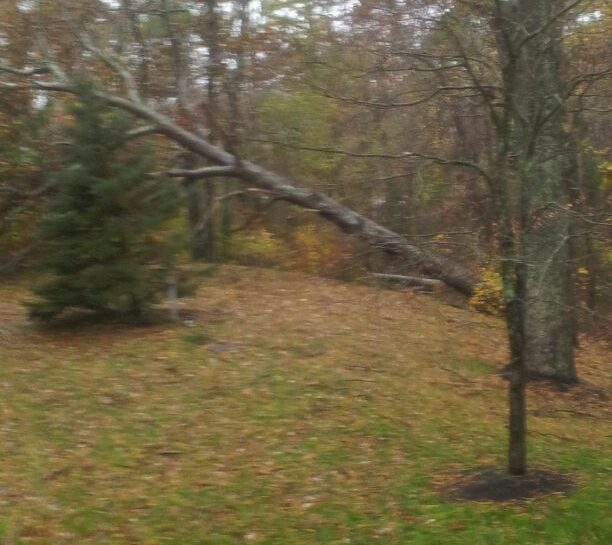 My other boat also narrowly escaped destruction. Yes, there is another boat. I also have an 11′ Coleman Crawdad, a green plastic jon boat, that lives at my parents’ house. My dad pulled the boat up to the house in preparation for the storm, and a huge branch fell directly where the boat had been. 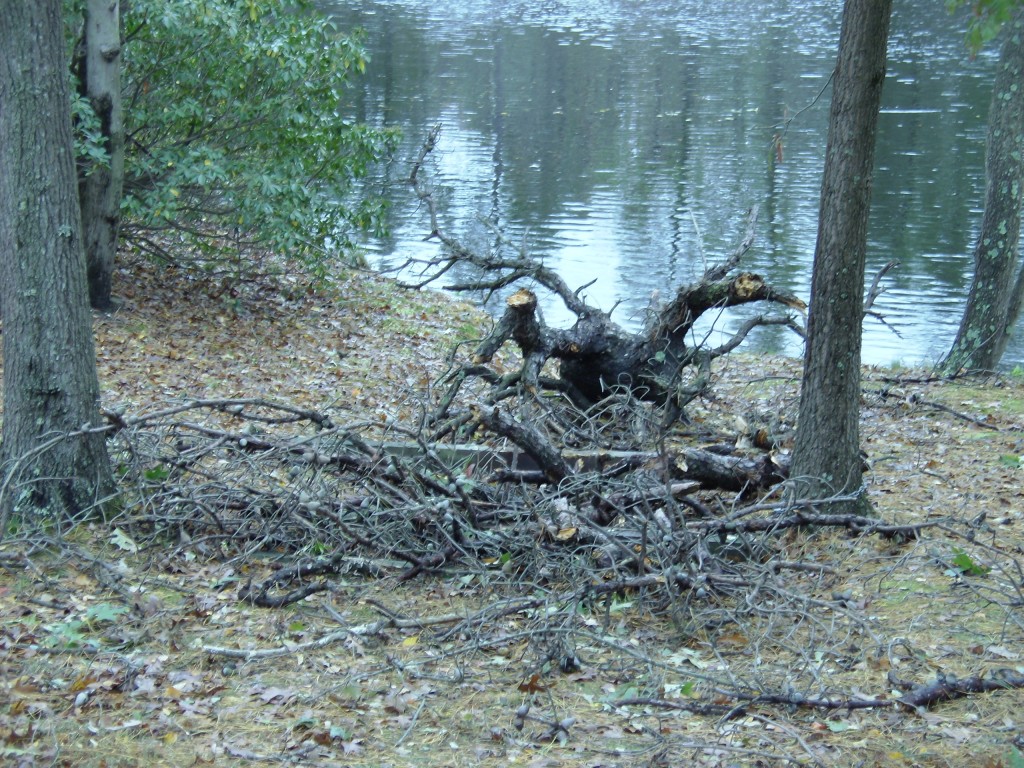 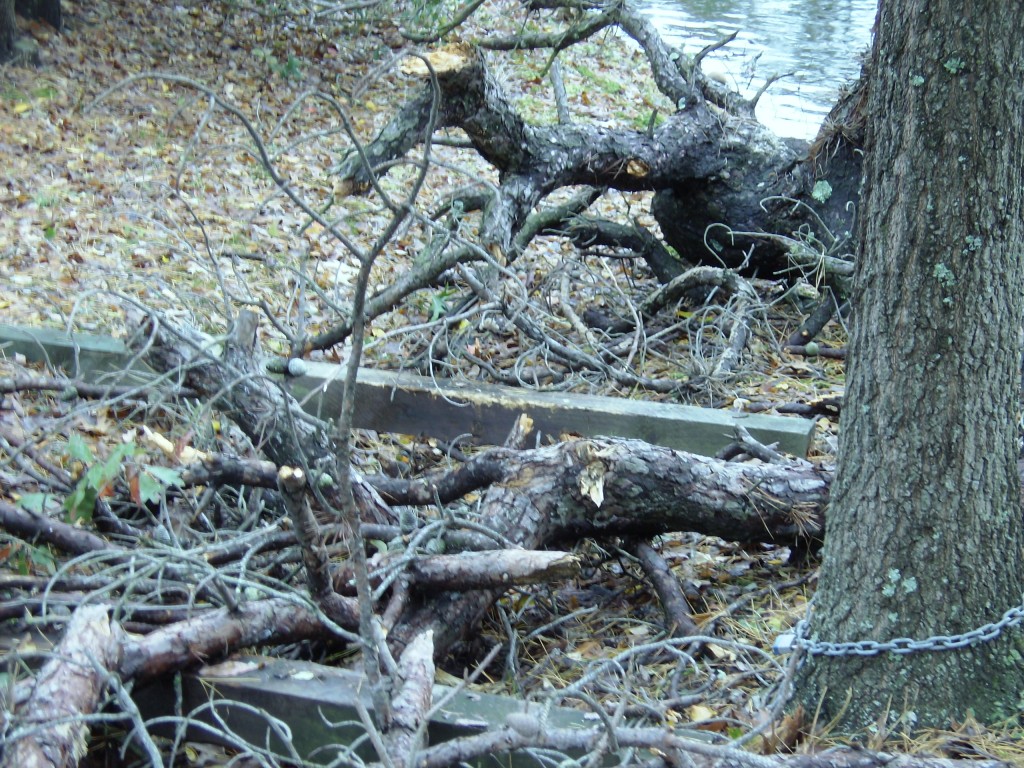 There is limited power and mobile phone service at the shore, and information on the status of either Trixie’s or our sailing club’s marina, Cedar Creek Sailing Center, has been slow in making its way out. This evening, we finally got some video of Cedar Creek, taken by a fellow club member. I’m not sure how impactful some of the details will be to people who don’t know the layout of the marina, but suffice it to say that most of these things are usually on land.

Although the offices suffered extensive flooding, there was no major damage to the boats, which is pretty amazing given the conditions. The marina did an incredible job of getting the boats hauled and firmly blocked to withstand the storm-force winds and surge. We’re told that the marina usually can pull about 4 or 5 boats a day, but on Friday alone they heroically hauled 33 boats.

As bad as the flooding was at Cedar Creek, many places along the Jersey Shore (and elsewhere) had it much worse. Here are some US Coast Guard aerial photos of Tuckerton and Brigantine, borrowed from Reuters. 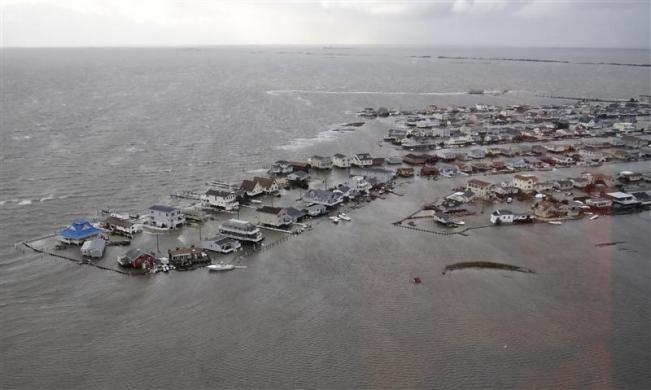 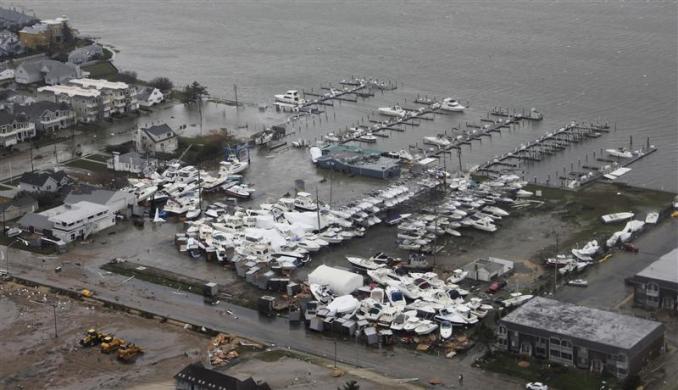 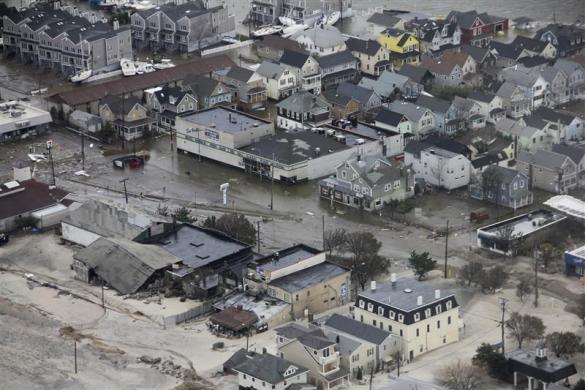 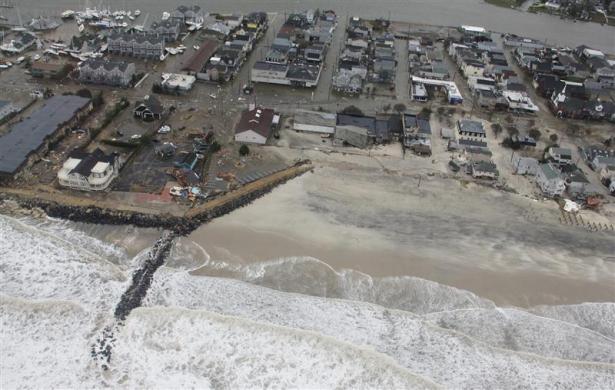 Best wishes to everyone out there who’s been impacted by this storm.