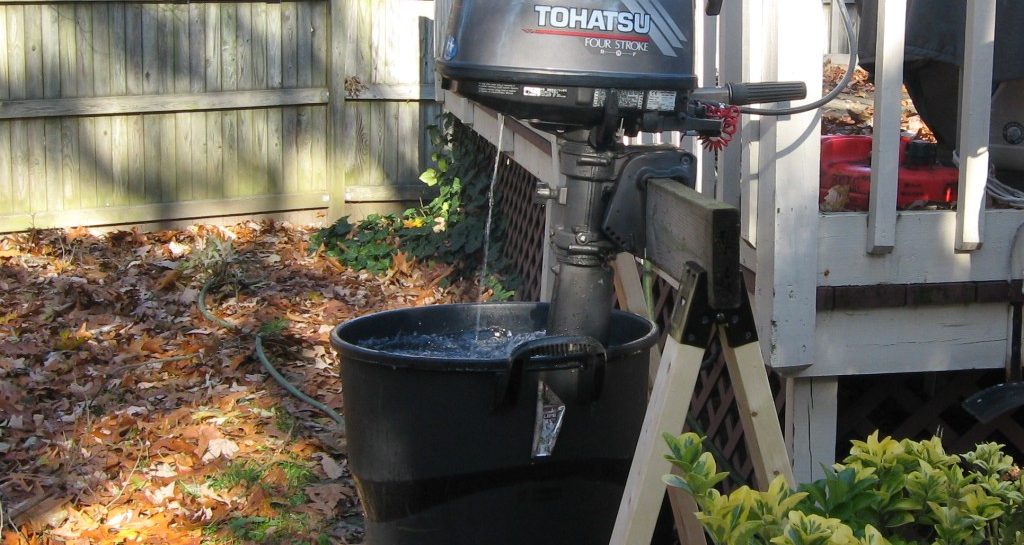 A man can only keep an outboard in the kitchen for so long.

Jen is well-acquainted with my ridiculous behavior, and is generally pretty forgiving when I do things like commandeer a dining room table for months to build a guitar or something. This season, however, was the first time that we brought home our boat’s outboard motor for the winter. We’ve always had the marina winterize it, but with the hurricane I figured that they had more important things to deal with, so I just pulled it and brought it home.

Despite the fact that I have only a scarce theoretical knowledge of how engines work, winterization went fairly well [Pro Tip: Do NOT put the motor in gear while running it a trash can], although I couldn’t complete the entire, ever-expanding, process in one weekend. I parked the whole contraption just inside the back door, which happens to be in the kitchen, while I pondered how to replace the lower unit oil.

While it was in the kitchen it started leaking something, which was a huge source of concern. I put down some paper towels and consulted the internets for advice, eventually figuring out that it was nothing—just some dirty water that had collected around a rubber plug (a.k.a., Part No. 9). It always seemed like there was one more thing to do to really winterize it, and during that time the outboard and sawhorse became something of a fixture in our kitchen.

While Jen is fairly understanding of my insanity there is a practical limit to her patience, and with Christmas rapidly approaching it started to become clear that the motor could not permanently live there. I assured her that I would get it out of the kitchen, and this time I came through, doing what any normal, rational person would do: I moved it to the living room. 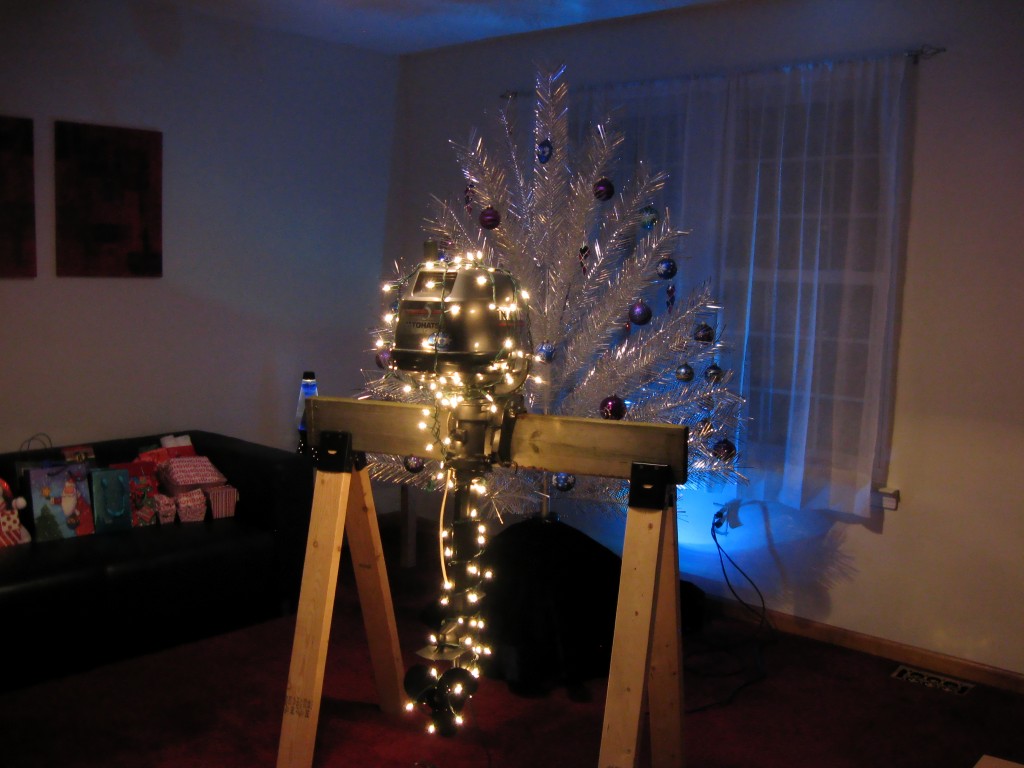 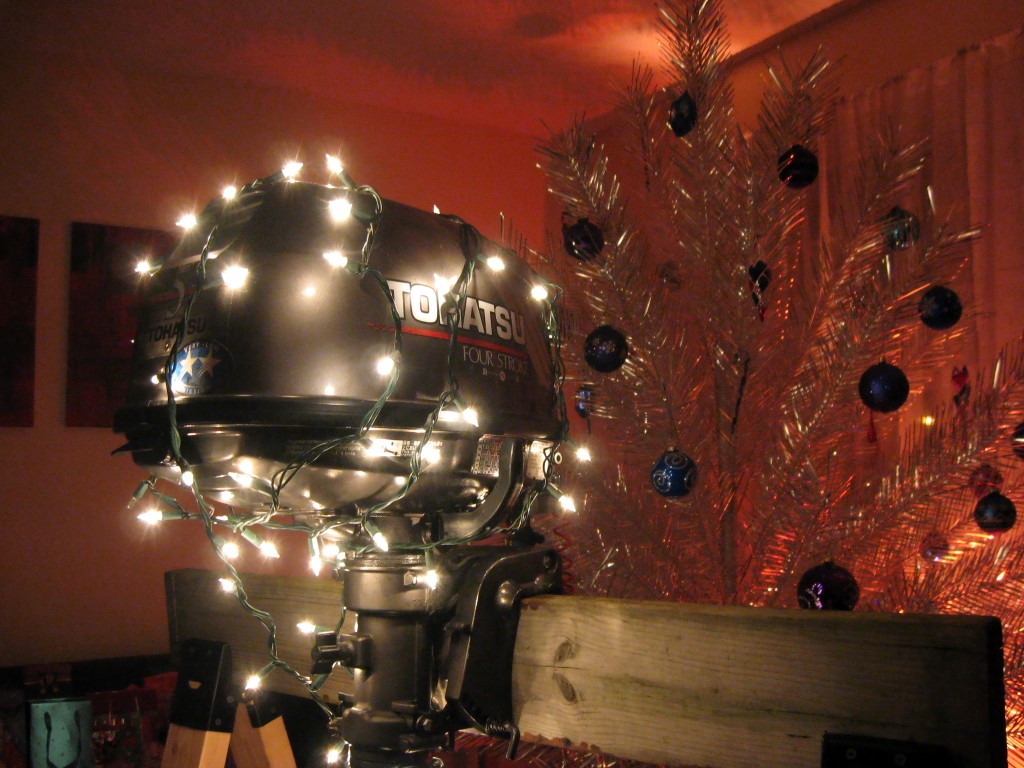 We gave a lot of thought to titling this log entry, but there is surprisingly little overlap between Christmas themes and outboard themes. Failed ideas included:

Yeah, these are terrible. Needless to say, the motor is now safely in the basement until spring.