With Jen away for the weekend, I got to test out my skipper skills and share the sailing experience with some first timers.

Jen was in North Carolina with her parents gallivanting with lemurs. I don’t claim to fully understand the lemur thing, but I think it started with my mother-in-law’s ring-tailed lemur stuffed animal. He usually goes by Ringy, and is your typical pleasant plush toy, but he suffers from dissociative identity disorder and his alter ego, Lemmy, is usually up to no good (not to be confused with Lemmy of Motörhead, requiescat in pace). Ringy’s (or Lemmy’s) behavior inspired Jen to sponsor a real lemur for her mom at the Duke Lemur Center, which eventually led to this in-person lemurfest in Durham.

Regardless of any Madagascan primates, I’ve still got to sail, so I invited Kenny and Lia to go with me. They had never been on a sailboat before, and at this point, I feel like it’s been a long time since I’ve been on a boat with people who don’t know how to sail. It’s easy to forget that normal people don’t necessarily know how to step onto a boat or tie a cleat hitch, so I had to recalibrate my thinking and start with the basics. I immediately got them working, untying docklines and placing them so that we could easily retrieve them later. 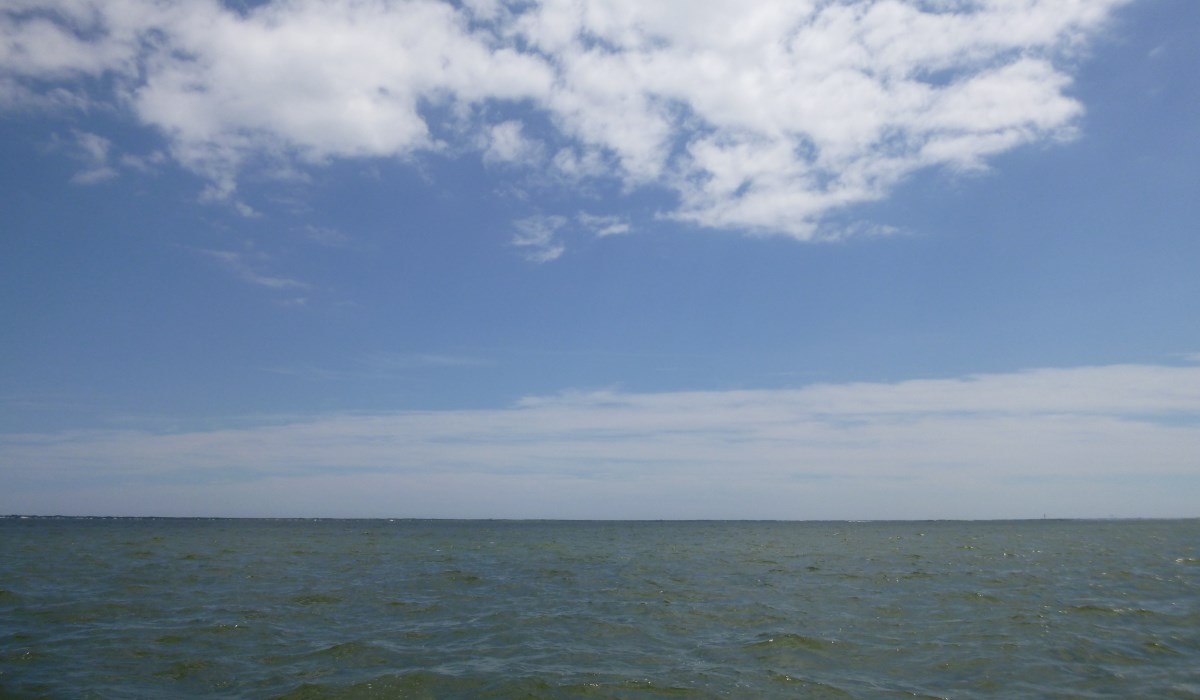 The weather was nearly perfect for an introduction to sailing, with 10kt winds from the southeast. Kenny volunteered to take the tiller at the mouth of the creek, and he kept us head-to-wind as I raised the full mainsail. We sailed slowly toward 40 and Lia and I deployed the jib. We couldn’t point high enough to clear the shallows around Laurel Harbor, so we almost immediately had to tack: Kenny remained on the helm while Lia and I brought the headsail over. We tacked again to avoid the Barnegat Breezer—the Hobie 16 Division Championship race—and were able to make it all the way down the bay on that tack. Lia took over the helm about half way down. We sailed all the way past BI before coming about and sailing back up the bay on a beam reach. 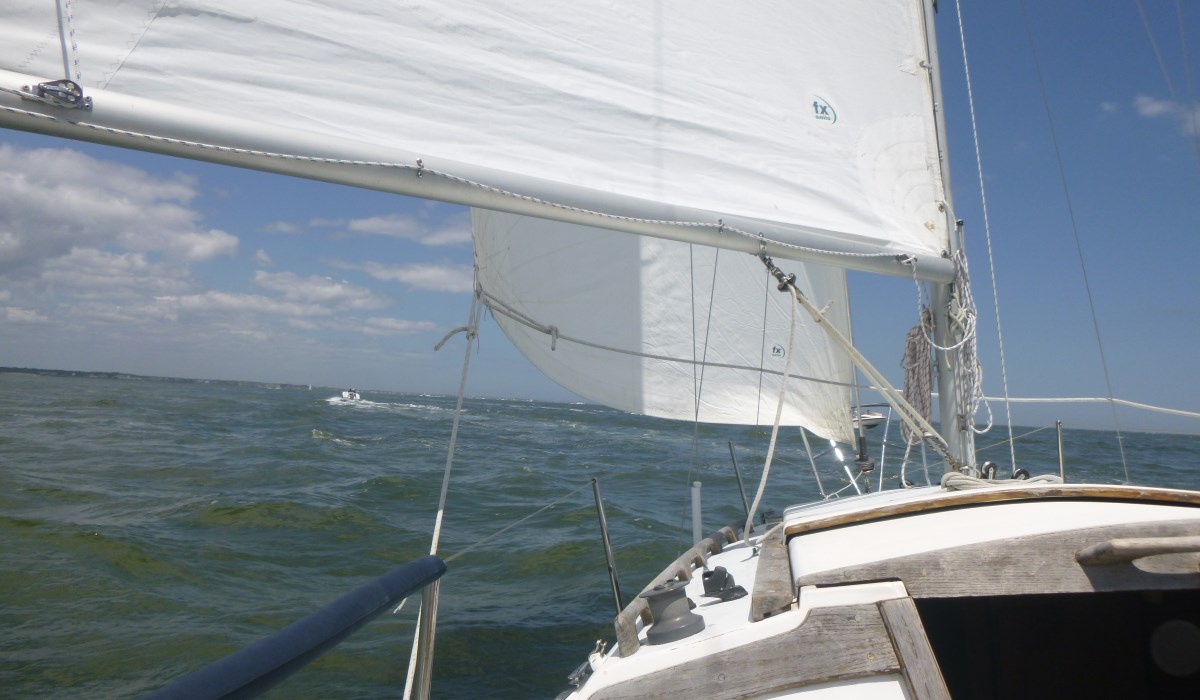 We saw the same Falmouth Cutter that we saw last week in Toms River, and I was able to get a better picture of her. I was initially concerned that we weren’t going to pass her, but I did some quick trimming and we eased past.

When we got back toward Cedar Creek, the crew wanted to go for a swim, so we doused the sails and motored into the cove behind Berkeley Island. I was a little nervous about anchoring, since sometimes it seems like Jen and I can barely anchor, but it worked out fine. Berkeley is well sheltered and has good holding mud, and our Manson Supreme’s setting power is intense. We actually had a more difficult time retrieving the anchor after our swim, but eventually got it sorted.

Kenny and Lia did great. I hope I was able to strike the right balance of keeping them engaged without making them feel like forced labor. I have a strong sense that you don’t really understand something until you have to teach it to someone else, and the exercise of walking them through every step of everything while avoiding the arcane language of sailing was an interesting challenge for me. They turned out to be great crew, and I hope they had a good experience sailing for the first time.